The show's stand-in entertainment presenter and weatherman were left in hysterics earlier today when an image flashed up of an edible self-portrait of the stay-at-home dad appearing to hold a baby – which looked more like a penis – in last night's launch episode. 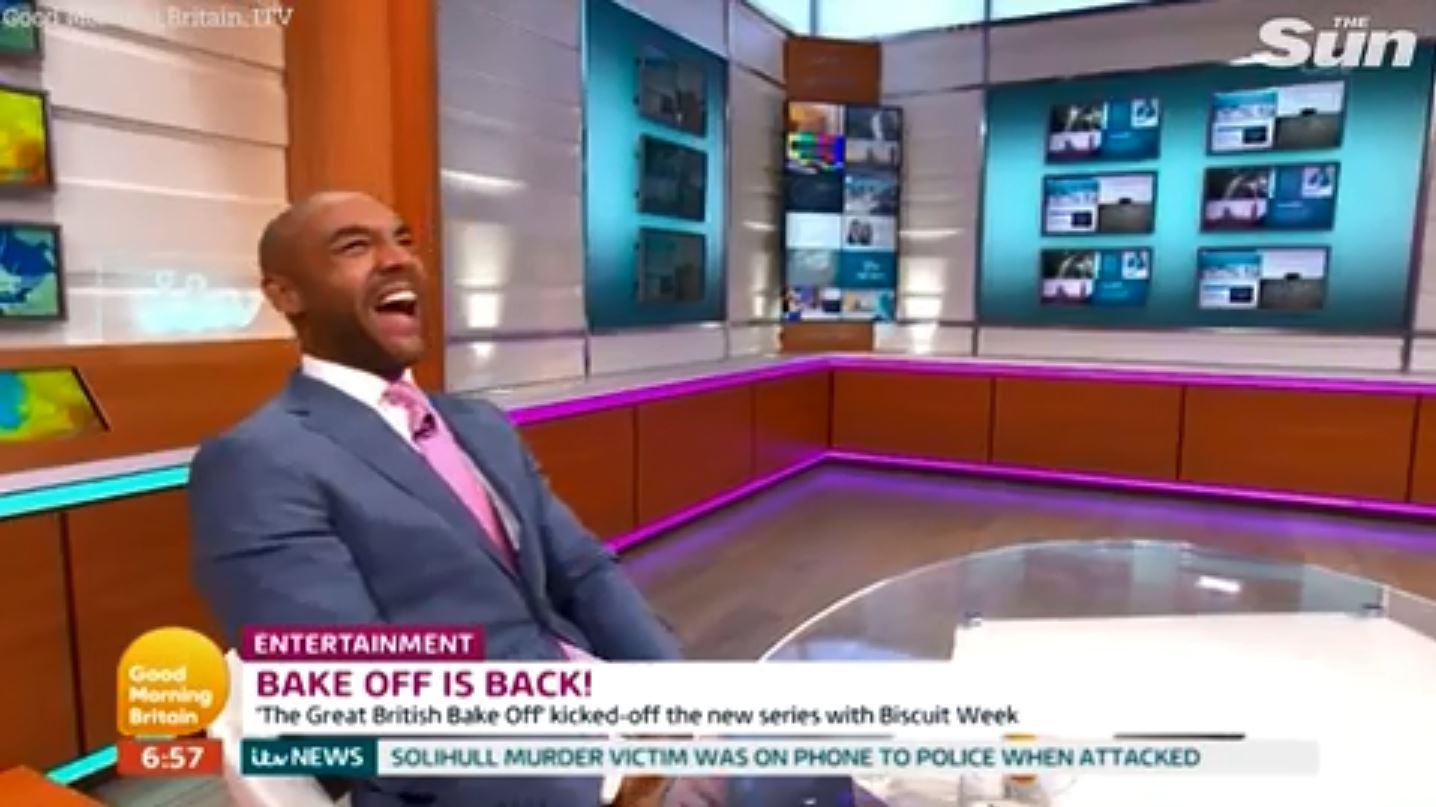 Stacey Solomon's boyfriend, 36, was announcing the morning's entertainment news when a picture from last night's episode of the hit BBC show was shown on screen.

Joe asked hosts Kate Garraway and Charlotte Hawkins: "What do you think that looks like?

In the background, a hysterical laugh could be heard, and the camera then panned to Alex, 37, who was failing to stifle his amusement at the funny shot. 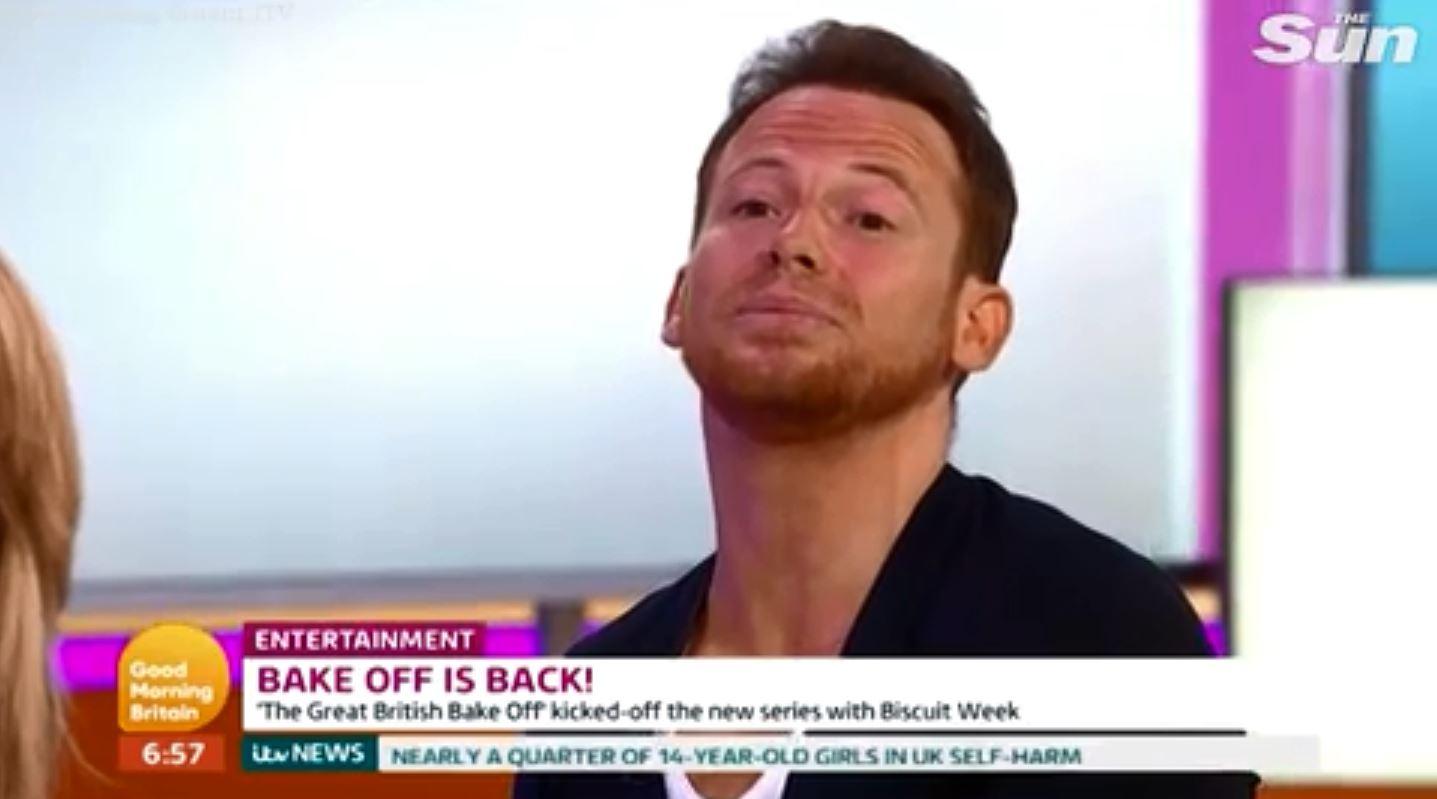 It comes as Great British Bake Off viewers were left in hysterics last night after a penis-shaped biscuit made an appearance.

The new bakers were tasked with making self-portraits out of biscuits for their showstopper challenge during the first episode of the new series.

Stay-at-home dad Dan Beasley-Harling decided to make his about the special moment he met his child for the first time in Palm Springs.

However the finished treat looked like he was holding something very different. Co-baker Kim-Joy was the first to point out that the baby wrapped in a pink blanket looked a bit like a penis.

Judge Paul Hollywood also agreed when it came to the judging, but refused to say it looked like male genitalia, saying: "I question the baby, it looks like a massive prawn." Viewers weren't afraid to say it though, taking to Twitter in their droves to comment on the 'penis biscuit'.

One wrote: "My wife just took one look and went 'oh my god, that's a penis, why's he holding a penis' #GBBO".

Another tweeted: "My mother has been creasing herself laughing for a good 15 minutes now over the penis biscuit #GBBO".

A third agreed, writing: "Don't be coy Paul, we all know it looks like a penis #penisnotprawns #GBBO".

Meanwhile a fourth said: "Why is no one talking about the questionable biscuit/penis in #GBBO".