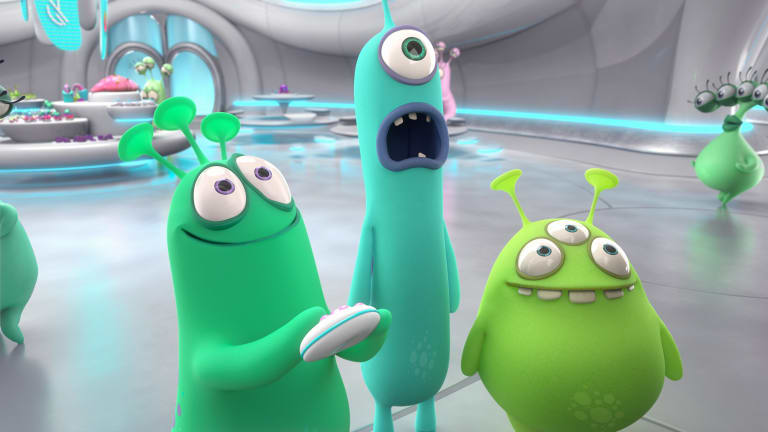 Minion-esque creatures in Luis and the Aliens.

After the breakout success of the mischievous Minions from the Despicable Me series, it's to be expected that other animators should try to get in on the action by creating their own naughty monsters ― as the German team of Christoph and Wolfgang Lauenstein have done in Luis and the Aliens, an English-language European co-production starring a trio of chortling, child-sized, shape-shifting blobs who resemble fluorescent bath toys and prove to be just as harmless.

The aliens, we learn, grow on their mothers like fungi before eventually dropping off, a milestone known as 'detachment day'.

As it turns out, the close encounter between the lonely young hero Luis (voiced by Callum Maloney) and the new arrivals is a blessing in several respects. Not only does Luis finally have some friends to
encourage him, he also gets his chance for revenge on a neighbourhood bully (Eoin Daly) as well as
evidence for the far-out theories of his scientist father (Dermot Magennis). 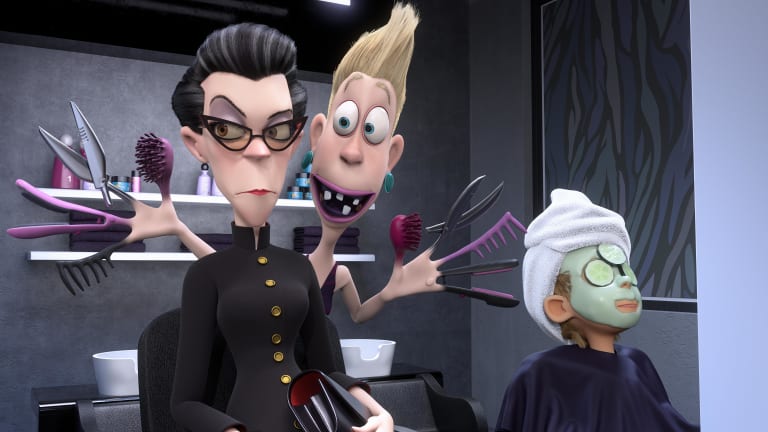 Not much to dislike, but equally, not much to wow.

For the viewer, the most winning thing about these extra-terrestrials is their resemblance to the rubbery cartoon characters of old, in an era when much computer animation strives for a semblance of photorealism. Their dialogue likewise has some imaginatively grotesque touches of a kind you might not get in a regular Hollywood kids' movie: the aliens, we learn, grow on their mothers like fungi before eventually dropping off, a milestone known as “detachment day”. 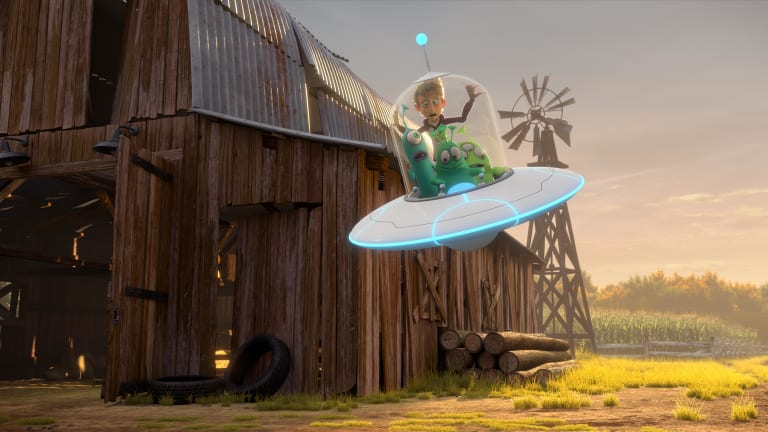 But these moments are fewer than you'd hope, nor does the suburban setting ever really come to life
(stylising bland conformity, in the manner of Tim Burton, is a harder trick than it looks). The actual plot is thin to the point of absurdity, much of it hinging on the aliens stumbling on an Earth infomercial and conceiving the desire to buy a certain kind of vibrating mat.

On the whole, there is little to dislike in the film ― but equally, little to give the Minions anything to worry about.