Note: This article contains discussion of depression and suicidal thoughts that some readers may find upsetting.

The BBC soap worked with the mental health charity Mind on the one-off which departed from Holby City’s usual format. 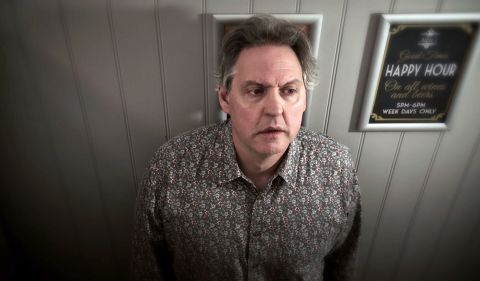 The episode began showing the death of Connor, one of Sacha’s favourite patients who died on the operating table.

Sacha – played by Bob Barrett – had promised Connor he would survive and following the tragic outcome of the surgery, Sacha went to the hospital roof where colleague Ric Griffin followed him.

While Sacha relived the events of the past year, viewers were shown scenes from previous episodes but from a new perspective.

We saw how Connor had helped him during his battle with depression, as well as how the shooting in the hospital had affected him.

Viewers praised the episode for its realistic portrayal of Sacha’s struggles and heartbreaking scenes, as well as its depiction of Ric, who didn’t totally understand what his friend was going through.

Holby City airs on BBC One.

We would encourage anyone who identifies with the topics raised in this article to reach out. Organisations who can offer support include Samaritans on 116 123 (www.samaritans.org) or Mind on 0300 123 3393 (www.mind.org.uk). Readers in the US are encouraged to visit mentalhealth.gov or the American Foundation for Suicide Prevention.