Hollyoaks will air dark scenes next week as Buster Smith’s grooming of Ollie Morgan steps up a gear.

The Channel 4 soap is currently exploring a sexual abuse storyline, with Buster abusing his position of power to groom Ollie.

Upcoming episodes will see Ollie face more struggles in his personal life, as his dad Luke’s drinking relapse continues to cause chaos.

Ollie’s week initially gets off to a bad start when Luke and Mandy embarrass him by publicly arguing in the village, leaving him furious. 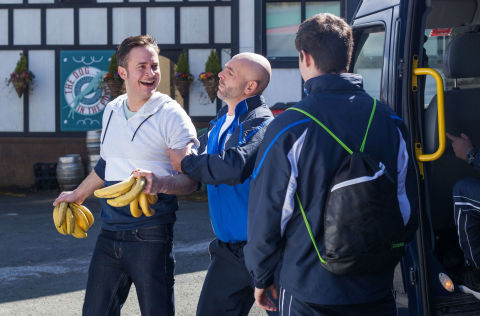 However, things soon take a more harrowing turn for Ollie when Buster spots an opportunity to get him alone after a training session.

After persuading Ollie to do some stretching, Buster closes the door, with the teenager later rushing out of the room distressed.

The aftermath of the incident will see Ollie decide to quit the football team for good, but he’s left in a difficult position when Luke persuades him to give it another go. Will Ollie tell Luke what happened with Buster? 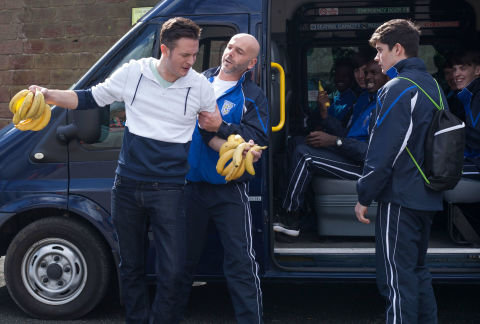 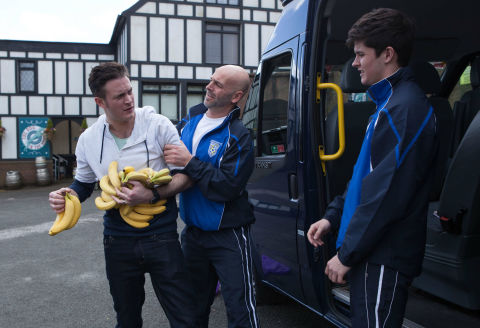 Survivors Manchester is available to support boys and men who have been affected by sexual abuse and rape. Its website can be found atwww.survivorsmanchester.org.uk and its helpline is 0161 236 2182. Local support agencies for all male and female survivors can be found atwww.thesurvivorstrust.org. In an emergency, please dial 999.