Hollyoaks is bringing back Dennis Savage next week when he arrives in Chester for his uncle Dirk’s funeral.

Joe Tracini has reprised his role as Dennis for the sad scenes, which will see the Cunningham and Savage families pull together on the difficult day.

Dirk lost his life when he was electrocuted in the swimming pool, after a final showdown with scheming Milo Entwistle. 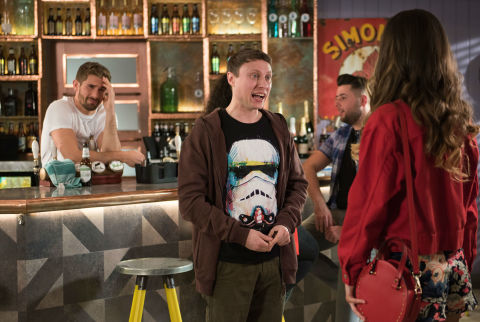 Dennis’s return scenes will see him catch up with his cousin Liberty, as well as causing some rather big problems for a guilty Milo.

When the day of Dirk’s funeral arrives, Dennis is confused to catch Milo trying to get his hands on the camcorder – which features his incriminating confession about killing Tom’s parents.

With Milo determined to find the camcorder before Cindy unwittingly plays the footage at the wake, Dennis drops a bombshell by revealing he’s already burnt it on to DVD last night. 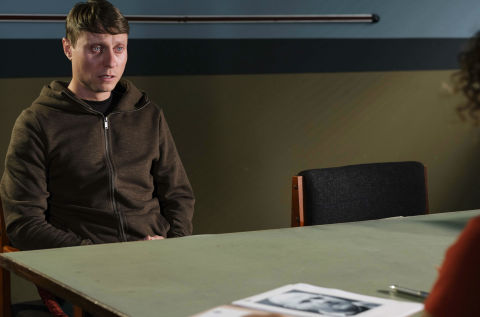 As Milo’s lies begin to come unstuck, fans will have to wait and see whether Dennis can support Dirk’s grieving family – and how long he’s planning to stick around for.

Digital Spy Soap Scoop video – hit play below for all the latest Hollyoaksspoilers, as Luke says too much to Ollie and Harry could be James’s last hope.