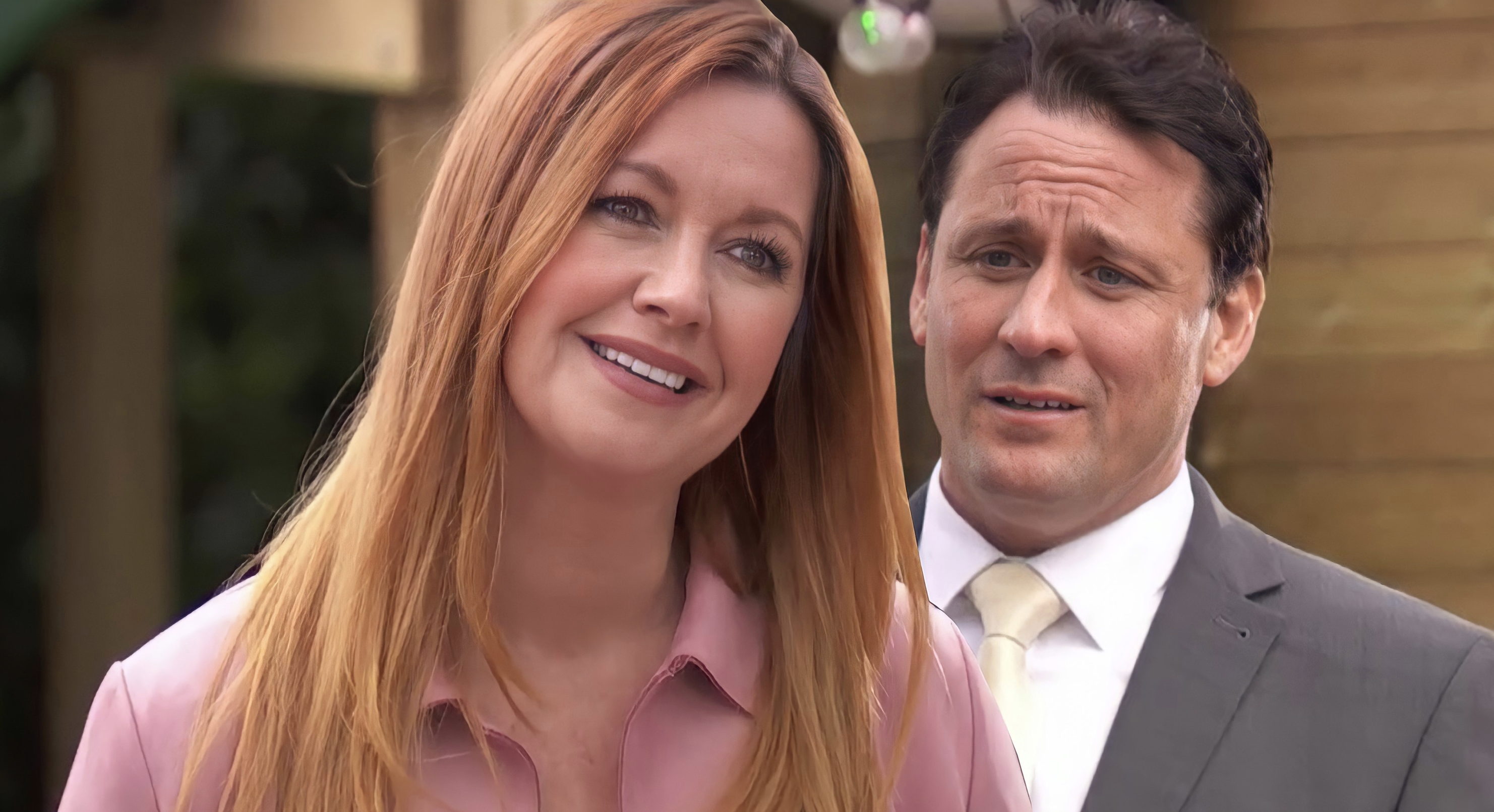 Tony Hutchinson (Nick Pickard) can’t quite believe his ears in Hollyoaks next week, when Diane (Alex Fletcher) reveals that she wants to re-create lockdown.

Diane has been struggling with her mental health over the last few months, in the wake of her pregnancy discovery.

She feared that the baby was that of Tony’s (Nick Pickard) estranged and controlling dad Edward (Joe McGann) – a fear which was later realised.

Edward manipulated, gaslit and groomed Diane into having a relationship with him, and abused his position of power to influence her, even after Tony had returned to the village.

The controlling abuser has had an effect on Diane’s mental health, and her OCD battle has inhibited on her life, as she thinks she must do whatever it takes to protect her family.

Next week, Tony plans big surprise for Diane, but he of course has no clue that she is suffering with OCD.

Her condition escalates in upcoming scenes, as she resolves to cover every item of furniture in her home with protective sheets – something which leaves Verity (Eva O’Hara) worried.

Verity later relays her concerns about Diane’s mental health to Tony, but when he confronts his wife on the matter, she denies her sister-in-law’s claims.

Misbah Maalik (Harvey Virdi) later pays Diane a visit, but when Diane works out that Verity is behind said visit, she’s less than pleased.

Diane, desperate to protect her family, takes extreme action – leaving Tony shocked – and, later, she asks her hubby if they can create their own lockdown: one in which neither of them would leave the house!

What will Tony have to say?