Home » TV & Movies » 'I was sick to the stomach', confesses Ronan Farrow

Ronan Farrow, the investigative reporter who helped break allegations of sexual assault against movie mogul Harvey Weinstein, was urged to give up on the story and even doubted his own intentions, he has revealed.

Speaking at Antidote, the Sydney Opera House’s flagship festival of ideas, action and change, Farrow said he was followed by private detectives and threatened, lost a book publishing deal, and his agent and old bosses had warned him he may never find work again in journalism for a story that, best case, would not make a lasting cultural dent. Even some family members had worried if the story was worth the pain. 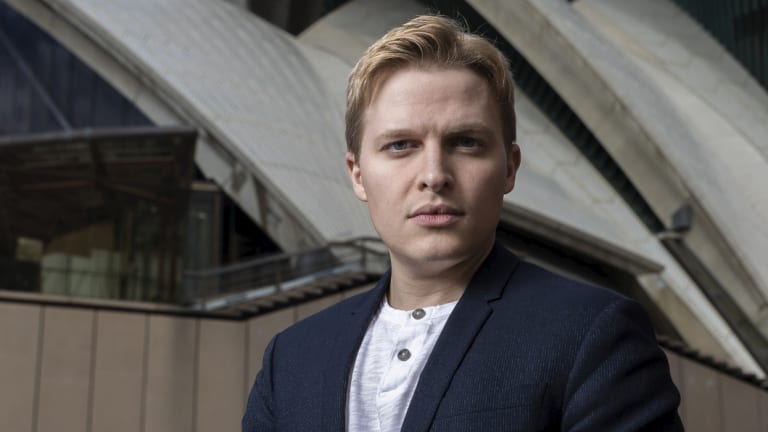 Farrow said he was scared at times, lost weight and was "sick to the stomach",  but that was nothing compared to the "brave" women who were retraumatised when their allegations went public. His own experience only highlighted the importance of listening to one's principals and inner voice to "fight like hell".

His low point had come in a taxi cab in New York after discovering he was about to be scooped by The New York Times, with which he later shared the Pulitzer Prize.

He remembers sobbing and thinking he had ''swung too wide''.

Farrow was working for NBC News when he originally began investigating Weinstein but he took the story to The New Yorker magazine when NBC declined to broadcast.

The reporter's stories were integral to the blossoming of the #MeToo movement, where as many as 70 women came forward alleging sexual harassment or abuse.

You can't outrun your identity or baggage.

Given the weight of allegations, Farrow said he could not see a "rolling back" from some feminist gains including incremental changes in legal doctrine in non-disclosure agreements, but there was still a "long way to go".

The wider Weinstein story, Farrow said, was about a set of systems across politics and culture used by the powerful to suppress and silence these abuse revelations, and this, and questions of breaches of journalist integrity, he was intending to write up in a new book, Catch and Kill.

Farrow said the US's First Amendment gave robust protections to journalists and, without a similar mechanism, there was a "tragic" stunting of adversarial investigative reporting in Australia and Britain necessary to drive robust policy.

His own celebrity lineage as the son of Woody Allen and Mia Farrow had been a double-edged sword, both opening and closing doors. "You can't outrun your identity or baggage," Farrow said.

The state of diplomacy in US foreign policy, or the lack of it, also preoccupied his thoughts. The retreat from multilateral diplomacy risked the US surrendering leadership to China in the Asia Pacific.

Sunday's line-up features Maureen Dowd, long-time columnist for The New York Times, and US whistleblower Chelsea Manning. The transgender activist's visa application was denied by the Australian government at the 11th hour.

"Chelsea Manning does not pose a threat to the national security of Australia," she said.

The Herald is a media partner of Antidote Festival 2018.