THE I’m A Celebrity castle is having emergency work to stop it from crumbling during filming later this year.

Builders were called in to tackle “vertical cracking” in the central keep at Gwrych Castle. 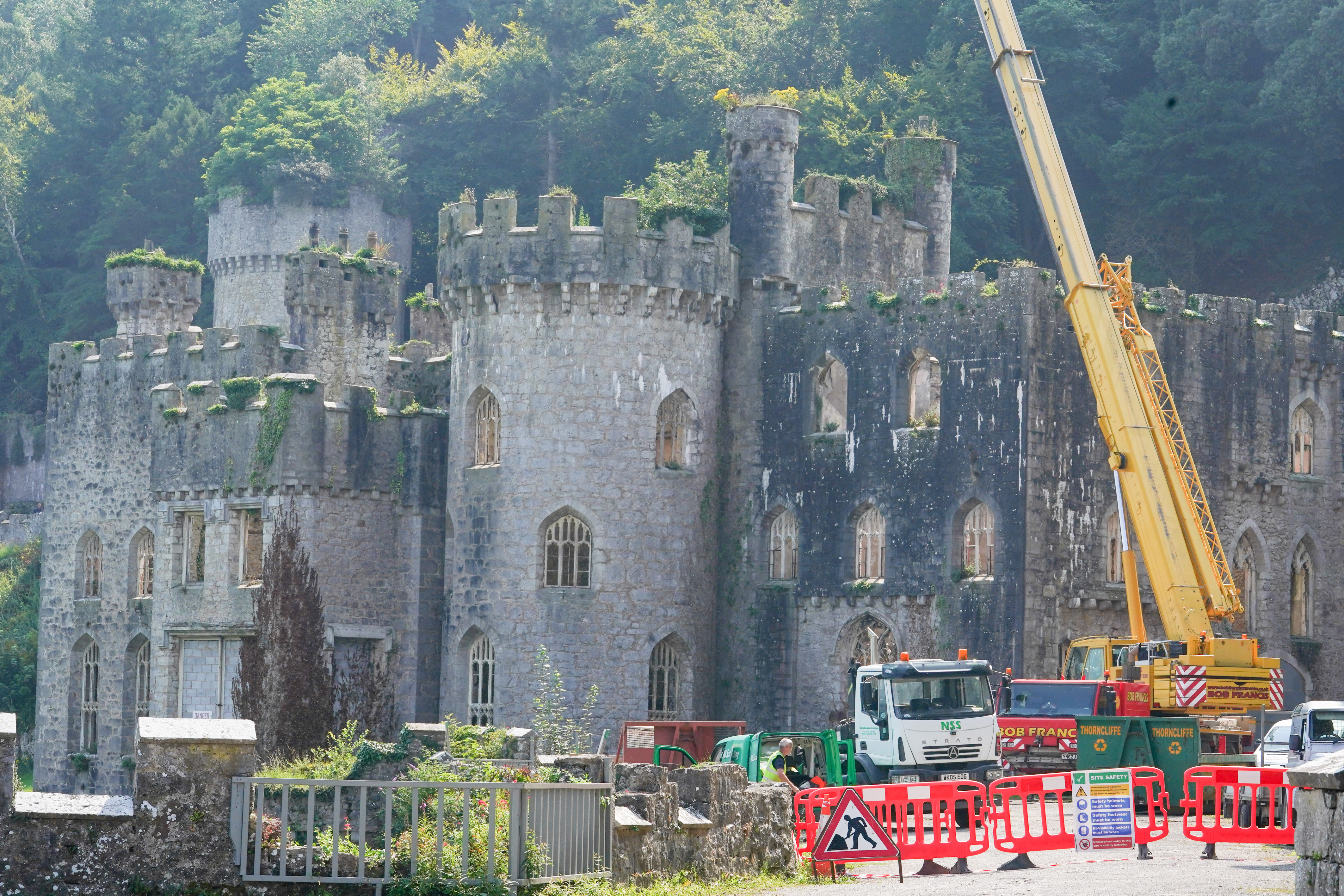 ITV are understood to have paid £1million to use the castle for six weeks — with blueprints detailing the damage in the stone walls and towers.

A post on its Facebook page on Monday read: “Day one of our planned emergency works to conserve the central keep at the castle.

“This area is a mix of medieval timbers and Georgian masonry.”

Huge cranes and workers were again spotted in action at the 19th Century castle near Abergele, North Wales. 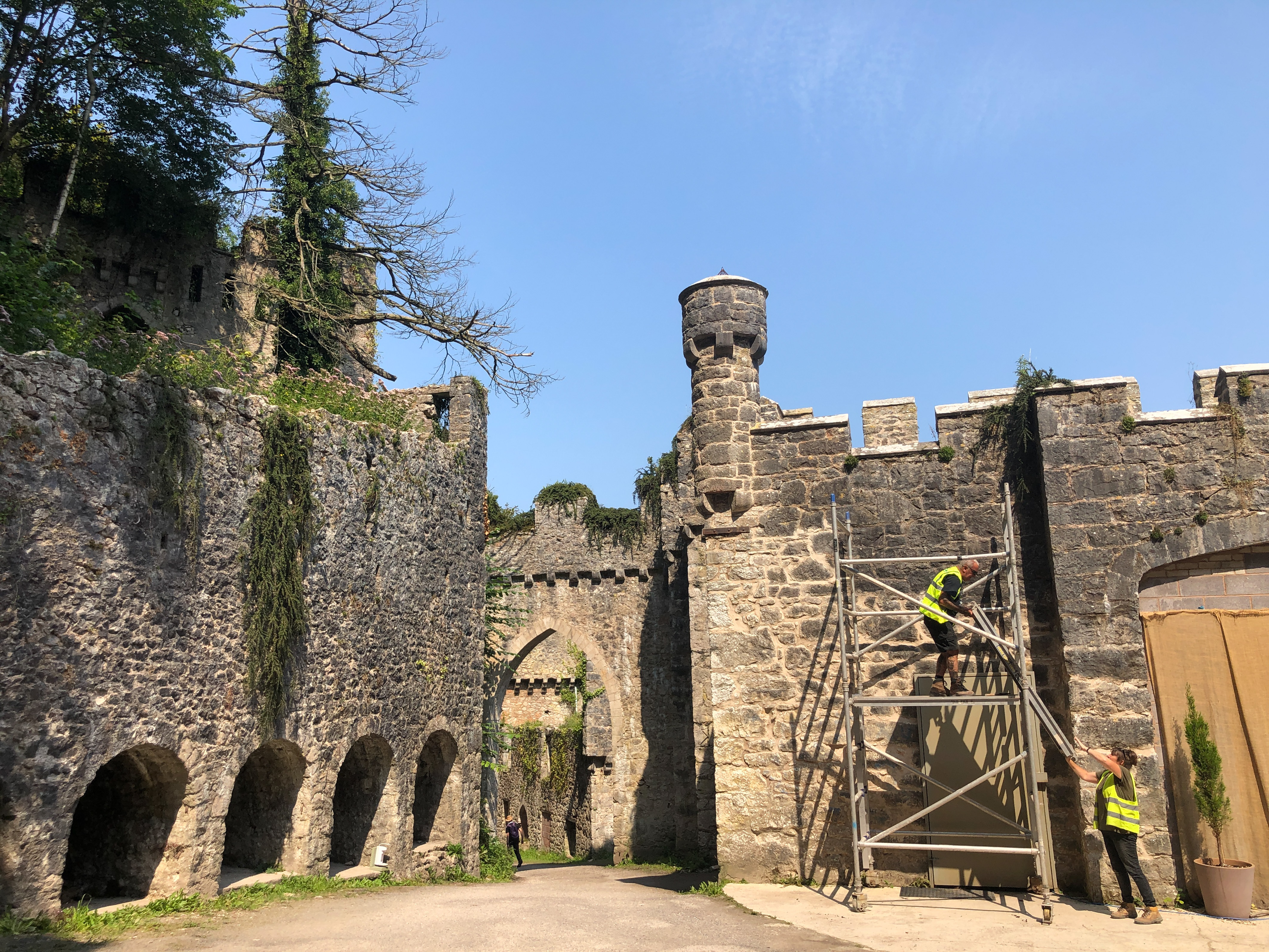 I’m A Celeb’s move to Wales came after lockdown restrictions made planning the show in its usual Australian location almost impossible — with internal borders closed Down Under.

Ant McPartlin and Dec Donnelly, both 44, who are celebrating 20 years at the helm of the hit entertainment series, will return to host this autumn.

Celebrities such as Tiger King star Carole Baskin, 59, Family Fortunes’ host Vernon Kay, 46, and former Strictly pro AJ Pritchard, 25, are all set to brave freezing winter temperatures to be crowned King or Queen of the castle.

They will be forced to chow down on sheep’s balls instead of kangaroo testicles. 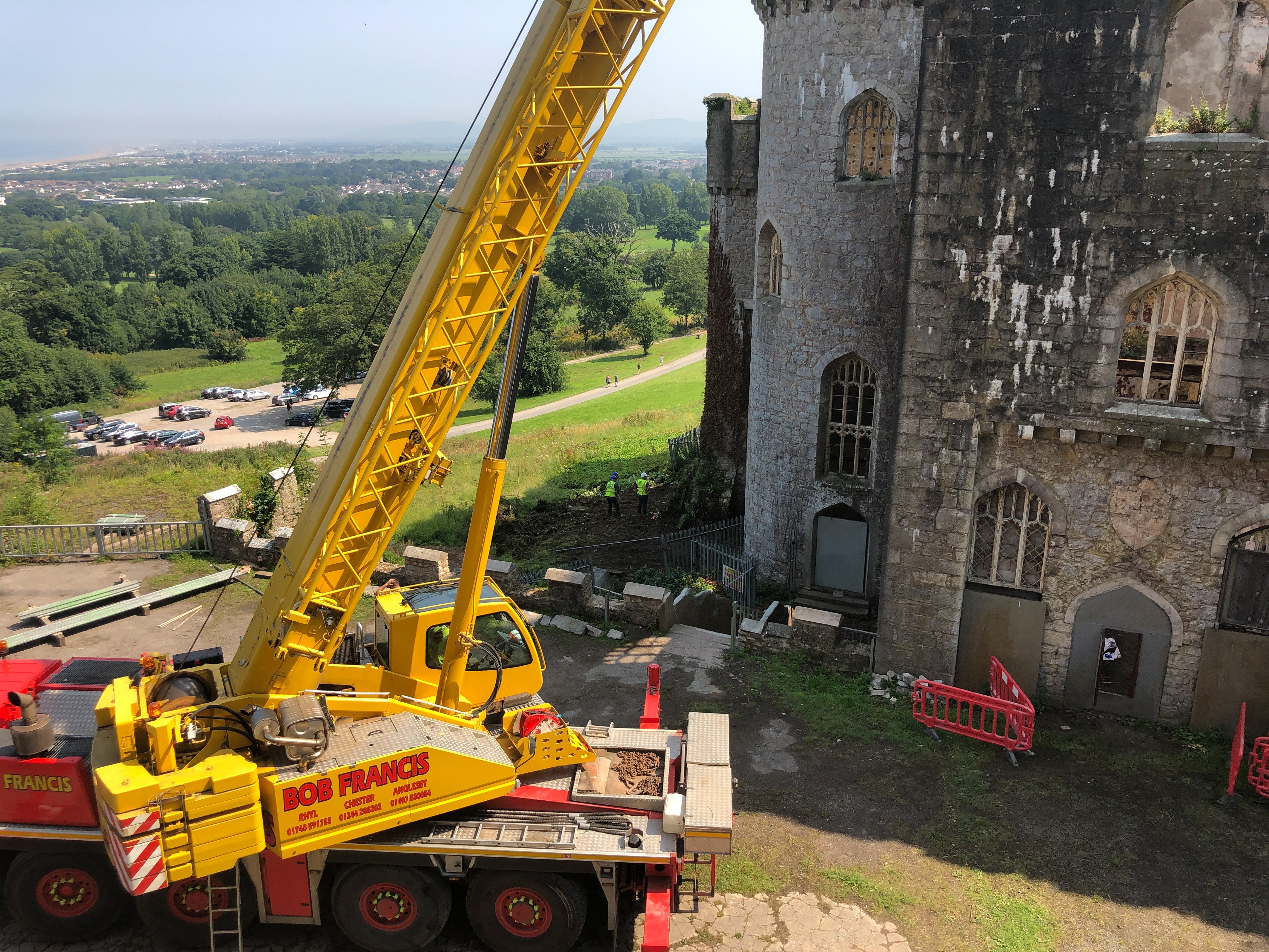 And the famous jungle shower will be replaced by bathing in a tin tub — with contestants competing for what are likely to be crucial supplies of hot water.

As well as living in the crumbling relic, the campmates could also be visited by a ghost rumoured to haunt the castle. The eerie ruins are said to be stalked by the spectre of previous owner, the Countess of Dundonald.

A floating woman in white has been reported by visitors — and she is said to be angry her husband stripped the castle of valuables.

A chilling photo taken there ten years ago shows a pale, shadowy young woman on the first floor — in what used to be a banquet hall.

However, floorboards at the spot have rotted away, making it impossible for anybody to stand there. 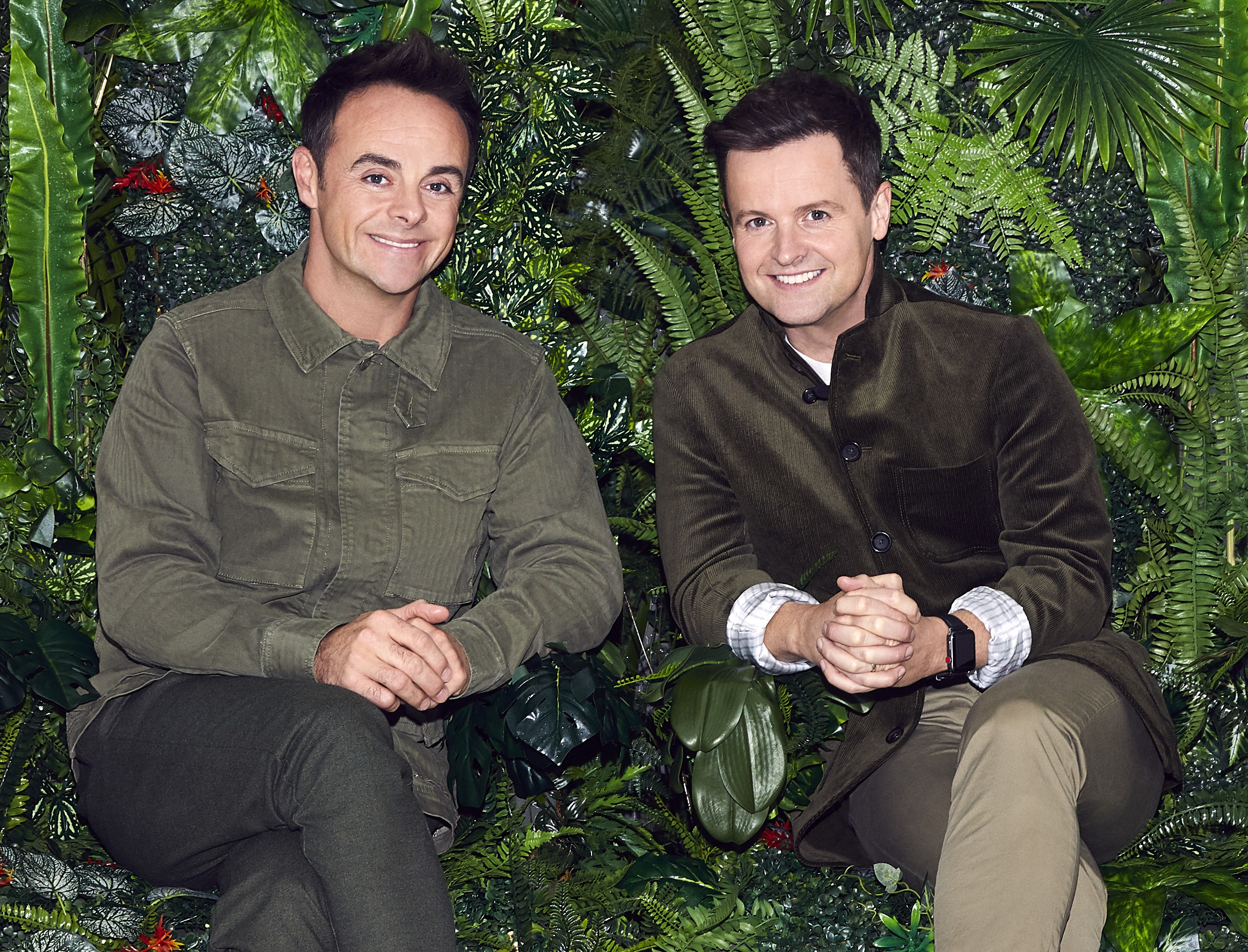