Home » TV & Movies » Inside Hollywood's Rush to Cash in on NFTs

Inside Hollywood’s Rush to Cash in on NFTs

“We’ve been inundated with celebrity clients and estates trying to figure out how to get involved in this,” says Darren Julien of L.A.’s Julien’s Auctions

With the new NFT (non-fungible token) market fetching multimillions of dollars for digital art assets including jpegs, videoclips and even tweets — like $2.8 million for  Twitter CEO Jack Dorsey’s first tweet — it comes as no surprise that Hollywood is jumping on the bandwagon in a feverish quest to add another revenue stream for its intellectual property.

Beverly Hills-based UTA is among the first Hollywood agencies to establish a dedicated NFT department, exploring multiple ways in which the digital tokens might benefit its clients. “We have just scratched the surface in terms of how NFTs will disrupt the marketplace,” Lesley Silverman, UTA’s executive for digital assets, told TheWrap. “The notion of allowing fans to own a piece of a creative project, and to be able to trade that interest in a free and open marketplace, is an entirely novel premise relative to traditional entertainment.”

Even auctioneers in the traditional collectible market are getting involved. “We’ve been inundated with celebrity clients and estates trying to figure out how to get involved in this,” said Darren Julien, co-owner of L.A.’s Julien’s Auctions, which sells $50 million-plus in celebrity memorabilia each year, from Michael Jackson’s white glove ($480,000) to Marilyn Monroe’s “Happy Birthday, Mr. President” dress ($4.8 million).

However, Hollywood’s complicated chain of ownership and copyright issues have some industry watchers questioning whether digital content created for hire has the same NFT potential as an individual artist’s work, such as Beeple’s elaborate digital collage “Everydays: The First 5000 Days,” which sold earlier this month for $69 million. 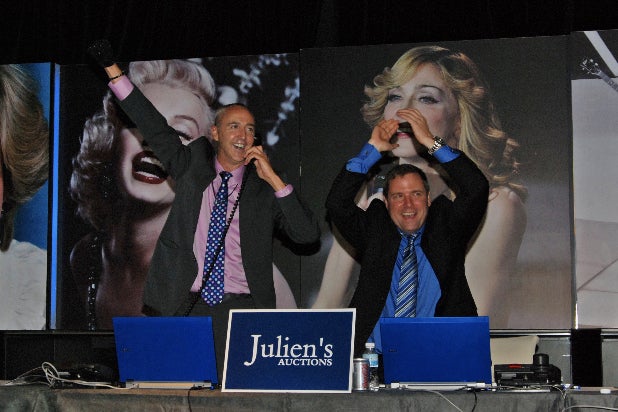 Julien is advising his clients to avoid selling digital assets such as film clips or videos as NFTs  —  that is, works using digital certificates of authenticity based on cryptocurrency technology — because of copyright challenges and the fact that distribution may be difficult to control in the digital world.

Owning a digital asset doesn’t carry the same bragging rights as a physical object, such as John Lennon’s guitar or a basketball signed by Michael Jordan and Michael Jackson, that can be showed off to friends or hung on your wall. Besides, videos and film clips often contain music and celebrity likenesses that may require additional licenses or permission from the artist or an estate, complicating potential NFT deals.

In one recent case, skateboarder Nathan Apodaca — aka Doggface — wanted to create an NFT out of a viral TikTok video of himself skateboarding while drinking cranberry juice. But the TikTok clip showed Apodaca skateboarding to Fleetwood Mac’s “Dreams,” which is part of the Warner Music Group catalog. According to TMZ, Apodaca’s team approached Stevie Nicks, who wrote “Dreams,” and offered her 50% of the profits from a potential NFT. She turned him down. TMZ reported that he still plans an NFT sale of the clip — but without the song. The opening bid was expected to start at $500,000. 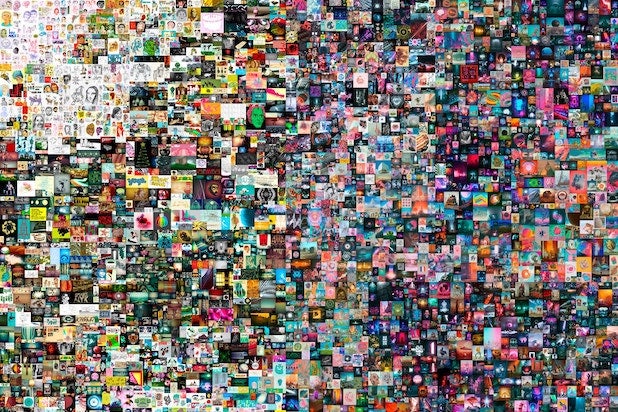 While converting existing material into NFTs poses legal challenges, UTA’s Silverman said there may be more opportunities to create original works specifically for the NFT space. “Whether it’s Grimes or 3lau or Halsey, there has been tremendous enthusiasm around the amazing works at the center of these drops,” she said, referring to musical artists who have created visual art or music exclusive for the NFT market. “And I am particularly excited by all of these collaborations we are seeing between mainstream artists and those who are more endemic to the digital world.”

David Pakman, a partner at venture capital firm Venrock, holds similarly high hopes for NFTs. “The major IP owners, particularly the entertainment companies who have already embraced collectibles, will be all over this,” he told TheWrap, adding that said Disney-owned Marvel and other large entertainment brands including the Harry Potter franchise are “very ripe to embrace digital collectibles.”

In addition to licensing merchandise based on its movies or TV shows, Pakman said a studio might create an NFT limited edition of an item such as a “Star Wars” digital lightsaber that can be used in video games, for example. It might have special powers that set it apart from other items in the games — and likely push its value higher, he added.

And there’s an additional reason studios might gravitate towards NFTs, Pakman said: They can become a recurring source of revenue because each time they’re sold, or-resold, the studio (or creator) gets a small cut.

But many remain skeptical about the NFT market for entertainment industry creatives. Much of Hollywood’s intellectual property is created for hire, explained Barry Mallen, an attorney specializing in entertainment and property litigation for Levinson Arshonsky & Kurtz. That means a Disney animator can’t sell unused or developmental design drawings as NFTs. “You can be the artist, but that doesn’t mean you are the author for the purposes of copyright law, and only the author is deemed to be the copyright owner,” Mallen said. “If the artist is working on their own, then that would be fine, but if the artist is creating this work in the context of work for your employer, there are going to be problems.”

From the buyer’s perspective, Mallen added, it’s impossible to gauge the current or future market value of an NFT. In the case of Beeple’s artwork, what was paid was not necessarily what the piece is worth to a buyer. “We had a hot artist and someone who was willing to pay a lot of money for something in a new medium,” Mallen said. “We are still waiting to see the market develop so we can see ultimately what these things are worth. This is an artificial market.”

And while NFTs have generated widespread attention in recent weeks, including a sketch on “Saturday Night Live,” there’s no guarantee that these collectibles will have enduring value in the years to come. “I don’t think there’s a market right now for these digital products,” Mallen said. “Can you resell this collage for $69 million? I don’t know.”