Ruth Langsford revealed to This Morning viewers she had once never received a card or gift for Mother’s Day from her son Jack and she blamed husband Eamonn Holmes.

But Eamonn wasn’t ready to take the blame as he insisted it wasn’t his fault their son didn’t buy a card at the age of one.

“I slipped up once but I’m not your mother. Or you’re not my mother,” Eamonn snapped.

Ruth hit back: “No but you’re his father and you should have bought the card for him to present it to me.”

You’re not my mother

“But he was only one so you…,” said Eamonn, who was trying to defend himself.

Ruth continued: “But that’s not the point is it, mums out there?”

Clearly fed up with the mini spat, Eamonn tried to move the conversation onto Phil Vickery’s cooking segment.

“Well here is the point, Phil is here to help with a last minute that to help,” he remarked.

Ruth added: “There will be people who have forgotten, waking up going ‘Oh is it Mothering Sunday?’”

The pair went on to see how viewers could make a bacon and egg sandwich for a breakfast treat for their mum. 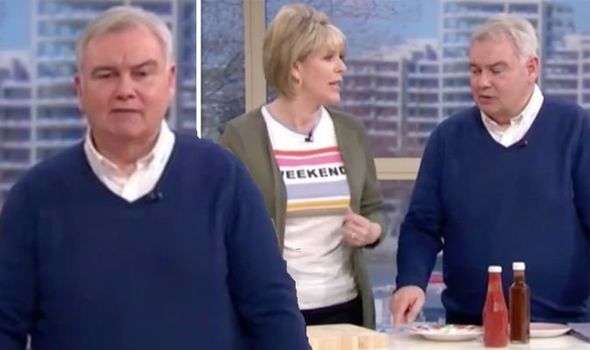 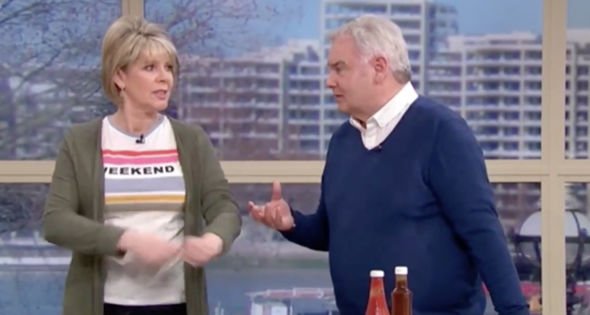 Later in the show, the presenters were joined by Phil once more to make a rhubarb and custard trifle.

Phil was using his mother’s beloved recipe for the dessert for the closing segment of the show.

Anton was on This Morning to promote his book “One Enchanted Evening” and Eamoon used it as an opportunity to tease him.

“It must be nice, bearing in mind your Strictly career, to be successful at something,” he remarked. 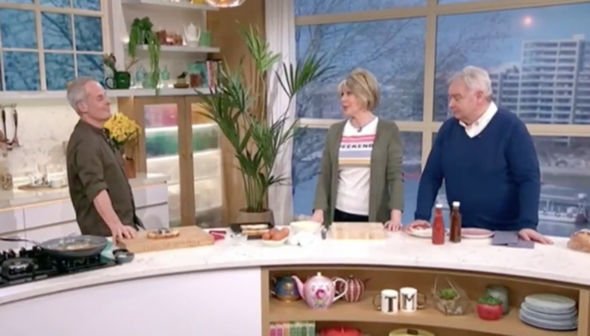 The professional dancer took the comment in good humour and laughed at Eamonn before continuing to discuss the book.

“When you do anything like this, you know, you do it hoping it’s a success,” he said.

“For it to be a bestseller when it got into the chart there on the Sunday Times and the publishers called me to say ‘we’ve got some great news’ I was so delighted and elated, I was just thrilled.”

Talking about the plot, Anton added: “It’s the story that’s been milling around in my head for years really.

“It’s just all the people I’ve ever met and stories I’ve heard about incredible people.”

This Morning airs weekdays and on Sunday on ITV at 10.30am.