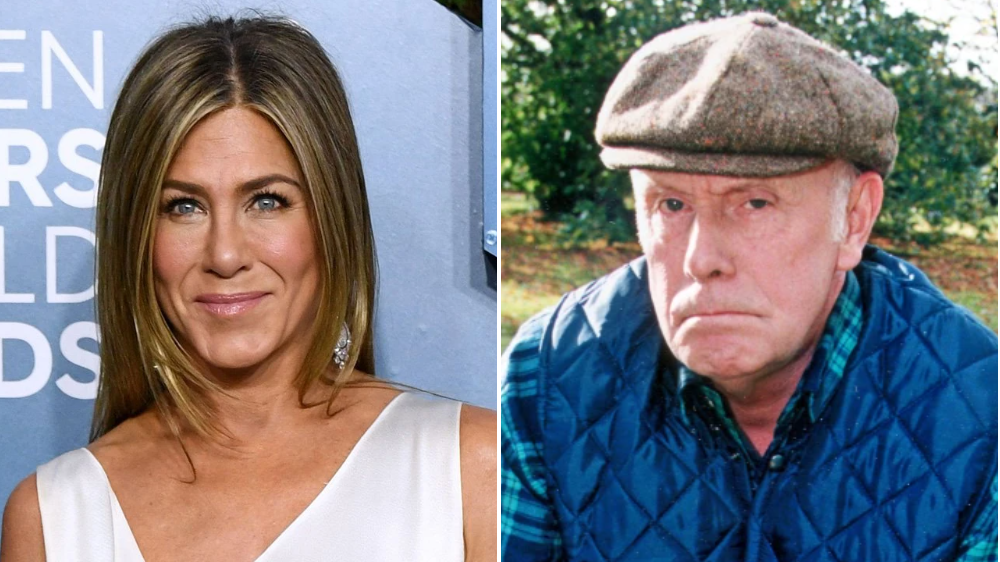 Believe it or not, Hollywood star and all round babe Jennifer Aniston has more in common with grumpy One Foot in the Grave character Victor Meldrew (Richard Wilson) than you may think.

The Friends actor hit the age of 19,537 days old (just over 53 to you or me) on Tuesday, which is exactly the same age as the Scottish performer was during his debut performance as the bitter and complaining middle-aged man.

Over the course of six seasons, Victor struggles to contain his annoyance for day-to-day life, from cars to next-door neighbours, as he tries to find purpose after being forced into early retirement from his job as a security guard.

It’s fair to say the similarities end there, but Twitter account Meldrew Point, which celebrates when celebrities reach the Merlin actor’s age in episode one in 1990, marked the occasion.

Sharing a picture of The Morning Show star glowing on the red carpet, the account wrote: ‘Happy Meldrew Point Day, Jennifer Aniston – she’s reached 19,537 days old, matching Richard Wilson’s age when episode 1 of One Foot In The Grave was aired on Jan 4, 1990. I don’t believe it!’

Fans were quick to share their disbelief over the, er, milestone with one saying: ‘Hard to believe they’re the same species let alone the same age at that point !!’

Another joked: ‘Would be hilarious to see Aniston play the role in exactly the same way as Richard Wilson, same supporting cast, same storyline and everything!’