The 49-year-old American singer was fine dining at Craig’s in West Hollywood on Monday night with her 43-year-old sportsman lover. 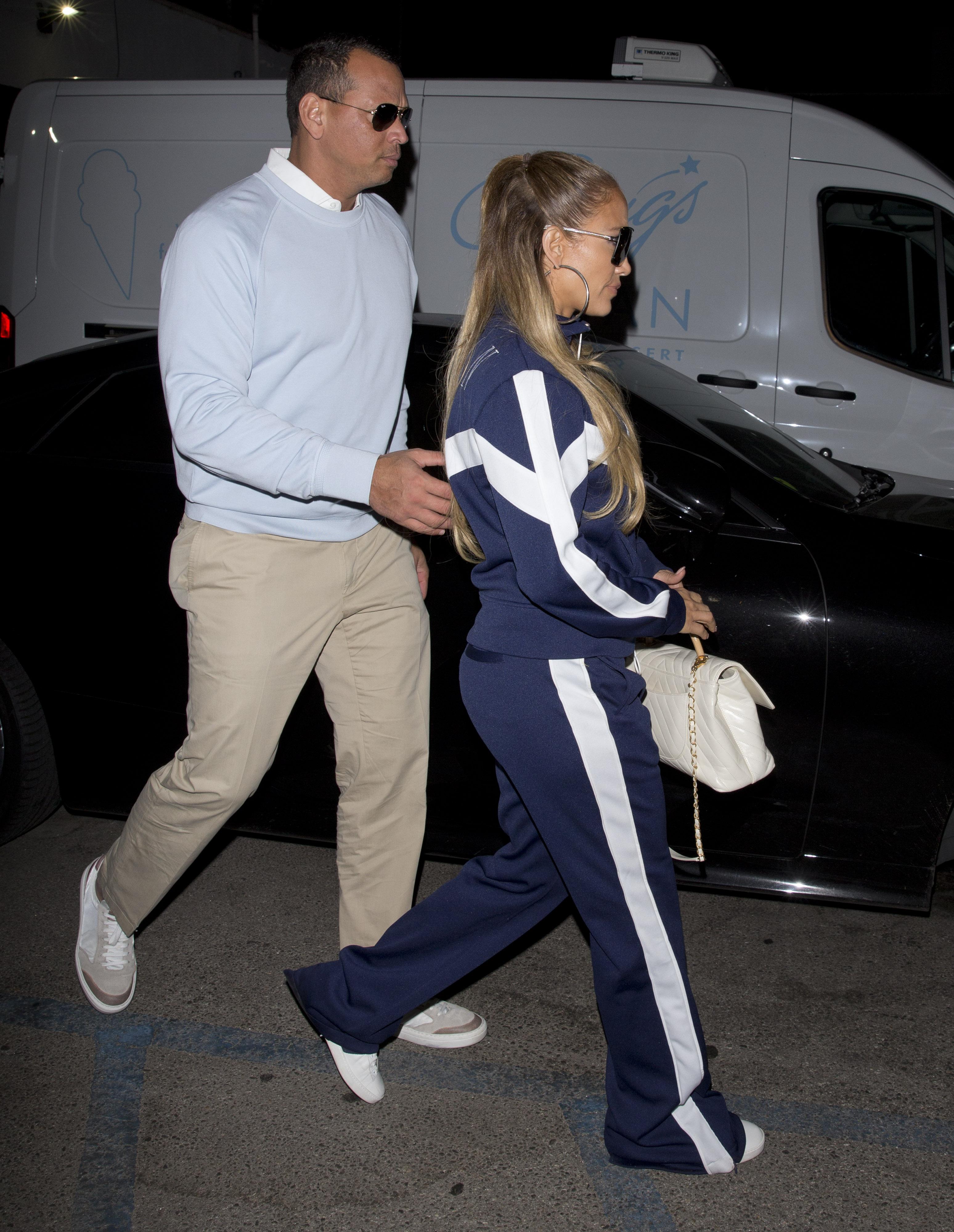 While Craig’s is indeed quite a swish establishment – and attracts many an A Lister through its doors – Jenny kept things casual for her date night with A-Rod.

The chart topping beauty hit the town in a comfortable tracksuit, white trainers, and carried a cream handbag.

JLo had her hair scraped back in a high ponytail, accessorised with hoop earrings, and sported a pair of sunglasses – despite nightfall having already occurred.

Alex went smart casual in a pair of sand coloured trousers, a baby blue jumper, a simple white shirt and a pair of trainers – while also opting for sunglasses at night time. 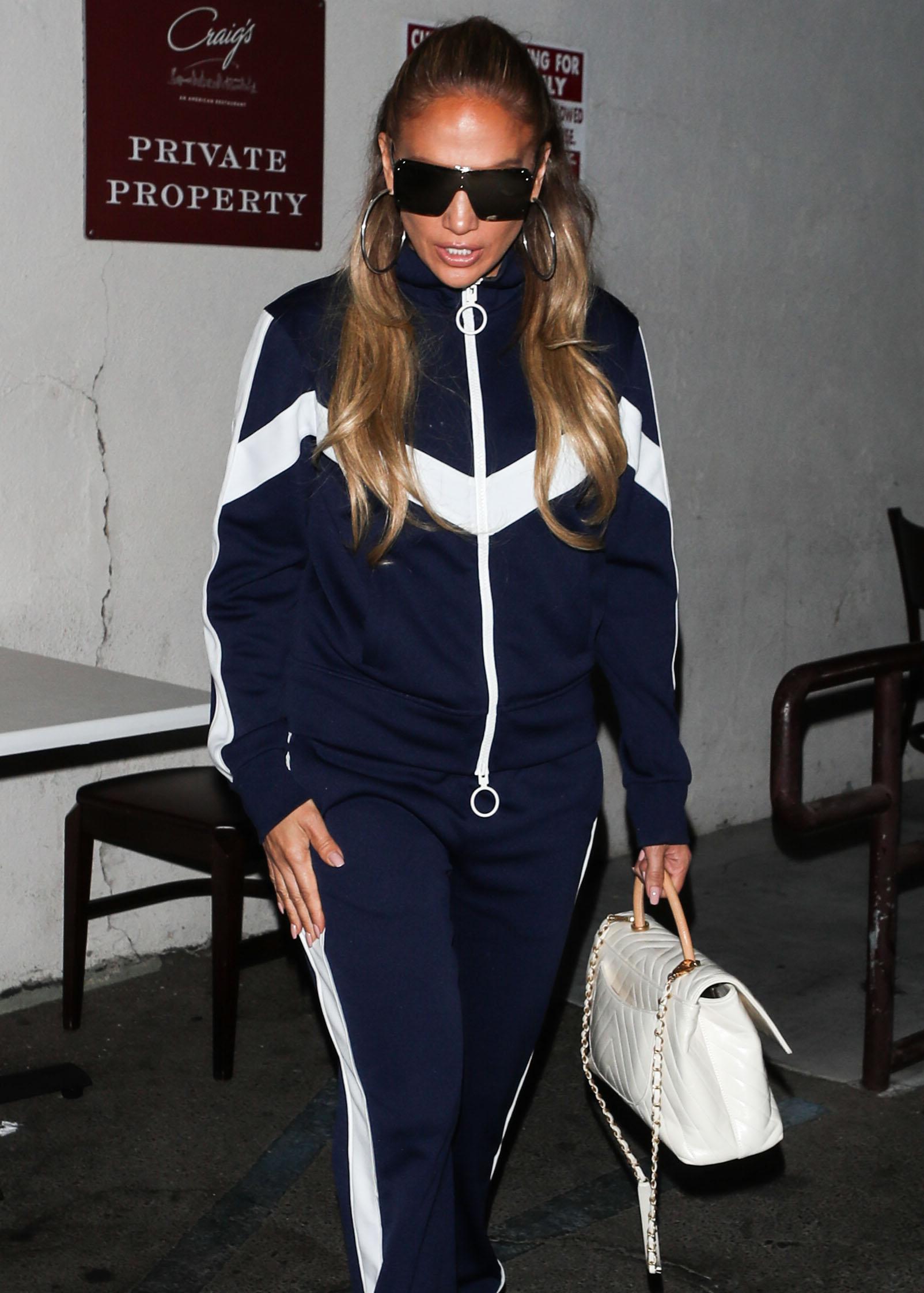 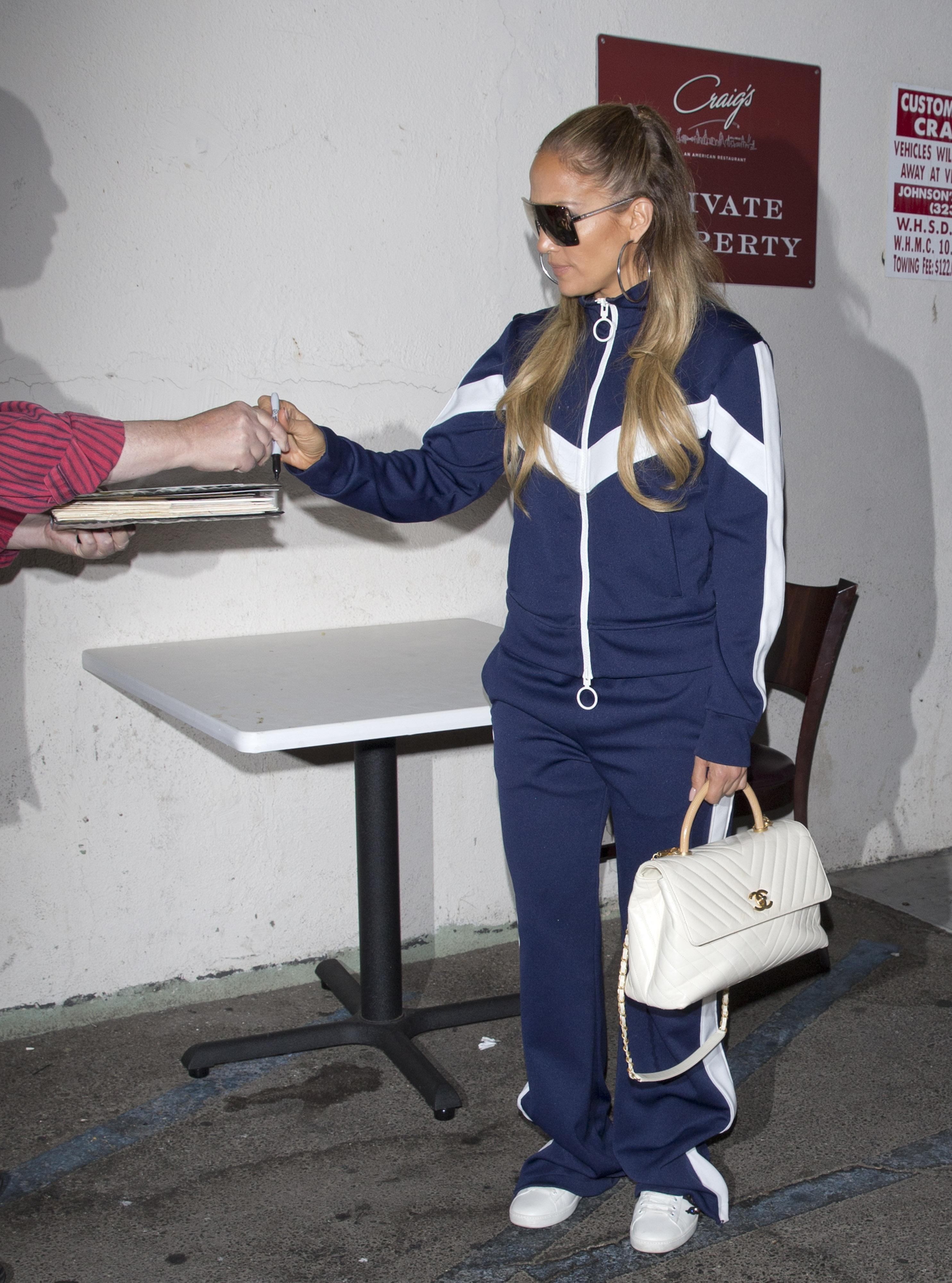 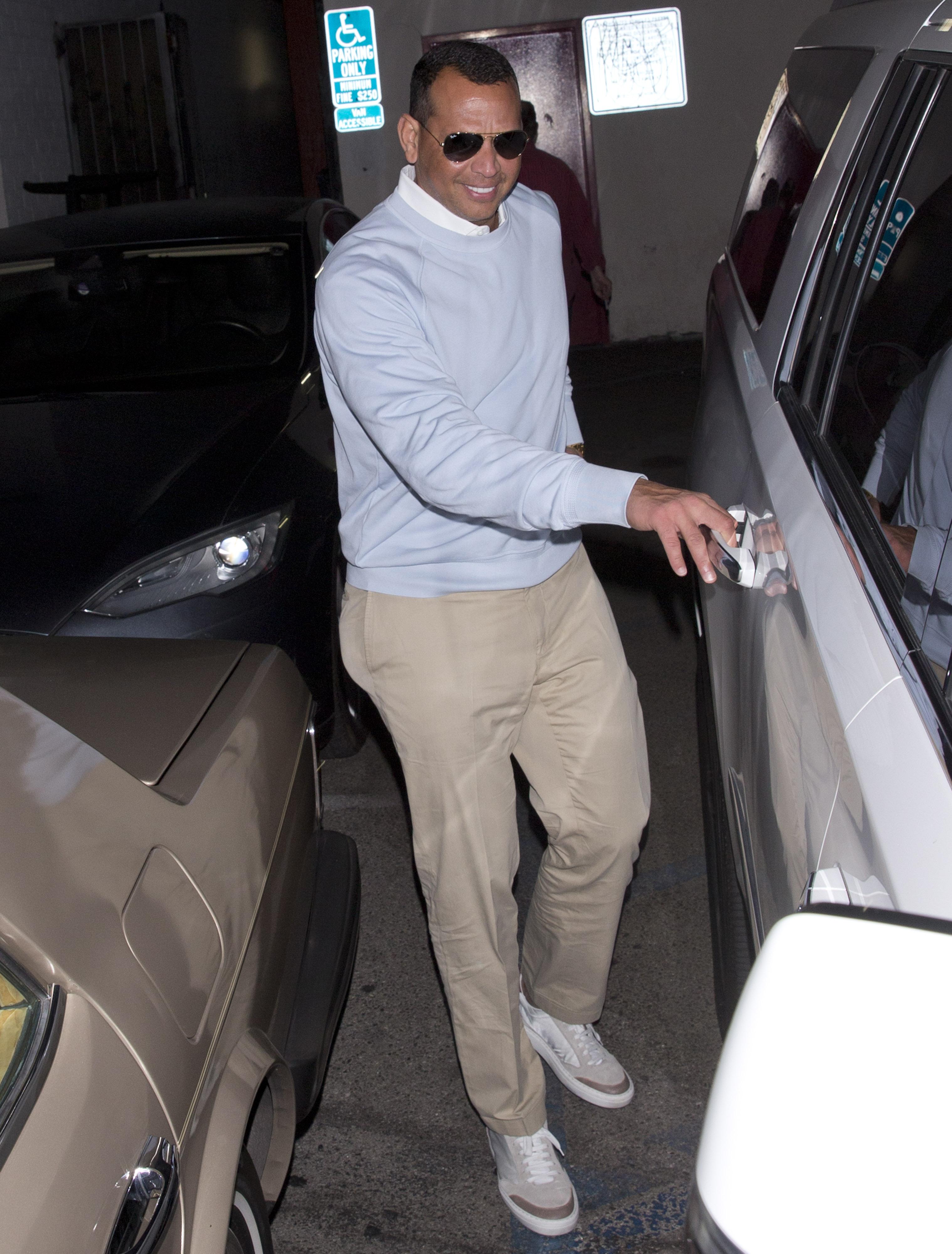 However the couple could have been left red faced if they had not left the swanky restaurant when they did as Jennifer’s ex-lover, 31-year-old Casper Smart, arrived soon after they left.

The backing dancer looked shy, covering his face with a cap – and injected some ‘90s style in a double denim ensemble.

Jennifer and Casper enjoyed a passionate romance that lasted between October 2011 and August 2016. 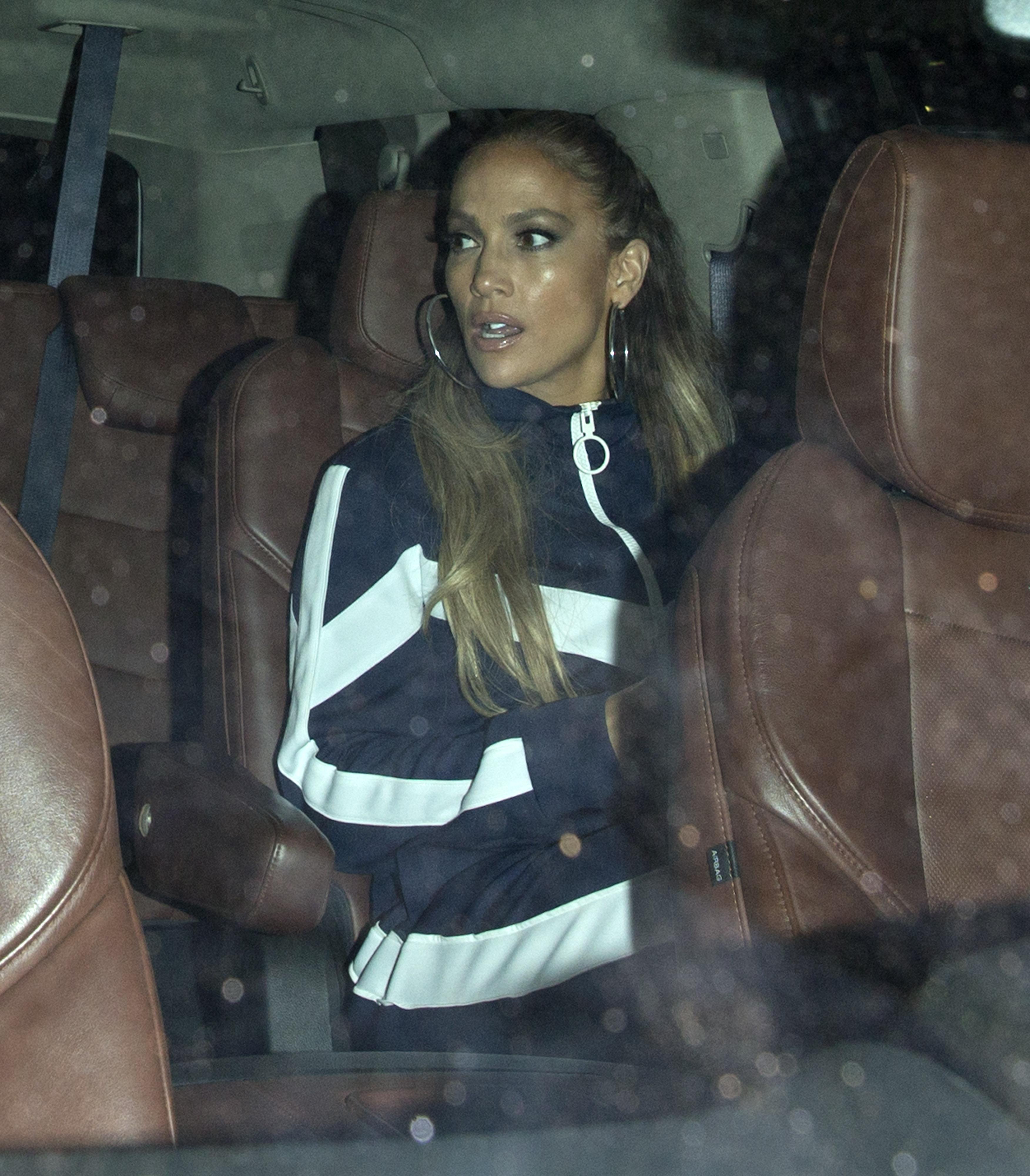 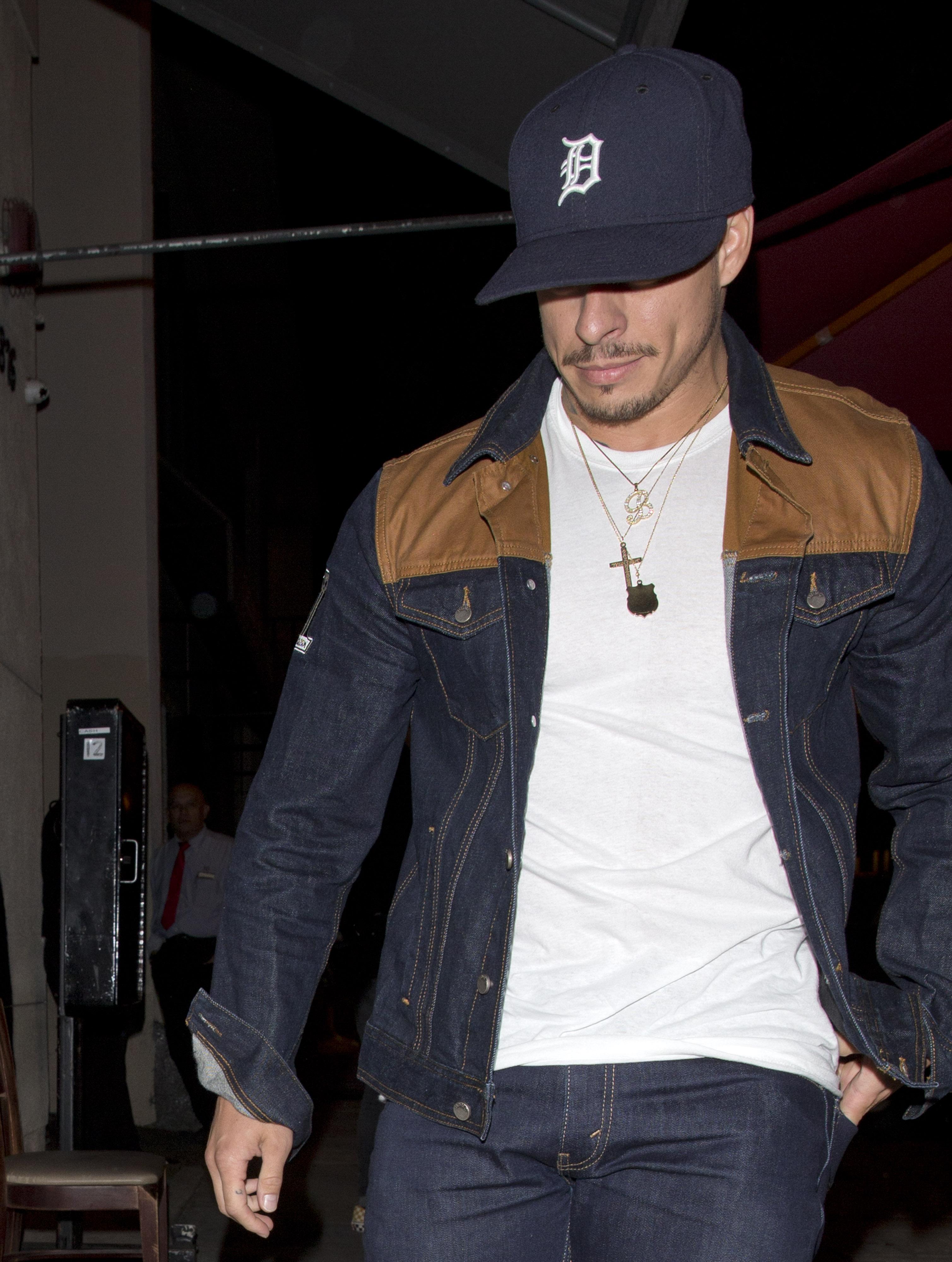 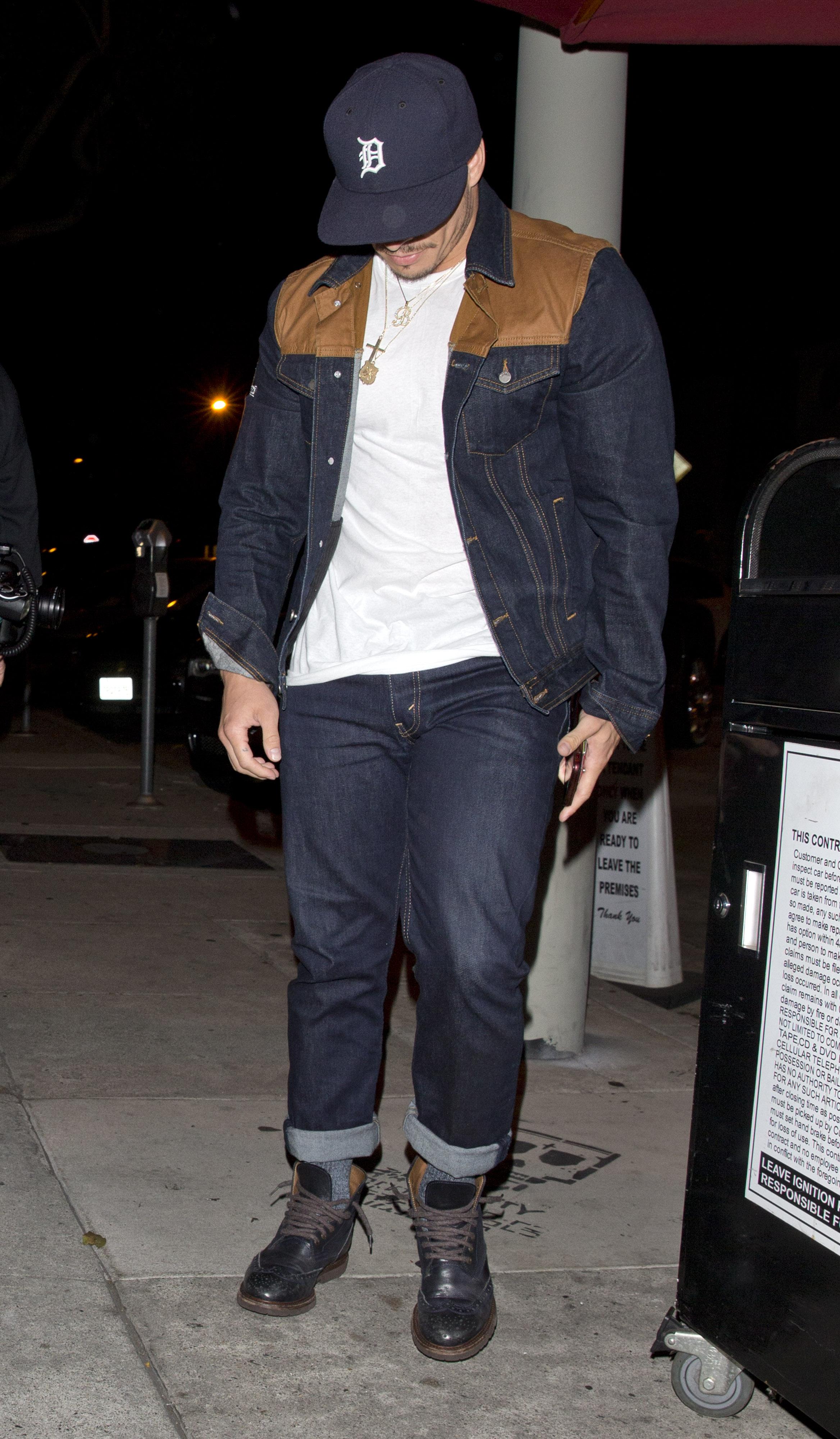 By July 2018, rumours were swirling that the pair had become engaged after the singer was spotted with a Cartier ring on her wedding finger.

However there was no sign of rings on Jennifer’s hands following her dinner date.

JLo has been married thrice before – with her first marriage to Cuban producer Ojani Noa lasting less than a year between 1997 and 1998. 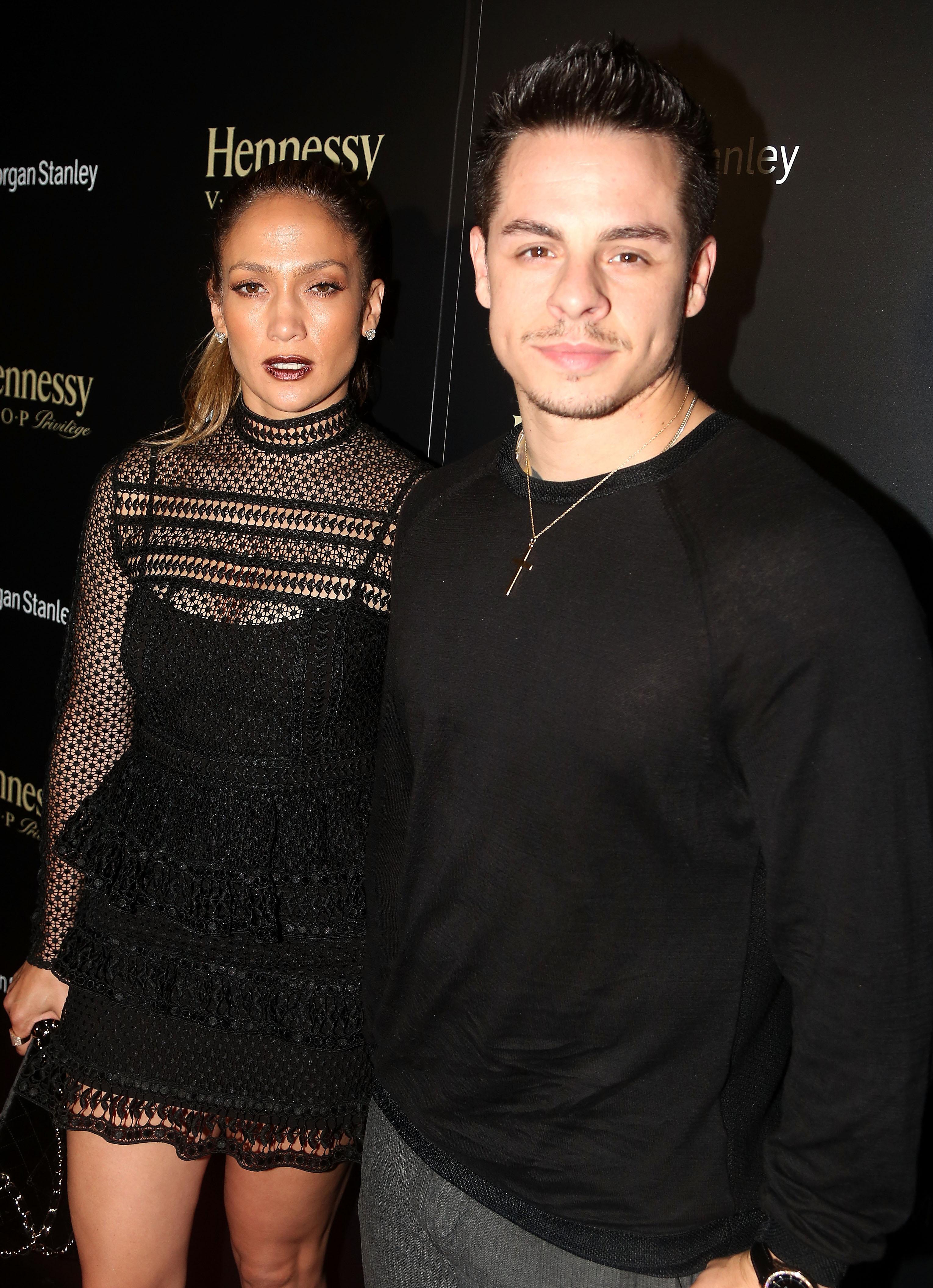 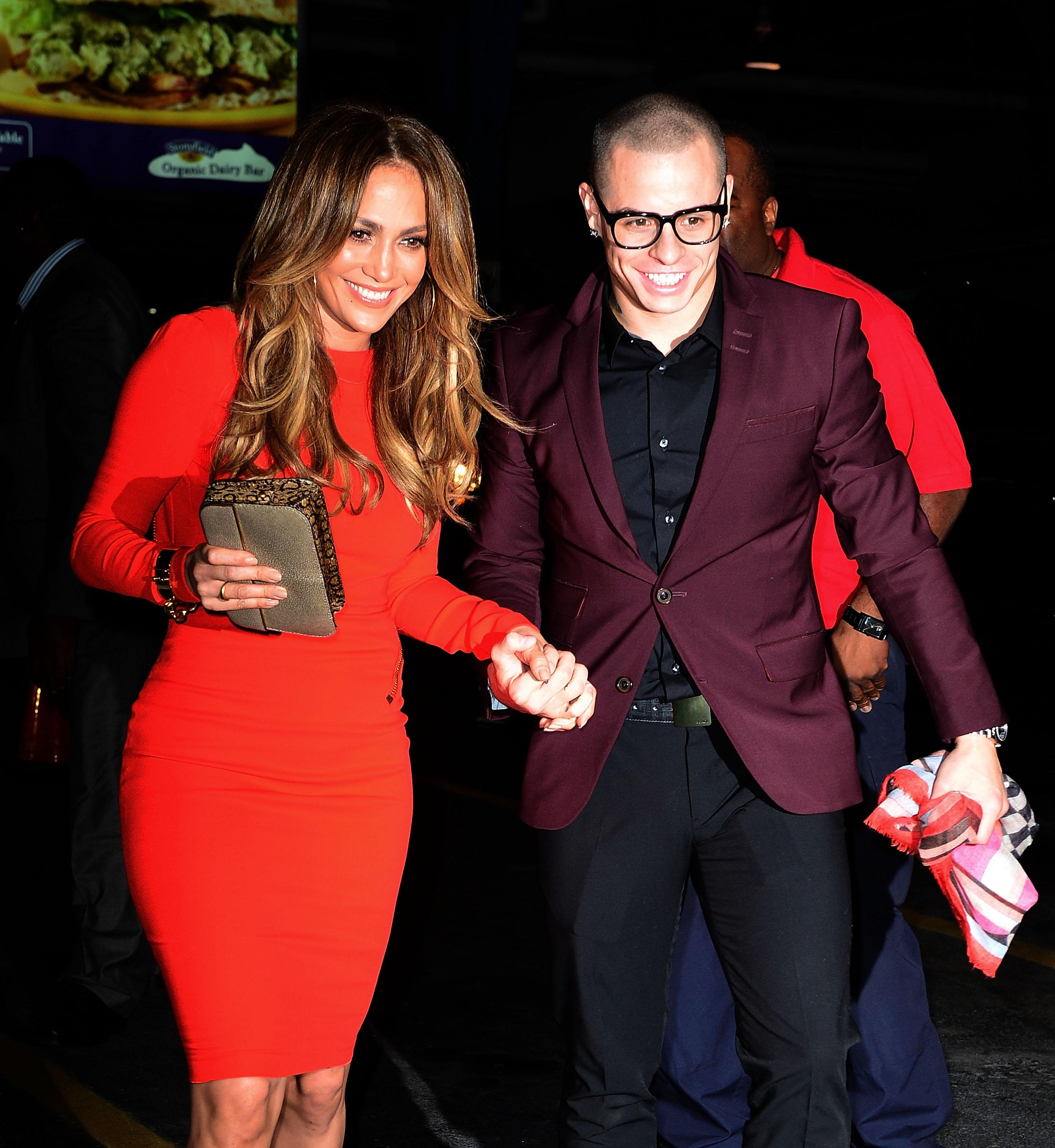 Jennifer then married backing dancer Cris Judd in 2001 – but this marriage also collapsed, with divorce being granted in 2003.

Jen then moved on to fellow singer Marc Anthony – tying the knot in 2004.

The pair welcomed twins (Max and Emme) in February 2008.

The marriage to Marc did not last, however, and came to an end in 2011, although their divorce was not finalised until 2014.