Who Wants to Be a Millionaire host Jeremy Clarkson took an unprovoked swipe at Pointless’ Alexander Armstrong and Richard Osman in the latest series of the ITV quiz show. When contestant Gareth struggled with the correct show terminology, Jeremy teased him by suggesting he’d confused the ITV and BBC shows with each other.

During his turn at the table, Gareth kept forgetting the correct phrases to use at particular points in the show.

Jeremy asked: “‘Horripilation’ and ‘piloerection’ are alternative names for which bodily condition?”

The options were blushing, hoarse voice, butterflies in the stomach and goosebumps.

Gareth wasn’t sure of the answer and opted to use one of his lifelines.

Read more: Who Wants To Be A Millionaire winner: Who is Donald Fear? 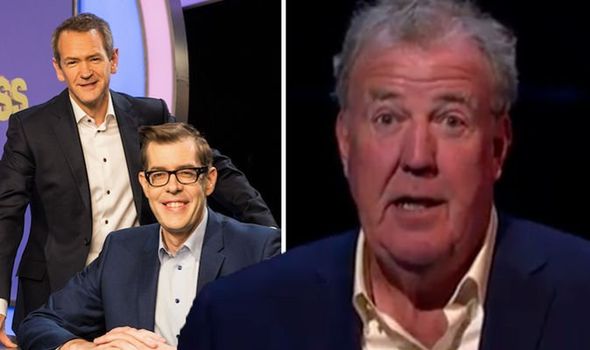 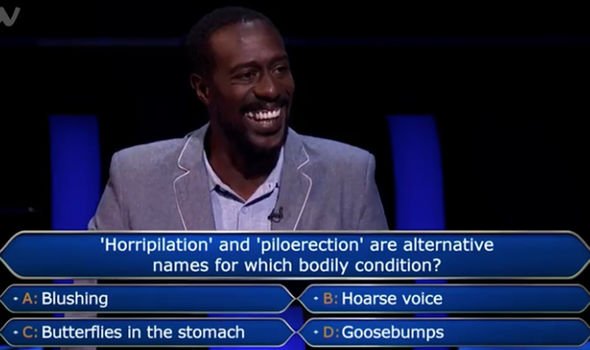 “A lifeline and call Tariq please,” the contestant bluntly requested.

“You want to phone a friend basically?” Jeremy asked.

“Yes please,” Gareth confirmed before the host asked: “Have you seen this show before?”

Laughing, the contestant replied: “Yeah I have but when you’re sitting here everything goes out the window, Jeremy.” 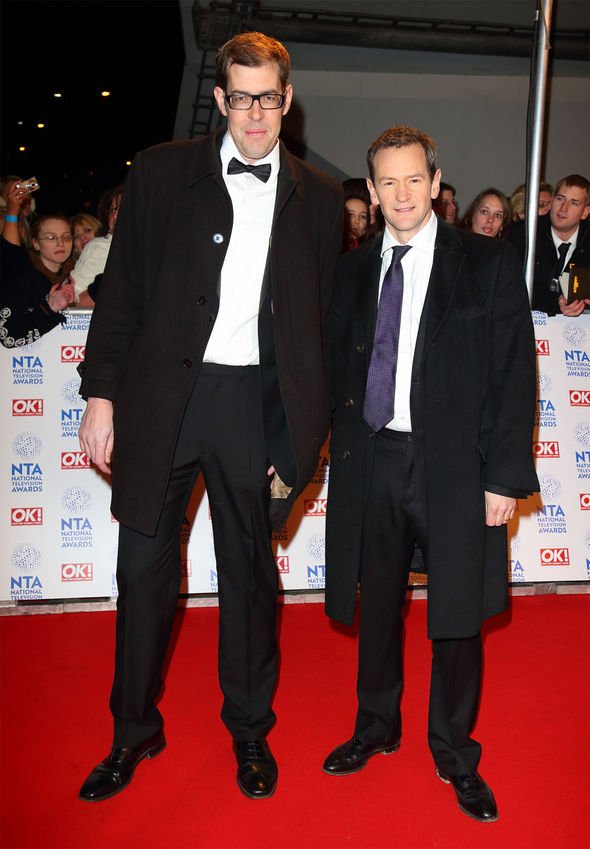 “No definitely not they don’t offer enough money,” the contestant hit back.

“No, they don’t,” Jeremy agreed. “You’re already way past what you can win on Pointless.”

“You listening, Armstrong?” the Who Wants to Be a Millionaire quipped.

Jeremy went on to call Tariq but the contestant’s friend wasn’t certain on the answer either.

Tariq narrowed down the possibilities to blushing and goosebumps but before he revealed which option he would go for he ran out of time.

“I was going to go with D so you know what? Nothing ventured, nothing gained. D goosebumps,” Gareth said.

Can’t see this Brexit poll? Click here to open in your browser

Meanwhile, Donald Fear became the first contestant to become a millionaire on the show since Ingram Wilcox won in 2006.

The calm and cool teacher beat his brother who had won £500,000 when he appeared on the show.

Donald instantly knew the answer to his million-pound question and finished the game without using all of his lifelines.

Who Wants to Be a Millionaire is available to watch on the ITV hub.