When Cold Chisel became one of the biggest bands in Australia around 1980, Jimmy Barnes’ voice already sounded like a chainsaw. There had never been an Australian singer with such power, emotion and aggression on stage – not even the great Johnny O’Keefe or Bon Scott.

What we didn’t know then was that it was driven by desperation and trauma, not just alcohol. Barnes didn’t scream just because he liked the rasp in his own voice, although that is probably true. He screamed because he had a childhood that Dickens could have written; first in Glasgow and then in Adelaide. He was screaming just to keep from crying, like the old blues song.

This affectionate and telling film by the experienced Mark Joffe takes us to both locations, and it’s striking that in each, Barnes feels discomfited. Driving into Glasgow, he says he gets a knot in his stomach, remembering the slum life of Cowcaddens where his mother had five children before she was 21. His dad, a boxer, was "a bit of a standover man" whose charm matched his violence. 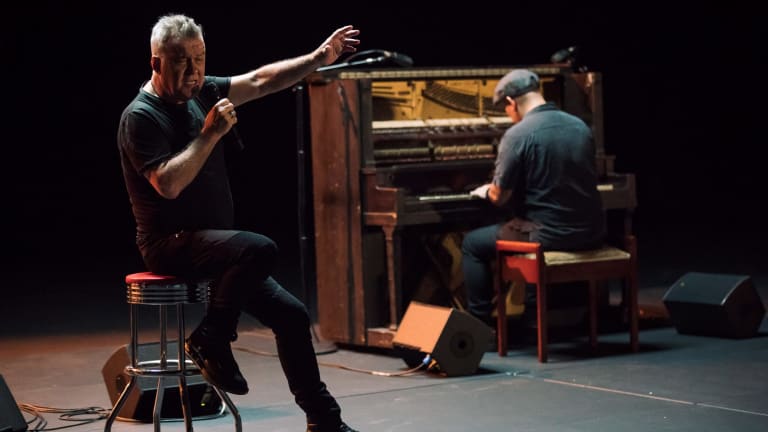 James Dixon Swan was born there in April 1956. He grew up among men who sang at every party and pub, but all of them carried a knife. His mother, Dorothy, thought they might escape the alcoholism and violence by migrating to Australia. They arrived in Adelaide in January 1962, in 38 degrees.

He was screaming just to keep from crying

After two years in a migrant camp, they got a house in the new "showcase" suburb of Elizabeth. There’s a scene where Barnes stands outside the house they lived in, describing the fear he felt there: the way he would escape a beating by running to the neighbour’s house, the thrill and relief he felt as a teenager listening to visiting artists like Tina Turner at the Apollo Theatre. He mentions sexual abuse taking place in that house, but doesn't say whether he was the victim, nor who the perpetrator was.

None of this comes out as a complaint, more like simple, statement-of-fact reportage – like he’s talking about someone else. Except for when he talks about the fear. 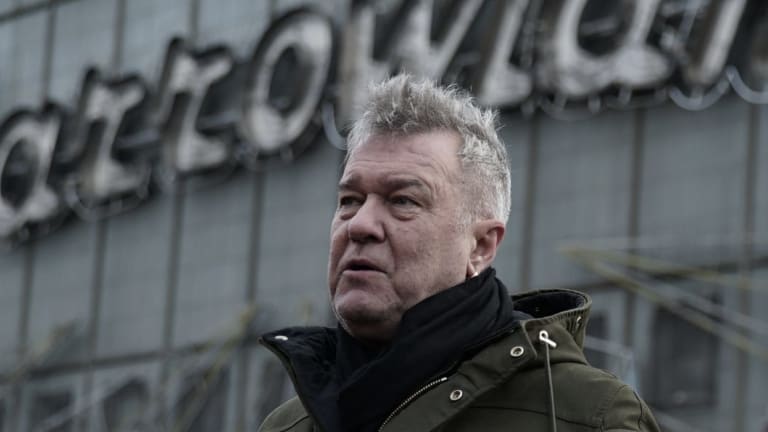 The young Jimmy came out of childhood punching and drinking, looking for fights every night of the week in the Elizabeth shopping centre. His older brother John Swan introduced him to music. At 17, having taken the surname of his mother’s new husband, Jimmy Barnes auditioned for a band forming in Adelaide: guitarist Ian Moss, Don Walker on keyboards, Les Kaczmarek on bass and Steve Prestwich on drums. Cold Chisel were born.

Barnes has now written two books about his life. Working Class Boy came out in 2016 and sold 150,000 copies. Working Class Man, about his later life, came out late last year. The film is, in a sense, a result of the books. They led to Barnes doing a new show, backed by many of his seven children, where he talks as well as sings, and we see him perform parts of that show in Glasgow before a live audience.

Joffe then recreates live conditions in a large studio for other songs that the fans have come to expect. In that sense, it’s a hybrid documentary – part performance, part theatre, part travels down memory lane with a man who has survived the long road to the top (if you wanna rock’n’roll).

I’m assuming that if this film succeeds, there will be a sequel called Working Class Man in a year or two. And this film should succeed. There are few Australian singers more beloved than Jimmy Barnes – partly because he has such resilience, and so much humour. Never mind all the hits, never mind the brilliance as a singer of soul, blues and ballads, apart from rock; the man has enormous reserves of strength. That’s so attractive on screen: he has survived.

The man has enormous reserves of strength. That’s so attractive on screen: he has survived.

A lot of rock stars wallow in excess, simply because they can. They become swell-heeled louts: drunk, high and stupid. Barnes did plenty of excess, but he has lived long enough to become self-aware and somewhat reflective. Writing appears to have helped him face his demons. He was always the real deal as a performer; we could all hear the pain in his voice, even if we knew not whence it came. This is to some extent an in-house doco, to be sure, but it doesn’t pull its punches.