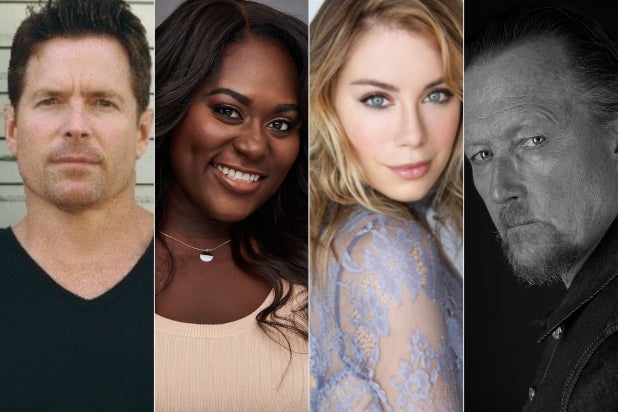 HBO Max is beginning to fill out the cast for its upcoming series “Peacemaker,” a “Suicide Squad” prequel starring John Cena.

The series will follow Cena’s Peacemaker, who is part of the expansive cast for James Gunn’s quasi-reboot. The HBO Max series will explore Peacemaker’s origins and “extend the world that Gunn is creating for ‘The Suicide Squad.’”

Jennifer Holland will reprise her role as Emilia Harcourt from “The Suicide Squad” with Robert Patrick (Auggie Smith), Danielle Brooks (Leota Adebayo) and Chris Conrad (Vigilante/Adrian Chase) playing new characters. They join Cena and Steve Agee, who is also reprising his role as John Economos from the film.

Cena’s Peacemaker is described as “a man who believes in peace at any cost — no matter how many people he has to kill to get it.”

Gunn will write all eight episodes of “Peacemaker” and will direct multiple episodes, including the first. Gunn and Safran will serve as executive producers of the series, with Cena as co-executive producer. Based on characters from DC, “Peacemaker” will be produced by Gunn’s Troll Court Entertainment and The Safran Company in association with Warner Bros. Television. “Peacemaker” is scheduled to begin production in early 2021, prior to Gunn beginning work on the next “Guardians of the Galaxy” film.

“Peacemaker” is the second series to be spun out of one of Warner Bros.’ DC Comics films. Matt Reeves is developing a spinoff of “The Batman” that will center on corruption in the Gotham City police department.