Rolling Stone and OBB Sound have teamed up to deliver ‘Too Long; Didn’t Watch,’ a new original podcast series that tackles the age-old dilemma: what happens when there’s too much TV and not enough time to watch?

Celebrity guests like Jon Hamm, Lena Dunham, Alison Brie, Kumail Nanjiani and more will join host Alan Sepinwall (Rolling Stone Chief TV Critic) to watch the first and last episodes of an iconic television series that the guest has never seen before. Then, the star will try to figure out what happened in between, filling in the blanks. 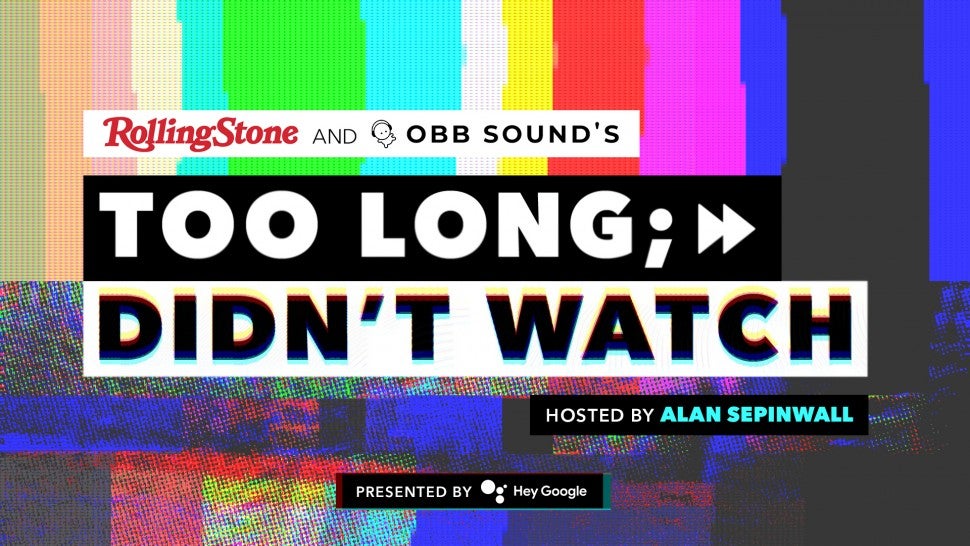 Conversations will be guided by Sepinwall’s years of expertise covering the television landscape, and accentuated by the guests’ unique experiences as they make predictions along the way. Fans can look forward to Hamm trying to wrap his head around salacious teenage drama on Gossip Girl, while Dunham will take a shot at Cheers, Brie will venture into Westeros for Game of Thrones and Nanjiani will investigate the world of Veronica Mars.

Sepinwall describes the podcast as “hilarious” and “never dull,” and also adds, “I can’t necessarily recommend watching TV this way on your own, but with us, you’re guaranteed to have fun.”

OBB Media Founder and CEO Michael D. Ratner, who recently directed Justin Bieber’s Seasons docuseries, echoes that statement, explaining, “I’m very proud of our team at OBB Sound as TLDW has incredible guests going deep on the classics in a truly hilarious way, and we’re excited to be working with Google Assistant to share it with podcast enthusiasts and TV lovers alike.”

Bethenny Frankel on Her New Podcast and Friendship With Dorinda Medley