The 36-year-old reality star brought the lols when she shared a selfie on her instagram page. 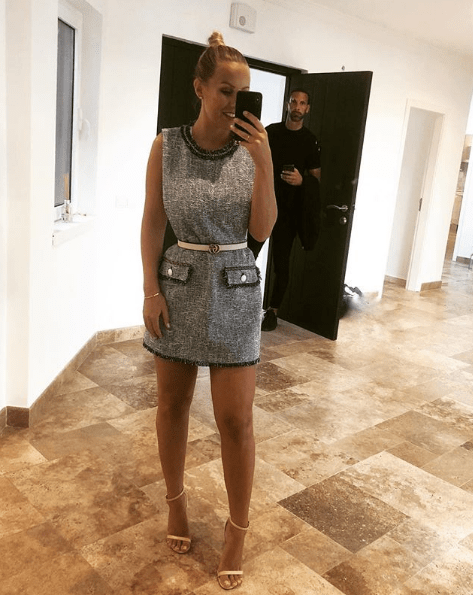 Kate – who featured on ITVBe’s reality show between 2015 and 2017 – showed herself standing wearing a sleeveless minidress and a statement belt.

The star was flashing a smile as she pressed click on her camera – however it seemed 39-year-old Rio burst into the room at the exact moment.

Dressed in black, the athlete had a face like thunder as Kate caught the moment on her phone – and revealed she thought the incident was hilarious.

Sharing the photo on Instagram she wrote: “#throwback …. really laughing when your trying to get a cute selfie but are getting evils from the door #youokmate.” 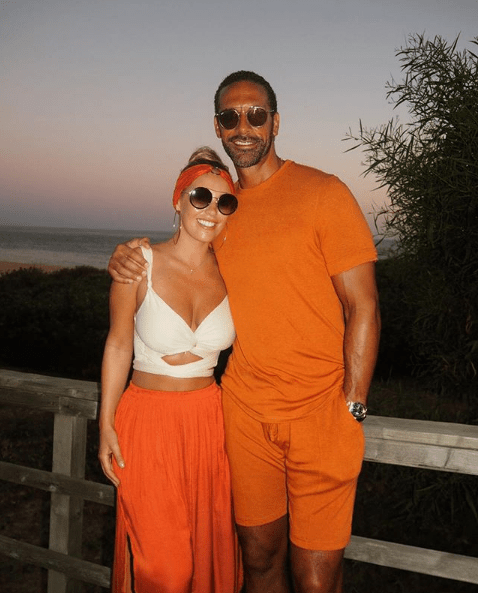 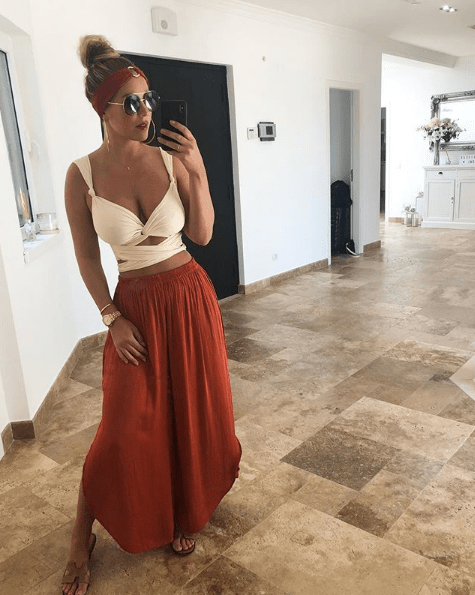 Followers of the reality star were left greatly amused by the photo – and Rio’s reaction.

“His face is hilarious!!” one fan wrote – while others predicted they knew exactly what Rio’s expression was saying.

“I think he’s coming because he been waiting long time for you to be ready,” one fan wrote.

While another typed: “I get that look too followed by ‘will you get a move on’ even though he takes longer than me to get ready!”

Another predicted Rio was thinking: “That face on @rioferdy5, not another selfie?…how many is that now 50?”

It was clear fans loved the moment – with one commenting: “what a photo bomb and that face," while another fan suggested Rio may have simply wanted as slice of the selfie action, writing: “I think he was just checking himself out!”
Kate has been sharing photos from a holiday with Rio for the past few days.

The loved up couple were captured wearing complimentary outfits as they posed for a photo in the setting sun earlier in the week.
Kate was wearing a cream strappy top and a bright orange skirt – while Rio looked vibrant in a pair of orange coloured shorts and t-shirt.