Michael Chabon, who won a Pulitzer Prize for his 2000 novel The Amazing Adventures of Kavalier & Clay and worked for years with producer Scott Rudin on an unrealized film adaptation, has written a lengthy mea culpa – titled Apology of a Rudin Apologist – in which he expresses shame and regret for “enabling Scott Rudin’s abuse.”

In a nearly 1,400-word essay posted today on Medium, Chabon writes of both witnessing and receiving the producer’s abuse.

“I heard stories of Scott’s tantrums and vindictiveness, but not of smashed hands and people pushed out of moving cars,” writes Chabon, whose first screenplay was optioned by Rudin in 1994. “But I knew enough. I regularly, even routinely, heard him treat his staff, from the new kid doing the coffee run to the guy just under Scott on the SRP organizational chart, with what I would call a careful, even surgical contempt, like a torturer trained to cause injuries that leave no visible marks.

“And I saw him throw a pencil, once, at an assistant as the young man fled Scott’s office and Scott’s shouting. The pencil struck the back of the assistant’s head, eraser end first, and fell to the carpet. A minute later, Scott called me into his office, and we started talking, as if nothing untoward had happened, about whatever script we were working on at the time.”

Deadline has reached out to Rudin’s office for a response to Chabon’s statement. 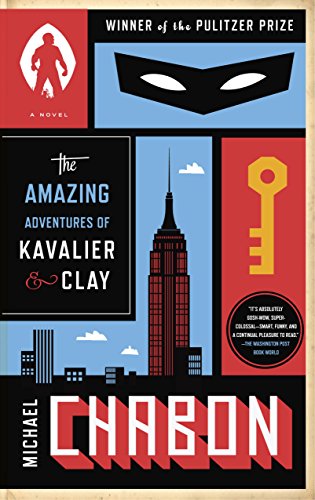 In one particularly emotional passage, Chabon writes of Rudin’s assistant Kevin Graham-Caso, the man who is alleged to have been pushed by Rudin from a moving car and who last year died by suicide.

“I regret most of all that Kevin Graham-Caso is not here for me to tell him personally how sorry I am,” Chabon writes. “Looking back through the emails he sent, arranging my travel and phone meetings with his volatile and unpredictable boss, remembering his voice on the phone, I can see and hear him walking on eggshells, taking the absurdly deferential, almost Victorian tone Scott insisted his assistants take with ‘the talent.’”

Chabon’s novel chronicles the lives of two cousins, a Czech artist and and his Brooklyn-born cousin, as they become major figures in the WWII-era Golden Age of comic book publishing. Spanning decades and geography and encompassing a head-spinning mix of popular culture, the Holocaust, gay rights, real-life events and fictional alternative history, The Amazing Adventures of Kavalier & Clay is generally regarded as Chabon’s masterpiece, with Hollywood repeatedly attempting to wrestle the work into a film or TV adaptation.

In 2019, Deadline reported that Showtime had landed the project, which would be written and executive produced by Chabon and wife Ayelet Waldman. Chabon had by then severed ties with Rudin.

In today’s essay, Chabon says that he himself was the target of Rudin’s “fury, vitriol and vituperation” in 2010 when the two had a dispute over the terms of a deal. Despite “a series of potent Rudin email bombs packed with nails, razor blades and personal insults,” the Kavalier & Clay author continued his collaboration with the producer for another half-decade.

Writes Chabon, “It wasn’t until some five years later, when he began  –  behind our backs –  to demean and shit-talk my wife, that I finally drew a line, and resolved not to work with him again.”

During the 20 intermittent years of his professional relationship with Rudin, Chabon says, “I sat there as he dished it out to people who, over that period, grew ever younger, until any of them might have been one of my own children with a right to expect, or at least to hope, that I might use my voice, my privilege, my authority as a white man, as a person Scott respected, even as a father, to protect them, to speak up on their behalf, to say something like, ‘Hey, Scott, take it easy on the kid,’ or, better, ‘It’s not okay to talk to people that way. Stop.’ I didn’t do that.”