The Lose My Breath singer had been at the session with her husband Tim Witherspoon when she sat on the floor to catch her breath on Wednesday. 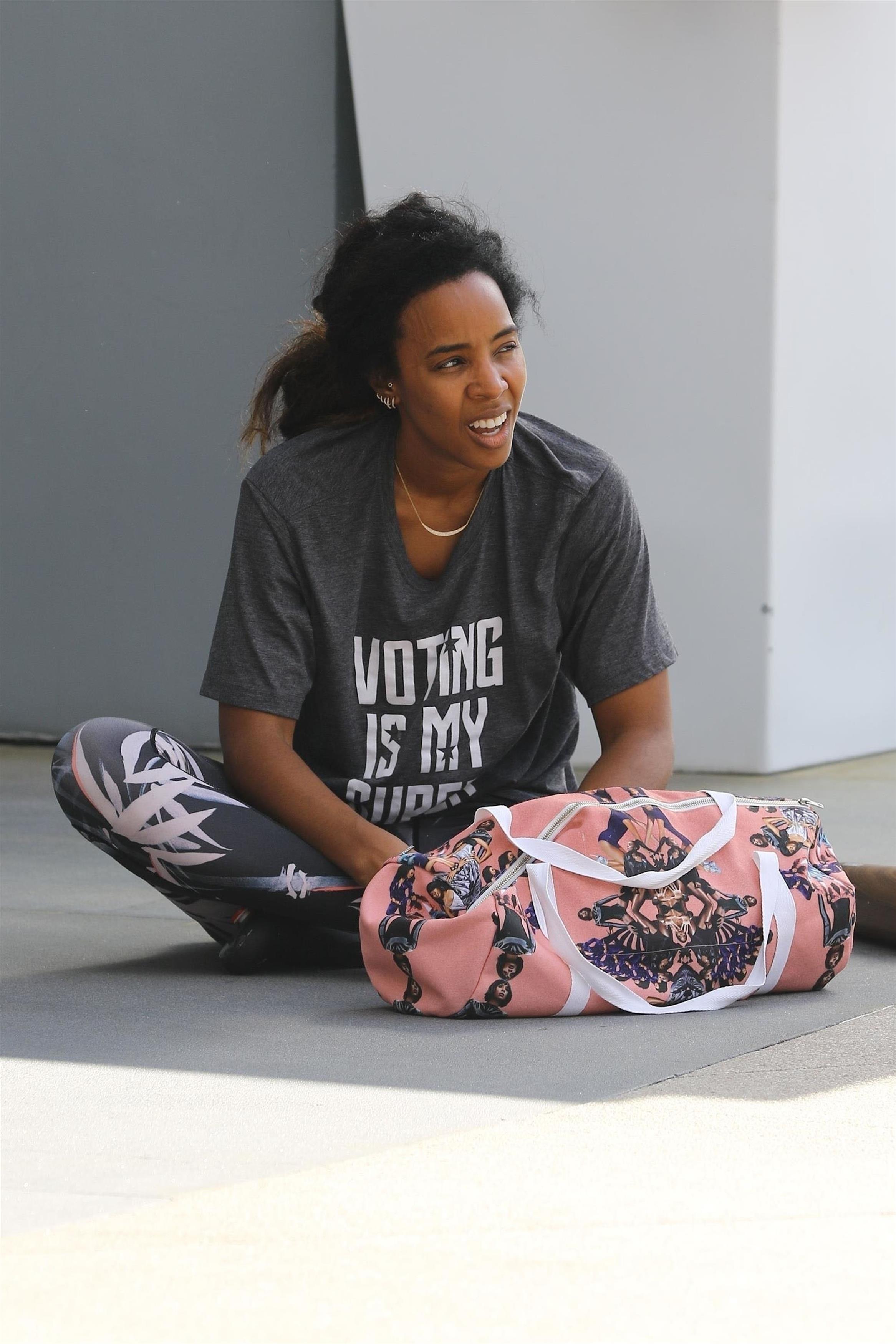 Former X Factor judge Kelly looked exhausted as she fell to the ground after a tough spin class in LA.

The Survivor singer, 37,  looked completely worn out after pushing her body to the limit during the heavy cardio session.

Kelly, who looked stylish in snazzy grey and pink leggings was supported by her husband Tim Witherspoon who made sure she was alright after the class.

The couple has adorable son Titan, three, together. 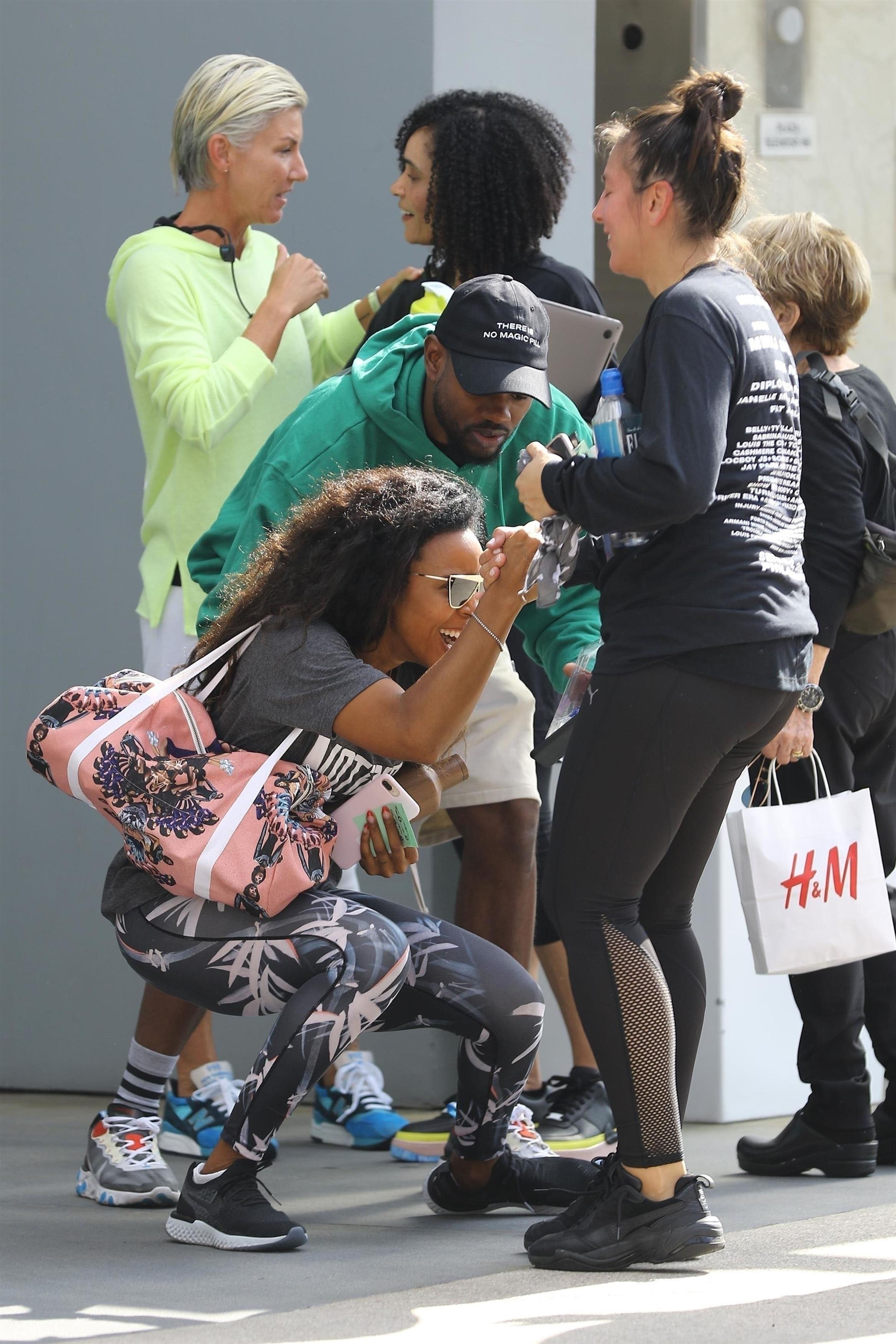 Kelly was on the X Factor judging panel with Gary Barlow and Louis Walsh in 2011.

Her highlights included flirting with The Risk star Derry Mensah on his first audition.

Moonlight girl singer Derry even got kiss from Kelly after singing Usher’s Can You Help Me in an X Factor live audition.

Since then Kelly has reformed with Destiny's Child bandmates for a few iconic shows including Coachella last April. 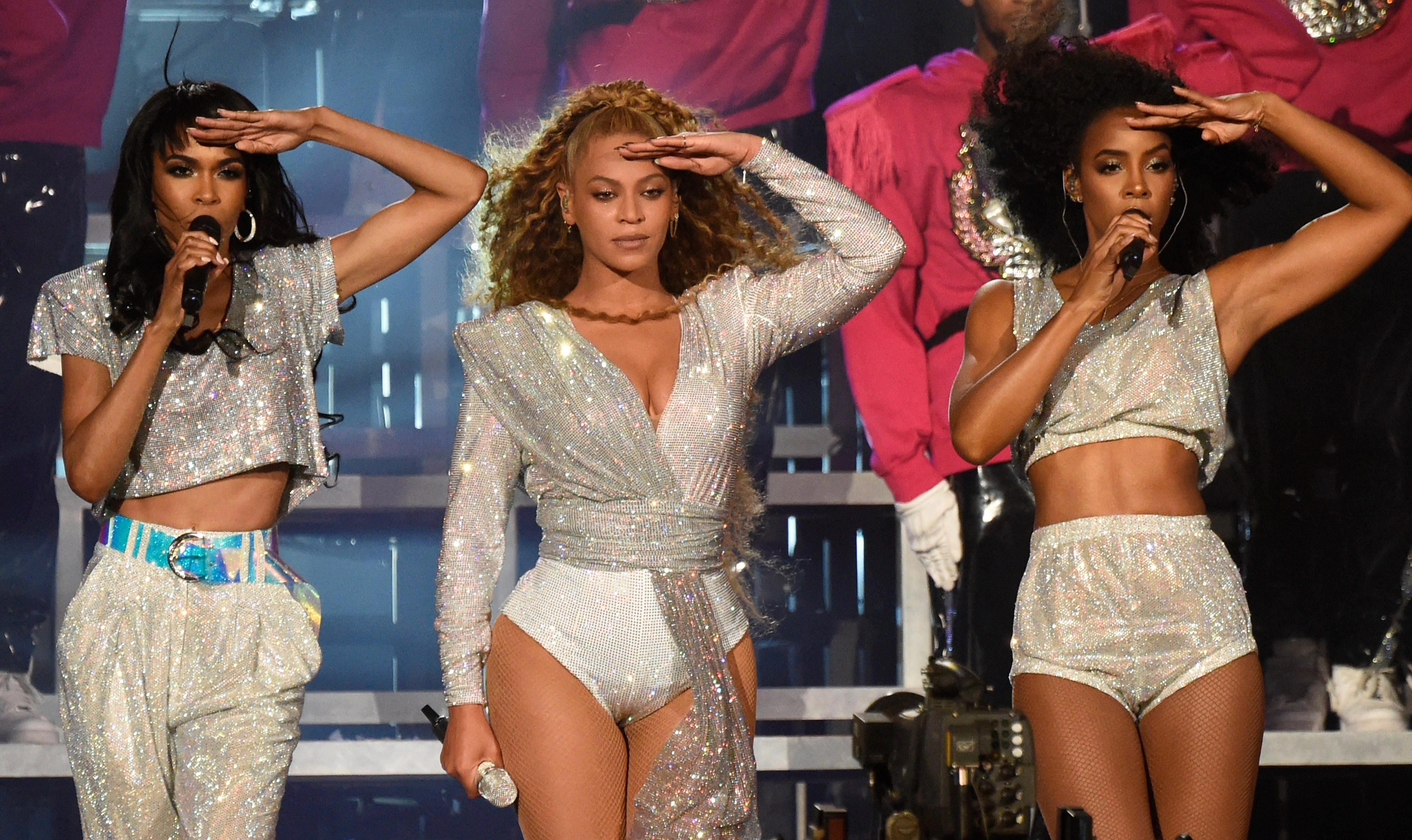 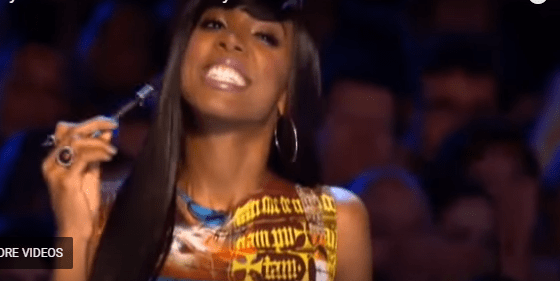 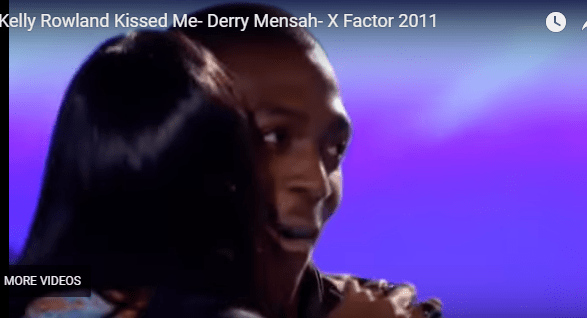 The singer had not performed with her bandmates since their explosive return at the 2013 Super Bowl.

The group, Beyonce Knowles Carter, Kelly and Michelle Williams first broke up in the mid-Noughties, when they launched their solo careers.

But they set the stage on fire as they reformed for Coachella –  performing some of their biggest hits including Say My Name, Soldier and Lose My Breath.