The 37-year-old was joined by her best mate Larsa Pippen for a posing session in matching silver swimwear. 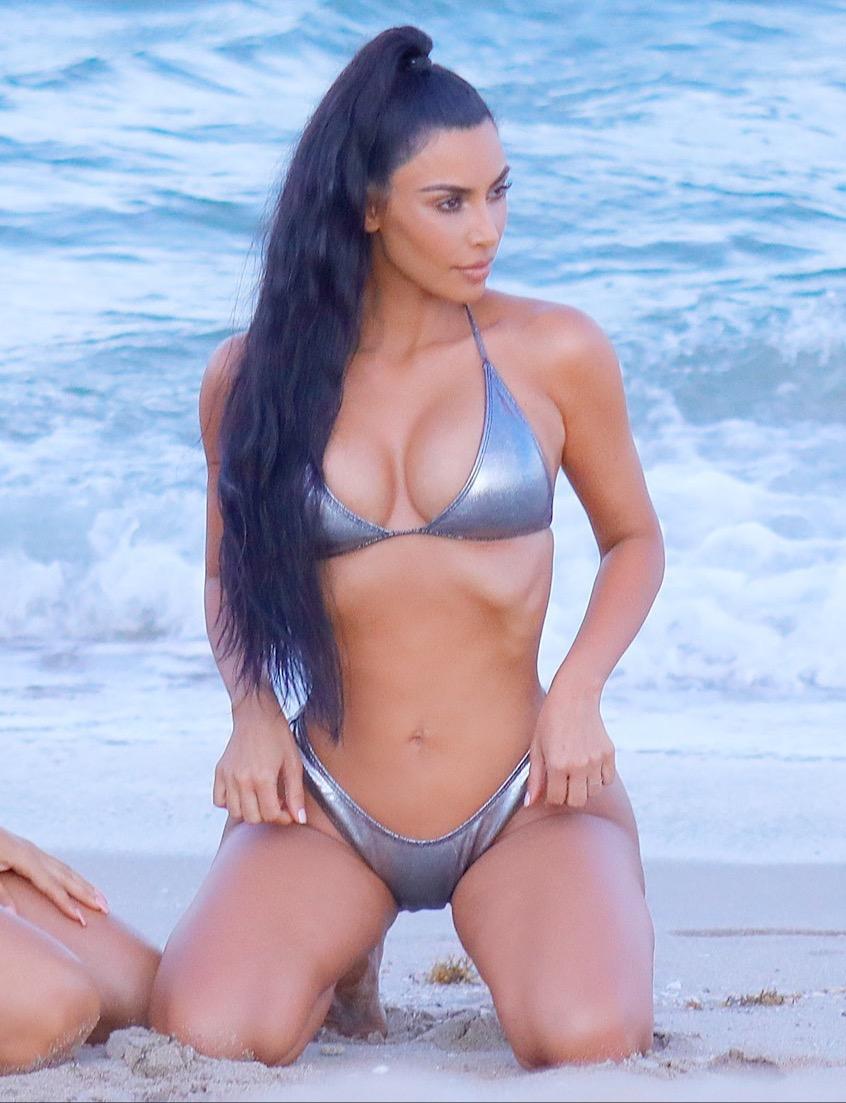 Mum-of-three Kim looked trimmer than ever wearing a metallic swimsuit, which showed off her shapely derriere.

Her dark hair was tied off her face in ponytail, while her make-up was as immaculate as ever.

Larsa, 44, who is married to Scottie Pippen, also looked incredible wearing a plunging silver swimsuit for their beach time stroll/shoot.

The pals have been in Miami for 2 Chainz’s wedding to Kesha Ward at the Villa Casa Casuarina. 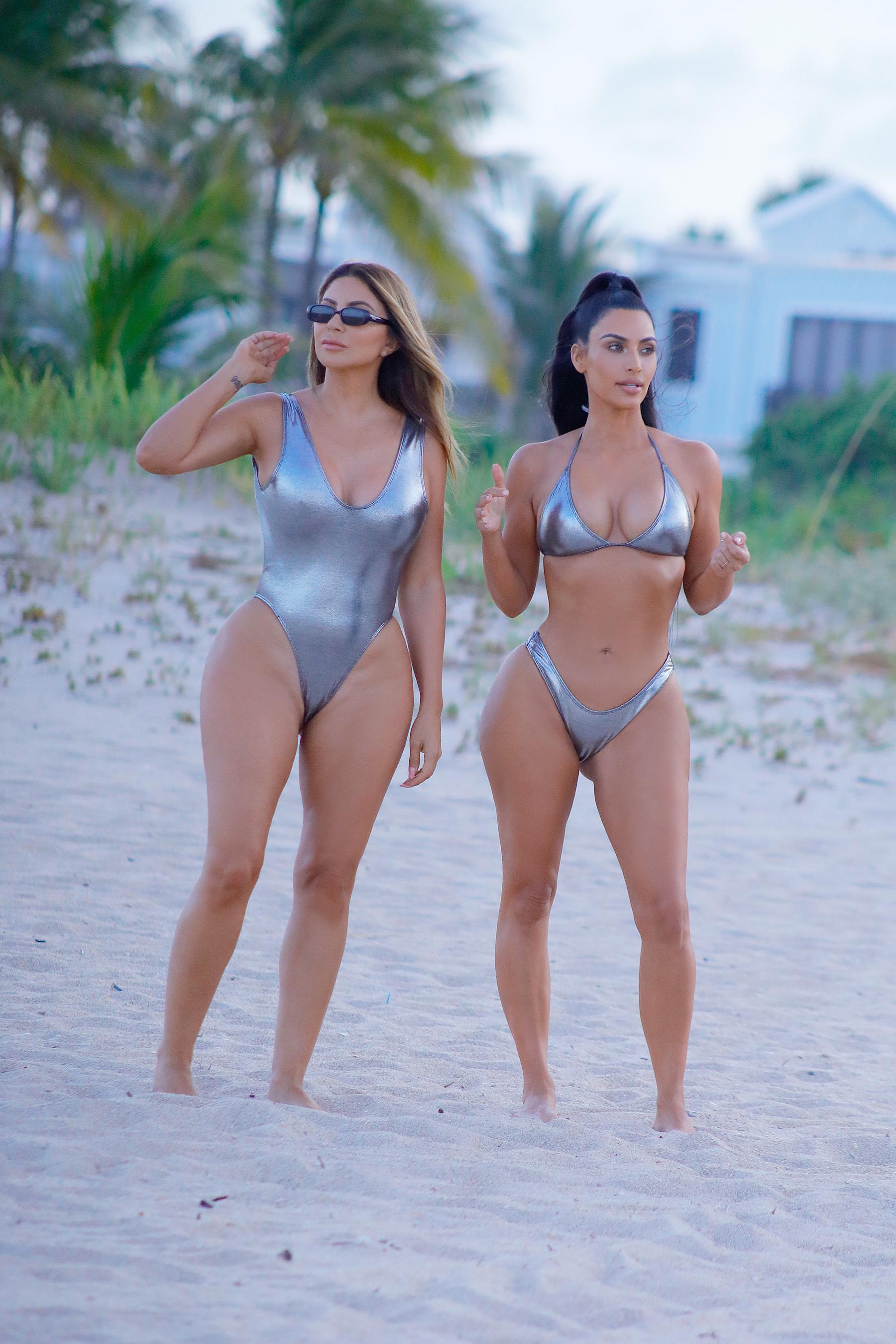 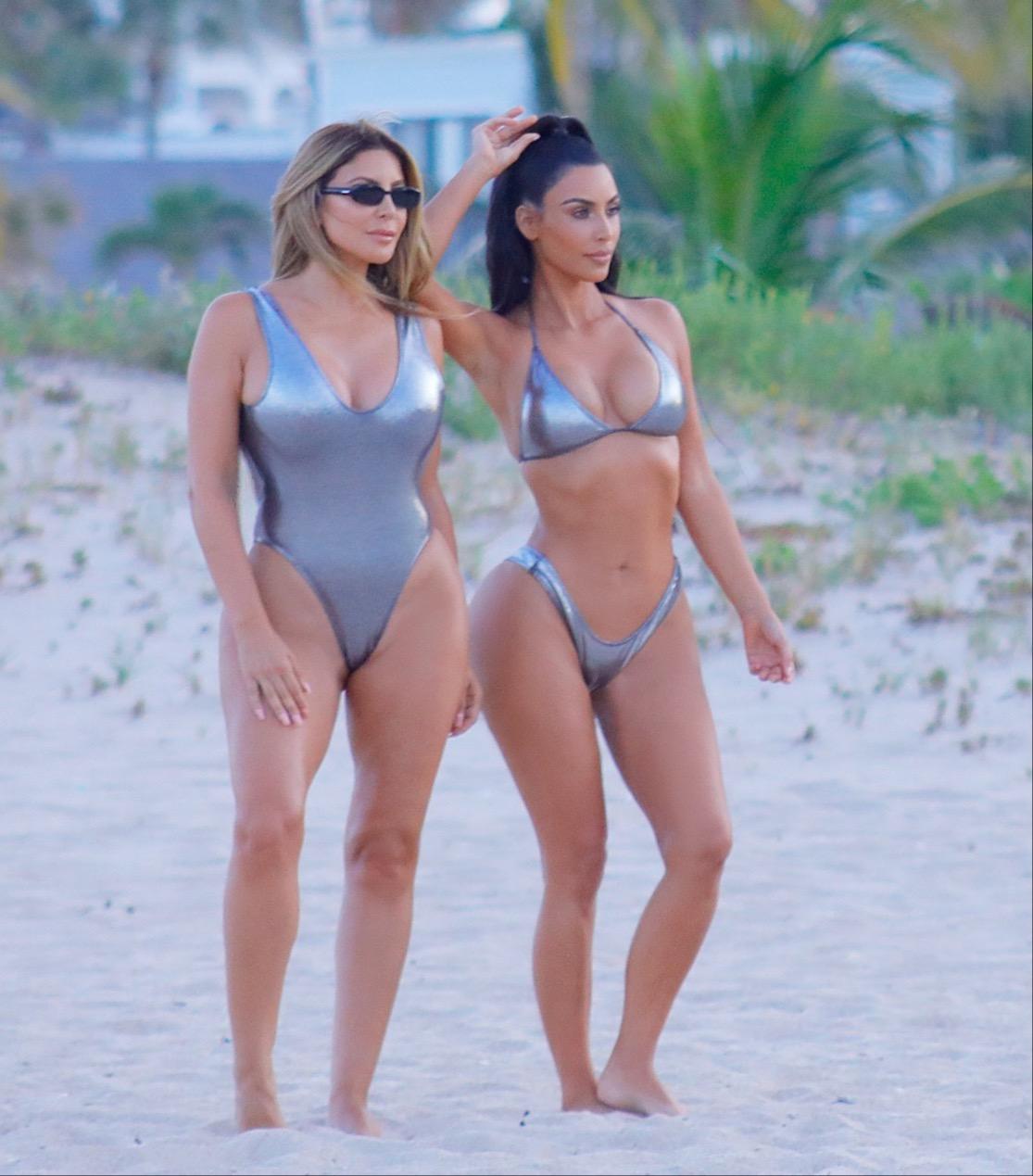 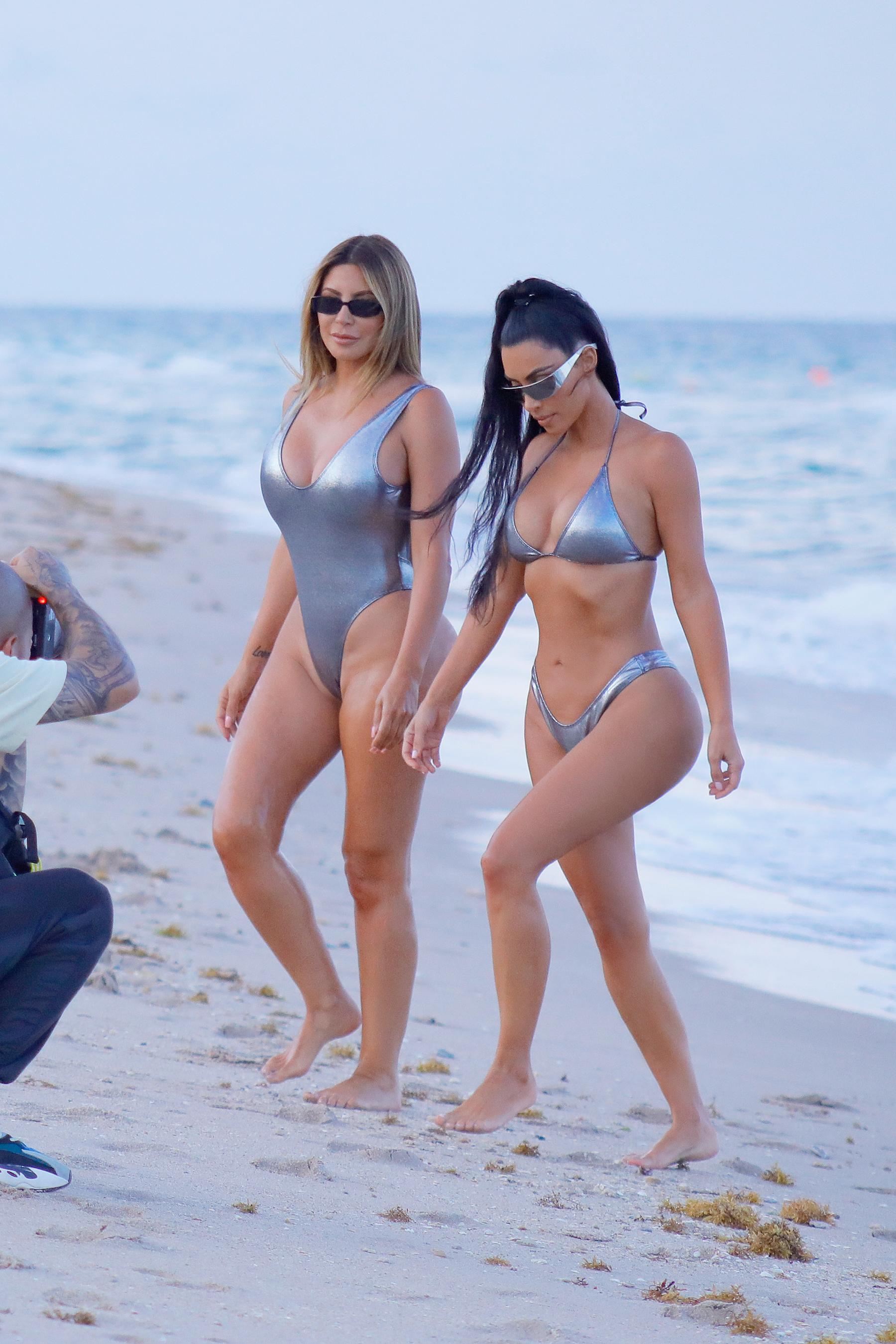 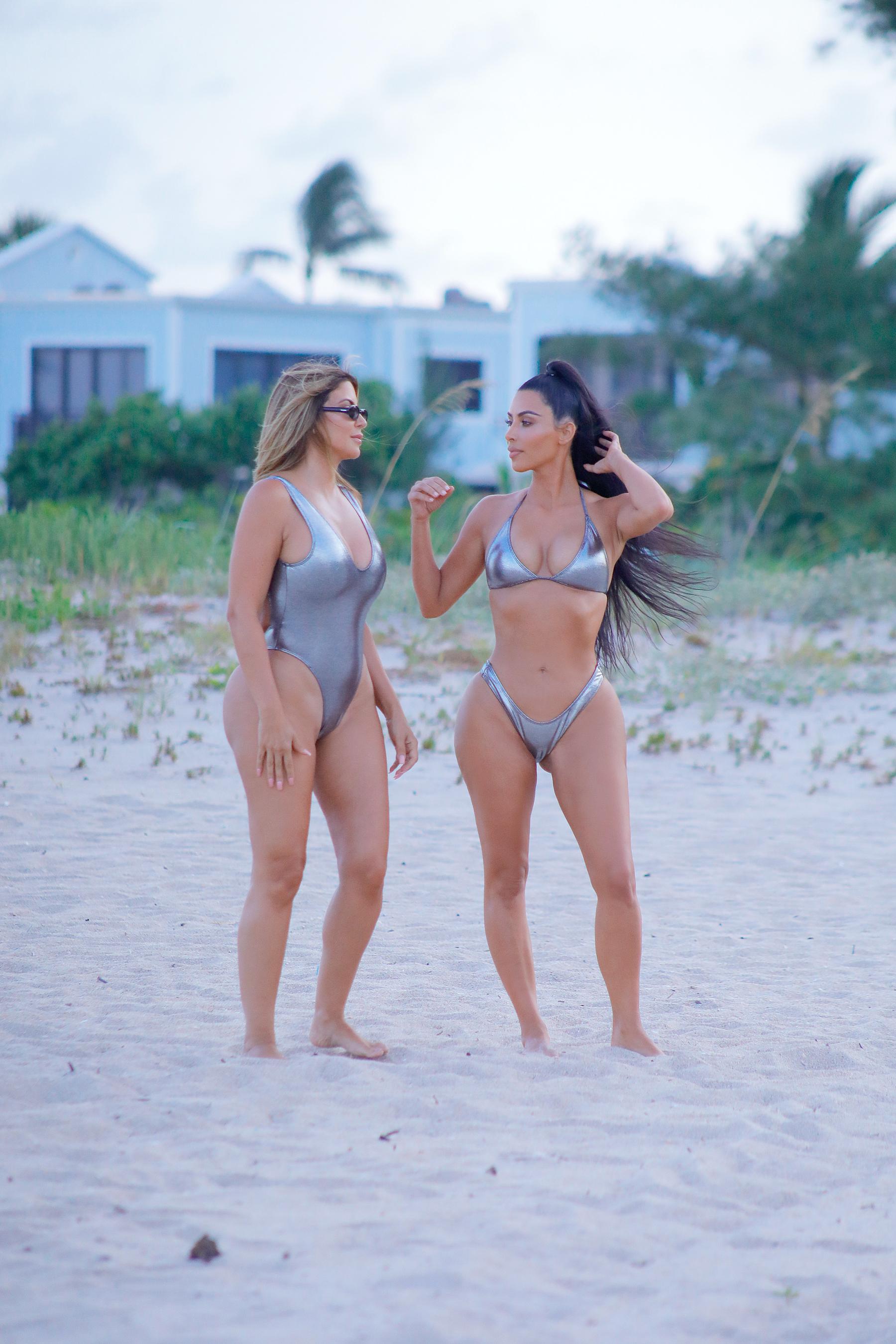 Lil Wayne, Kanye West , Alicia Keys and Swizz Beatz, and Monica, were all in attendance and they reportedly also said their vows in front of a white tiger, which the rapper had rented for the occasion.

Footage of the ceremony was shared on Instagram and showed Kesha walking down the aisle in a mermaid-style wedding gown while John Legend's 'All of Me' played.

She then changed into a red dress for the reception, while the 'Birthday Song' hitmaker – whose real name is Tauheed Epps – swapped his tuxedo for a gold blazer.

In an Instagram Story clip, they were introduced to their guests at the villa, which was previously owned by the late Gianni Versace, as "the handsome, debonair Tauheed and his gorgeous diva of a wife". 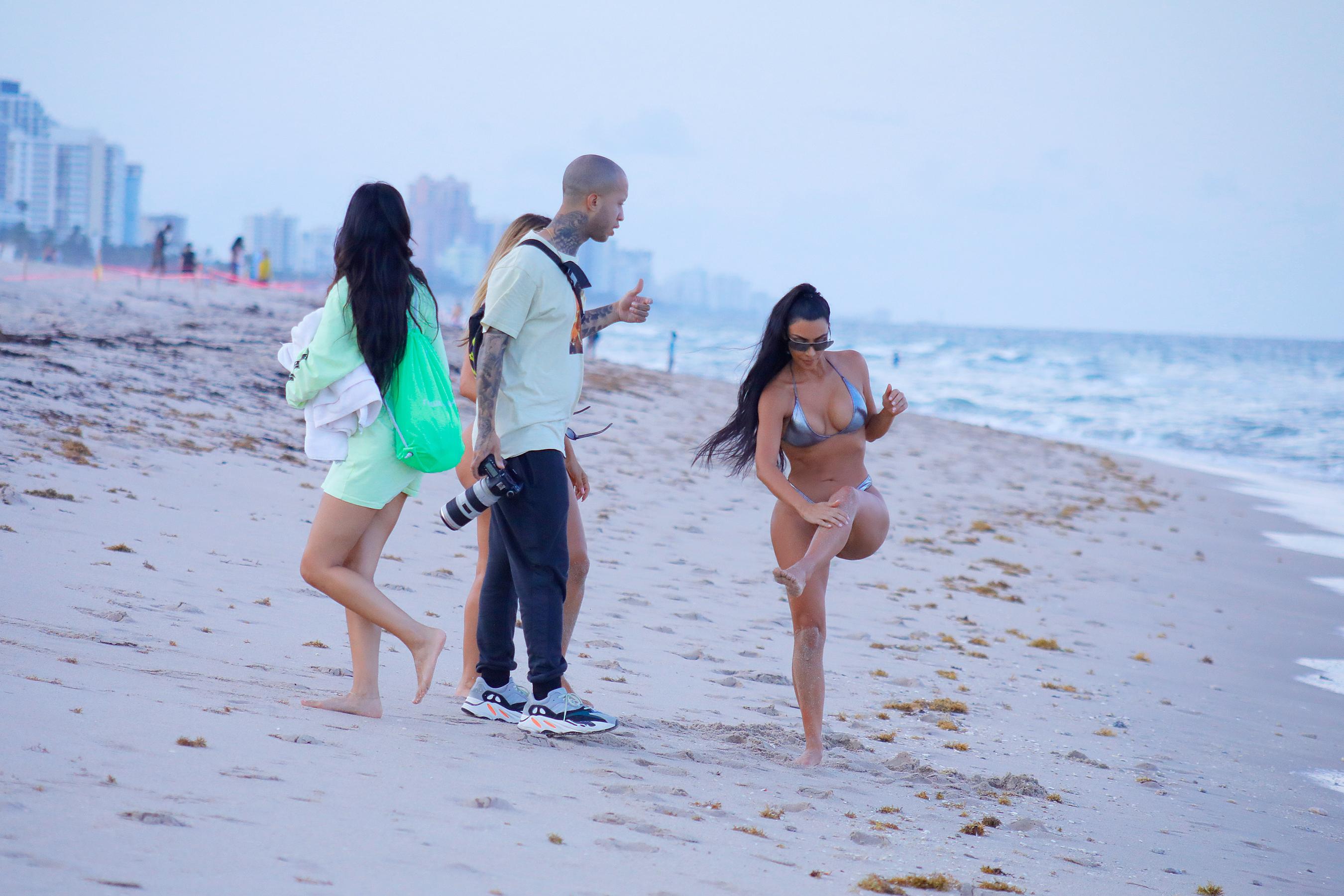 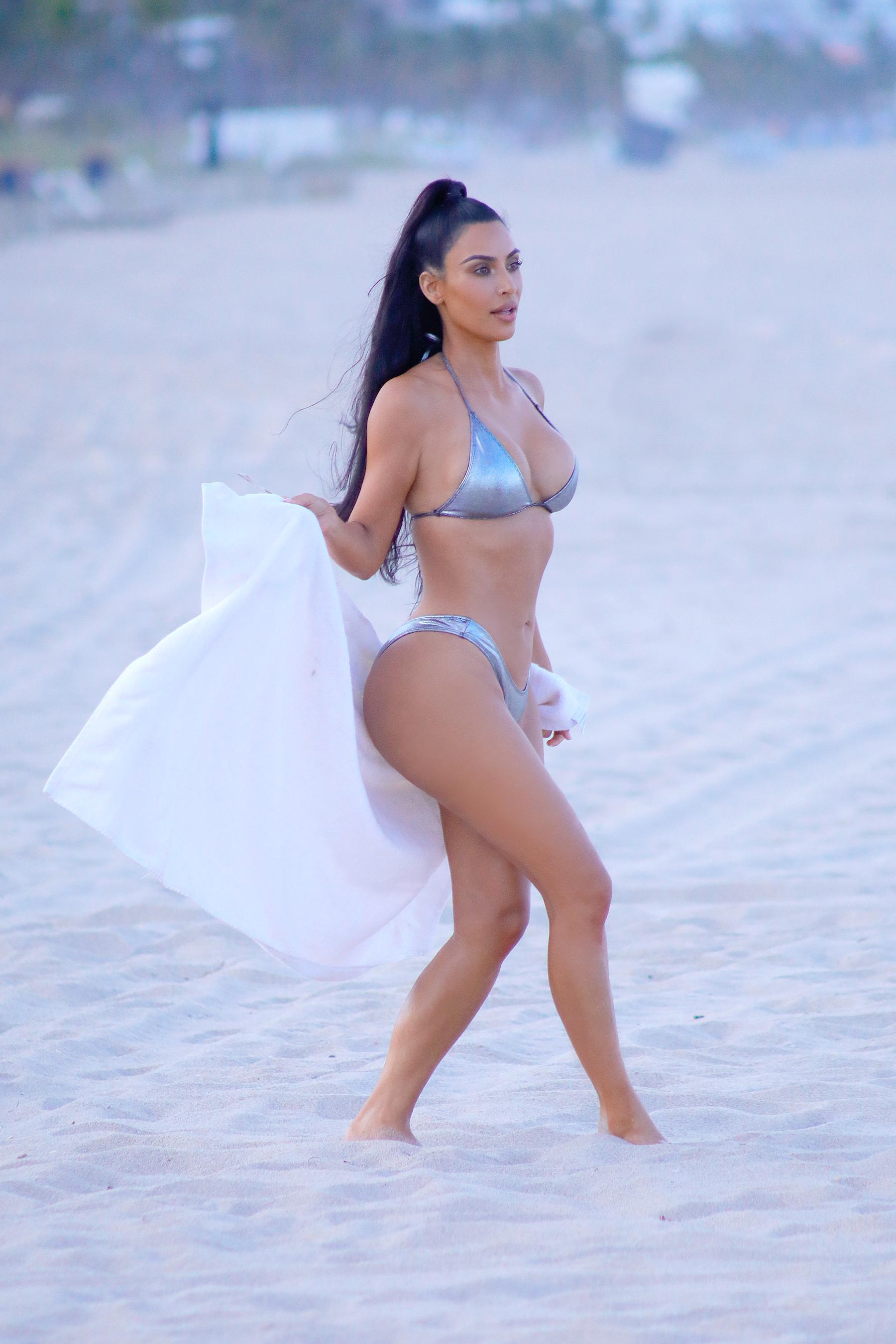 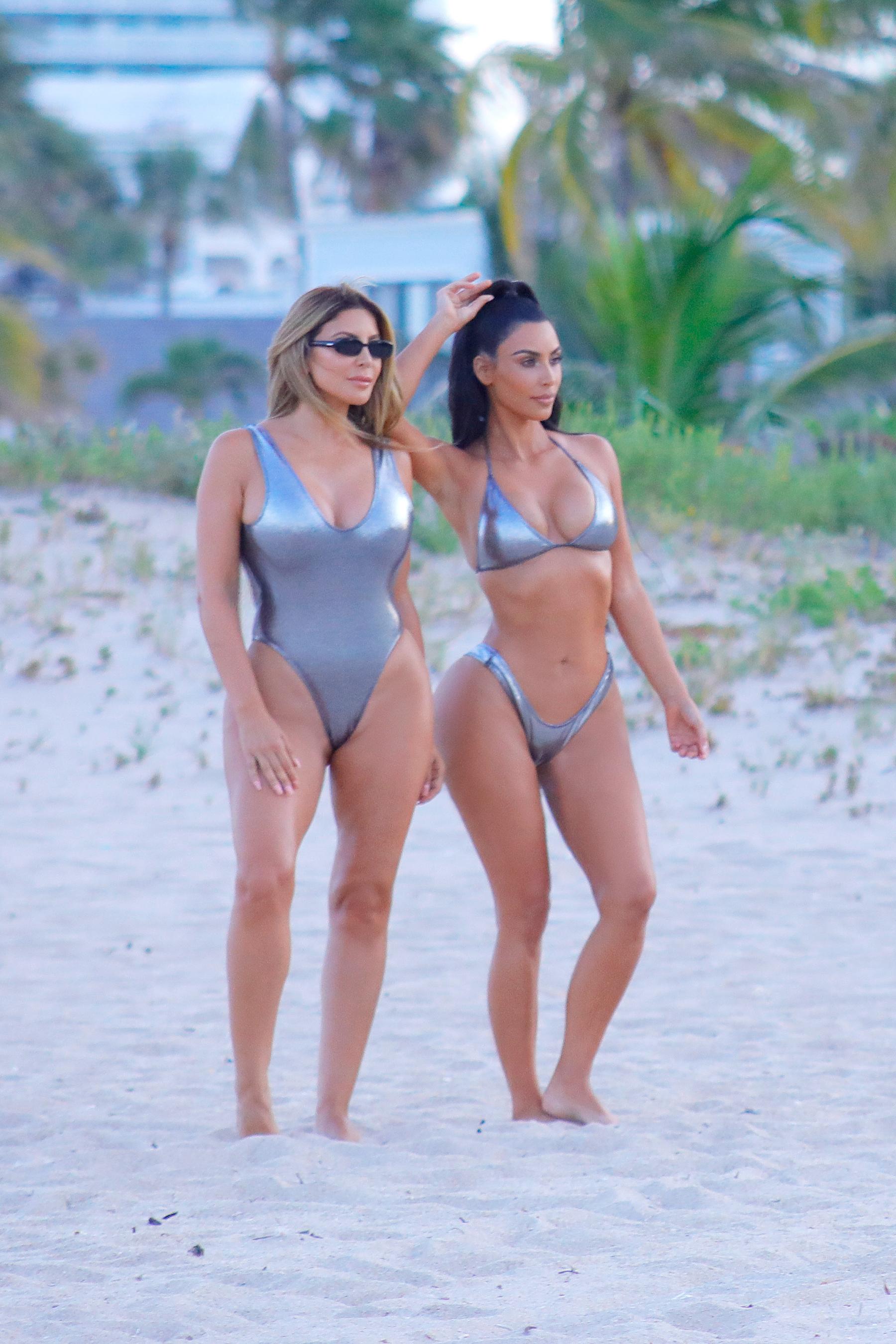 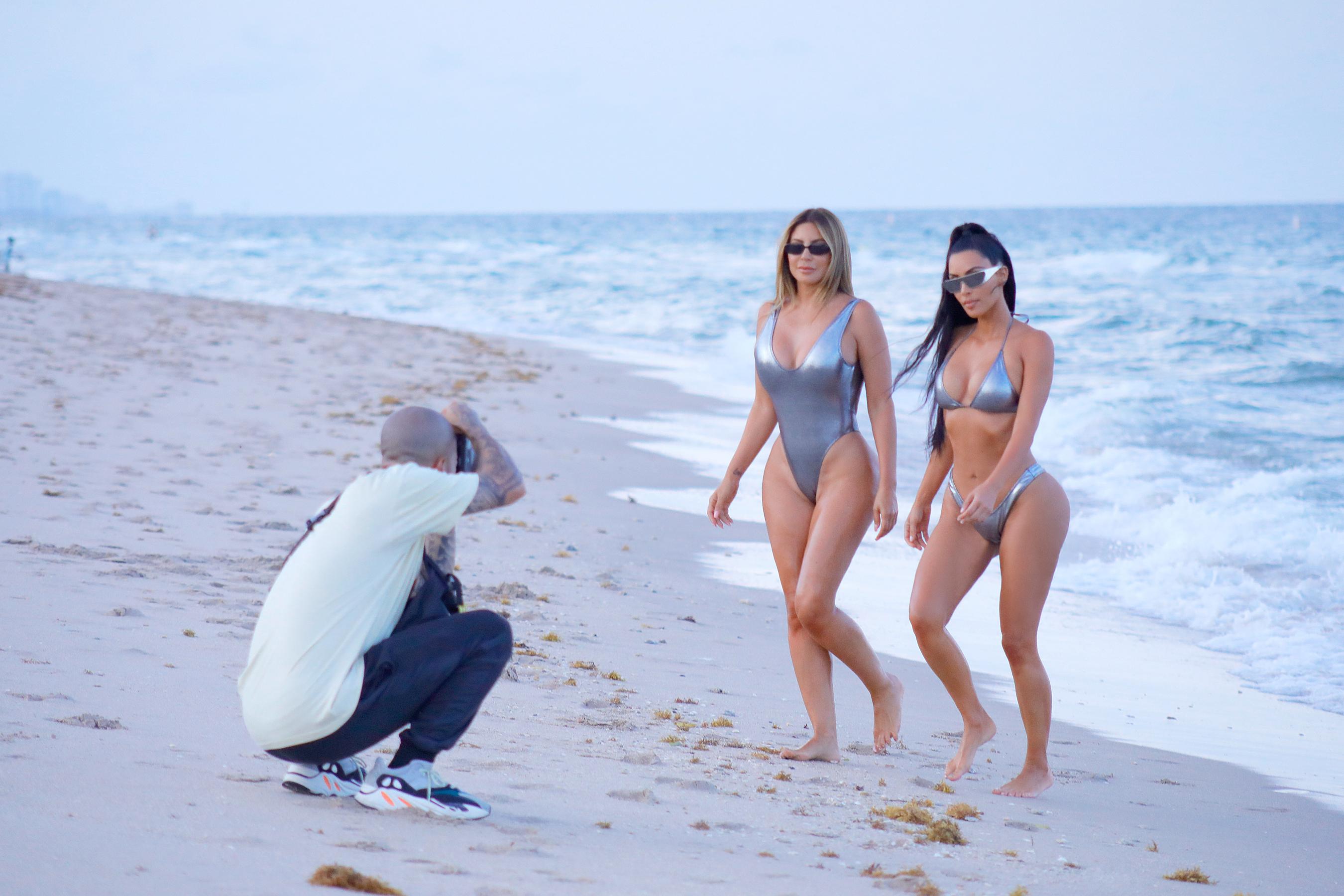 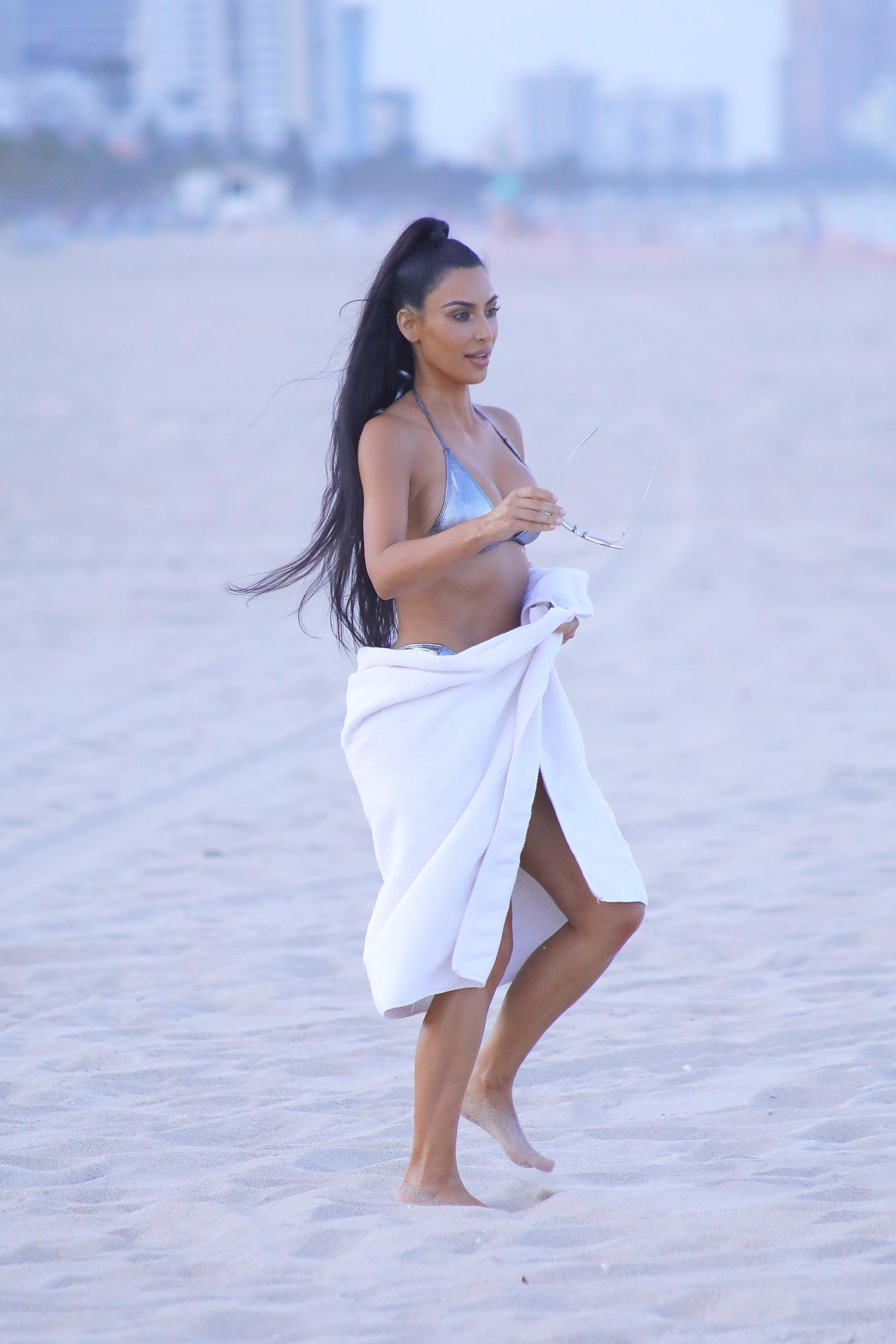 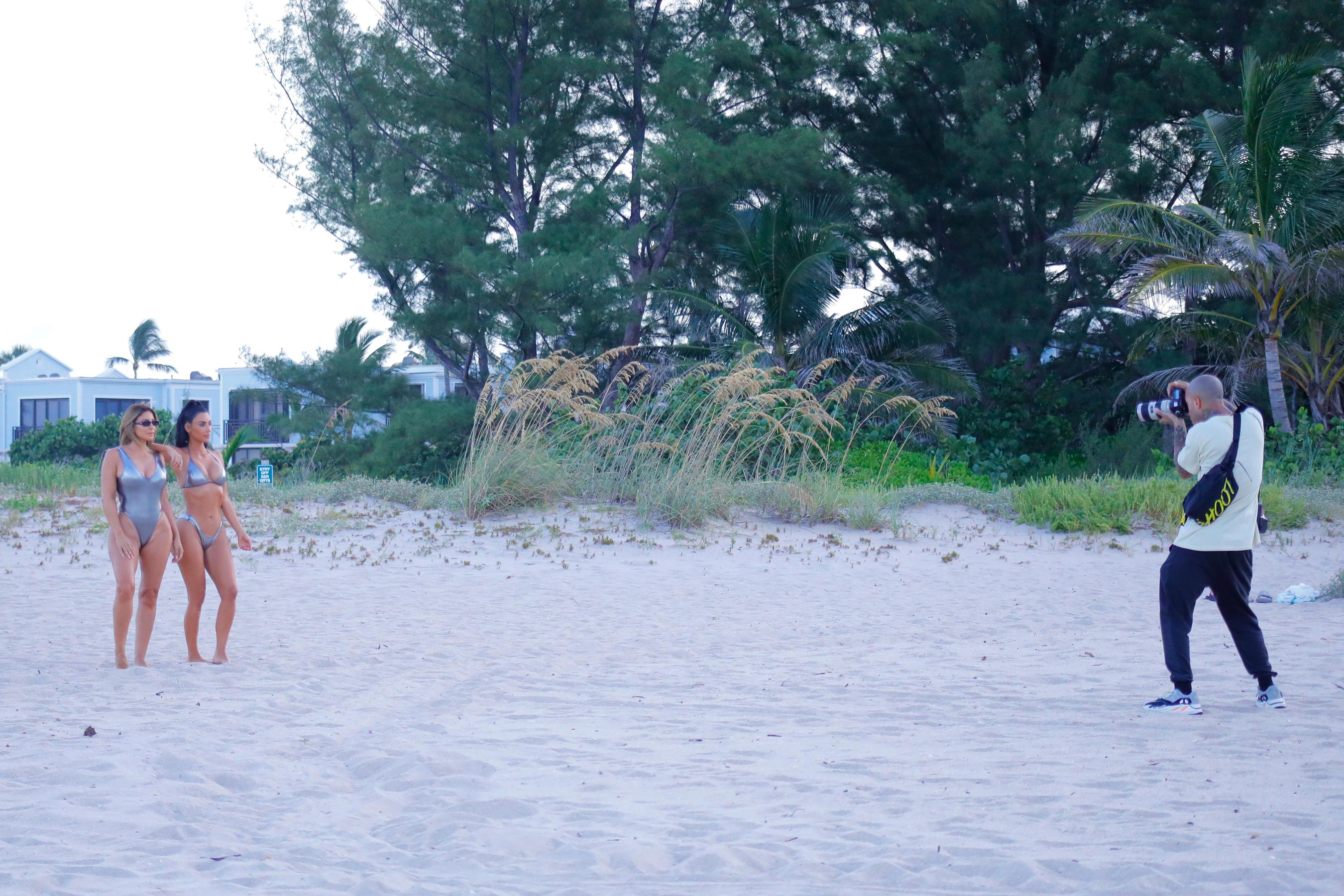 Meamwhile Kim’s Keeping Up With The Kardashian co-stars and sisters recently expressed concern that she wasn’t eating after she debuted such a “skinny” look.

Kim hit back at the claims telling her siblings: "You guys, I'm not that skinny! I'm down to 119lbs but I will say that I am less when I take out my hair extensions so I don't have them in now."

Khloe hit back, saying: "That's because you're muscle.

"Your hair extensions, your ass, your tits, everything is heavy because you're f**king voluptuous. But she's anorexic here, she's pin thing, her arms are like my pinky." 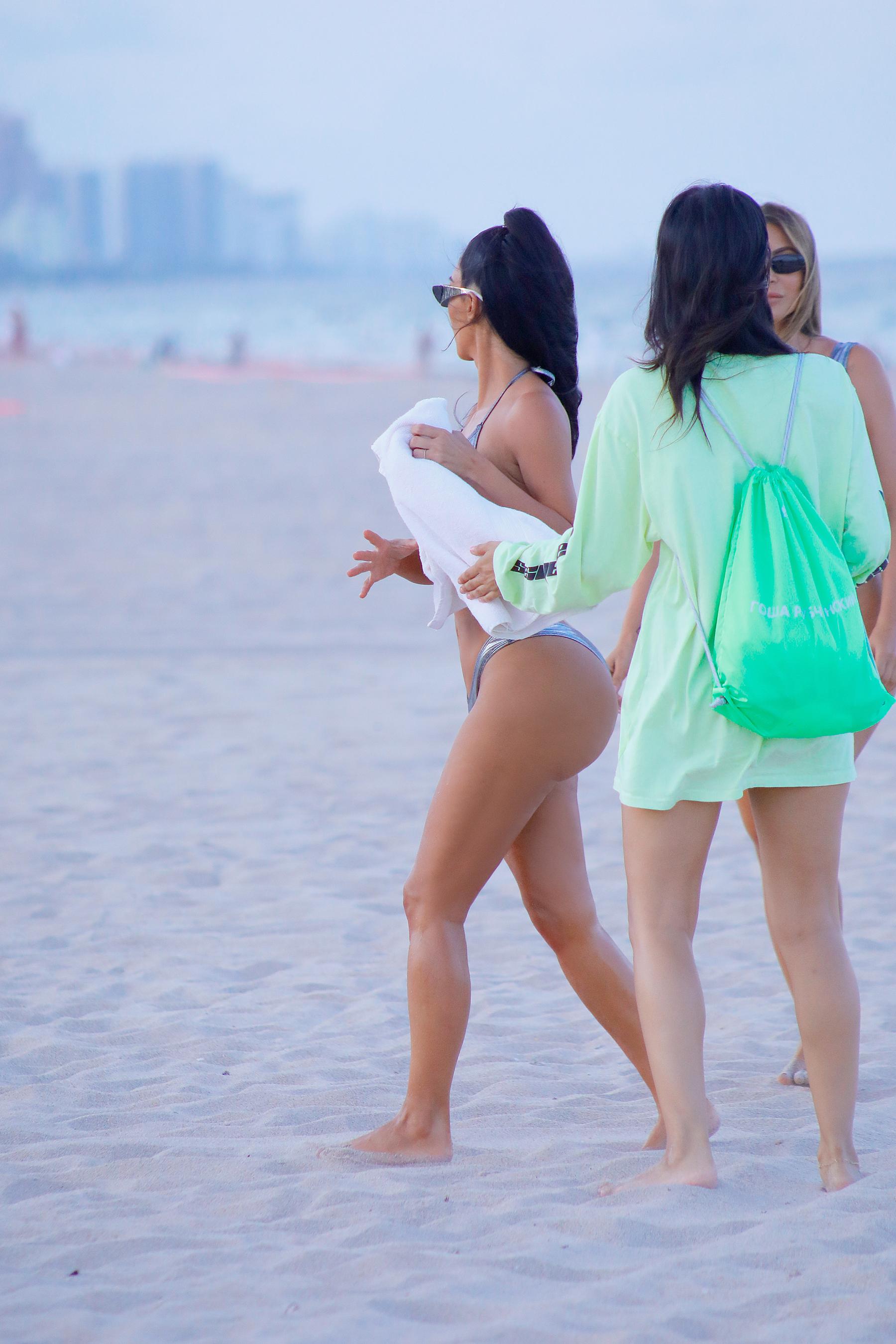 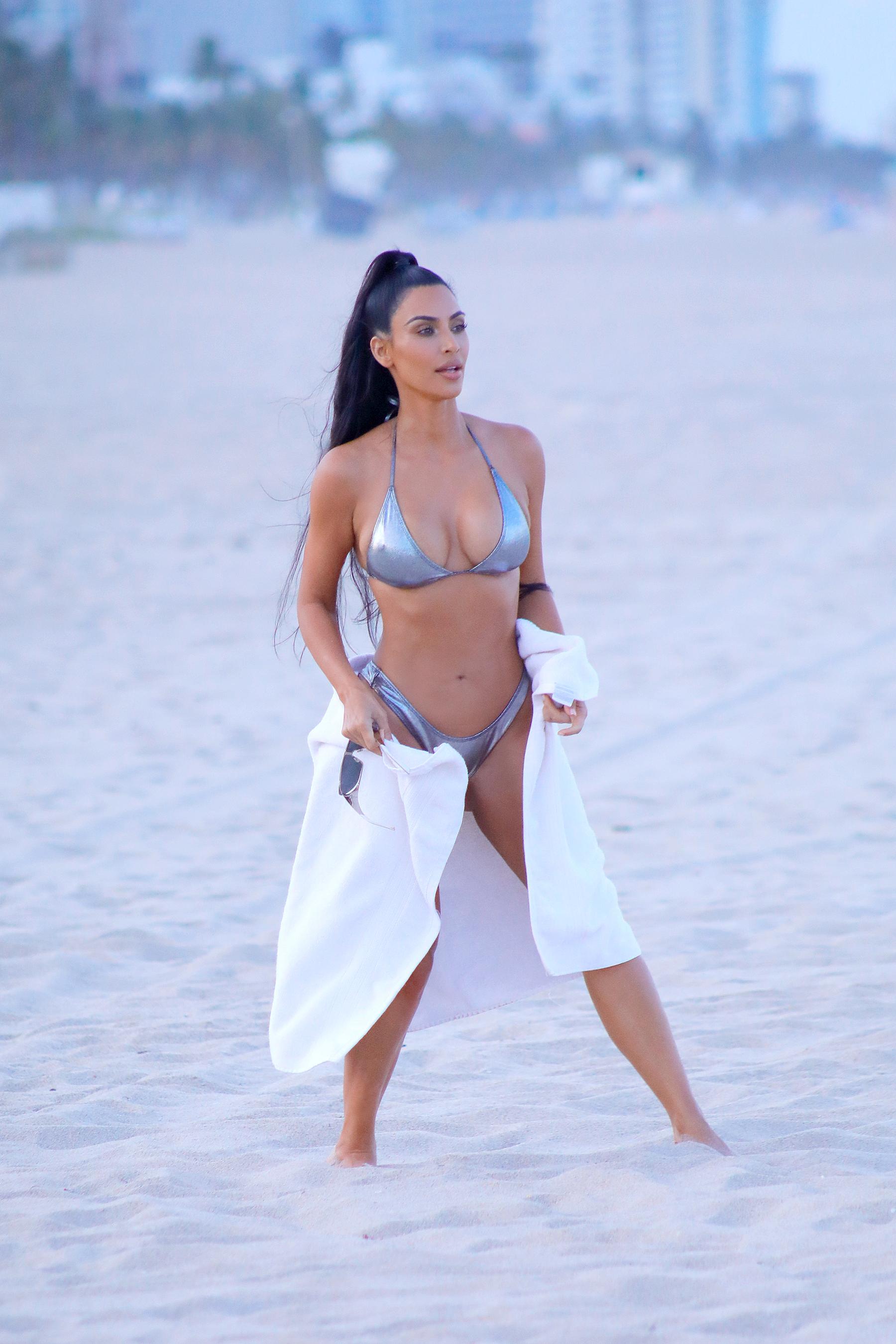