The superstar couple stopped off for ice cream after leaving a wedding ceremony in Miami on Saturday afternoon – and Kanye, 41, insisted on giving his lady love a helping hand. 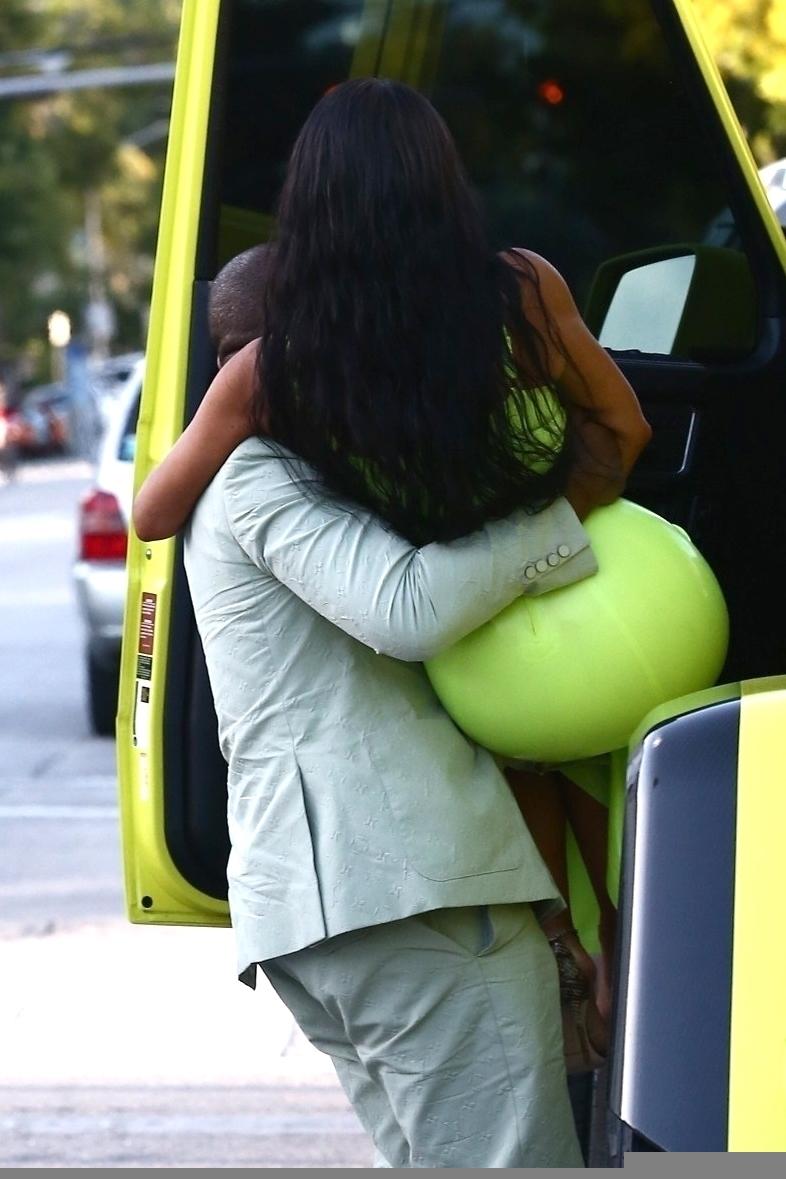 Kim, 37, wore a figure-hugging green dress that matched the colour of her car, while Kanye wore a beige suit.

The Keeping Up With The Kardashians star was then seen devouring her ice cream cone as Kanye stood guard.

Kim has been rocking the neon look all week during her stay in Miami.

On Thursday she was snapped wearing a neon green wig, and yesterday she showed off her enviable figure in a skintight pink Chanel catsuit on board a luxury yacht. 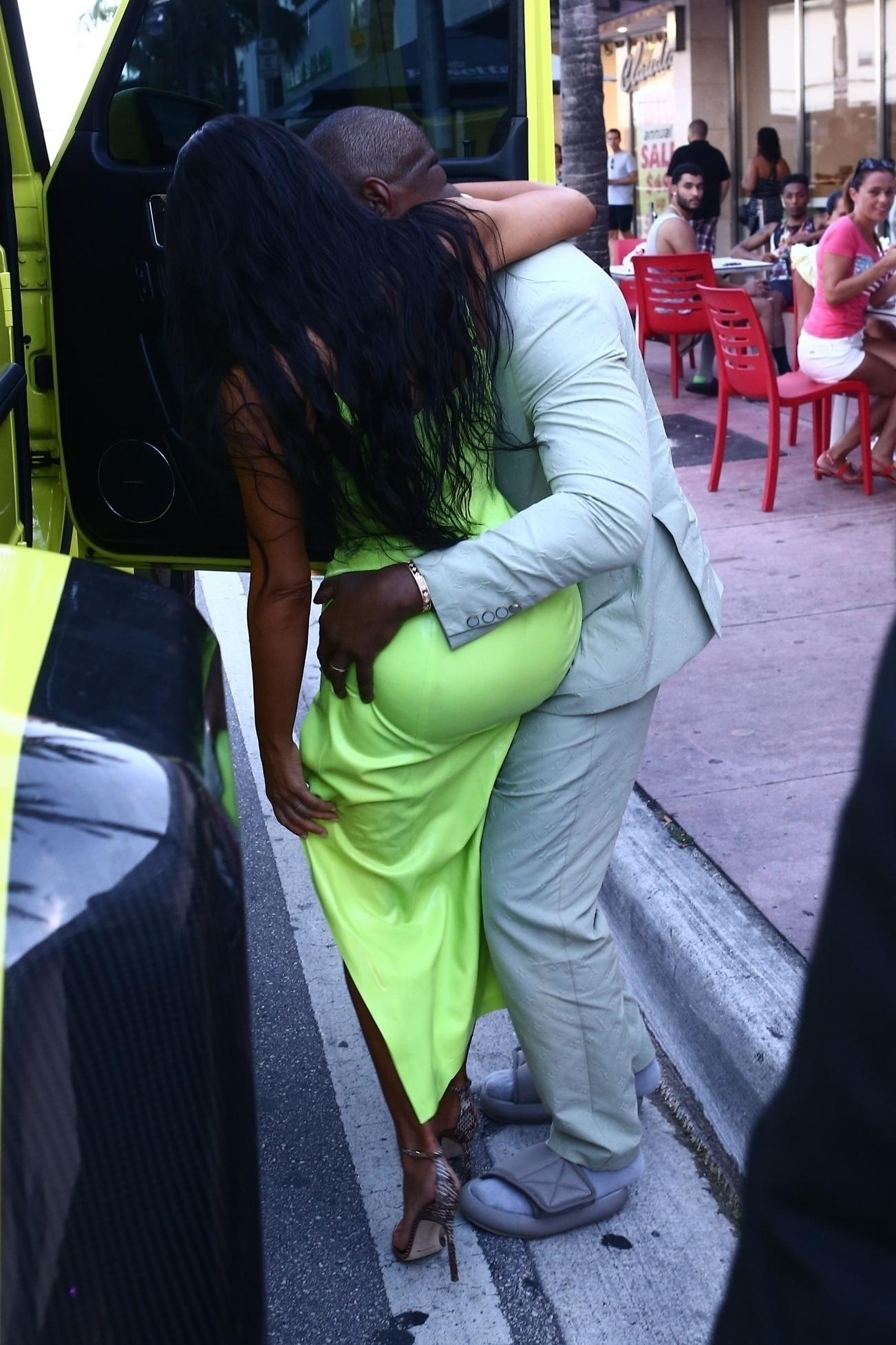 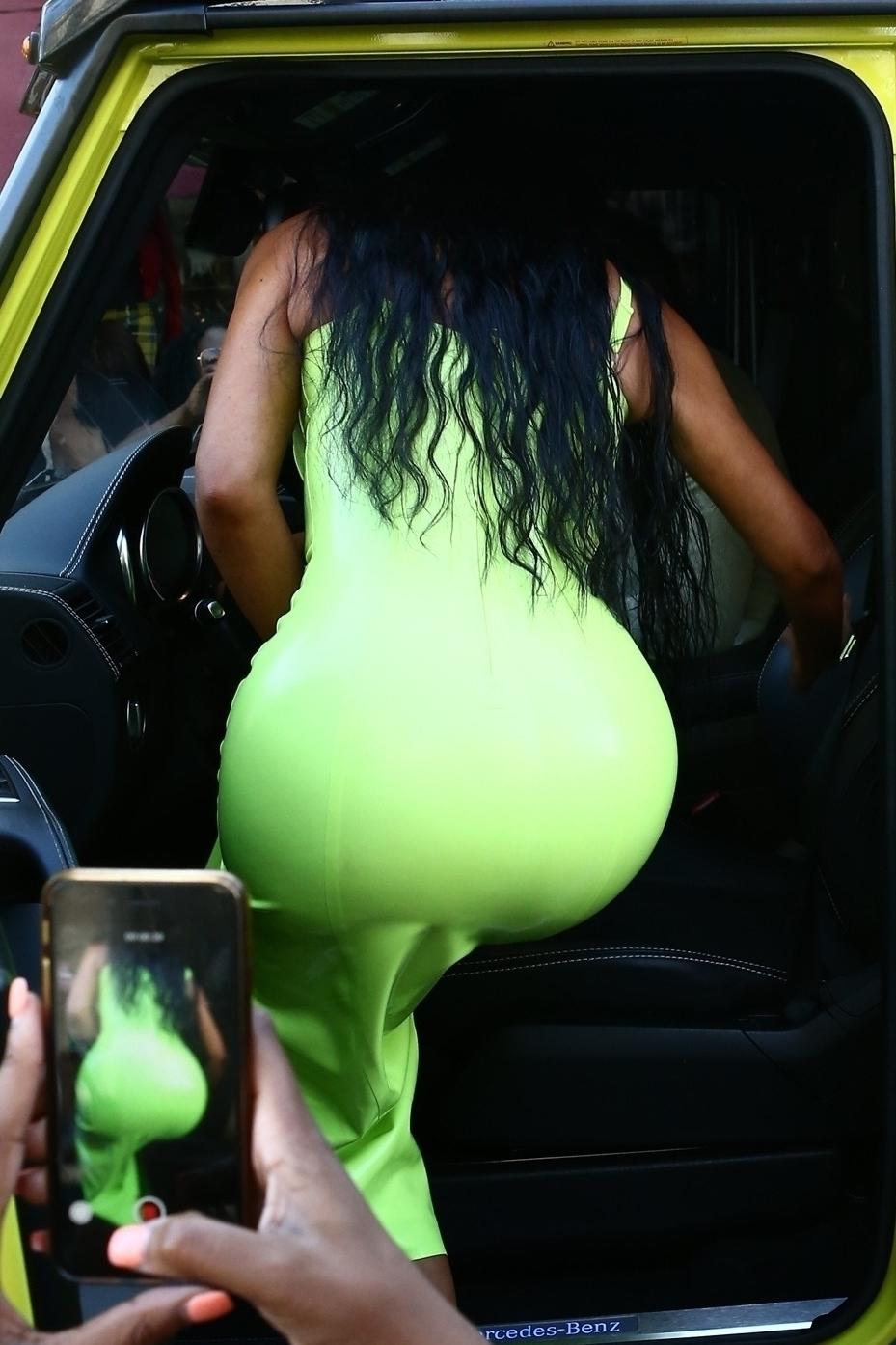 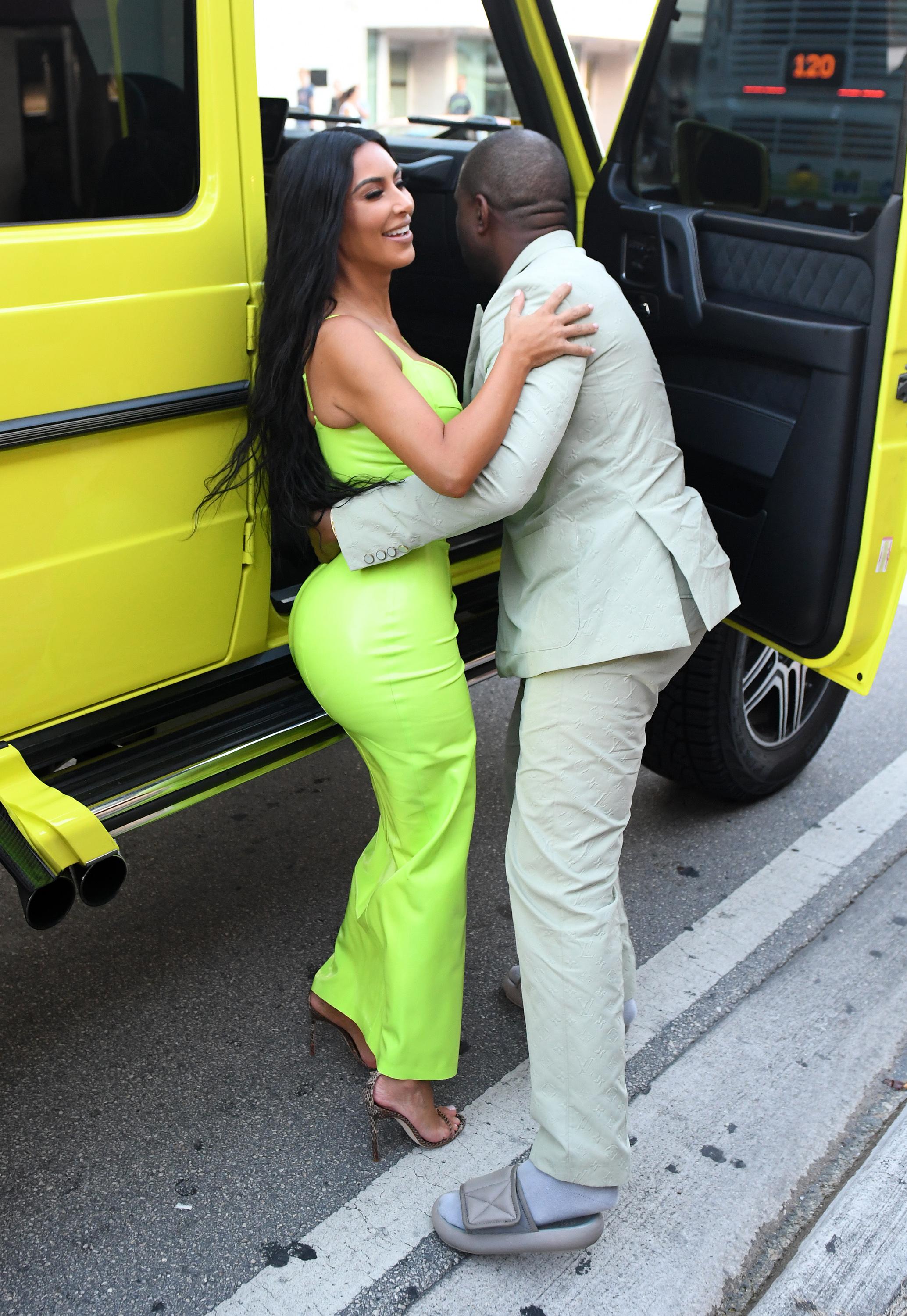 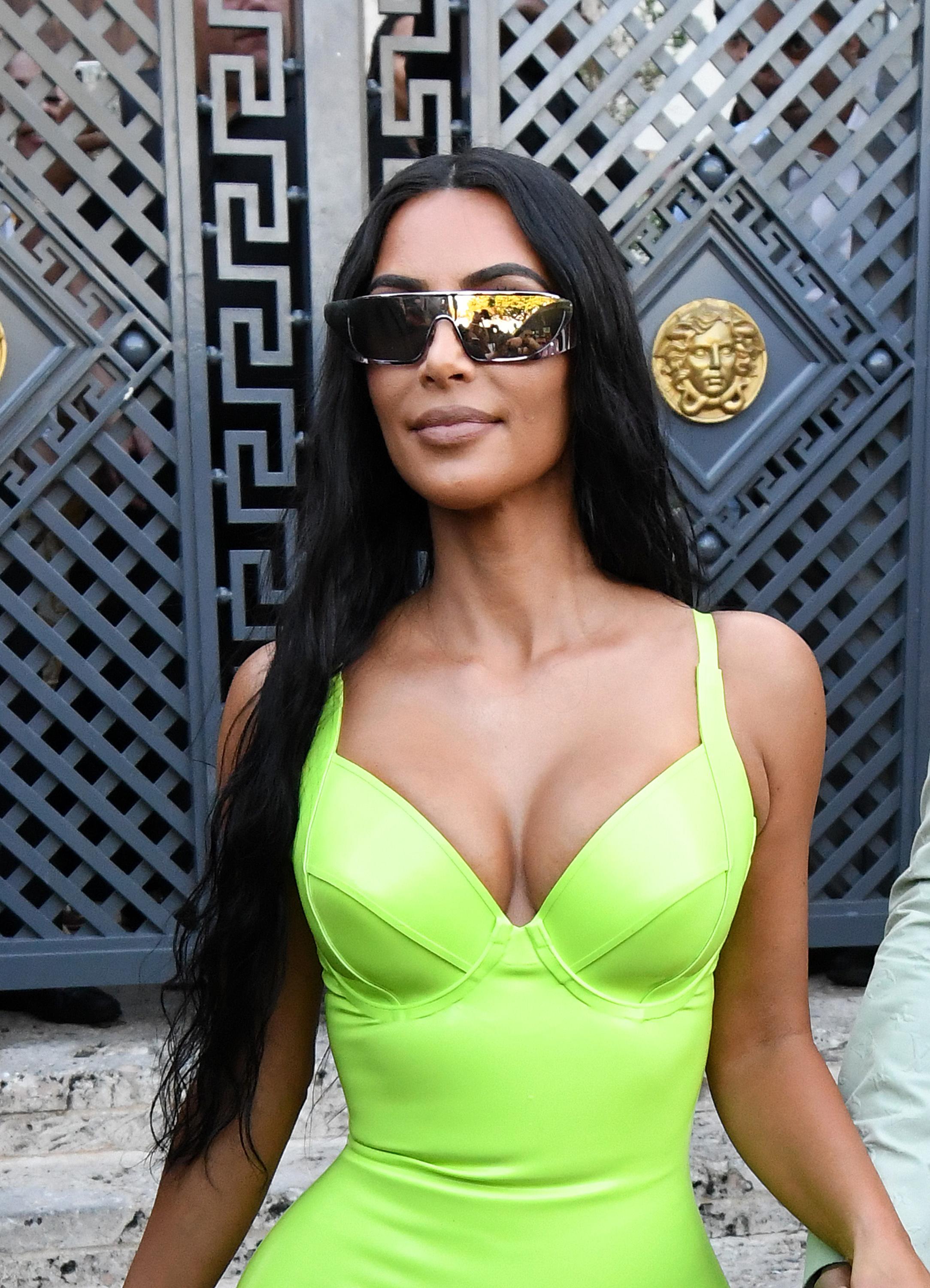 In recent months Kim has been hitting the gym hard and is keen to show off the result whenever she can.

Kim, who is also mum to six month old Chicago, recently revealed that she "doesn't give a f**k about anything" other than her family.

She admitted that motherhood has completely transformed her outlook on life. 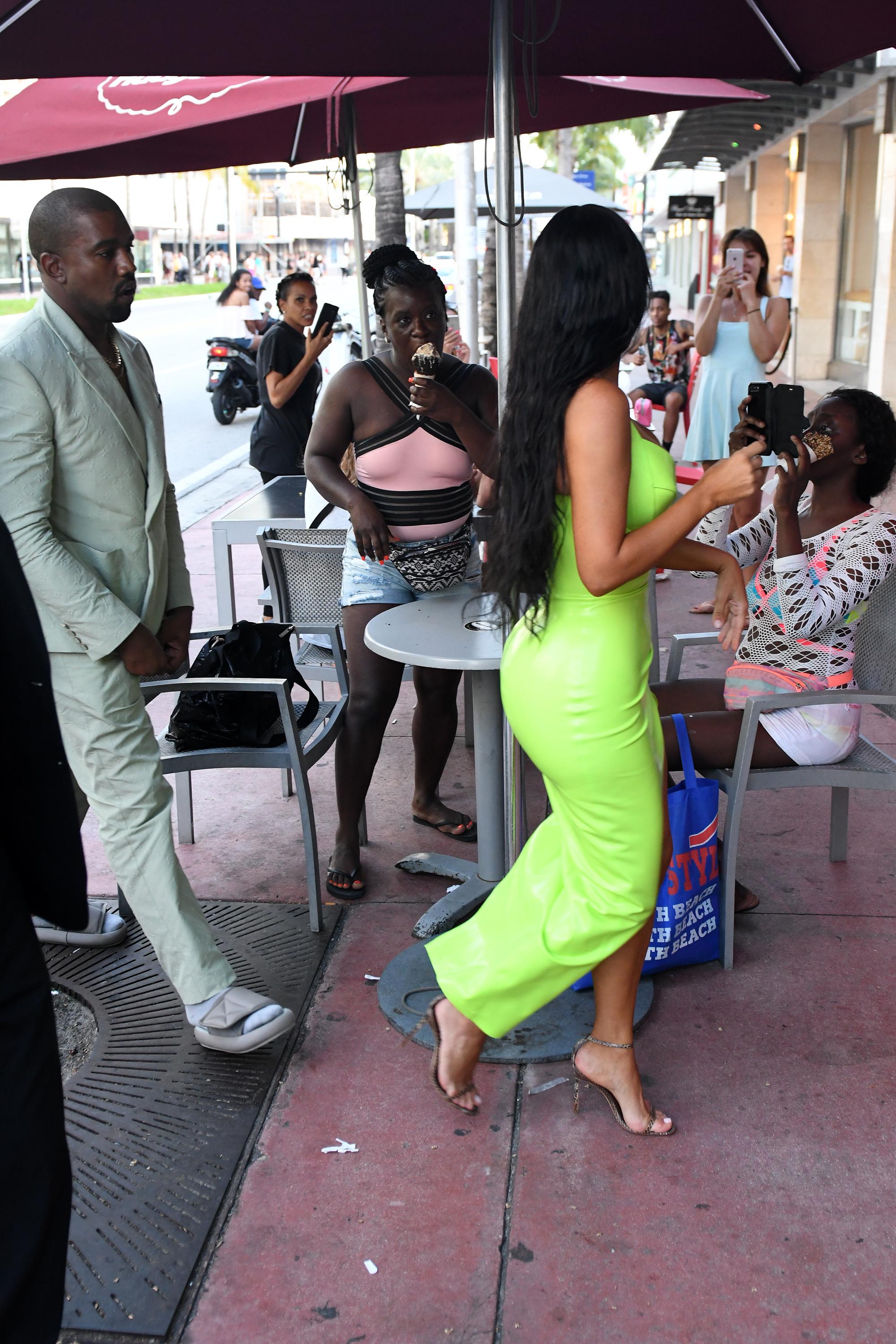 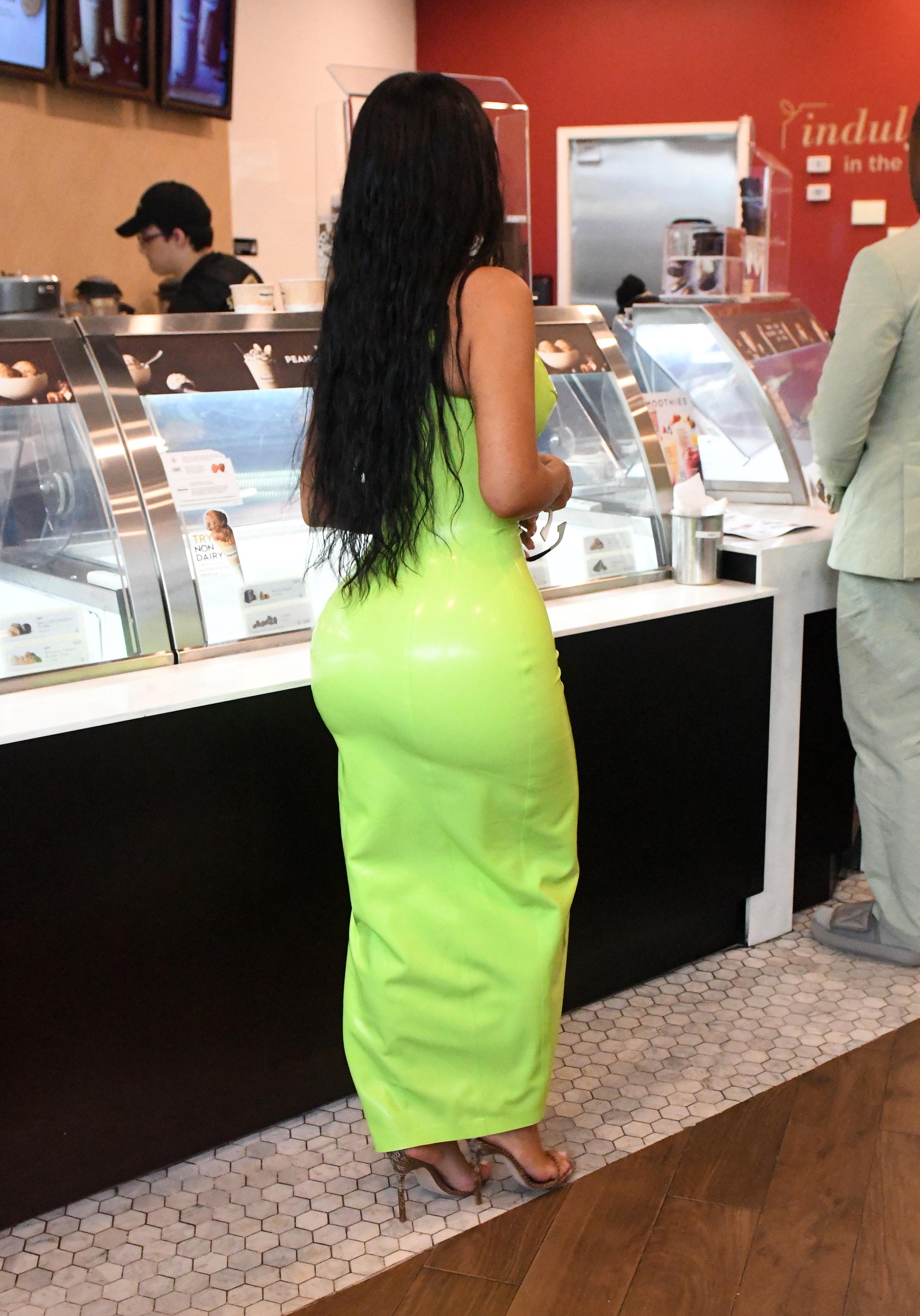 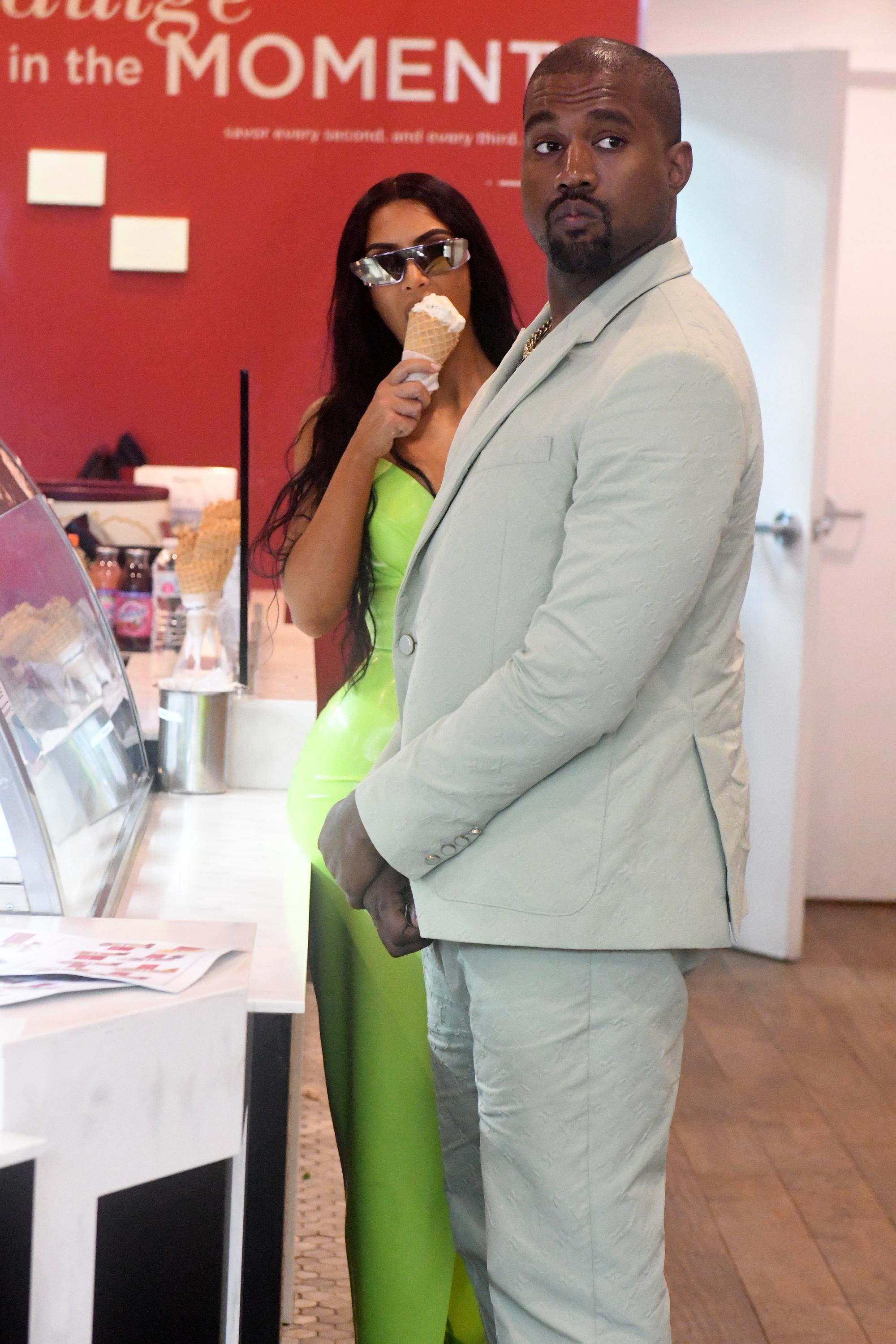 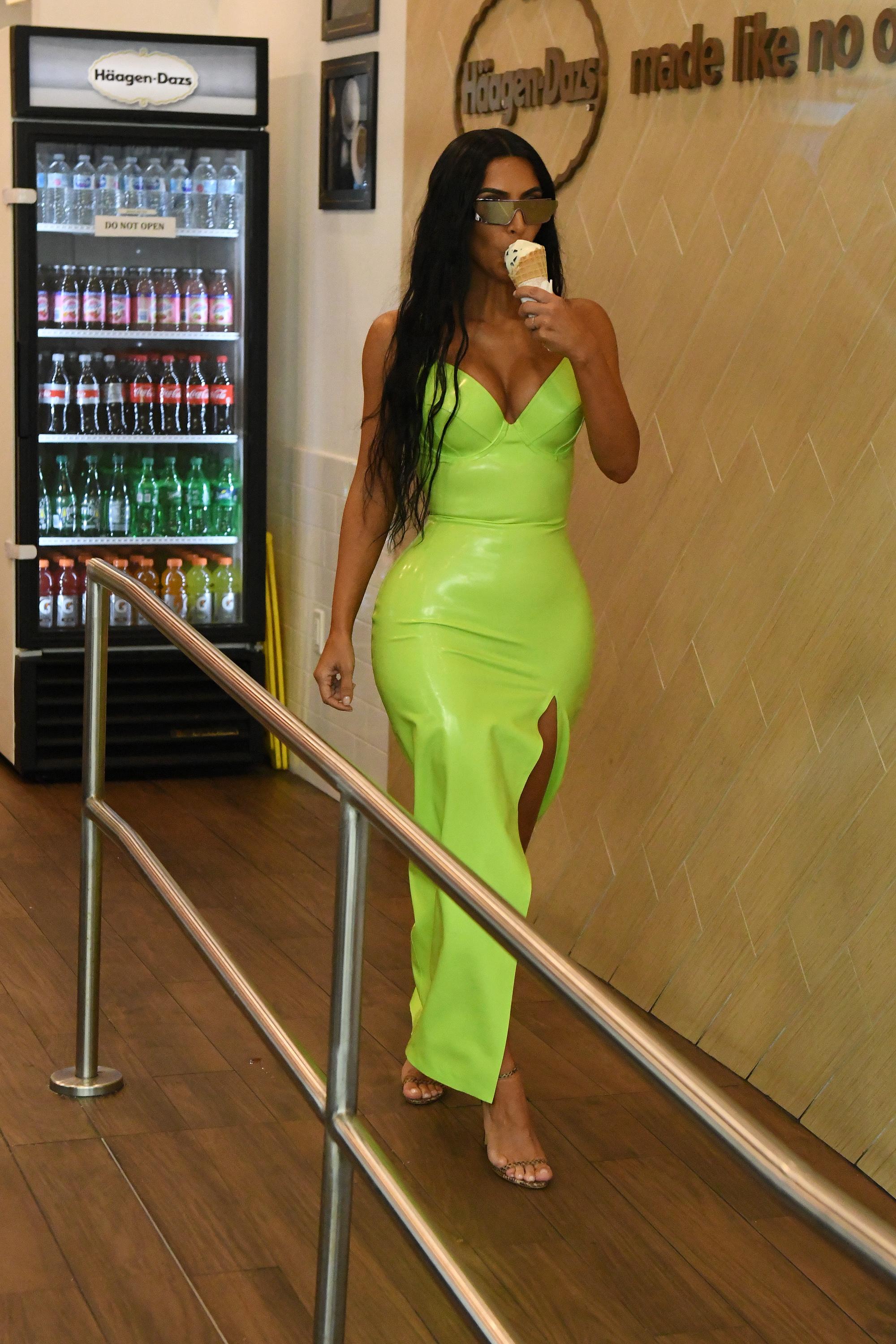 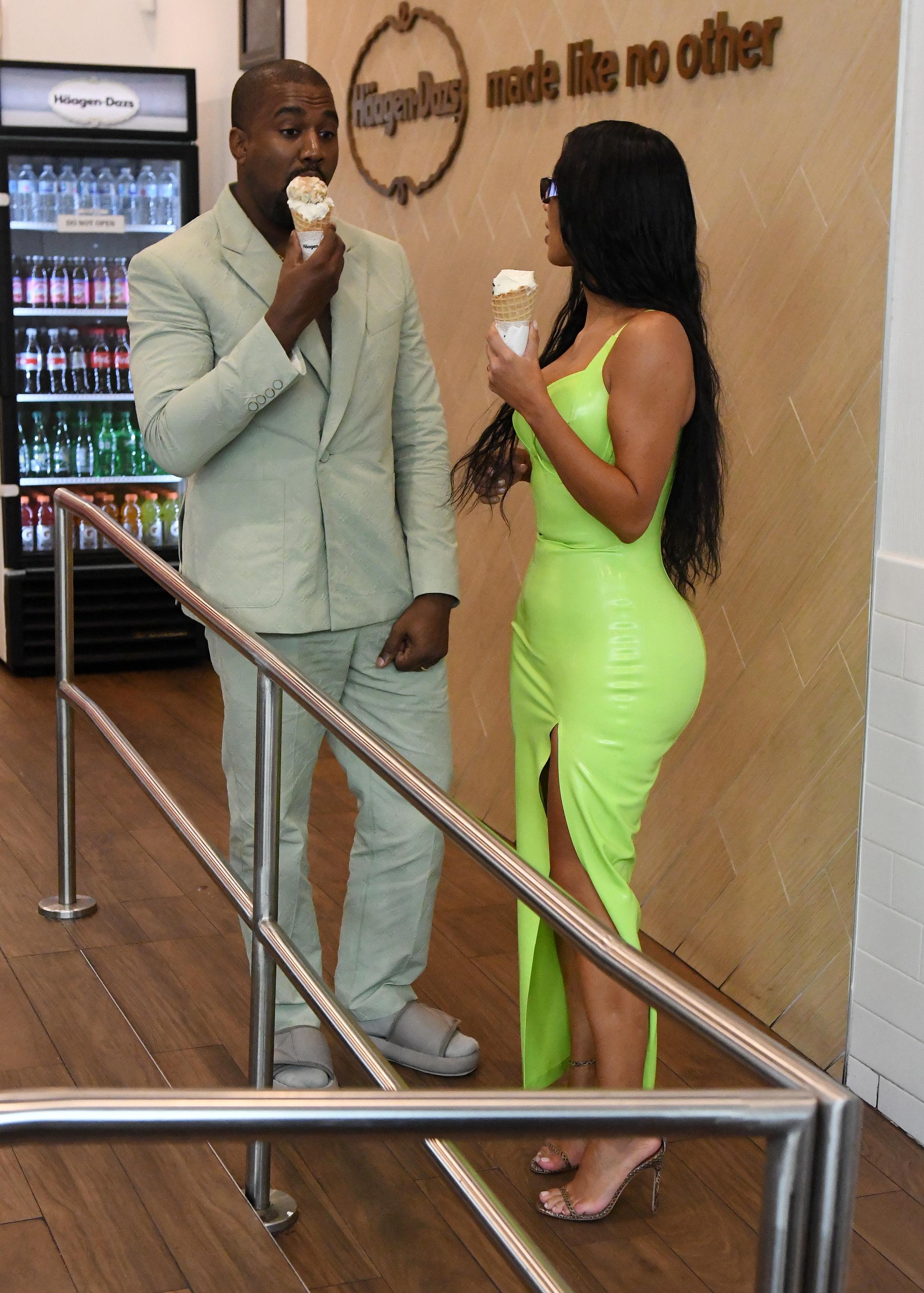 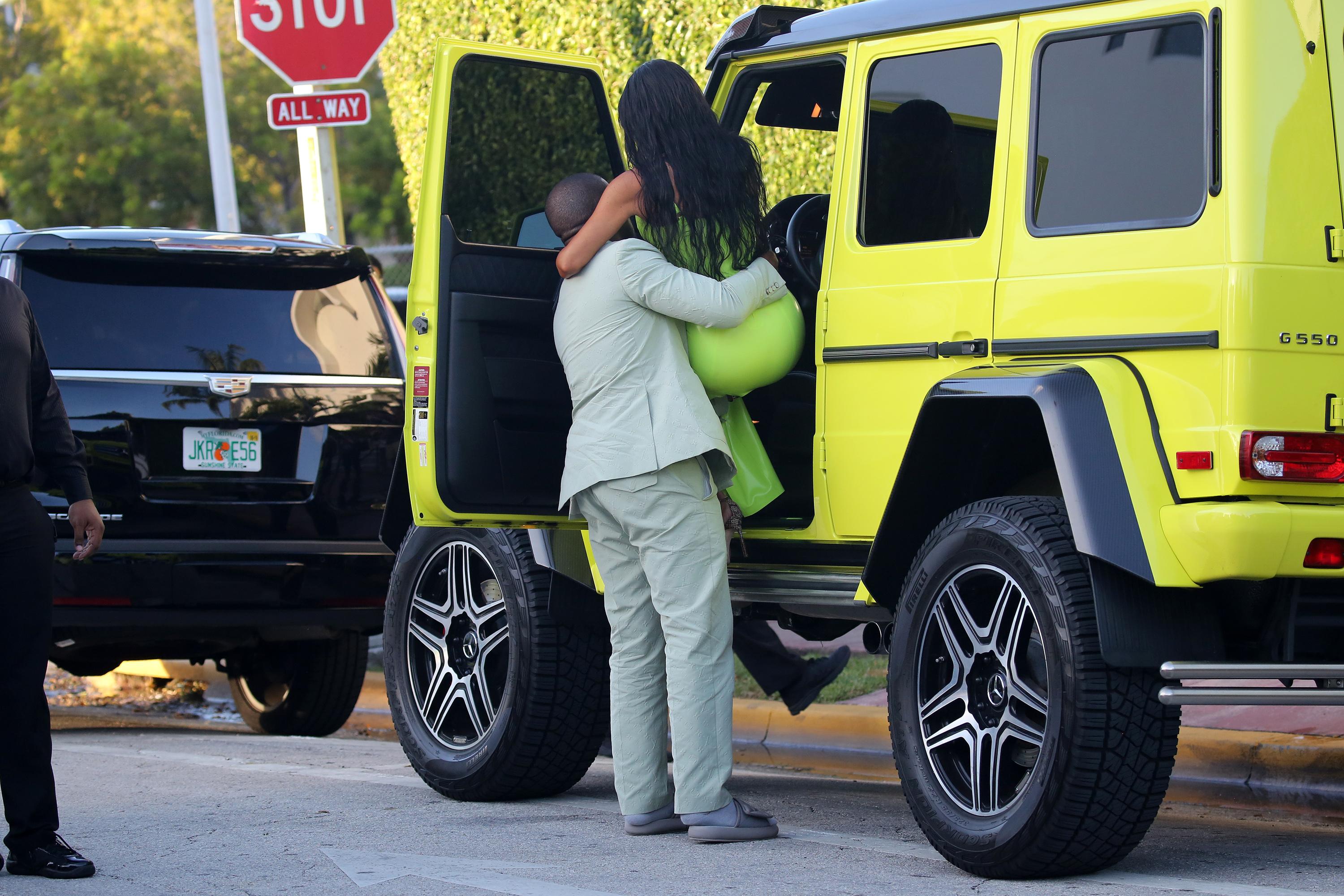 She said: "Being a mom just not makes you give a f**ck about anything else but what's immediately going on inside, like in your home, in your family – like all the other stuff kind of fades away.

"Nothing matters but your family, so I think it really helps you centre and get grounded."

The Sun Online recently revealed how Kim's mum Kris Jenner gets all of her daughters' boyfriends to sign a lengthy document preventing them from speaking badly about the famous reality stars.

The 62-year-old momager’s watertight contract means the Kardashian/Jenner exes rarely spill the beans on what really happened as they are forced to sign them BEFORE they even go on a date. 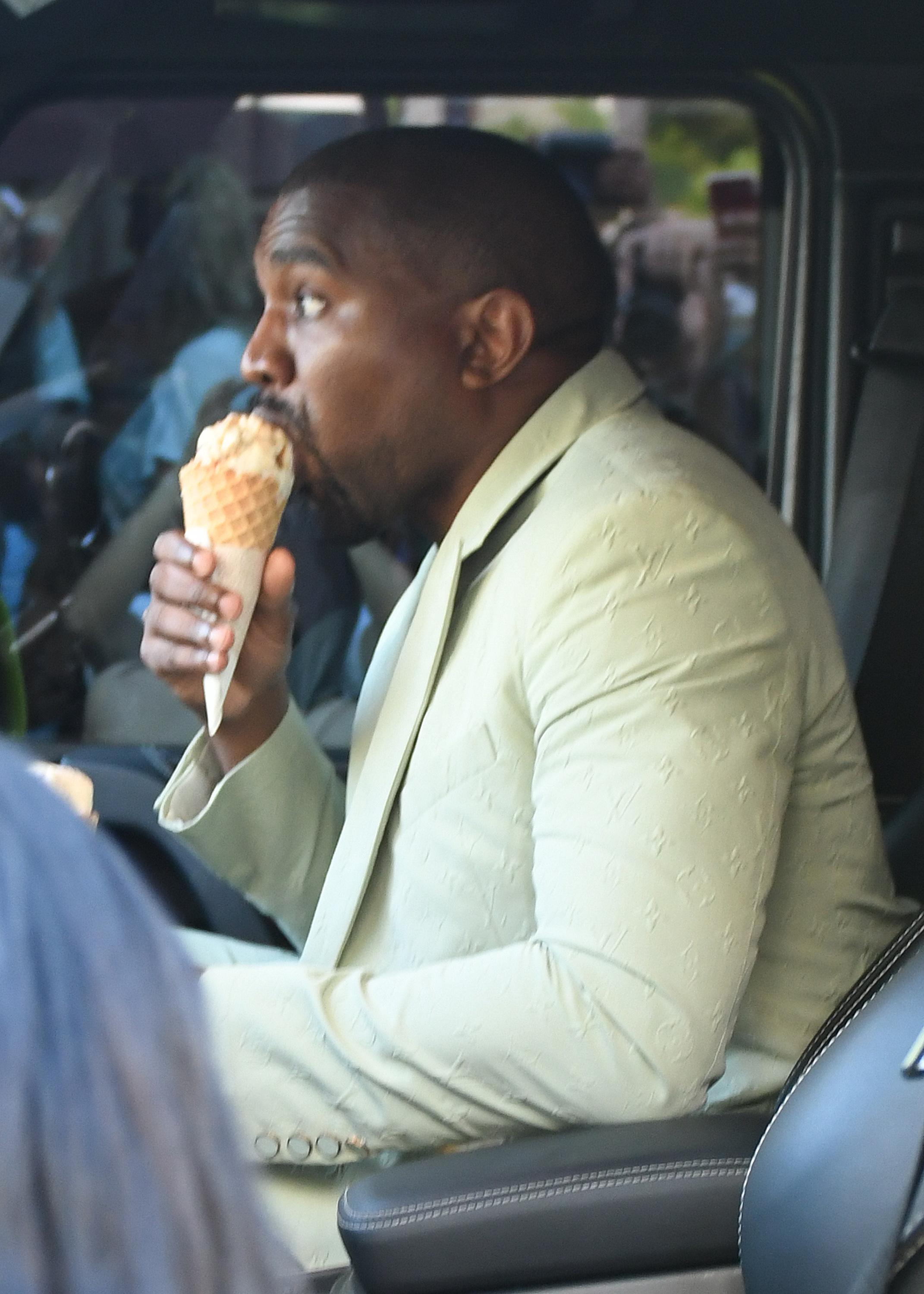 "It also ties up copyright of any pics or videos taken during the relationship.

“Basically they can’t sell stories on the relationship or speak badly about them in public.

“It’s also accompanied by a handwritten letter from Kris letting you know she will turn to the family’s team of lawyers should break the agreement.”