The megastars left Matsuhisa Restaurant in Los Angeles on a night away from the kids and Kim, 37, wore a plunging black top and a tight skirt as her rapper hubby, 41, trailed behind her. 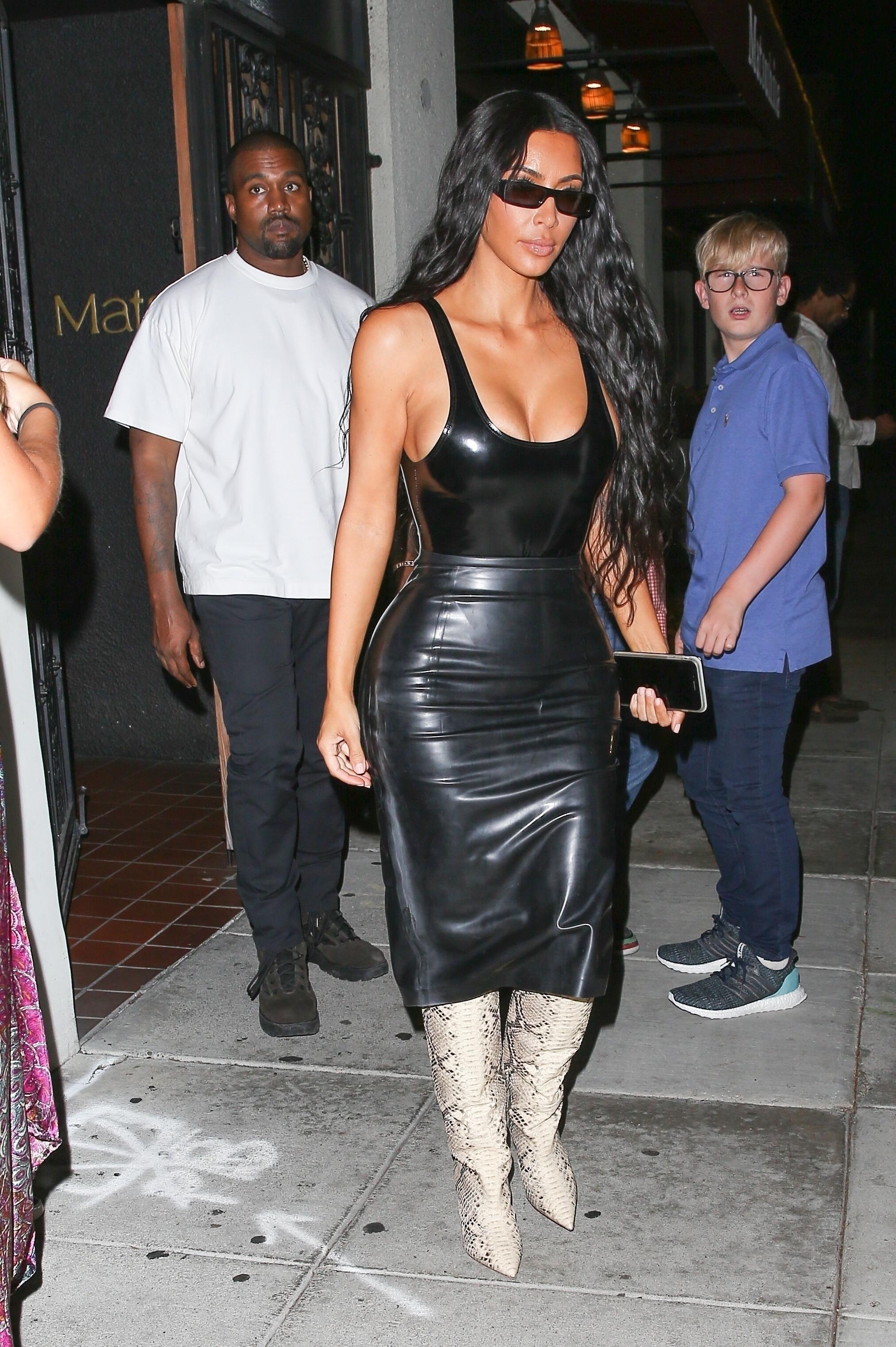 The mum-of-three looked incredible and the latex ensemble just about managed to keep her assets in place.

She teamed the rock chick look with slim black shades and a pair of snazzy snakeskin boots.

Kim certainly had the attention of those around her, as one blonde boy wearing specs gawped when she walked past.

Another kid in a pink shirt and red trainers couldn't take his eyes off the dazzling star.

Kanye raised his eyebrows in a protective stare but gave Kim her space to work her magic as the paparazzi fluttered around her. 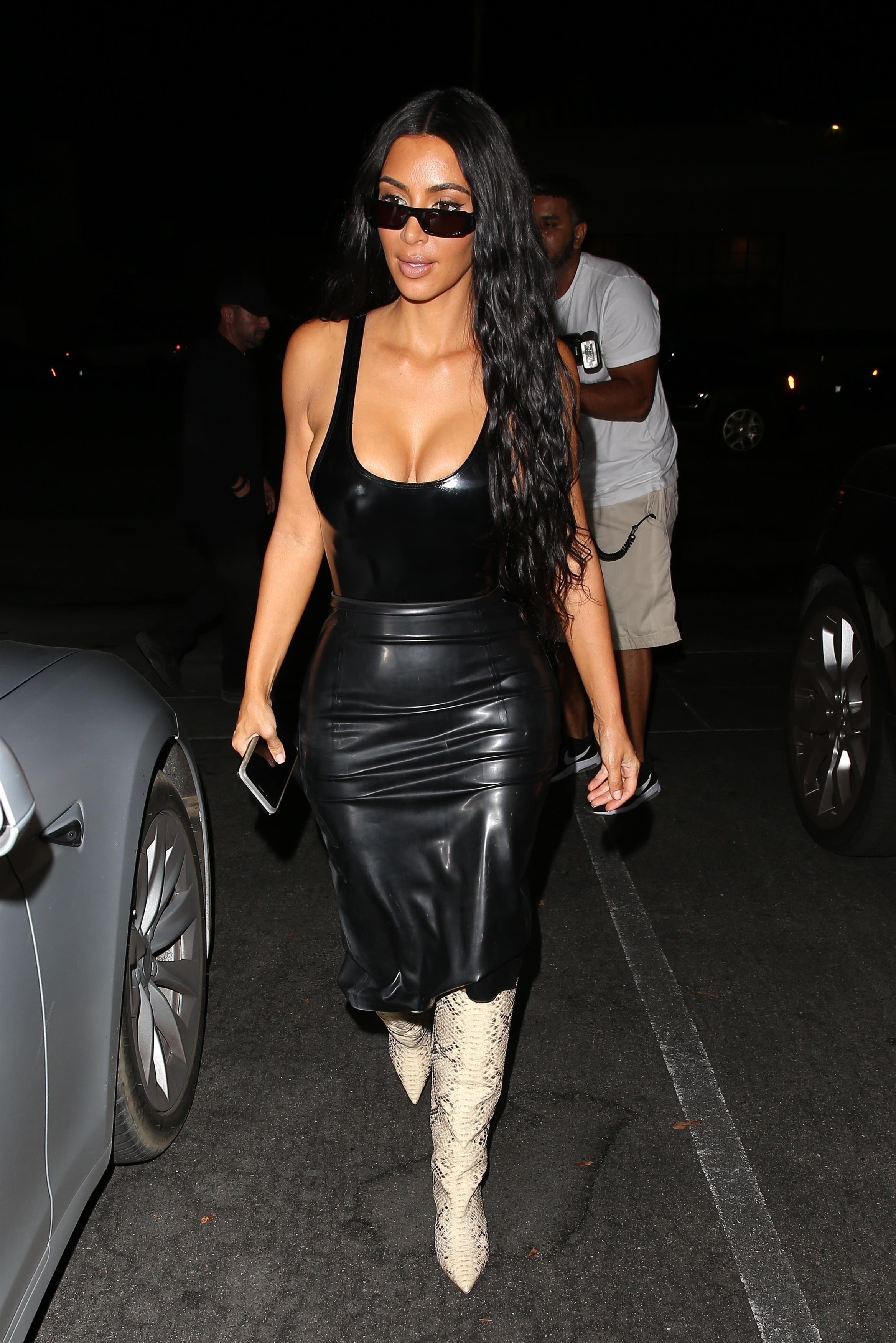 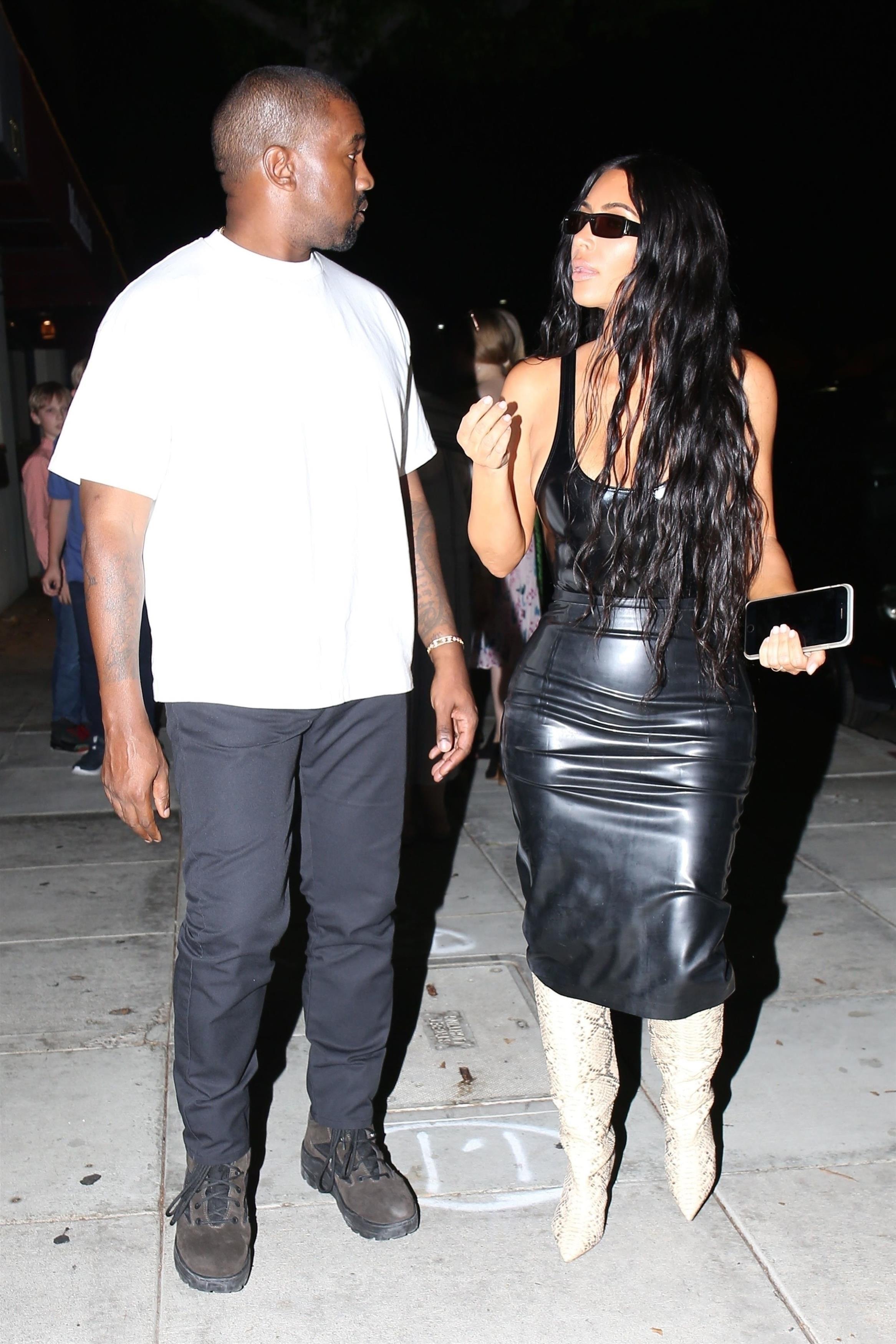 Kim wore minimal jewellery on her outing in LA, and last month, she revealed being robbed in Paris two years ago left her so terrified she has installed extreme security measures at her home to feel safe.

Kim was robbed at gunpoint while alone in a Paris apartment in October 2016 – and was so scared she thought she was going to die.

She told website Wealthsimple: " I travel with a couple of security people and my nanny.

"At home I have multiple security people. I need someone on every edge of my property. 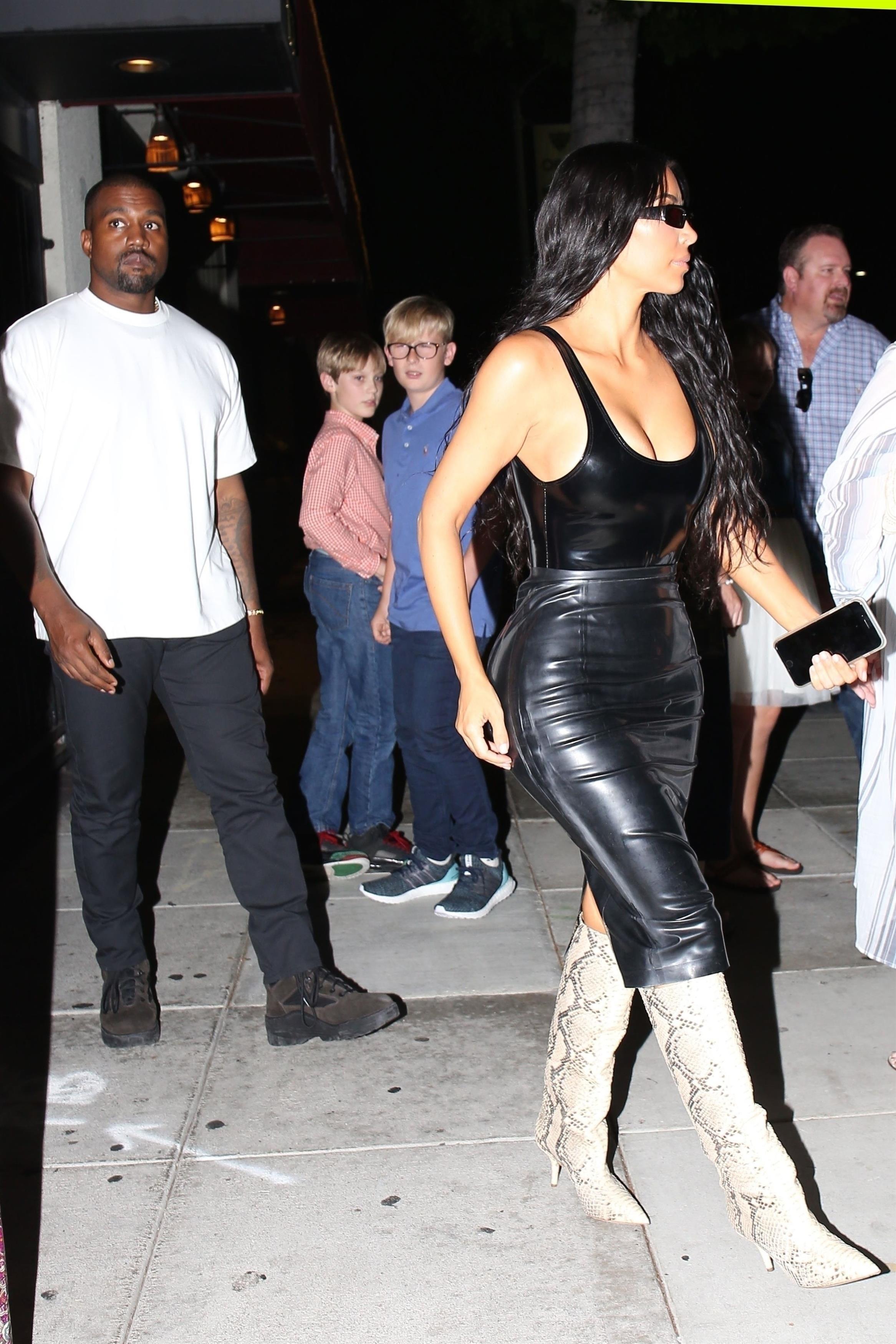 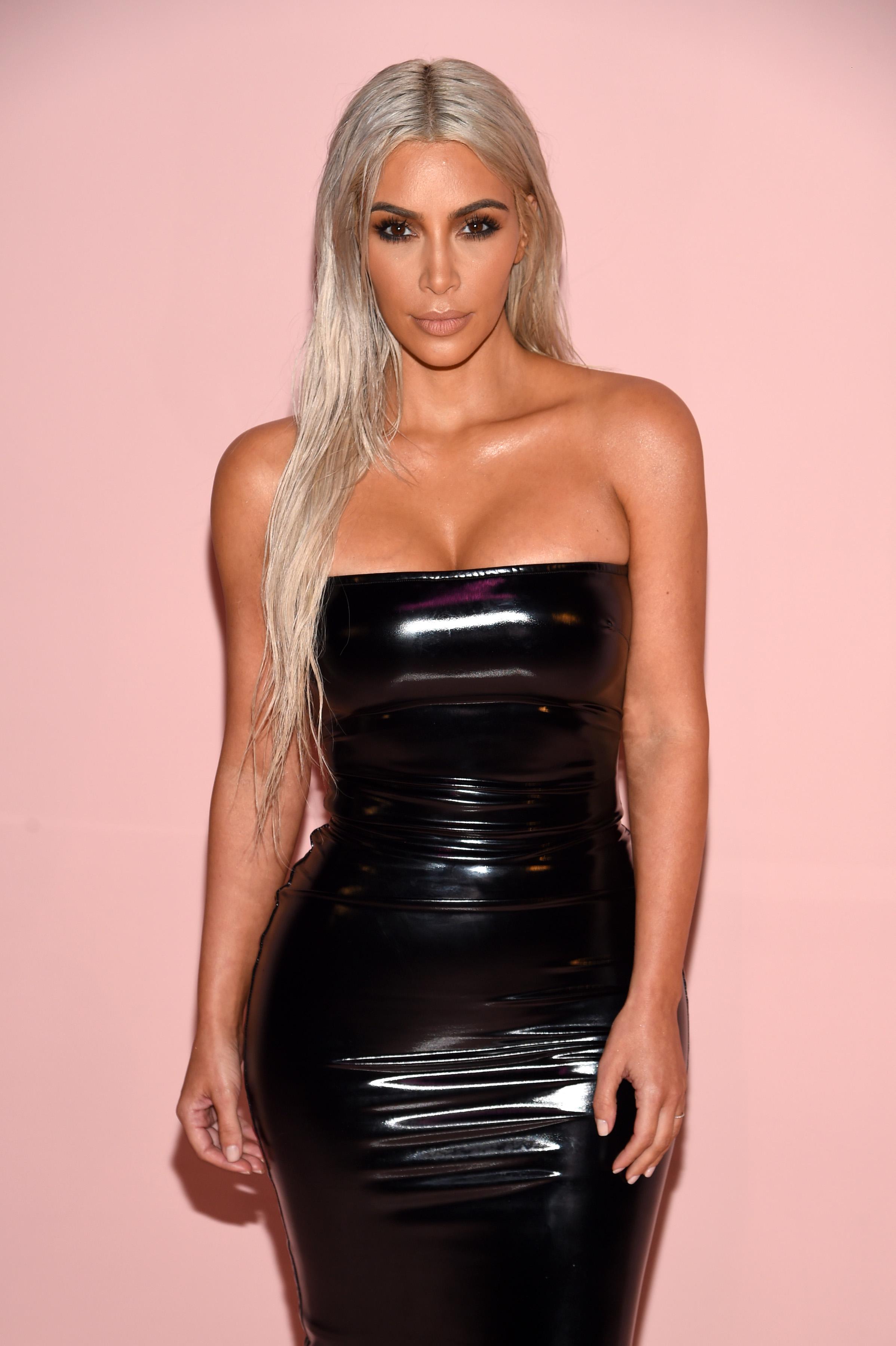 “I live in a gated community, and I have them right at my gate.

"Someone came in yesterday, a friend, and was like, 'Do you always have security standing outside your door? Because you never did before.' And I was like, 'Yeah — 24/7.'"

Kim went on: “It’s just what I have to do to make me feel safe or make me able to sleep at night. And I think that had to happen after what happened in Paris. 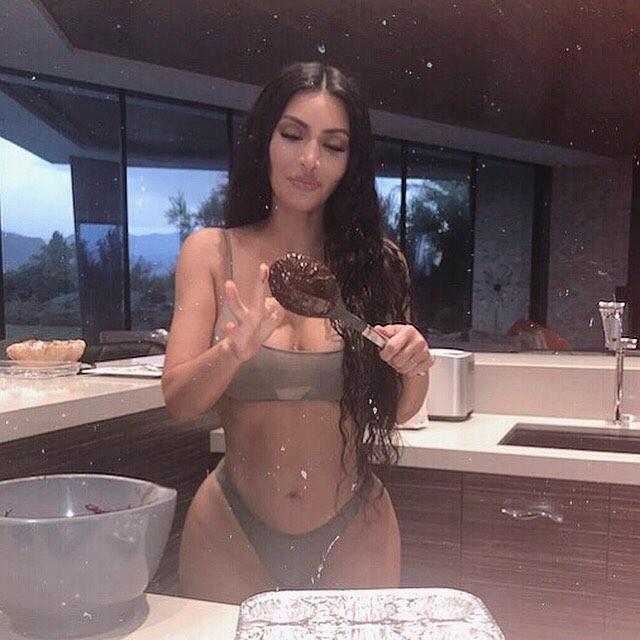 “It probably lasted about seven or eight minutes. It wasn’t that long.

“They definitely wanted to get in and out and knew what they were coming for.

"I was specifically targeted and had been followed for like two years."