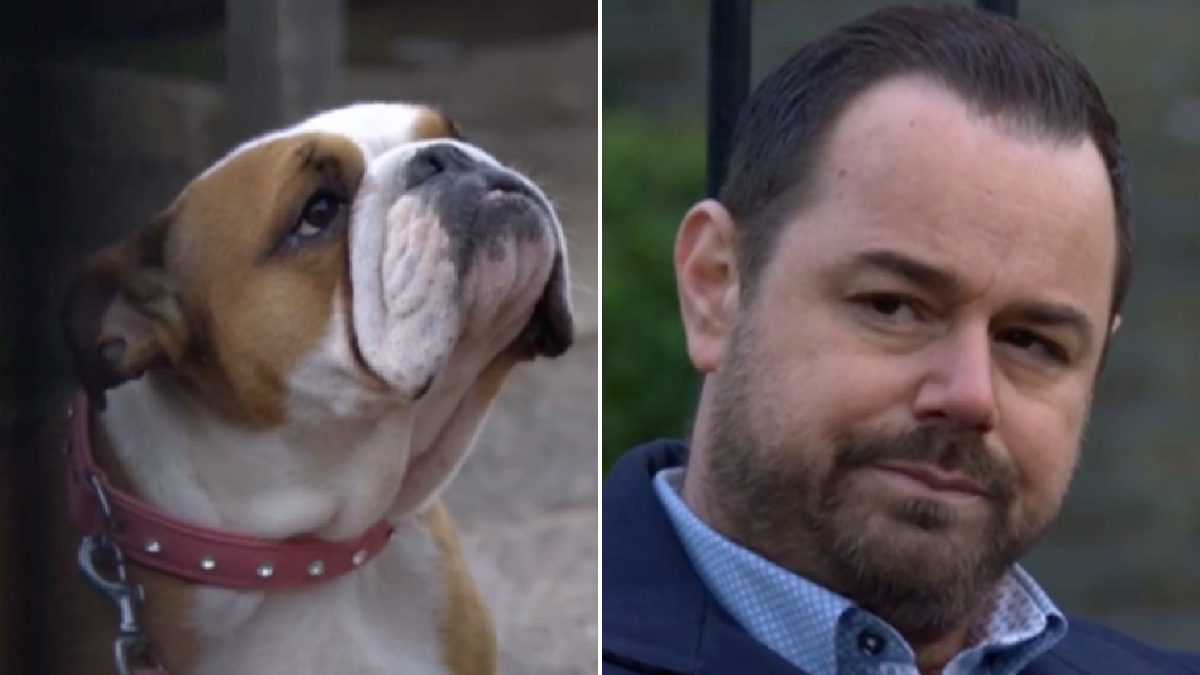 EastEnders fans can rejoice at last as the legendary Lady Di has made her triumphant return to screens.

Mick and Linda Carter’s (Danny Dyer and Kellie Bright) pet dog has been noticeably from the serial drama for quite some time.

The beloved pooch – who made her debut in 2013 alongside her owners – has featured heavily in a number of stories, particular during the Carter clan’s superb earlier years.

Di, however, hasn’t been seen in a long time, and didn’t feature at all during Mick and Linda’s seven-month relocation to 29B Albert Square – meaning that she missed out on Linda’s bizarre affair with Max Branning (Jake Wood).

Fans had been left wondering if perhaps something had happened to the beloved character during the BBC One soap’s three months off the air last year.

The much-loved dog, however, is alive and well, as tonight’s edition of the BBC One soap saw her make her triumphant return.

Nancy (Maddy Hill) was seen taking Lady Di for a walk through the beer garden – and she was even doing so the dog’s signature pink lead!

Mick listened, as Nancy told him he didn’t need to fix everything that was wrong in the world, because it’s not his job to.

The Carter patriarch is set to face abuser Katy Lewis (Simone Lahbib) in court during tomorrow’s edition of the long-running serial drama.

EastEnders continues Friday May 21 at 8:35pm on BBC One.