Home » TV & Movies » Legacies Recap: Another Shadow From the Mikaelsons' Past Resurfaces

Back in 2018, I “joked” that Elena Salvatore, M.D. should become the Vampire Diaries franchise’s next spinoff. And while I’m still waiting for The CW to give that the green light, I was more than happy watching the next best thing via Thursday’s Legacies. 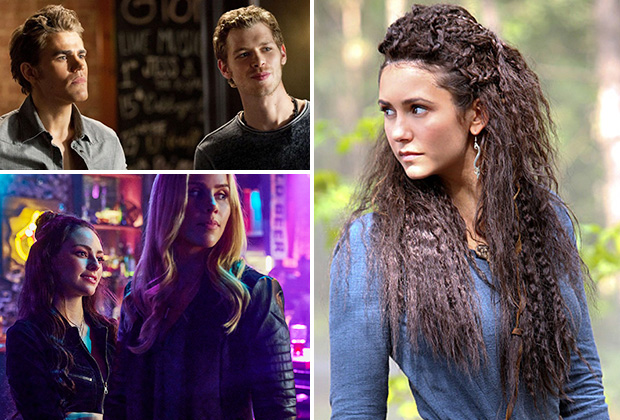 Despite this being Josie’s personal journey, however, the story playing out was clearly about Hope, the top intern at — you guessed it — Mikaelson Memorial Hospital. That is, until she suddenly collapsed during surgery, leading Dr. Ted to put a fork in Hope’s surgical career.

After convincing McLandon to give her access to some fairly confidential files, Josie was able to disprove Dr. Ted’s diagnosis of Hope’s so-called debilitating condition. (Hearing Josie refer to “Dr. Klaus” was thrilling beyond words, by the way.) This saved Hope’s career, but it sidelined Josie’s, who got canned for sticking her cute little nose where it didn’t belong.

Josie later discovered that Hope did, in fact, have a condition. And when Hope explained that she lied because of all the pressure she’s under, Josie had a potentially game-changing realization about her own future at the Salvatore School: “I have the need to live up to this school that was literally created for me, and the pressure to save the school and my friends means I will never live a life of my own.”

Here’s the thing, though: Josie has already tried distancing herself from the Salvatore School. It didn’t last. Does this mean we should be worried about Josie going away entirely? The holiday season isn’t supposed to be this stressful! 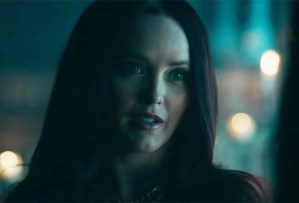 OK, now let’s talk about what we all came here to discuss: AURORA. IS. BACK. A commenter in last week’s recap theorized that Aurora was the voice on the other end of Hope’s phone calls, and while I really wanted it to be true, I never thought it actually could be. But it is, and I couldn’t be happier about that.

After killing off the witch and werewolf thirds of the Triad, Hope arrived at her final destination (so to speak) — the home of the vampire, who turned out to be none other than Rebecca Breeds’ character from The Originals. And what a self-introduction: “daughter of the Count de Martel, first vampire of Rebekah’s sire line, your father’s lover and his greatest enemy, the object of his art, his desire and his depthless scorn.” Honestly, Daenerys Targaryen could learn a thing or two from this cocoa puff.

Aurora wasted no time explaining her extremely personal vendetta against Hope, that she was furious when she found out Klaus “took the coward’s way out” for her. Compared to that, getting rolled up in an old carpet in the Mikaelson compound was water under the bridge. Unfortunately for Aurora, Hope got the upper hand before she was able to punish Klaus’ daughter with the blade carved by none other than Papa Tunde. (So much Originals mythology this week! I love it!)

Hope managed to avoid getting impaled by that particular weapon, but Aurora had another trick up her sleeve, using Hope’s lack of family history against her and tricking her into a body swap. And, honestly, what’s more Mikaelson than a body swap?

* Cleo ultimately decided it was best to destroy the tree capable of taking down Hope, and she felt even better about her decision after coming clean to Lizzie about it. Little does she know, Lizzie is already in possession of a stake — and she fully intends to use it. But while she promised Ethan that she only wants to hurt Hope, something tells me several characters will be hurting once this is all over.

* After striking out with Dana’s mom (who died of a broken heart… and lung cancer), Alaric finally earned his ride to Peace after helping Landon realize that he wants to go back and save Hope. Or something. Honestly, I’m a little fuzzy about these Peace rules, I just know that I really want to watch them steal that boat.

* Speaking of Dana’s mom, I loved Alaric’s response to her asking why he isn’t in hell. (“Well, because technically hell was a creation of a psychic named Cade and has since been destroyed.”) That was a deep-cut reference, even for a Vampire Diaries spinoff.

Ahead of next week’s midseason finale, let’s get real: How do you want this all to play out? What are you afraid of happening? And how loudly did you squeal when Aurora showed up? (Because it definitely wasn’t louder than I did.) Whatever’s on your mind, drop it in a comment below.