The star of Netflix superhero series Luke Cage has apologised after joking about Ariana Grande being groped on live television.

Mike Colter, who plays the lead role in the Marvel series, recently joked about an American pastor putting his hand on the side of Grande's breast while at Aretha Franklin's funeral.

The 25-year-old popstar looked visibly uncomfortable, with the entire incident beamed into living rooms across the United States just after she finished performing (You Make Me Feel Like) A Natural Woman.

The pastor, Charles H. Ellis III, later apologised for what he called a "friendly" embrace. He also apologised to the Hispanic community for joking about Grande's stage name and comparing it to a Taco Bell menu.

The hashtag #RespectAriana was soon trending across social media. However, Colter decided to go down a different path and make light of the uncomfortable incident.

The backlash was swift, with numerous Luke Cage fans calling on producers to sack him from the show. The actor later issued an apology and said his statement was delayed due to the fact he was "at an event all day".

"I apologise about my tweet earlier," he wrote. "In no way do I condone such behaviour. It was intended to point out the absurdity of the act itself. Complete and biting sarcasm. I realised quickly that it was not taken as such." 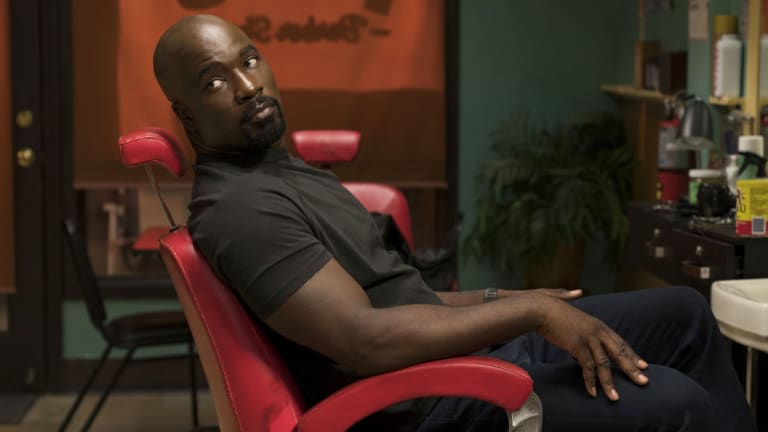 Mike Colter in a scene from Marvel’s Luke Cage. The second season premiered on June 22.

Colter later deleted his apology but he did leave up a reply to a Twitter user who said his original joke was glorifying sexual assault.

"If there's ever a moment where you feel the need to take me to task please feel free to reach out to me directly," Colter wrote. "I'm more than willing to clarify anything you deem offensive. Give me the benefit of the doubt as I would you or anyone."

But the reviewer wasn't having it.

"Time to read the room," she replied. "No one on the internet can tell if you're being sarcastic or not. Make that clear, or say nothing."