Maisie Williams may have retired her role as Arya Stark – but she’s keeping a piece of her forever.

The Game Of Thrones star requested costume designer Katy Taylor send her the signature brown jacket she wore on the series after filming wrapped.

“I can imagine it being something that I’m like, ‘Oh, I was on this show once upon a time and this was the jacket I wore,’ and my grandkids being like, ‘Please stop,'” she said on BBC Radio 1’s The Radio1 Breakfast Show. 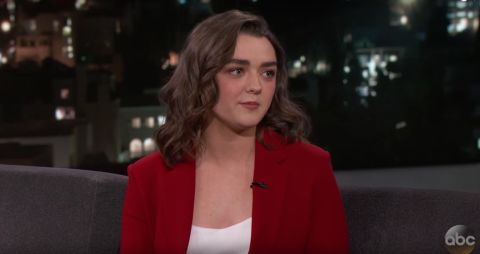 Discussing her final day filming GOT, she admitted it was an emotional experience for her.

“I cried a lot,” she said. “Get the kleenex out. I bawled and I tried to do a speech… I got back to my trailer and I was like, ‘I can’t even remember what I just said.’

“I probably just whittled on for, like, half an hour… I grew up with these people. It really is like cutting an arm off.”

Maisie recently hinted she was the “last woman standing” on the HBO show when she shared a picture from her last day of filming. 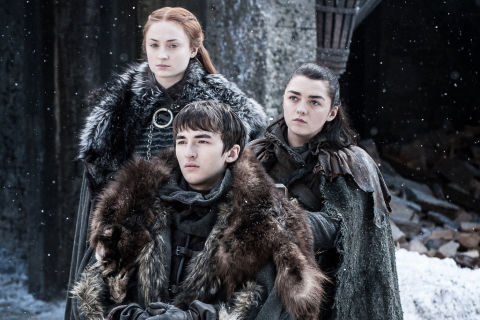 “Goodbye belfast. goodbye arya. goodbye game of thrones,” Maisie captioned a post of her very bloody shoes. “What a joy i’ve had. here’s to the adventures to come.”

And then, just to add a bit of further mystery, she accompanied the post with the captions “last woman standing” and “barely”.

Does this mean Arya survives the final season, and that Sophie Turner’s tattoo was a pretty huge spoiler after all? Or does it just mean that Maisie happened to be the last woman on set that day?