The 25-year-old reality star stunned her online fanbase when she shared photos on Instagram of herself wearing nothing but her lingerie. 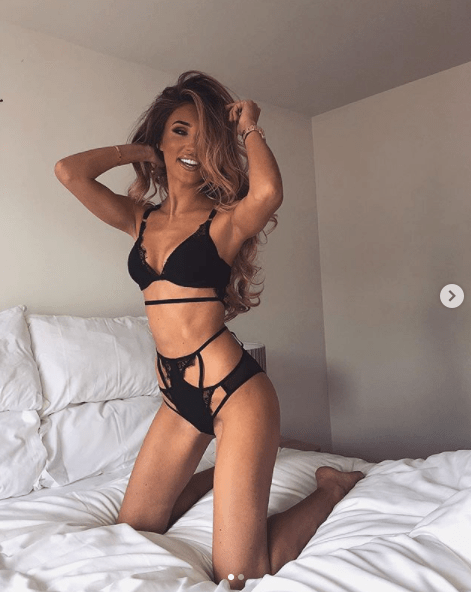 Taking to the photo sharing app, Meghan uploaded two snaps of herself cavorting alone on a bed while wearing an elaborate black bra and knickers.

With her hair flowing around her shoulders, the reality star looked like she was having the time of her life.

And indeed her caption suggested she was on cloud nine as she wrote: “La bella vita” – which is Italian for: “The good life”.

Fans were left gobsmacked and in awe of the images – and flooded Megan’s comment’s box with positive feedback. 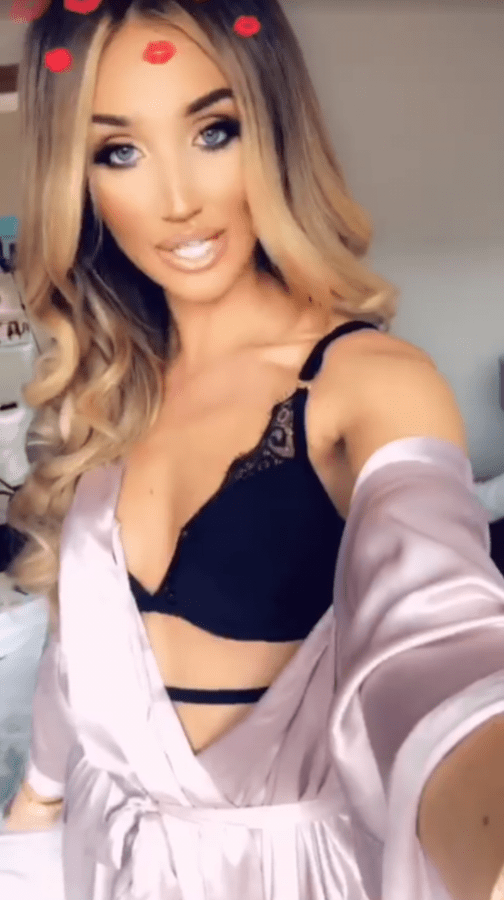 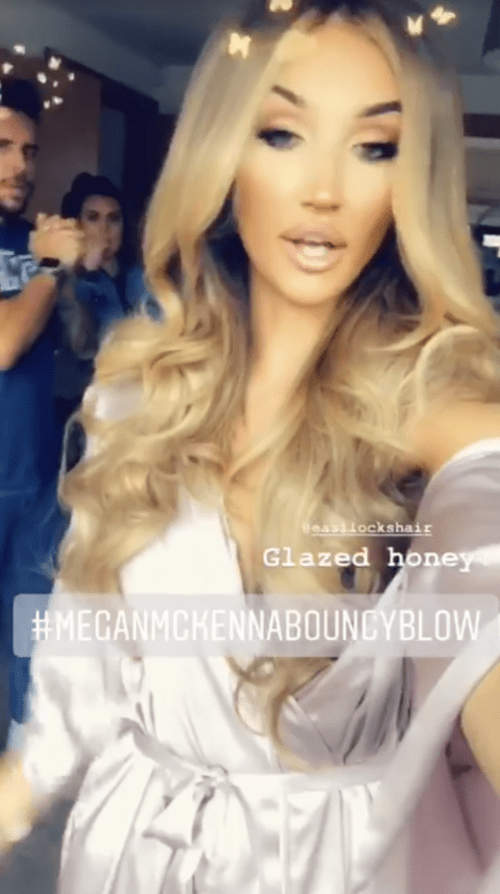 “Girl u look bomb! And ur hair wowww,” gushed another.

In Instagram stories, Megs had more treats for her fans as she shared a string of videos showing her in various states of undress.

“So girls, I am wearing the long piece – this is called glazed honey,” she said as she showed off some hair extensions.

“Obsessed with this colour!” she said as she videoed herself wearing a light dressing gown. 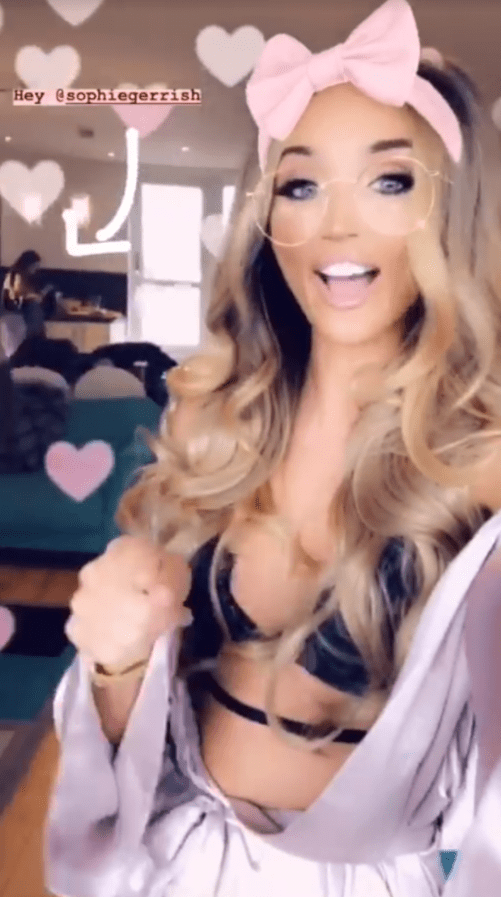 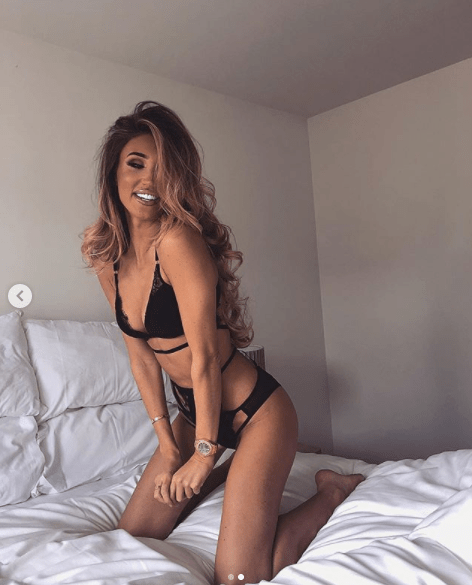 Sharing further video exposing her lingerie, she said: “We are definitely sexing it up today,” along with a beaming smile.

Using a filter, she gave herself comedy glasses and gasped: “I actually look like a living doll,” as she uploaded the video.

Megan’s underwear was by Blue Bella – a boutique lingerie supplier from London.

The brand describes itself: “Bluebella is a lingerie brand with strength and modernity at its heart; designed to redefine sensuality.”