Six months before Mindhunter season one even dropped, Netflix reportedly commissioned a follow-up. That’s hardly anything new – the streaming giant used to recommission literally everything they made, but that’s not the case any more. It’s a mark of confidence, and one that was well placed.

We loved the first season – you can see our review of episodes 1 and 2 here – and the real-life source material allows for considerable expansion. FBI analyst John Douglas had a long and illustrious career, after all, one that involved meeting and occasionally incarcerating some of the world’s most famous psychopaths.

So what can we expect from season two?

Mindhunter season 2 release date: When can I see it?

Netflix officially confirmed a second season on November 30, but without any confirmation of a release date.

Back then, director and exec producer David Fincher talked about the show in terms of “next year”, implying he’d be filming in 2018, which would further imply that the second season would drop towards the end of the year, much like season one.

But now, it doesn’t seem like it will arrive in 2018. “I don’t think that season two will be on until sometime in 2019. We’re actually in the process of shooting it right now, but we’re still in episode one,” explained star Holt McAllany in August.

Mindhunters season 2 cast: who’s in it?

Short of a radical recasting, Groff is a shoo-in as Holden Ford. (Named after two brands of car, incidentally. Australian-born showrunner Joe Penhall told News.com.au: “I started with [the name] Holden after Holden Caulfield in Catcher In The Rye, the ultimate young green antihero of American literature. But I was driving a Holden when I came up with the idea, a rental, and it got me thinking … and Ford seemed the obvious second name.”)

We’d also expect to see Holt McAllany back as Bill Tench (Robert Ressler in real life) along with Anna Torv as the pair’s academic associate and mentor Dr Wendy Carr (loosely based on Ann Wolbert Burgess).

Of the killers, given that Dennis Rader wasn’t caught until the ’00s, actor Sonny Valicenti would seem to be a likely candidate for return, and – speaking for ourselves – we’d welcome more time in the company of the truly awful yet somehow compelling Ed Kemper, if only because relative newcomer Cameron Britton was so magnetic in the role.

Cotter Smith, as FBI unit chief Shepard, is a likely sign-up too. 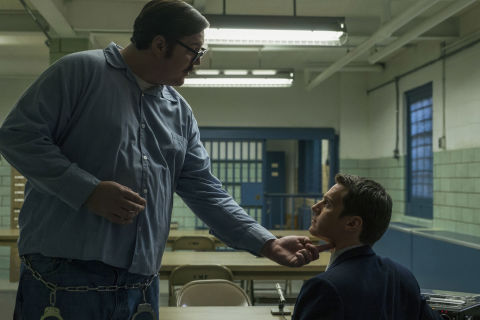 Behind the camera and Fincher is back in the director’s chair for the premiere and finale, with Killing Me Softly‘s Andrew Dominik directing two episodes and House of Cards‘ Carl Franklin taking charge of the rest.

Mindhunter season 2 plot: What’s it about?

In an interview with Billboard about the show’s music, Fincher revealed that the second season (expected to run to eight episodes) will address the real-life events of 79-81, two years after season one:

“Next year we’re looking at the Atlanta child murders, so we’ll have a lot more African-American music which will be nice. The music will evolve. It’s intended to support what’s happening with the show and for the show to evolve radically between seasons.”

The Atlanta child murders, despite the name, were a series of 28 killings of African-American chidlren, teenagers and adults. John Douglas was closely involved in profiling the killer and was officially reprimanded over his conduct during the case.

As mentioned above, the “BTK” killer Dennis Rader would seem to be a likely returning figure, as he wasn’t arrested until comparatively late in life, though he was apparently not “active” – in the criminal sense – between ’77 and ’85.

That said, actor Sonny Valicenti won’t confirm his involvement in season 2 – or even that he definitely is playing BTK. (He totally is, though.)

Anna Torv has also hinted that, of all things, the unresolved fate of the cat dwelling in the basement of Wendy’s apartment building could lead to a major development in season 3. 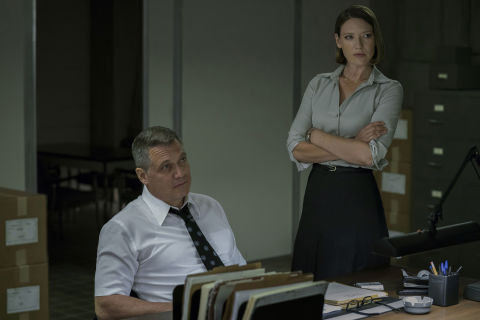 “Is there a serial killer in Wendy’s building who’s slowly starting out, and testing his bloodlust on feral kittens?” she said. “I think there are a lot of ways it could go.”

Lead writer Joe Penhall left the show during the first season, and it seems that Fincher took over as showrunner. In an interview with EW, Holt McCallany said:

“I think once David took control over the arc of the story, everything has changed considerably from the original scripts … from the point of Joe’s departure David sort of really began to rework the scripts and the bible and everything changed a lot.”

Whether that means a new showrunner will be appointed, or whether Fincher will oversee a stable of writers and directors himself remains to be seen.

Plans are afoot, though, for Mindhunter to run and run. “Hopefully we’ll have five seasons,” McAllany told Esquire. “The five-season bible I read was approximately a 60 to 70 page document that just laid out the broad strokes: a much more detailed rundown of season one, and then an overview of what potential subsequent seasons would look like.”

Don’t expect the fan theory about Holden Ford becoming a serial killer to come true though, however long the show runs. 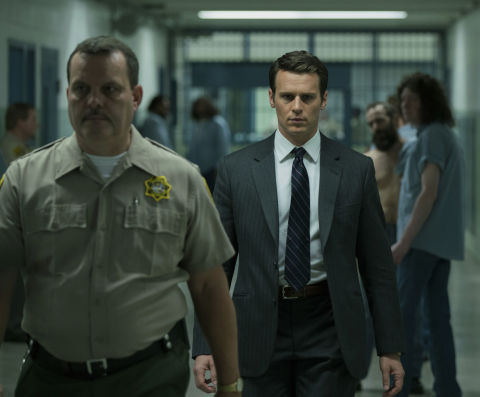 “Everyone has said to me after they watch the show that they thought the character was a sociopath. And I had no idea! No idea… So many of my friends texted me, saying, ‘OK, so when are you gonna start killing people?’,” he recalled.

“I think the thing that they are aligning with… that I think is very similar, that we start to see more and more in our characters is this characteristic of narcissism and becoming self-obsessed.”