The person sitting opposite us in London’s Claridge’s Hotel looks an awful lot like Hayley Atwell wearing an amazing Alice + Olivia skirt. But when she tells us what she had to go through to land her role in Disney’s Christopher Robin, she sounds more like Jane Bond.

“I was on holiday and there was intermittent reception from where I was in the Greek islands, as we were doing a little tour on a boat. Then I got a call saying would I speak to Marc Forster and I had to go put on a lifejacket, get on a jet ski and head for a spot in the Aegean Ocean to try to find reception,” she tells Digital Spy.

“I think that broke the ice very quickly as I said, ‘This is my office!'” 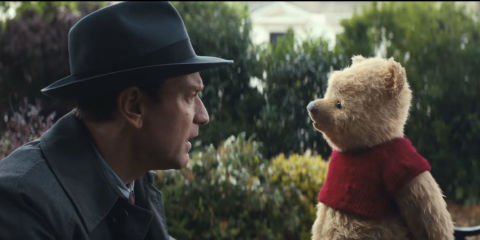 It sounds like something Ethan Hunt would casually do in Mission: Impossible in order to make that world-saving call.

Atwell’s character isn’t in the original books, as the film follows an older version of Christopher Robin (Ewan McGregor), his wife Evelyn (Atwell) and their daughter Madeline (Bronte Carmichael). Atwell and director Marc Forster discussed Evelyn at length before the Agent Carter star brought her to life. 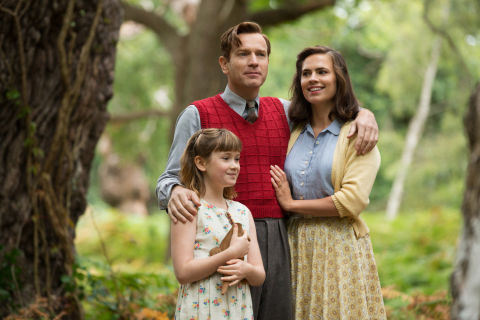 “Marc talked a lot about wanting the film to have a sombre and understated tone. And we talked about Evelyn, and that the obvious way to play her would be the downtrodden, whinging, angry wife who is always complaining that he’s never home in time for dinner,” Atwell says.

“Then we thought if we show that the beginning of their relationship was one rooted in love and joy then it meant the stakes were higher because there was something else for him to lose. We wanted the feeling that the family side of the story was rooted in realism because that made it more affecting if he didn’t make his way back to them.” 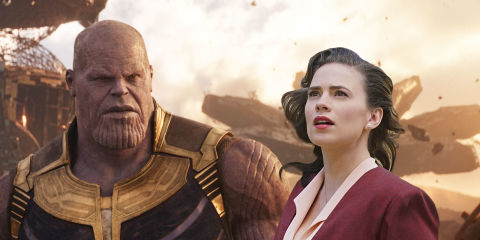 In the film, we briefly see Evelyn working as an architect and Atwell says that, originally, that played more of a part in the story.

“Evelyn herself is a career woman. There is a little scene that is cut from the original film where she talks about being commissioned to help rebuild London after the war.

“There’s this sense that she has this other life and that as well as being fiercely protective of her daughter and her daughter’s fears of abandonment and protection by the dad, she’s also sympathetic to what he may have experienced coming back from the war and becoming a changed man.”

Having seen similarly beloved bear Paddington go supersonic, with two amazing outings so far, would she be up for more adventures in the Hundred Acre Wood?

“Sure if there was more for Evelyn to do. I really loved working with Marc Forster and particularly [producer] Brigham Taylor at Disney. And the script I thought was very charming. In that the pass of it I read initially there were lines from it that felt almost like they were taken directly from the book,” she says.

“That was in keeping with the spirit of how AA Milne created these characters. So there’s an endearing charm and a sweetness about the film but the stars are very much the animals. So I’d feel like I’d want more to do as Evelyn.”

Christopher Robin is out now in the US and opens in cinemas in the UK on August 17, 2018. Book tickets here.