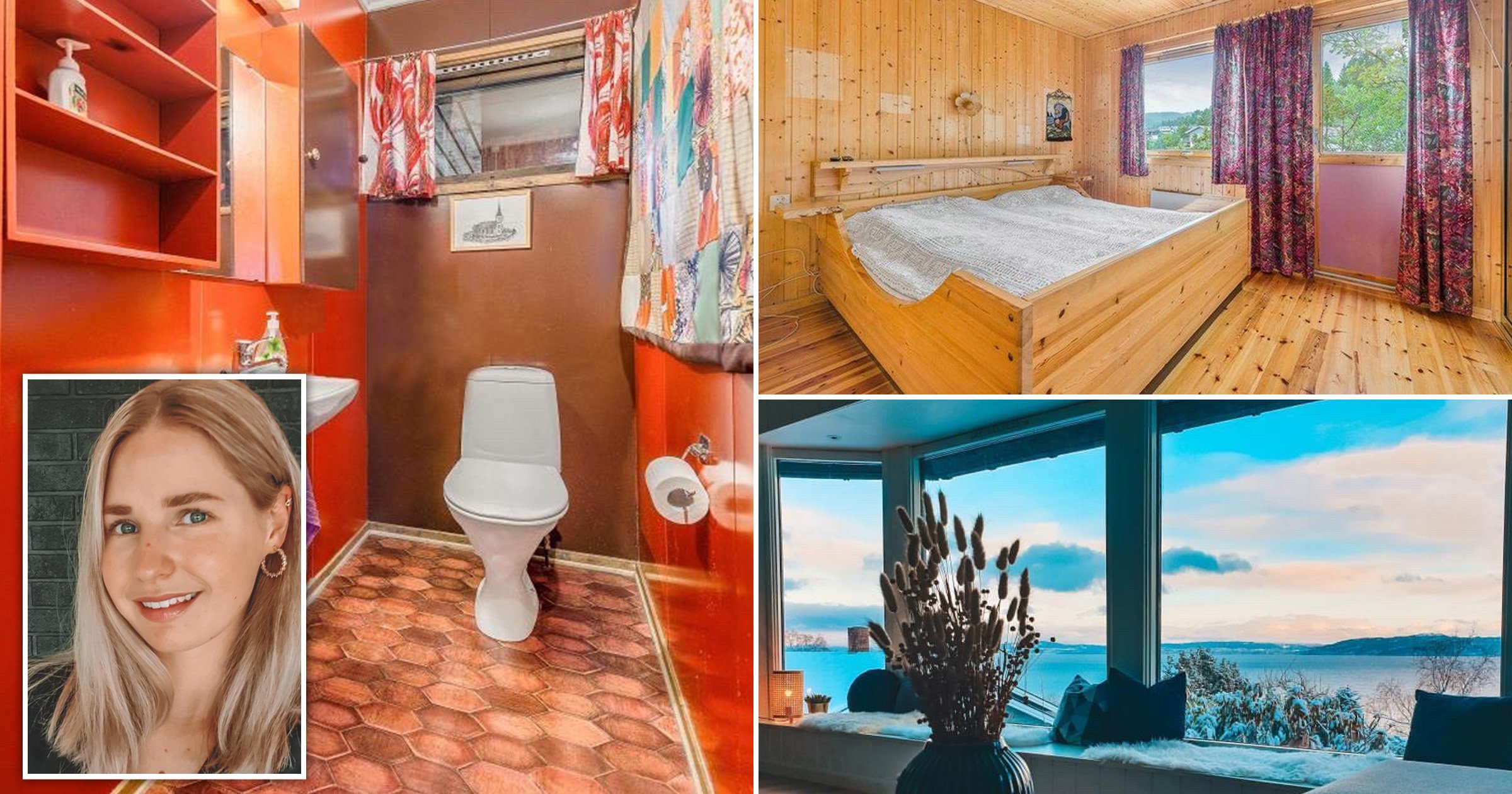 A savvy mum has renovated her house to create a one-bedroom flat within it – which she can rent out.

Ane, from Norway, first bought her three-bedroom home in September 2020 for £139,000 – but intentionally bought a fixer-upper, so she could completely transform the property.

The mum-of-one also wanted to create a brand new flat within her home – so she could rent it out and make some extra money.

To do this, Ane moved the entrance of her house to a smaller room – so the old entrance could be used as a guest bedroom.

She also made another bedroom out of her kitchen and moved her appliances out into the living area, in an open-plan design.

As well as this, Ane created a new bathroom and added a soundproof door to finish off the flat.

She then gave all the existing rooms a complete modern makeover.

Now, the main house is made up of three smaller bedrooms, a kitchen and living area, one bathroom and one toilet. While the rental flat contains a bathroom, kitchen, living room and bedroom.

Most of the work was done by Ane and her dad – apart from the plumbing and electricity, which the pair sought professional help for.

Ane’s mother also stepped in to look after Noah while her daughter was busy with the renovations.

Ane, who works with refugees arriving in the country, told Jam Press: ‘I have done a lot myself, which has been difficult managing at times with being a single mum and also a full-time job.

‘There have been many long nights.

‘But I could not have done it without my mum and dad – my mum being the best babysitter and my dad who is a building entrepreneur.’

So far, the mum has spent £56,000 on the project – but still has plans to refurbish the other bedrooms, as well as her hallway.

She adds: ‘The most enjoyable part for me is when I just was finished with all the ground work and finally got to painting.

‘Then the changes were just immediate. Now it is just great to have this home for us, enjoy it and see how well it works for us.

‘The most challenging part was feeling guilty for not spending all weekends with my boy, although I know it is just good for him to be with his grandparents.

‘I am very pleased with the outcome. I think it helped a lot having done renovation projects before, as I knew more what I like and how I wanted everything to look like.

‘But I am a person who always think of new ideas, so I already have some extra things I want to do in some rooms.’

Ane advises anyone thinking of doing a similar DIY project to give themselves more time than they think it will take.

She says: ‘Good planning is also essential and you can save a lot of money by checking prices and shopping during sales.

‘Also, the total costs will probably be higher than you expect. Take time to look at the house layout.

‘Think through the rooms and solutions so that it will work for you and your needs.’