Charlie Stayt and Naga Munchetty were on hand to front Friday’s episode of BBC Breakfast – and the pair had plenty of headlines to get through. However, none garnered more attention than the new reports that a leaked document from the Government detailed plans for people who received a positive COVID test were to be entitled to £500 compensation to self-isolate. However, when Environment Secretary George Eustice joined Munchetty to discuss the reports and the UK’s latest plan to combat the spread of the virus, Munchetty found herself continually interrupting the MP.

Tensions arose from the off after Munchetty put the reports to Mr Eustice, asking what the Government is doing about them.

Mr Eustice promptly tried to shut down the line of questioning as he replied: “Well, look, this is a leaked document so I’m not going to get drawn on that.”

However, the Conservative Party member emphasised how important it is for people to self-isolate if they have had a positive and that care packages have been in place throughout.

But Munchetty wasn’t going to let the reports go unanswered as she continued to probe: “There are people too scared to get the test because they’re worried about the result – they can’t afford to get the test and then not work.” 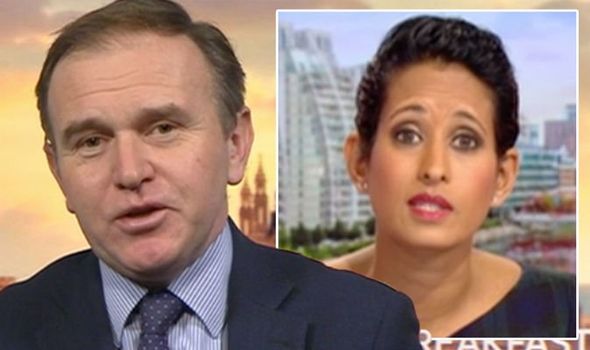 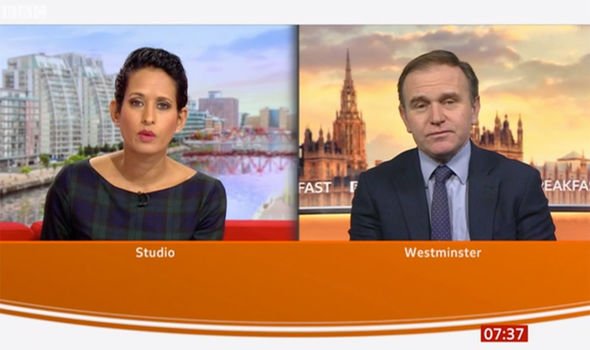 “There’s a sub-committee of the cabinet who meet daily on these things,” Mr Eustice answered. “They would weigh up the arguments for and against this -“

Munchetty interrupted the MP to ask: “How long would that take?”

Mr Eustice explained: “These things don’t take long, they meet every day and when they make a decision, it’s acted very, very swiftly -“ 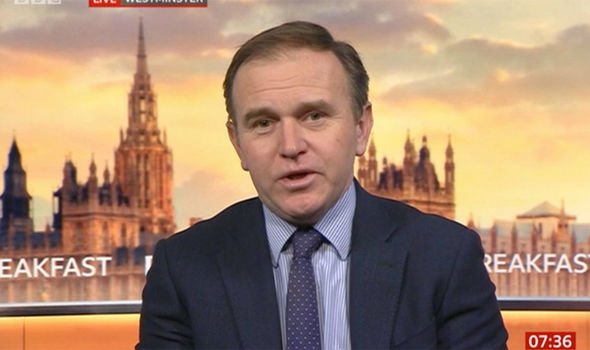 Mr Eustice insisted it would be “very quickly” but refused to be drawn in on “individual policy”.

But this didn’t sit well with Munchetty who continued to interject: “I’m sorry to interrupt again and I know you don’t want to comment on individual policy today,

“But what has happened over the past few months is people see these reports and the Government says this is a leak and we’re not going to comment on it, and then all of a sudden these things happen.”

Munchetty then pushed Mr Eustice for answers on the report once more, resulting in the MP in insisting he’s not part of the sub-committee who’d have the answers Munchetty was after.

While Mr Eustice’s refusal to be drawn on the reports irked Munchetty and some BBC viewers, others were more concerned with her interview style this morning.

Taking to Twitter, one blasted: “@TVNaga01 you’re as bad as Charlie, give you guest time to answer and don’t interrupt. @BBCBreakfast.”

“@BBCBreakfast @Ofcom here we go another bullying interview of ministers ridiculous just interrupted all the way throughout as a viewer all I got out of this was shouting #Aggression,” said a second.

A third weighed in: “@BBCBreakfast too much confrontation/talking over interviewees over the past two mornings. It’s like watching @itvBreaDaybreak #BBCBreakfast.”

And a fourth concurred: “What is it with @BBCBreakfast and @BBCTheOneShow and continually talking over someone/cutting in when they’re answering when interviewing them ??? Why get someone on to interview them of you’re not going to let them finish?”

“#BBCBreakfast Naga, ‘I apologise for talking over you’, ‘I’m sorry for interrupting you’ We were trying to listen to the answers Naga!! I give up. @TVNaga01,” added a fifth.

While a sixth echoed: “@BBCBreakfast ‘sorry for talking over you AGAIN’ no your not Naga… you are just trying to compete with the other crass self indulgent pillock Morgan on ITV #embarrassing.”

BBC Breakfast continues daily on BBC One at 6am.