The 12th season of NCIS: Los Angeles may have been off the air for a number of weeks ahead of episode 15, but it hasn’t dampened excitement levels among the fandom for the drama to return to CBS. And to tease what’s to come in Imposter Syndrome, the US network has dropped a short action-packed promo featuring the likes of Callen (played by Chris O’Donnell) and Kensi Blye (Daniela Ruah). However, fans of Marty Deeks (Eric Christian Olsen) may want to look away.

NCIS: LA’s return to CBS promises to be one of the most explosive episodes so far in season 12.

The official synopsis for the episode reads: “NCIS obtains a hard drive containing a realistic deep fake video of a deceased terrorist and must retrieve the dangerous technology behind it.

“However, when the team’s comms are highjacked during their mission, they find that one of their own has been a victim of its potential.”

And while the plot alone is enough to confirm the agents will face a new deadly challenge, a promo that opens with Deeks being shot only adds to the anticipation. 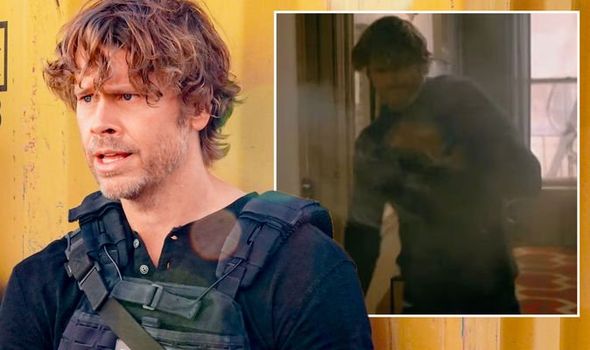 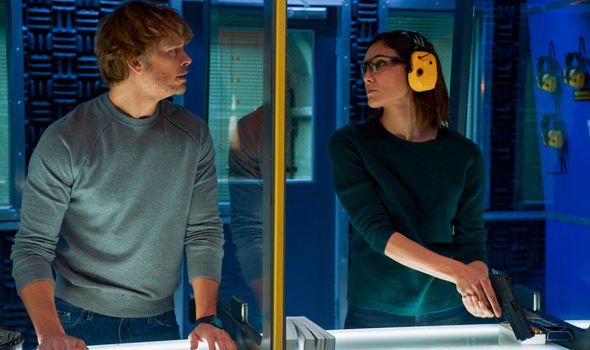 As the Imposter Syndrome trailer opens, an anxious Nell (Renee Felice Smith) is shown at the team’s base on the phone to a mystery caller.

“Your agents are in danger,” the distorted voice says before the action cuts to Deeks in a shoot-out with a suspect.

And while fans are used to seeing Deeks come out on top in these sort of scenarios, things go very differently as he patrols the corridors of an apartment block.

A mystery gunman unloads his magazine towards the agent and after hitting the wall, eventually catches Deeks in the chest. 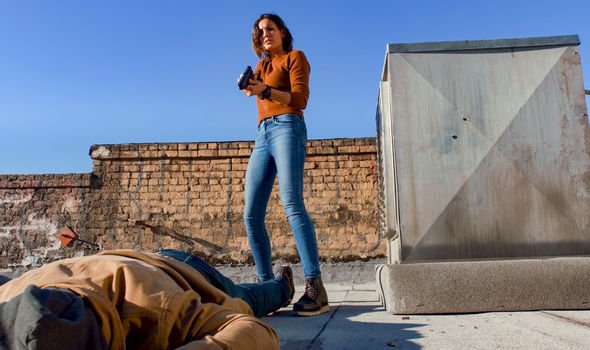 Deeks goes down after the gunshot and fails to reappear later in the trailer – leaving his fate well and truly up in the air.

Could he be wearing a bulletproof vest in order to save his life? Or will this be the last fans see of Deeks if he succumbs to the gunshot?

It looks increasingly likely he will survive the altercation, however, as there is no news of Olsen stepping down from the role ahead of the newly-renewed season 13.

But the action doesn’t stop there in the promo as his wife Kensi also gets her hands dirty fighting off a suspect.

However, unlike her other half, Kensi manages to beat off the attacker and in first-look images, appears to have shot him.

But who are these mystery attackers and what do they want with the team?

Well, as the synopsis explains and promo reveals as it continues, the team’s own identity are being used as weapons against themselves thanks to the technology of deep fakes.

And realising the immediate impact and threat this kind of technological warfare poses, Nell jumps into action, telling everyone: “Cease all communications.”

She adds: “We can’t trust anyone we cannot see – not even each other.”

At the same time as she’s saying this, a computer screen pops up to show how Callen and Fatima’s (Medalion Rahimi) likenesses can be manipulated.

But before the promo ends, Sam Hanna (LL Cool J) and Fatima are shown trying to dispose of a bomb – presumably left by the attackers.

Luckily, it looks like the two escape from the subsequent explosion – but will the team be able to get to the bottom of the case?

NCIS: LA season 12 returns to CBS in the USA on Sunday.