The Aussie soap is about to introduce Magda Szubanski in the role of Jemima Davies-Smythe, the eccentric celebrant who marries David Tanaka and Aaron Brennan this week.

Jemima is also the half-sibling of Karl and starts getting to know him over the next few days, despite previously rejecting him when he tried to make contact.

When Jemima starts acting in a highly suspicious manner – including constantly freeloading from Karl – Susan fears the worst and is determined to find out what she’s really up to. 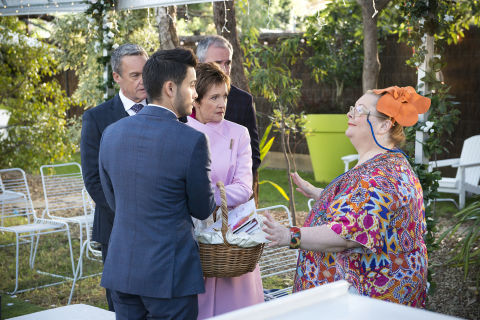 Sadly for Susan, she gets nowhere with her detective work and it’s Paul Robinson (Stefan Dennis) who gets in there first by discovering Jemima’s mysterious secret.

The following day, Susan is stunned to hear that Jemima has arranged a lunch date with Paul and worries that she’s now planning to milk him for his money too.

Jemima is outraged to hear Susan badmouthing her to Paul and reports straight back to Karl, who warns his wife to back off and give his sister a chance. 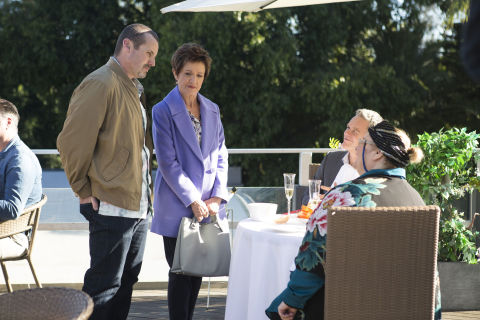 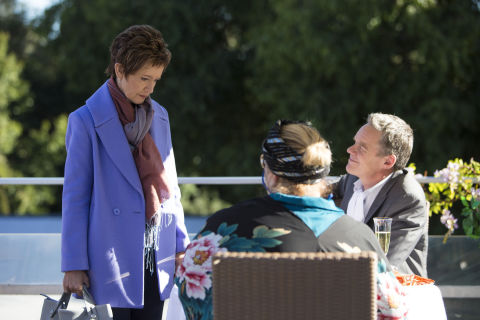 Meanwhile, Paul’s son Leo Tanaka is delighted when he hears that Paul’s lunch with Jemima is a proper date.

Leo approaches Terese Willis and points out that the main obstacle standing in the way of their relationship might no longer be an issue, if Paul is moving on.

Leo reckons there’s nothing stopping them from being together, but how will Terese respond? 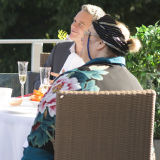