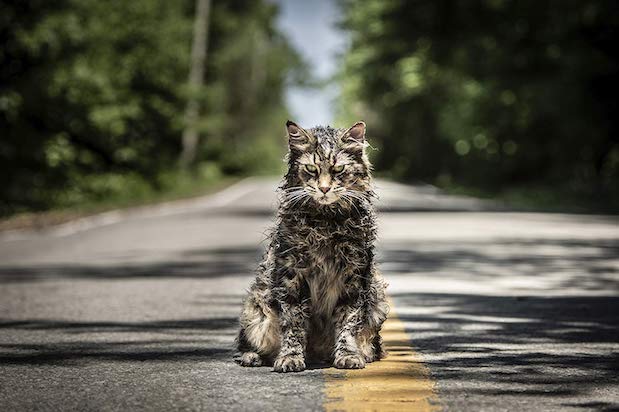 A new “Paranormal Activity” movie and a follow-up to the adaptation of the Stephen King story “Pet Sematary” will go directly to Paramount+ as part of the studio’s new push to move original content to the re-launched streamer, it was announced Wednesday on the ViacomCBS investor presentation.

There’s also an original horror film coming to the service, “The In Between,” which will star “The Kissing Booth” and “The Act” star Joey King.

The original films are part of Paramount’s plan to flesh out the movie side of Paramount+, which will boast 2500 movies at launch. Upcoming films on the studio’s theatrical slate will also stream exclusively on Paramount+ 45 days after their theatrical run, including most notably “Mission: Impossible 7” and “A Quiet Place Part 2.”

The new “Paranormal Activity” film based on the found footage horror franchise is being directed by Will Eubank, and Jason Blum of Blumhouse and Oren Peli are returning to produce the new film.

The new “Pet Sematary” follows up the 2019 film based on King’s story that grossed $113.1 million worldwide. Jeff Buhler is writing the new film, and Lorenzo di Bonaventura is producing.

“The In Between” stars King alongside Kyle Allen, and the film is a supernatural thriller about a teenage girl who survives a car accident that killed her boyfriend, only to believe that he’s now trying to communicate with her from beyond the grave. Kyle Allen and Marc Klein wrote the film, and Allen will also direct. Robbie Brenner and Andrew Deane are producing. Jamie King and Klein are executive producing.

All three movies going directly to streaming come from the Paramount Players division of the studio, which is focused on genre films from new emerging voices in film.