The model, 23, stunned in a strapless golden gown at the premiere of The Sisters Brothers, held at the famous Sala Grande. 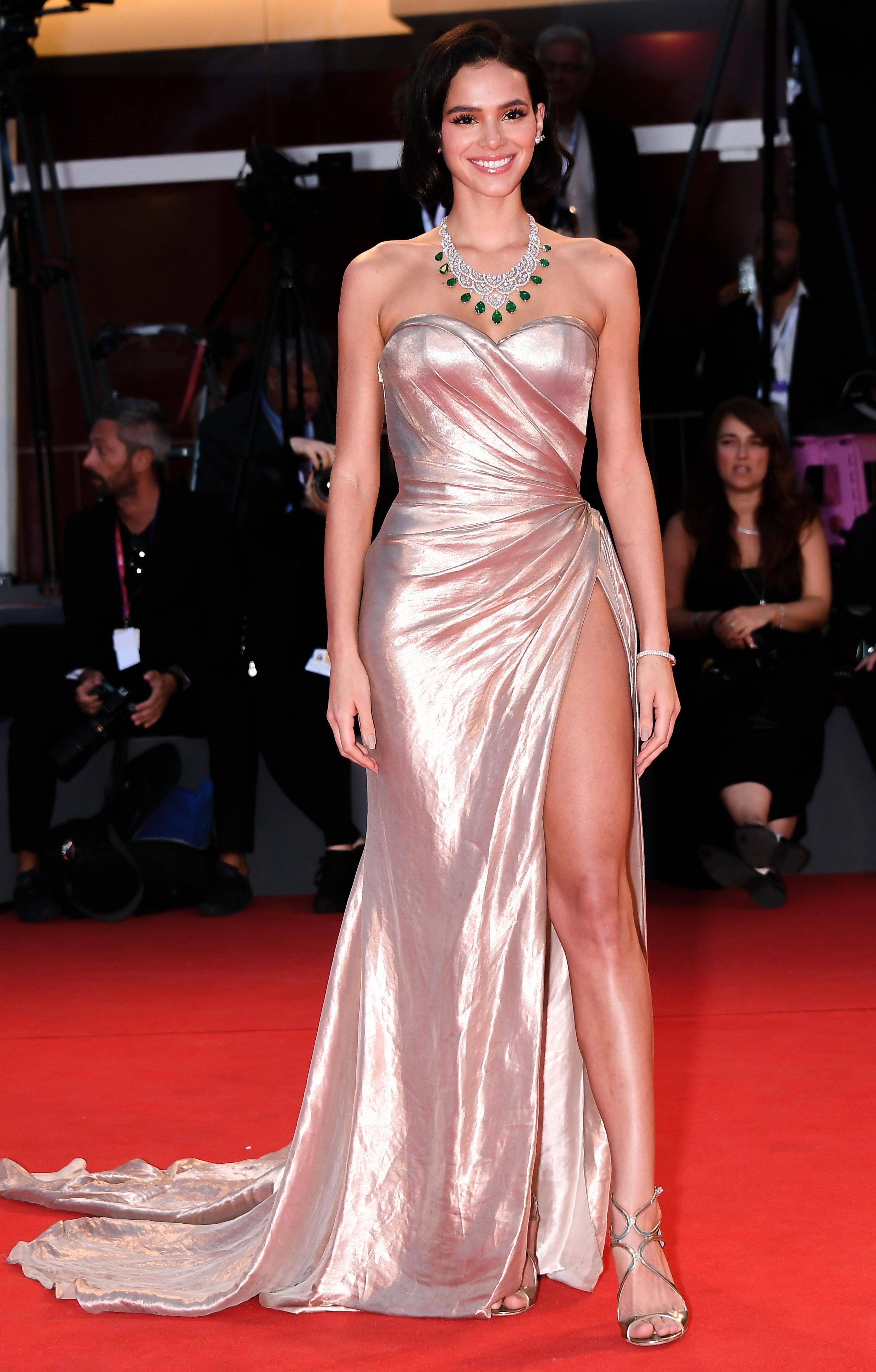 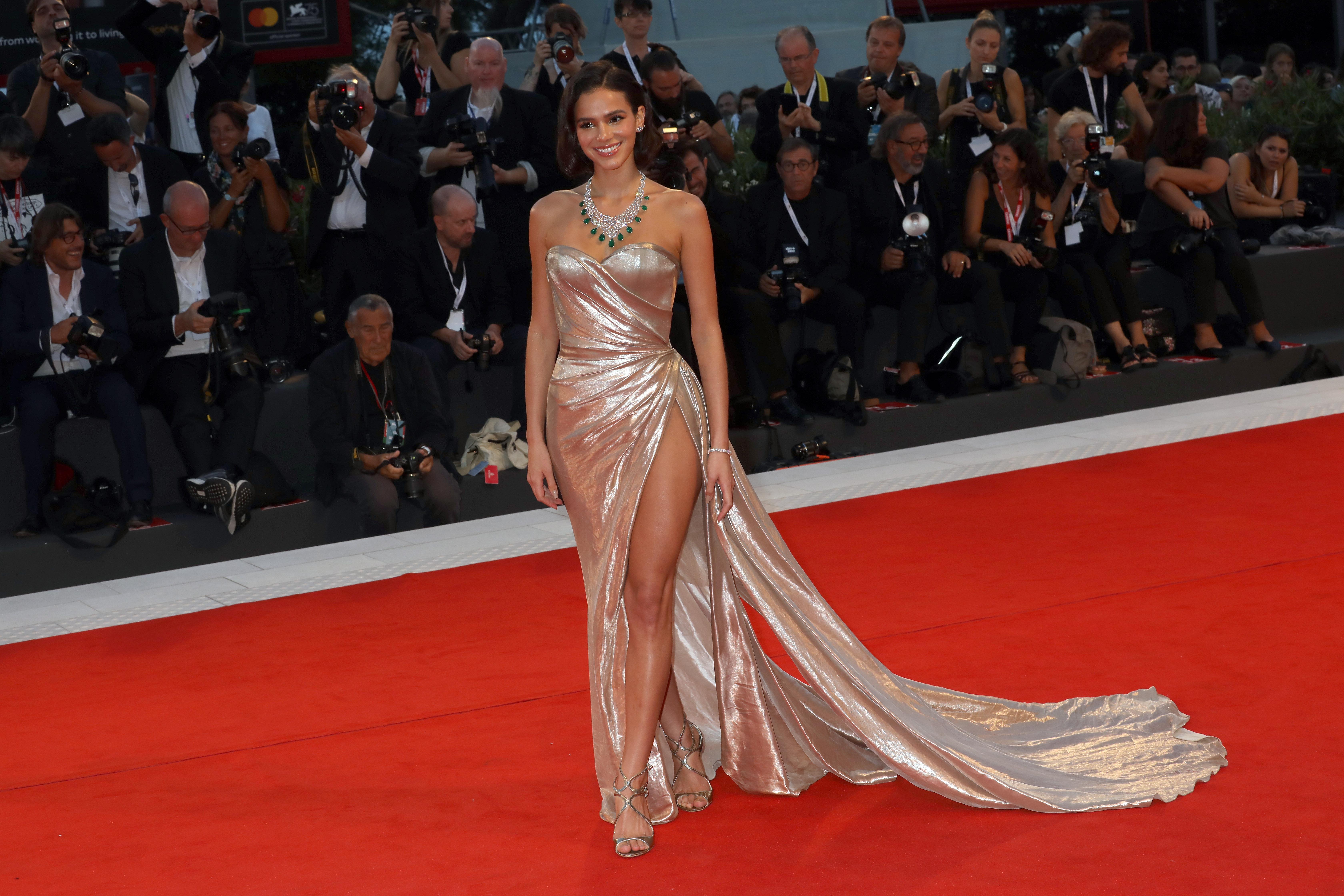 The model and actress was showing her support for the new western comedy, starring Joaquin Phoenix and John C. Reilly.

She dressed up for the occasion in a metallic silk gown, which featured a wrap-around bodice and daring thigh-high split.

She teamed the look with matching heeled sandals, and accessorised with an emerald and diamond necklace for an added hint of glitz.

Wearing glowing, bronzed make-up, Bruna commanded attention as waved and blew kisses on the carpet, without boyfriend Neymar by her side. 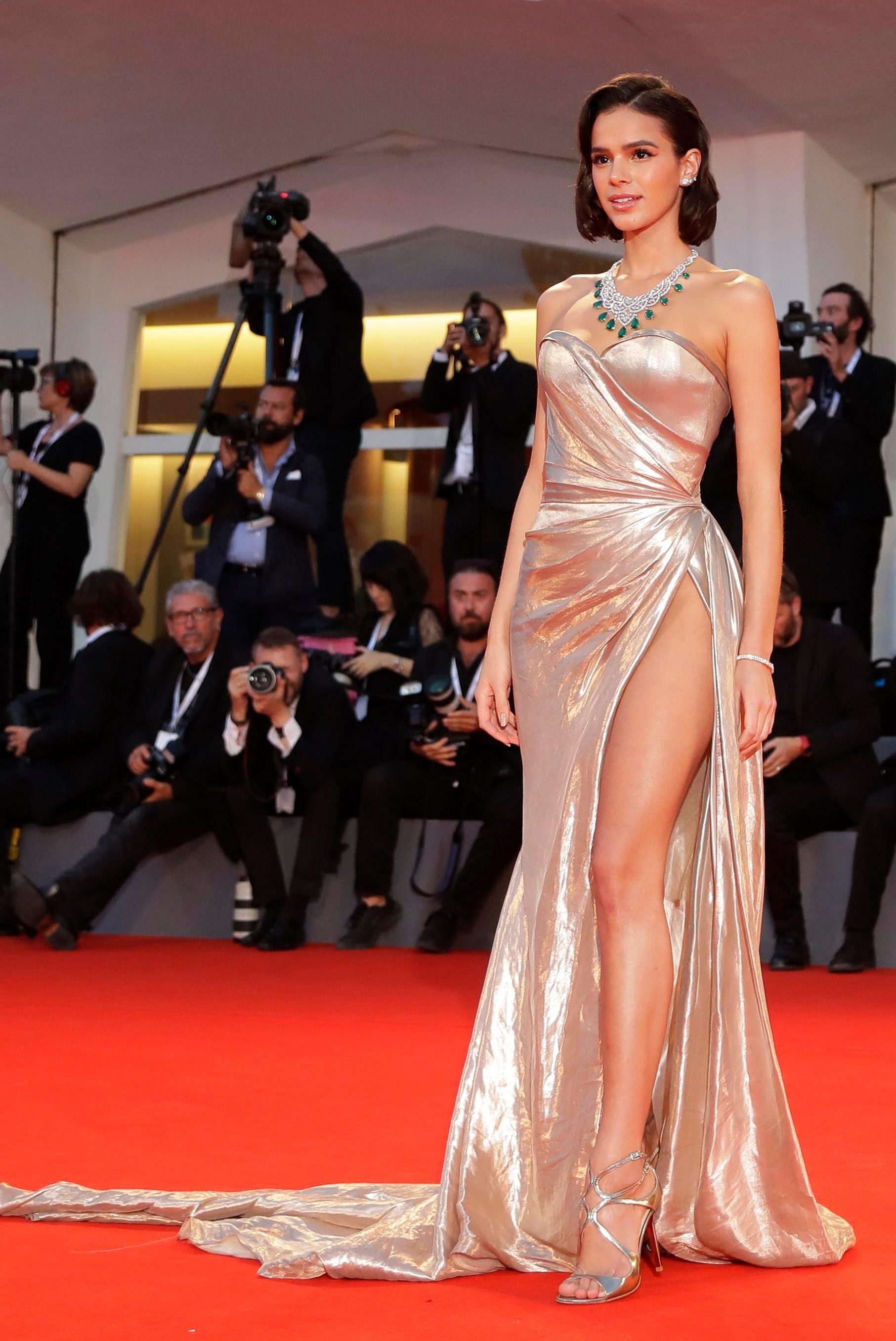 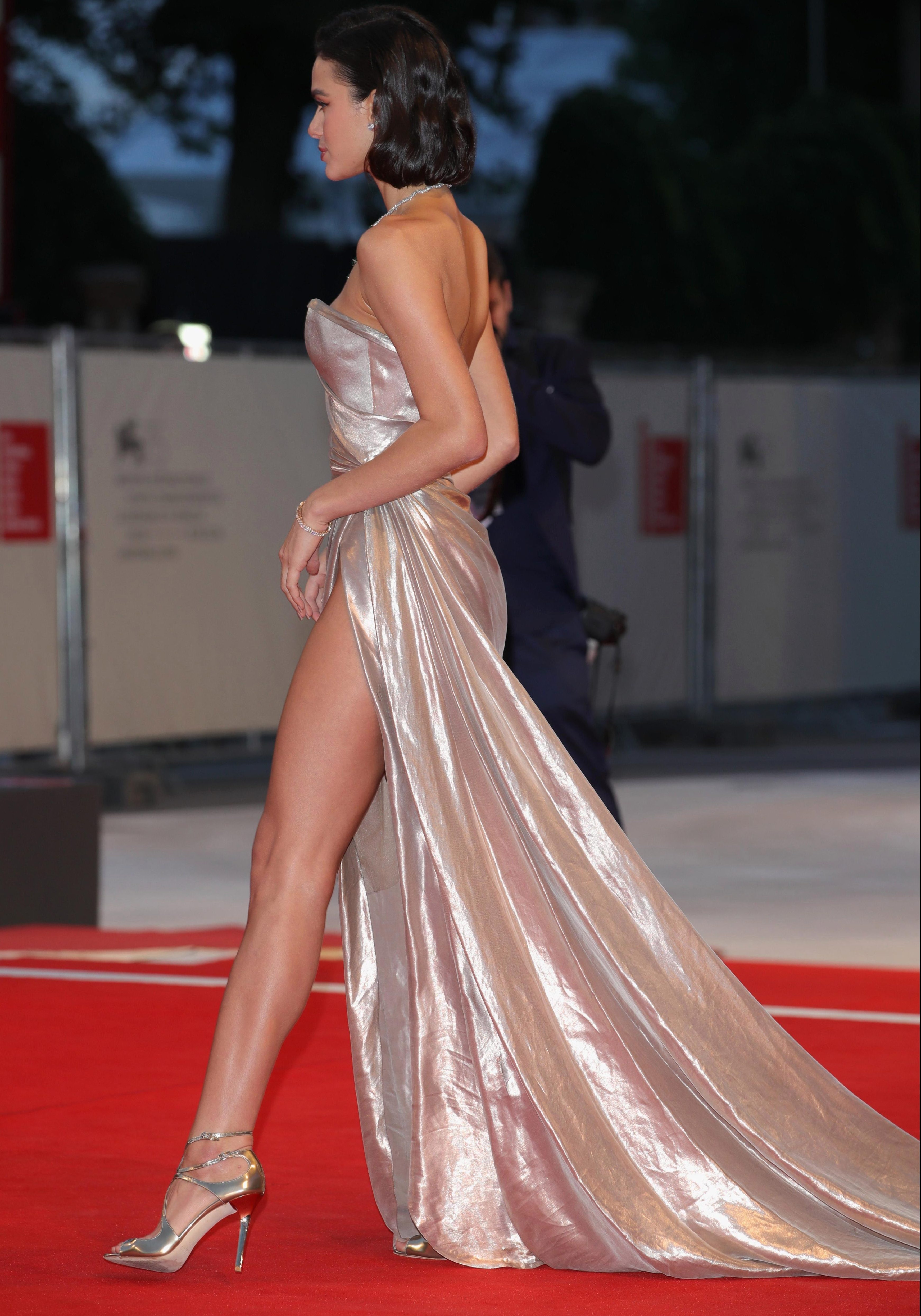 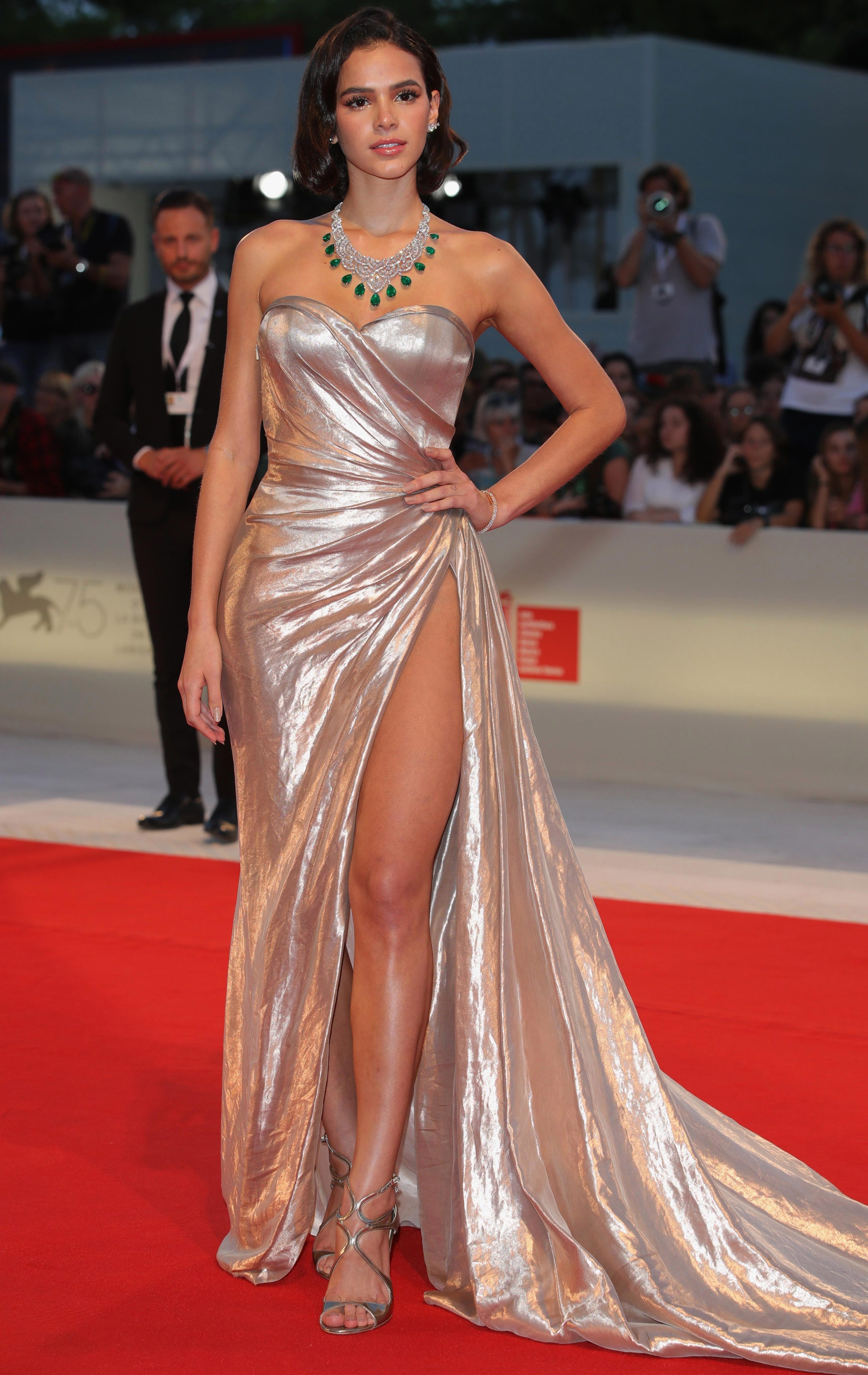 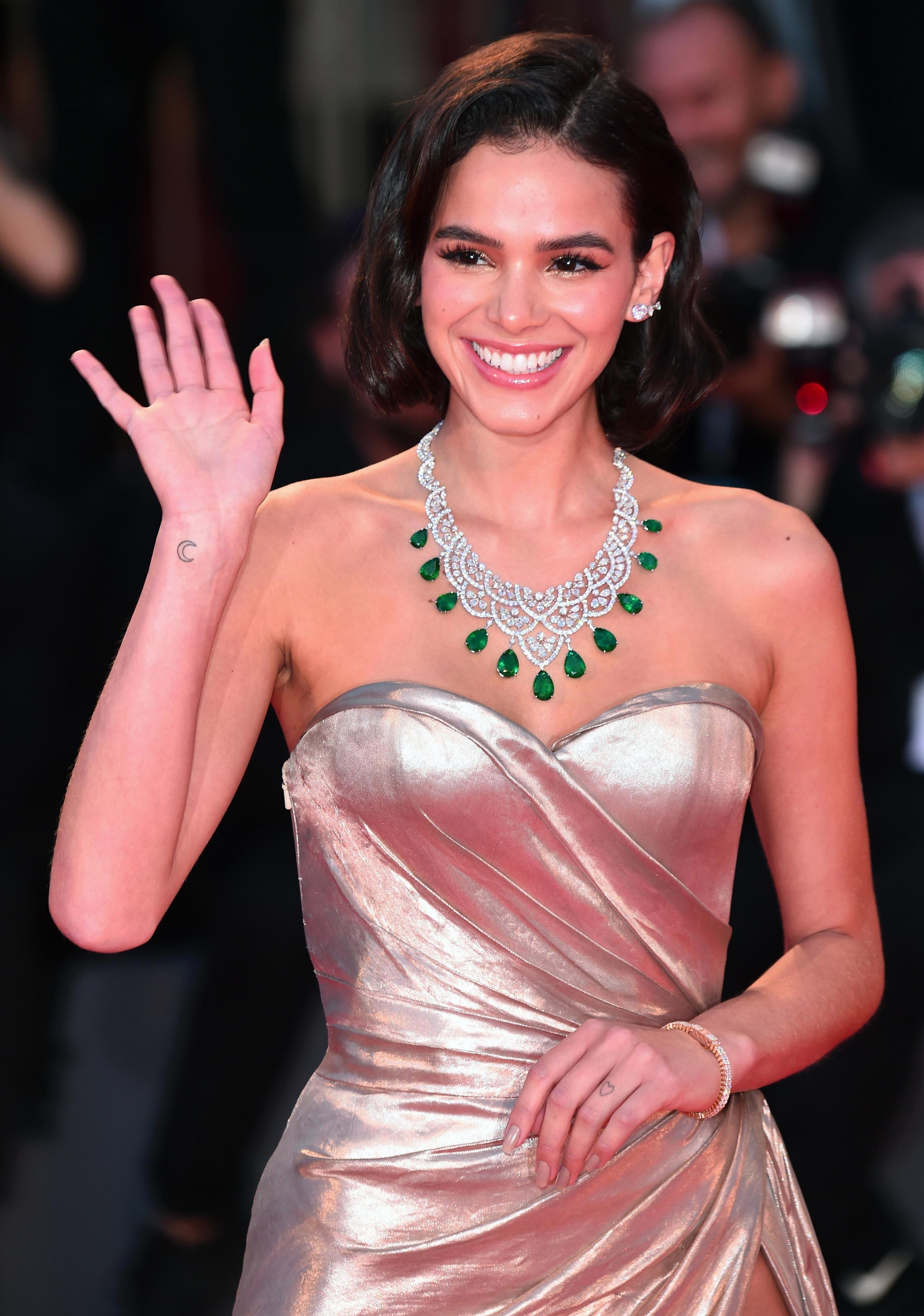 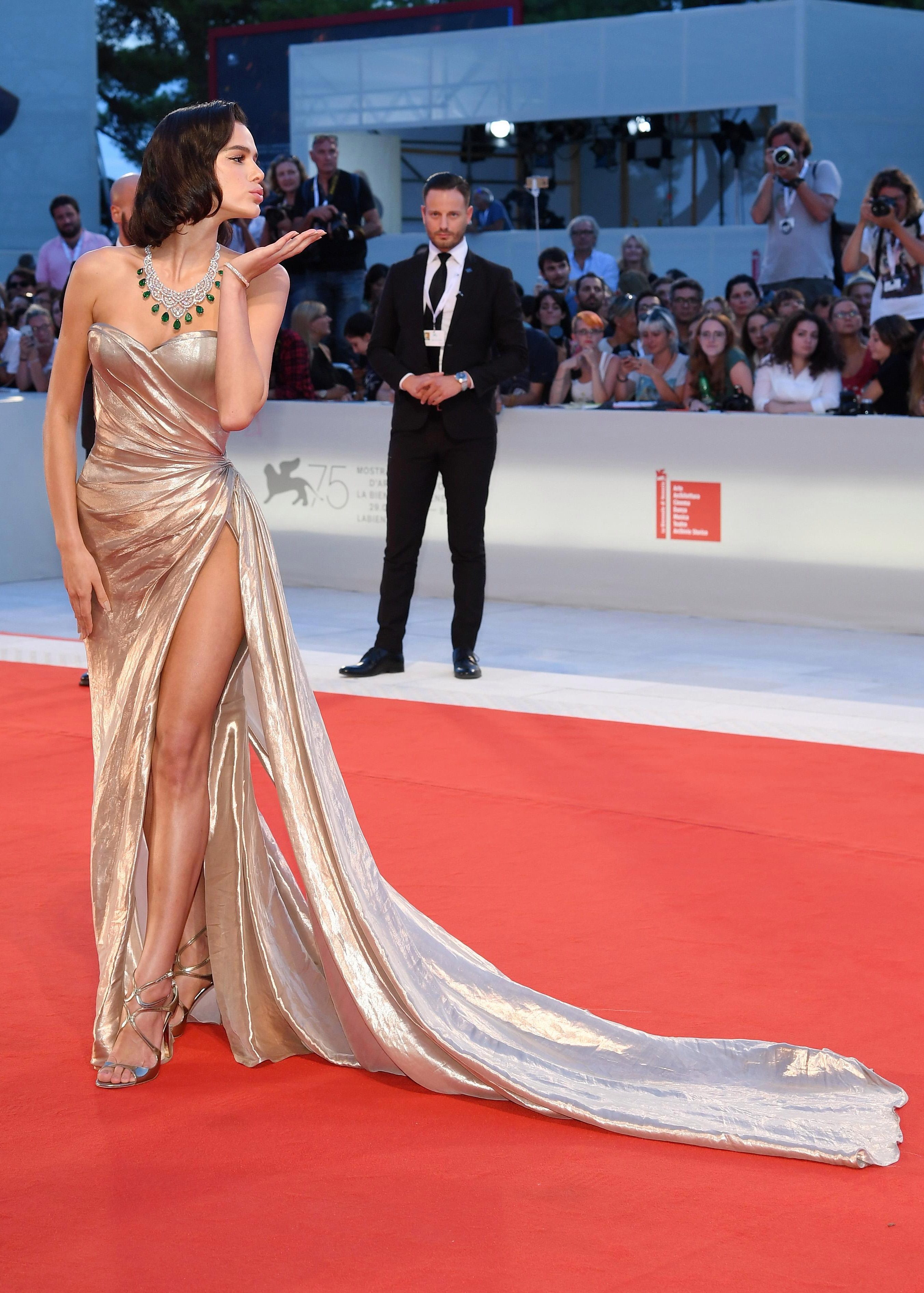 Bruna and Neymar rekindled their romance in December, after splitting for the third time in July.

The pair have been inseparable ever since, and have enjoyed a romantic trip to Paris last week.

According to reports in the Brazilian media, their last breakup was down to Bruna rejecting Neymar's marriage proposal, as she did not want to jeopardise her acting career.

The footballer spoke fondly of the model during their time apart, and hinted at a reconciliation just two weeks before they got back together. 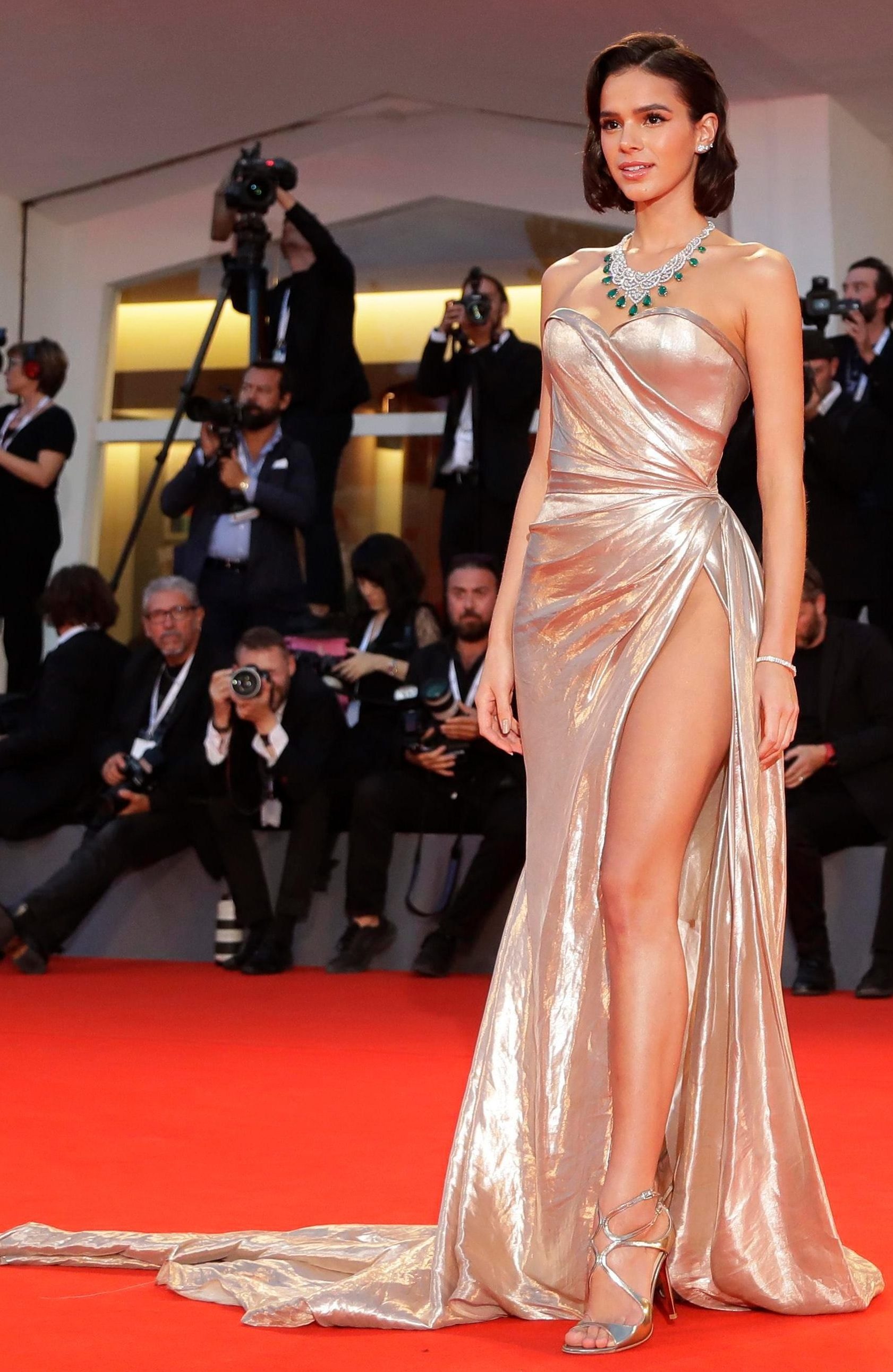 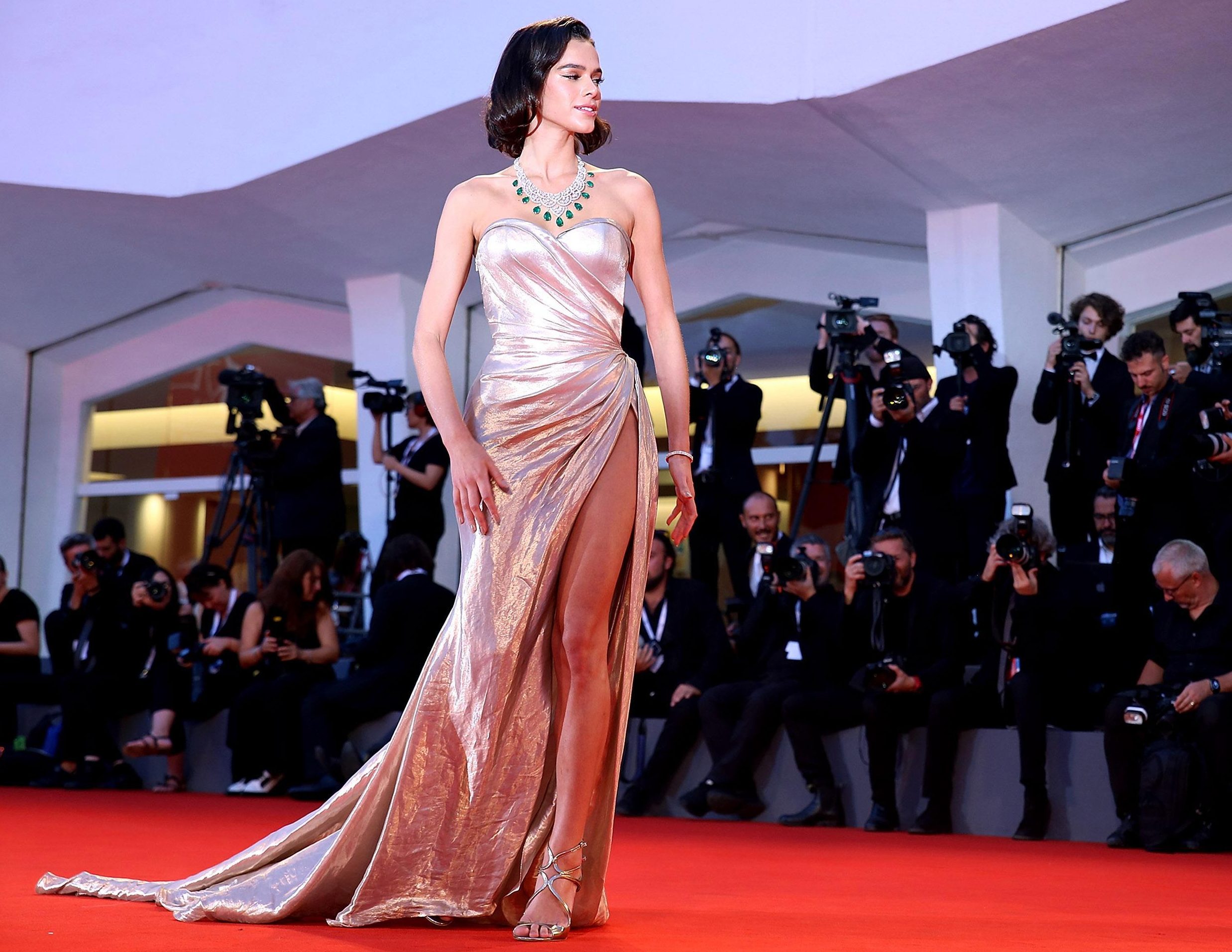 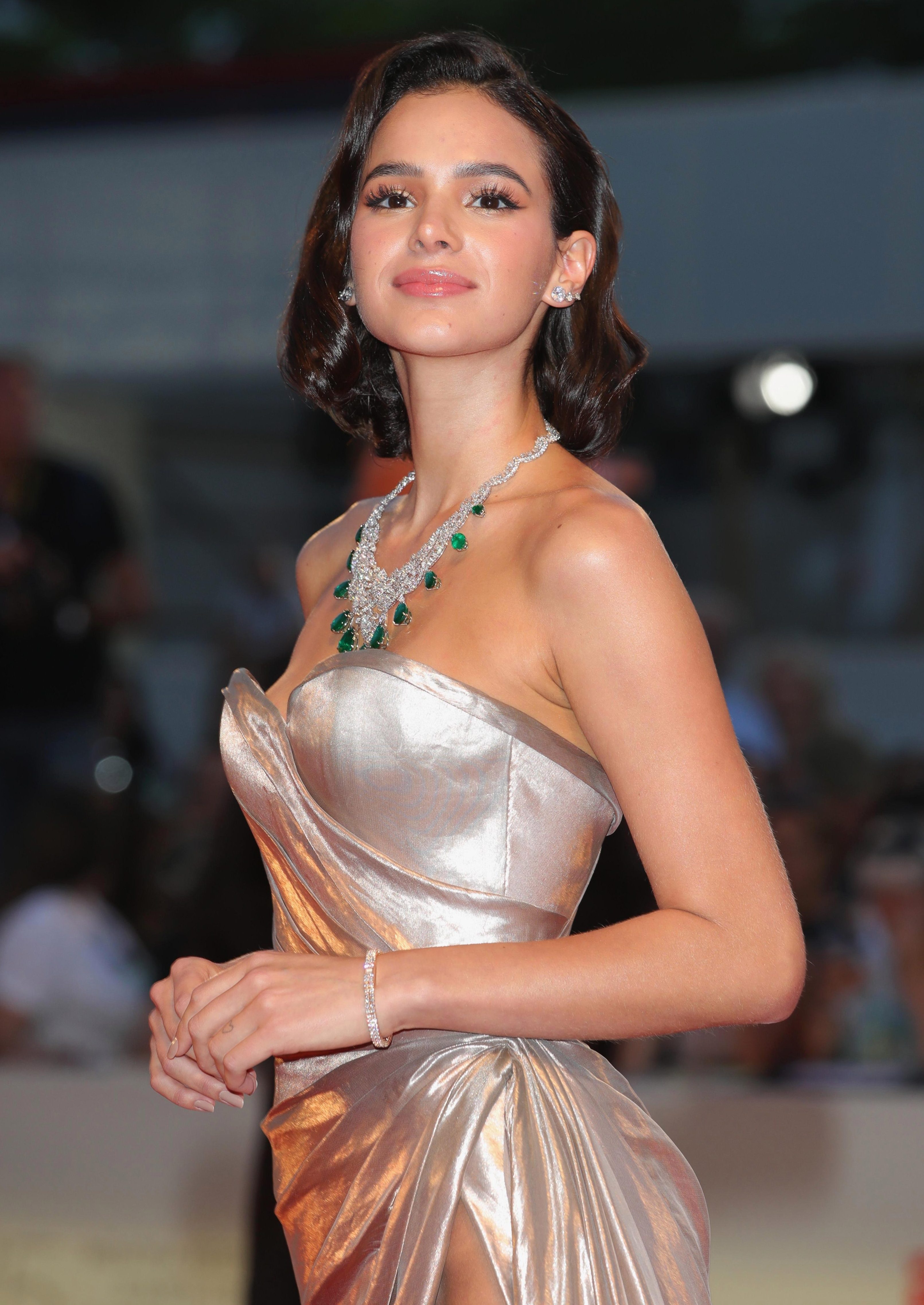 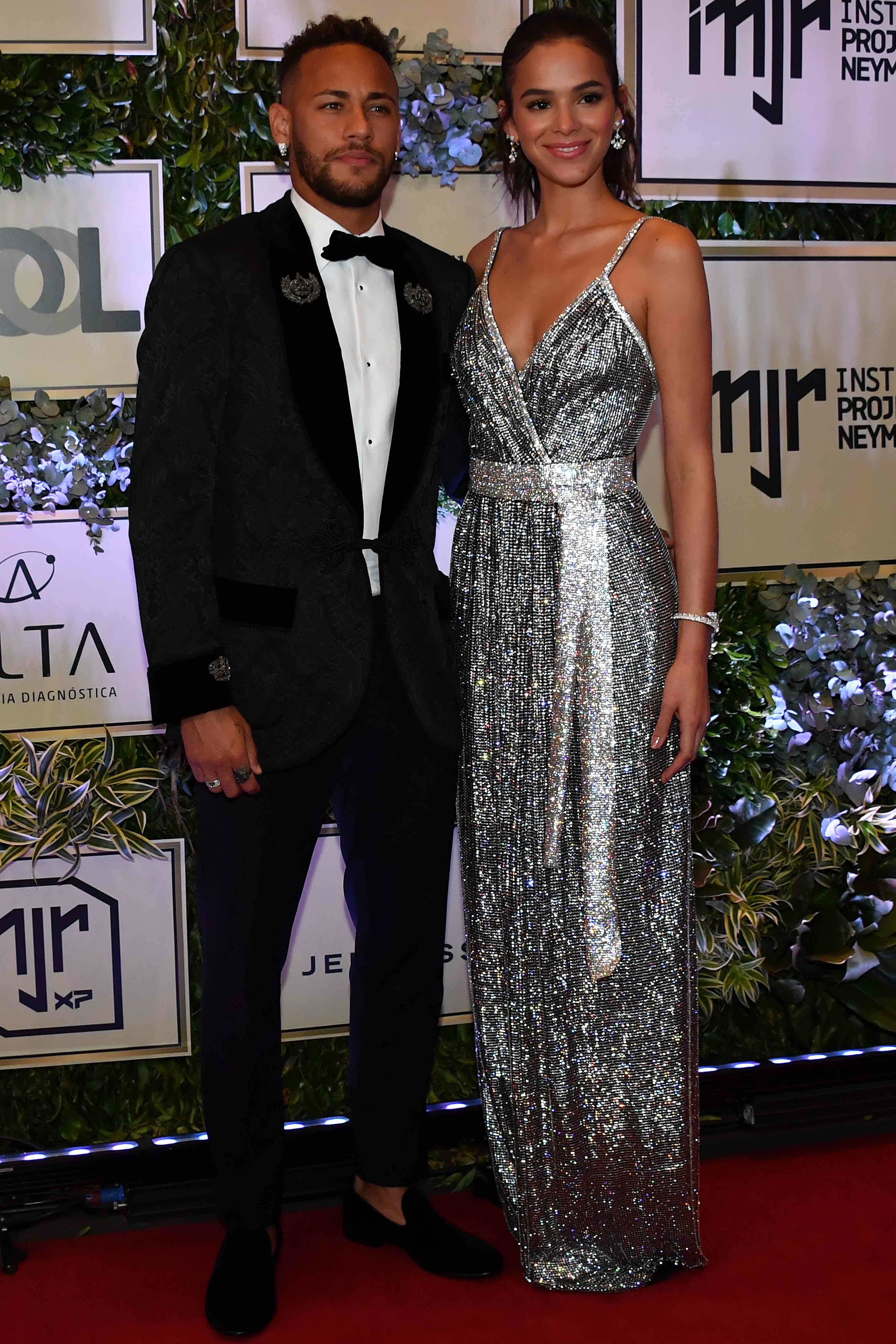 He said: "Yes I would go back with her. This would be controversial I know. But I have a lot of affection for her, I like her a lot. Who knows what tomorrow holds?'"

Neymar currently plays for Paris Saint-Germain, having left Barcelona for £198million last year in a bid to win the Ballon d'Or.

Meanwhile Bruna is carving a career as an actress, and recently wrapped filming on popular Brazilian series God Save The King.