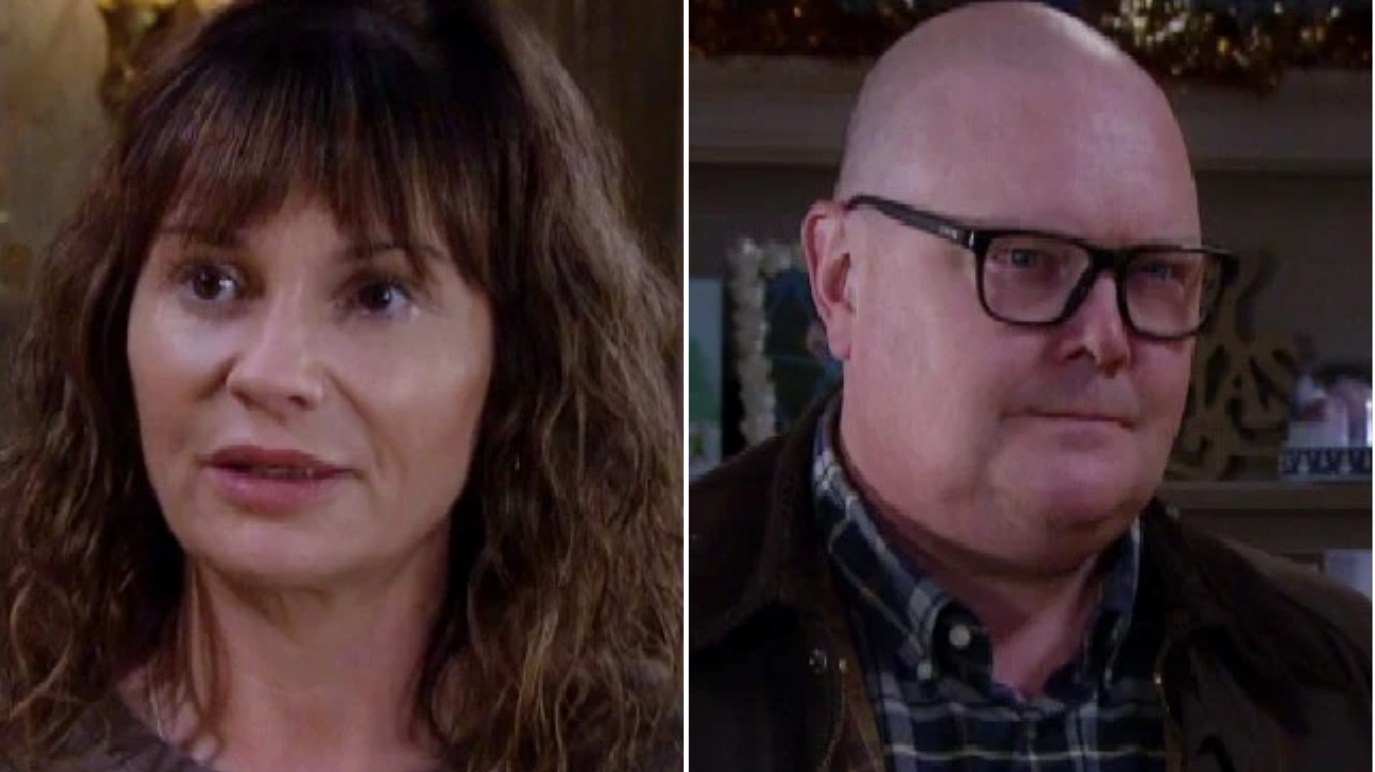 Chas (Lucy Pargeter) always knew that if the truth got out about her affair with Al (Michael Wildman) on Emmerdale there would be devastating consequences. This was why she was so willing to go to any lengths to keep things quiet.

Uppermost was knowing how upset Paddy (Dominic Brunt) would be if he found out. At the beginning of the affair Chas made it clear to Al that the relationship was purely physical and nobody should ever know.

As time went on, though, her feelings for him started to override this and by the time Cain (Jeff Hordley) found out about the affair and initiated the confrontation that led to Al’s death, Chas was already seriously planning to leave the village and Paddy and taking her daughter Eve (Bella James) to live with Al.

Since Paddy discovered all this he’s been a broken man, knowing that the wife he loves had decided to turn her back on him and, what’s worse, take his daughter away.

Now staying with Marlon (Mark Charnock) and Rhona (Zoe Henry), Paddy was rapidly running out of clean clothes in tonight’s episode and asked Marlon to go to the Woolpack to get some of his things. Marlon did so, but he also reminded Paddy that he needed to make a few decisions about what would happen next, and he couldn’t avoid talking to Chas about it.

So when Chas and Paddy finally spoke at the Woolpack, Paddy had been doing some thinking. As Chas suggested that it was too soon to be making life-changing decisions, he wasn’t going to be put off and reiterated that he wanted a divorce and full custody of Eve.

Chas said they needed to speak to Eve together because she was getting upset wondering why her dad wasn’t there. ‘Of course she’s upset. You’ve ripped her little world apart,’ he said angrily.

Chas suggested that they could tell Eve that he was going to be living with Uncle Marlon for a little bit and she could see him whenever she wants.

Paddy had other ideas. ‘You’re the guilty party,‘ he said. ‘Why don’t you move out?’ leaving Chas to contemplate losing her husband, her child and the home she loves.

Oh Chas. Was it really worth it for a few afternoons in a hotel with Al Chapman?