Created and penned by Timothy Greenberg, the 8-part series is a philosophical comedy that follows a man who is struggling in life.

AceShowbiz –
Paul Rudd is taking off his Ant-Man suit and heading to Netflix for a new comedy series. The streaming giant announces that the actor will star on “Living With Yourself” which hails from Emmy and Peabody award winner Timothy Greenberg (“The Daily Show with Jon Stewart“).

Created and penned by Greenberg, the 8-part series will see Rudd playing dual roles. The philosophical comedy follows a man who is struggling in life. He undergoes a new treatment to become a better person. 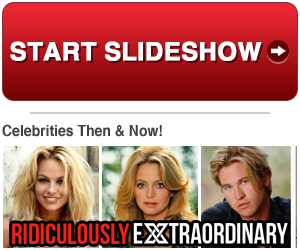 He then finds he’s been replaced by a new and improved version–revealing that his own worst enemy is himself. The first season is dubbed “fresh and inventive” philosophical comedy which makes people question themselves whether they really want to be better.

“Living With Yourself” will be directed by Jonathan Dayton and Valerie Faris. The two most recently helmed “Battle of the Sexes” starring Emma Stone.

“Living With Yourself” was initially ordered to pilot at IFC in February 2017. The project, however, didn’t move forward because of budget issue. According to sources, the Netflix deal has been under way since February of this year.

Rudd’s latest TV series is “Wet Hot American Summer” reboot, on which he reprised his role as Andy. The 49-year-old actor is currently starring in Marvel’s “Ant-Man and the Wasp“, which he also co-wrote. The superhero movie has grossed $430 million at the global box office and will open in China, Japan and other markets later this month.