Phillip Schofield has taken his annual break from ‘This Morning’, alongside co-host Holly Willoughby, Lorraine Kelly and other main ITV stars. In previous years, Phillip and Holly have often been snapped sunning themselves together and celebrating joint holidays – but during the coronavirus pandemic, things appear a little different. In the past, Phillip was renowned for his travel tips and advice because he starred in the eponymous show ‘Schofield’s Europe’. In one episode, he boasted about breaking the rules and experienced a number of amusing moments.

During the 1992 episode of his BBC travel show, a young Phillip Schofield travelled to Istanbul, in Turkey, where he gave insight into life abroad.

He claimed that his crew were the first team permitted to film inside the Blue Mosque as well as visiting a ‘Circumcision Palace’, trying his hand on the stock markets and much more.

After being treated to a naked scrub at the Turkish baths, he headed to a part of the country that lies within the Asian continent.

Phillip said: “Istanbul is where Europe runs out, only three percent of Turkey is in Europe this little bit here and there’s the city of Istanbul.

“The rest of the country, there’s a massive amount of it in Asia, and this is what it looks like from the ground, over there is Europe and over there is Asia. 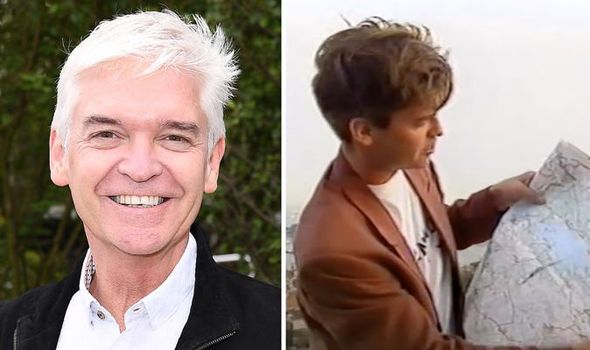 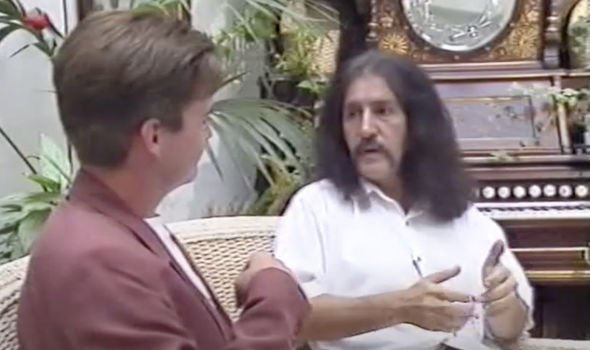 “Now of course we’re not supposed to go to that part of the city because this is ‘Schofield’s Europe’ but of course rules are made to be broken!”

Once he crossed the water via boat, he met “Turkey’s most successful entertainer” – a former rockstar whose show was once tuned into by more than 35 million people each week.

As he fought through a large gathering to meet the star, Phillip said: “I was warned that if you want to find Baris Manço, all you’ve got to do is look for the crowds.”

He claimed that Maris’ show stood out in “the bland world of Turkish television” and he had become a polarising figure because he thought citizens were undergoing an “identity crisis”. 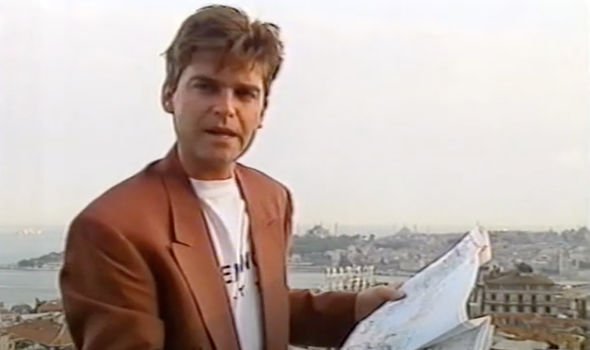 The TV host recalled a number of problems including needing a visa to come to some EU countries and that they didn’t feel at home within the West or East.

Maris joked that even Phillip “shouldn’t be here” because he was “in Asia now”, which wasn’t in Europe, and made a shushing noise to the TV camera.

He continued: “We divide countries into being friends of the Turks and not-friends of Turks because we think of our city as being in the centre of the world

The host told Phillip: “For the West we are Eastern and for the East we are Western, we need to get a visa to come to European countries.”

He claimed that Britain was not among that list of friends because of its wartime history along with films like ‘Lawrence of Arabia’.