The film producer and real estate executive turned 43 on Wednesday. 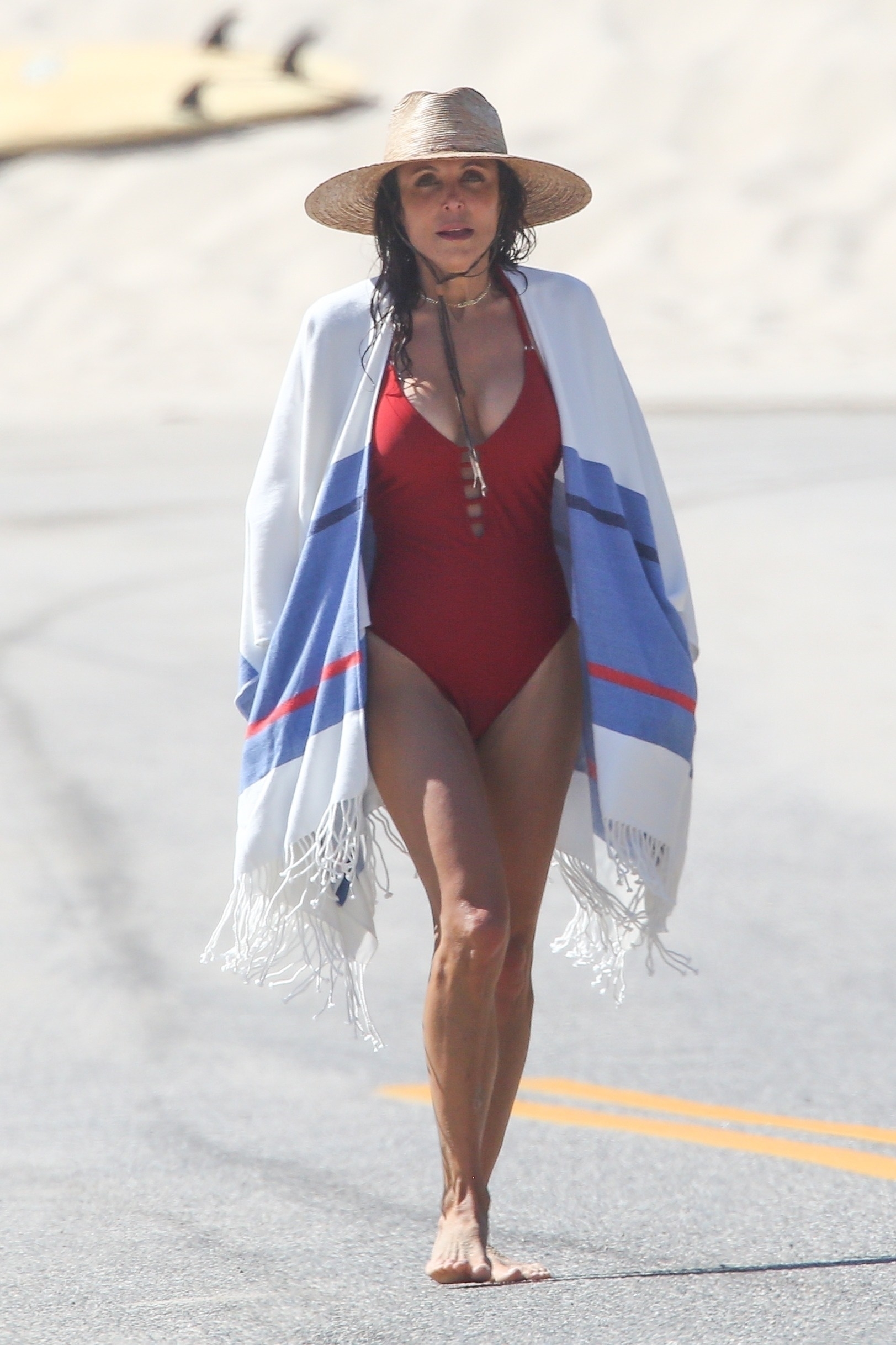 Bethenny was spotted sans coverup while leaving the beach with her beau.

The TV personality showed off her fit figure in a low-cut red swimsuit that featured a few cut-outs down the front, as well as a few on the back.

To top off the sun day, fun day look, the 49-year-old kept her face cool and shaded with a straw hat.

To keep her shoulders from getting burned, the RHONY alum at one point covered them up with a white, blue and red towel with frayed edges. 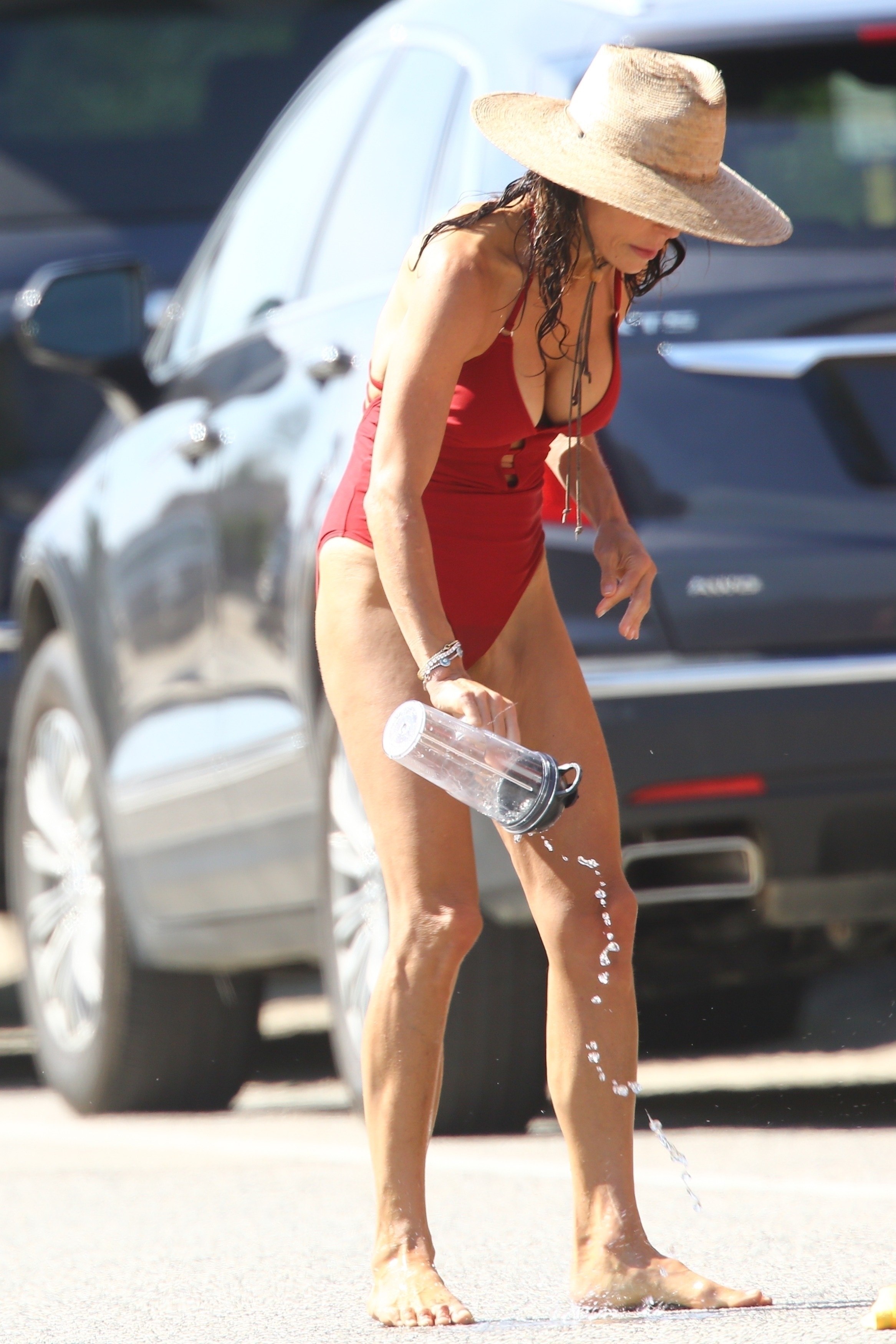 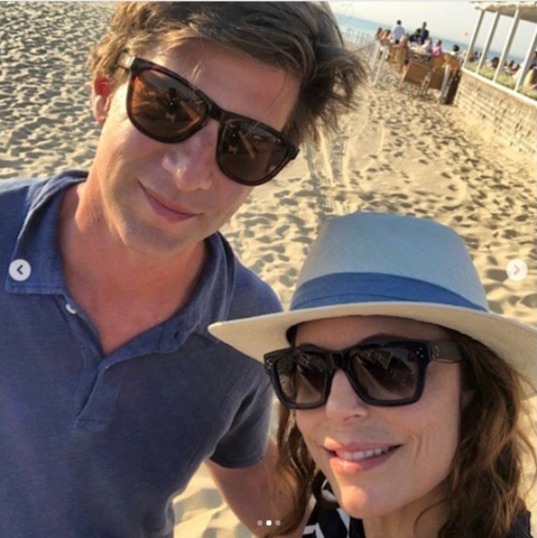 Bethenny and Paul have been together for more than a year, and she recently said that they’re now “closer than ever.”

The mother of one — who shares 10-year-old daughter Bryn with ex Jason Hoppy — posted a slideshow of sweet beach shots with Paul for his 43rd birthday.

The two smiled for the camera in the photos, and one of them featured Bethenny sitting on her boyfriend’s lap and getting a kiss on the cheek from him.

The Skinnygirl founder captioned the post: “Happy Birthday Paul…have the most beautiful day ever. 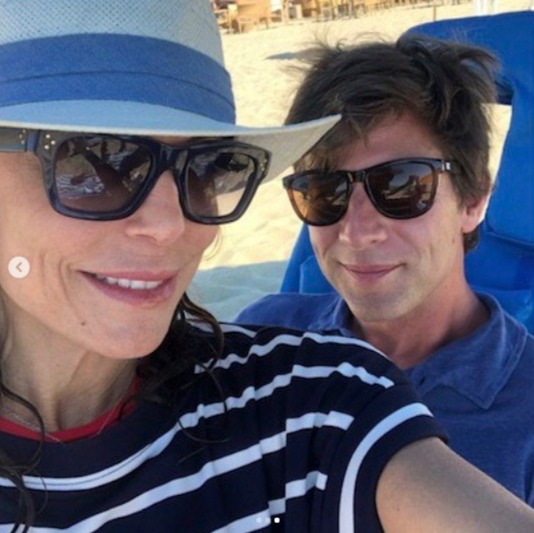 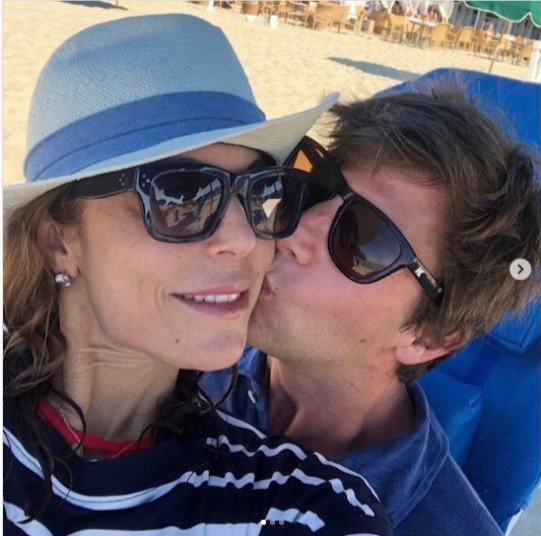 “You are so loving and so loved…the rest of my sentiments, feelings, and wishes for you are deep & private, the way we like it…xoxo”

Since late last year, when she left RHONY, Bethenny has been focusing on her relationship with Paul, as well as her personal ventures.

She became an original cast member on the reality show in season 1 in 2008 and remained a central figure until 2011.

The author left but returned for season 7 in 2015, before ultimately exiting Real Housewives again after season 11 last year. 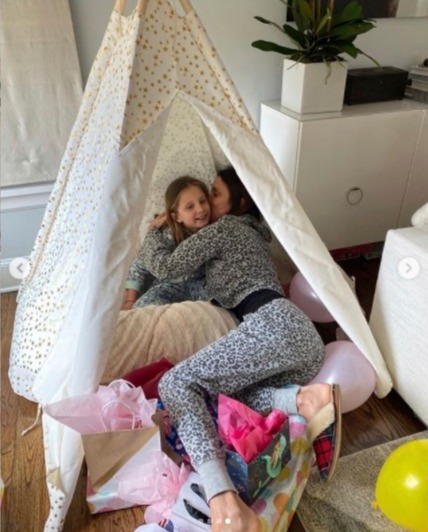 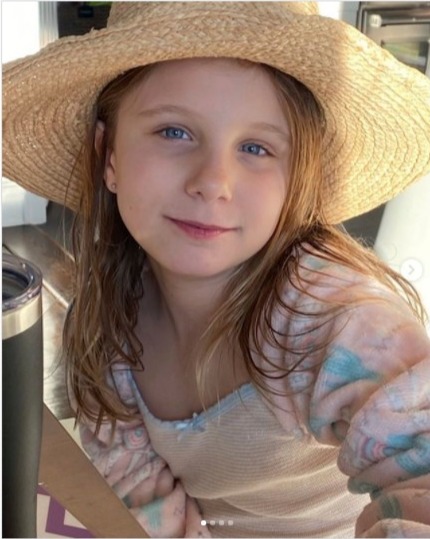 Though fans have been begging for her to return to the series, she doesn’t plan on going back anytime soon.

In an interview with Fortune, the 49-year-old business mogul said: “I read comments that people say to me, ‘Please come back,’ and ‘Please save the show.’

“It’s all flattering, and I wish the girls well. I’m doing other things though, and I just don’t know how that really would fit into my life as is.”

She admitted of her ongoing BStrong charity work: “I like getting more and more behind the camera.”