Rick and Morty is best known for its bizarre and crude jokes as well as its ingenious scientific explanations which ties its stories together. One small sub-plot which got viewers of the Adult Swim cartoon in a twist was when Rick revealed his devotion to a particular sauce which had been discontinued. So how did Rick’s obsession with it begin?

WARNING: This article contains spoilers from Rick and Morty.

Season three premiered in 2017 with Rickshank Redemption where a Galactic Federation Agent wanted to see what happened to Rick’s family.

So Rick transported himself and the agent to watch this memory but on the way to his house, the scientist had to make a quick stop.

When the agent asked where they were going, Rick replied: “To the day it all began and ended. The moment that changed everything.”

Rick then stopped off at McDonald’s and asked for 10 pieces of McNuggets and “a bunch of the Szechuan sauce”. 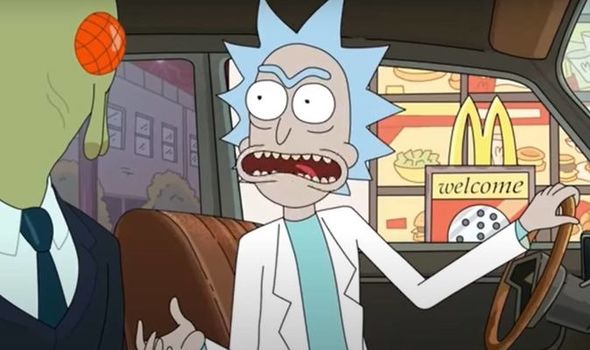 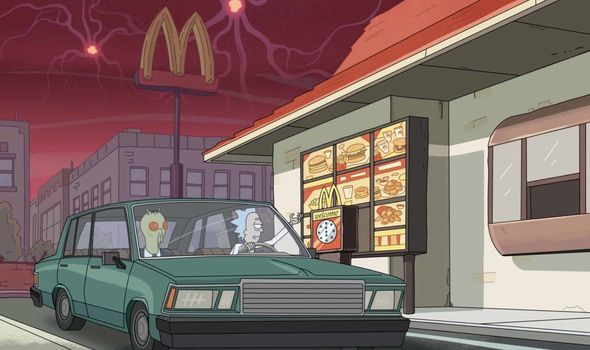 Describing the story of the Szechaun sauce, Rick said: “In 1998, they [McDonald’s] had this promotion for the Disney film Mulan where they created a new sauce for the McNuggets called Szechuan sauce and it’s delicious!

“And they got rid of it and now it’s gone. This is the only place where we can try it, in my memory.”

Even after the agent witnesses the moment Rick’s wife Diane and Beth were supposedly killed in a blast, he comments:

“Wow, this sauce is f***ing amazing, you said it was promoting a movie?”

Following the episode’s release, McDonald’s even decided to temporarily bring back the sauce. 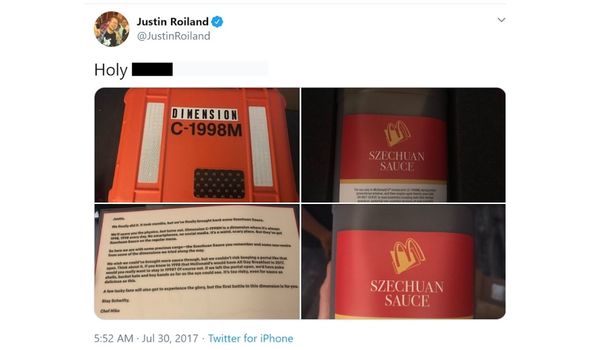 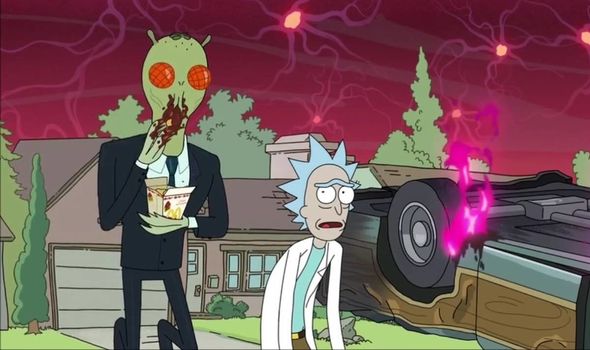 First of all, a batch of the sauce was sent to co-creator Justin Roiland with a note saying how it was from dimension C-1998M where it was always 1998.

Szechuan sauce was then brought back for one day only on October 7, 2017 which led to riots and people chanting “we want sauce” outside various chains in the US as they had run out.

Thankfully, McDonald’s learnt its lesson and brought back the sauce once more in 2018 where even more was made to give to its eager customers.

Unfortunately, the food chain has not decided to bring it back again just yet but that doesn’t mean there won’t be another similar promotion in the future.

When the promotional sauce returned two years ago, Business Insider wrote a review about what Szechuan sauce was like.

The review said: “Szechuan sauce tastes like if you took a classic suburban American Chinese restaurant’s sweet-and-sour chicken and mixed it with some soy sauce and maybe a hint of sesame.

“It’s goopy, sweet, and very salty — and, in its own right, it’s a pretty tasty option.

“We aggressively dunked and quickly downed 40 nuggets doused in the Szechuan sauce, so we can promise that it’s tasty, and you’ll want to keep on dipping.”

Following its revival, a customer on eBay was seen selling a McDonald’s Szechuan sauce packet for $3,000 (£2,370), highlighting how popular the dip became.

If the sauce is mentioned again in a future episode of Rick and Morty, this could, in turn, lead to McDonald’s once again bringing it back for a short time as a promotion.

The sci-fi comedy will return for a fifth series but a release date has not yet been announced.

Rick and Morty is available to watch on Adult Swim.