Home » TV & Movies » Riverdale season 5: Fans outraged key character left out of graduation ‘Should be there!’

Season five of Riverdale started from right where the previous season had to be cut short due to Covid-19 filming restrictions. In the most recent episode, Jughead Jones (played by Cole Sprouse), Betty Cooper (Lili Reinhart), Archie Andrews (KJ Apa) and Veronica Lodge (Camila Mendes) are going through their final moments of high-school before the series catches up with them again after a seven-year time jump into the future. But there was one key character missing.

In this week’s episode, Chapter Seventy-Nine: Graduation, viewers watched the gang and all their other favourites on the last day of school

As all the cast reunited for a very emotional moment, fans complained about one character, in particular, being left out of the celebrations: Josie McCoy (Ashleigh Murray).

Josie was a main character on the show until her departure in the last season.

She was a student at Riverdale High and the lead singer and guitarist of Josie and the pussycats. 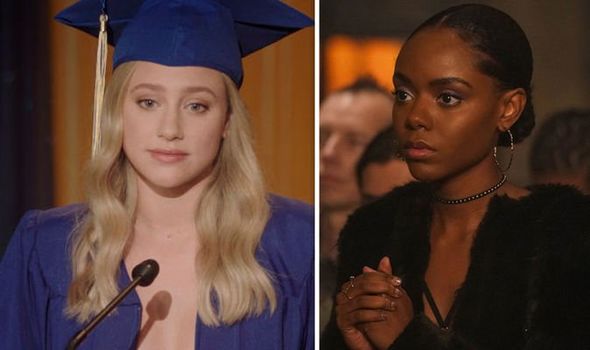 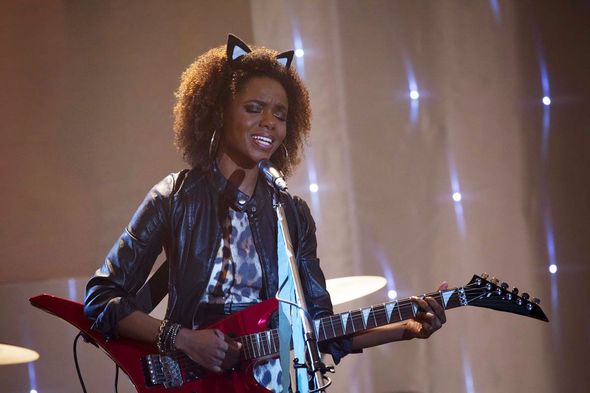 Her last Riverdale appearance was in the season four premiere, in the episode Chapter Fifty-Eight: In Memoriam.

It was then that Josie severed ties with Archie and headed off on tour with her father, accompanying him on a string of shows across the country.

However, the show didn’t abandon her completely as she went on to be in the Riverdale spin-off series, Katy Keene.

Named after its protagonist, the show follows fashion enthusiast Katy and Josie as they try to make a name for themselves in New York. 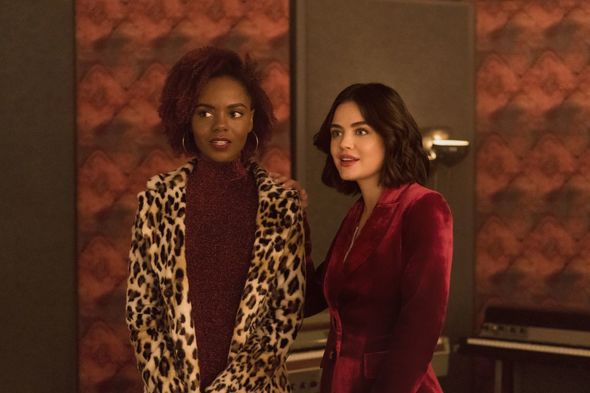 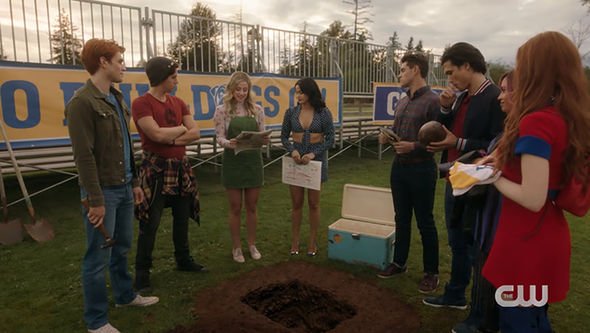 Although the series was cancelled after one season, since it took place five years after the events of Riverdale, fans can assume Josie is still pursuing her music career by the time graduation comes around.

It is during the celebrations that The CW and Netflix viewers were treated to a call back to Josie.

All the characters place items in a time capsule to commemorate their experiences at Riverdale High.

Kevin (Casey Cott) puts in some cat ears on Josie’s behalf and says that he wished she were there with them.

Fans on Twitter shared the feeling, with one viewer commenting: “This episode needed Josie badly #Riverdale”

“Josie should’ve been in the graduation episode; that’s my only gripe. Riverdale,” said a second person.

Another added: “I wish Josie would have been there. Honestly #Riverdale”

“Revive Josie McCoy or give her and the Pussycats a legit spin off. #Riverdale,” said a fourth fan.

Viewers also experienced an emotional gut-punch on this week’s episode as it kicked off with a heart-wrenching tribute to Luke Perry.

The late actor, who played Archie’s father Fred Andrews on Riverdale, passed away in 2019.

His character was tragically killed in season four but was featured in an emotional flashback scene this week for what may be his final appearance in the series to give his son some advice before he enters adulthood.

On next week’s episode, viewers will have to get to know all the characters anew as the show skips ahead seven years into the future.

Riverdale season 5 continues Wednesdays on the CW and the following Thursday on Netflix.