Home » 'RuPaul's Drag Race All Stars 6': Find Out Which Queens Are Returning

Said with love: This might be the most chaotic Drag Race cast in herstory. RuPaul unveiled the 13 queens returning to the Werk Room for RuPaul’s Drag Race All Stars season 6, and there is not a wallflower in the bunch. Untucked is about to be LOUD!

Mama Ru, meanwhile, is promising one for the books. “Thirteen All Stars deliver one of the best Drag Race seasons ever!” she teased. “Don’t take my word for it. You’ve got to stream it to believe it.”

Drag Race will sashay from VH1 to Paramount+ for All Stars 6 and this season of Untucked, premiering with back-to-back episodes on June 24 with new episodes dropping every Thursday.

Watch the cast announcement above and scroll on to re-meet the queens: 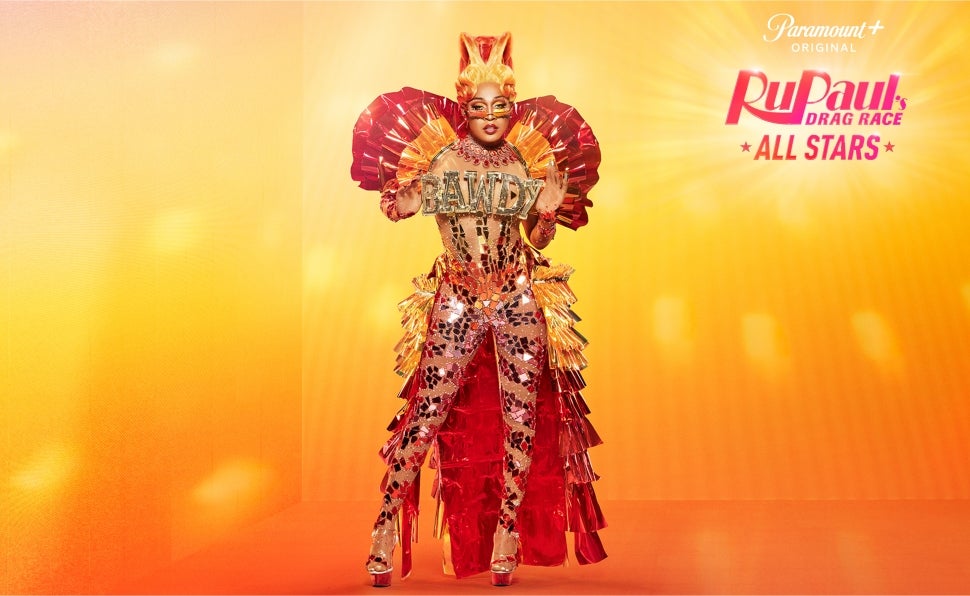 Where is the body? A’Keria C. Davenport IS the body! This bootylicious powerhouse from the Davenport drag dynasty made it to the Top 4 of season 11, thanks to her bodacious beauty and performing talents. Is it time for this Texas titan to take it all? 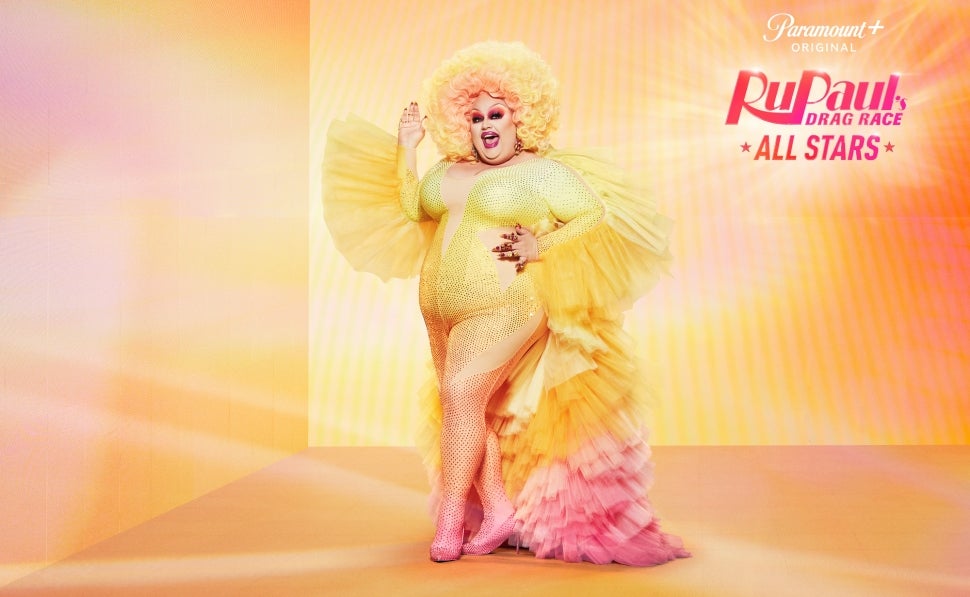 After an early exit from season 9 due to a knee injury, Eureka! came back with a vengeance, making it to the Top 3 of season 10. A natural gift for comedy, unstoppable stage presence, and a spot on an award-winning HBO series has primed this Tennessee talent to stake her claim on the Hall of Fame. 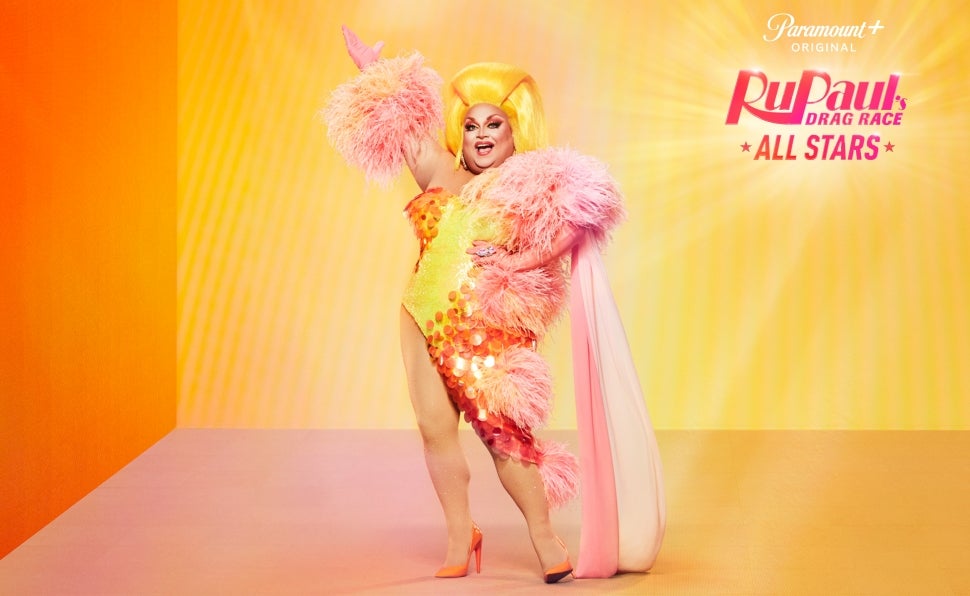 A Drag Race icon, is there anything Ginger Minj can’t do? This self-proclaimed glamour toad is a born performer, and one of the quickest wits in drag! Since nearly snatching the crown on season 7, she’s appeared on All Stars 2, and starred in Dolly Parton’s film, Dumplin’. Can the Minj take the win? 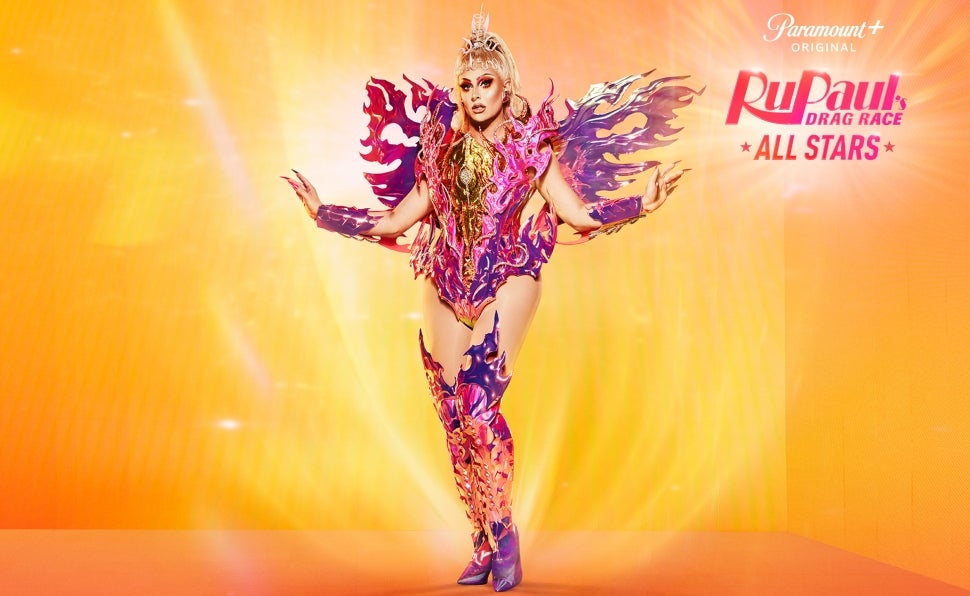 New York’s singing queen brought voice and vivaciousness to season 12. And while she ruled the Madonna Rusical challenge, she failed to materialize a win. It’s time for this perfectly professional performer to funk it up and make us all feel the Jan-tasy! 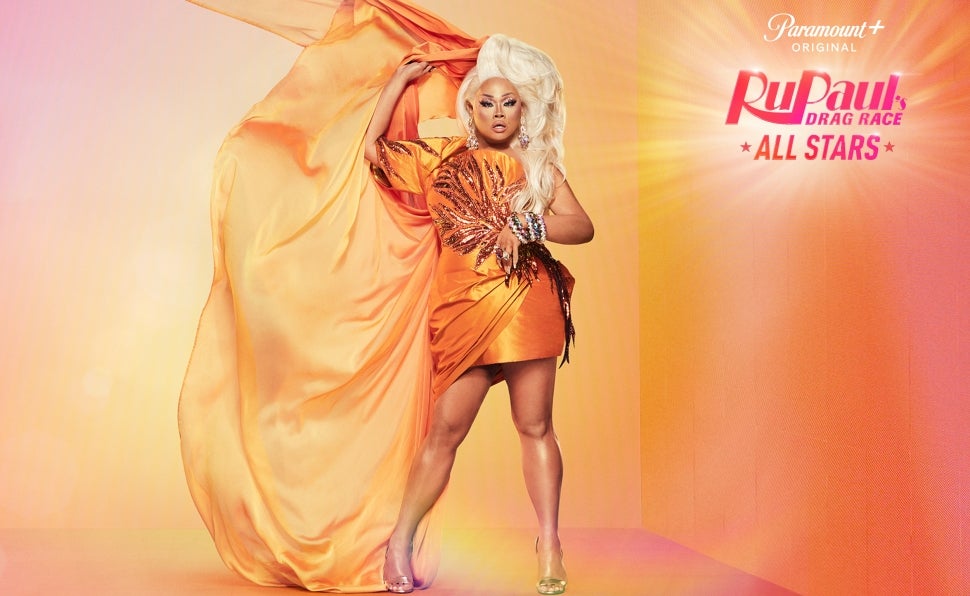 A beloved queen from Queens who always keeps it 100, Jiggly Caliente brought heart and humor to season 4. Since then, everyone’s had eyes on Jiggly, thanks to star turns on Broad City and Pose. May we call her a winner, Baby? 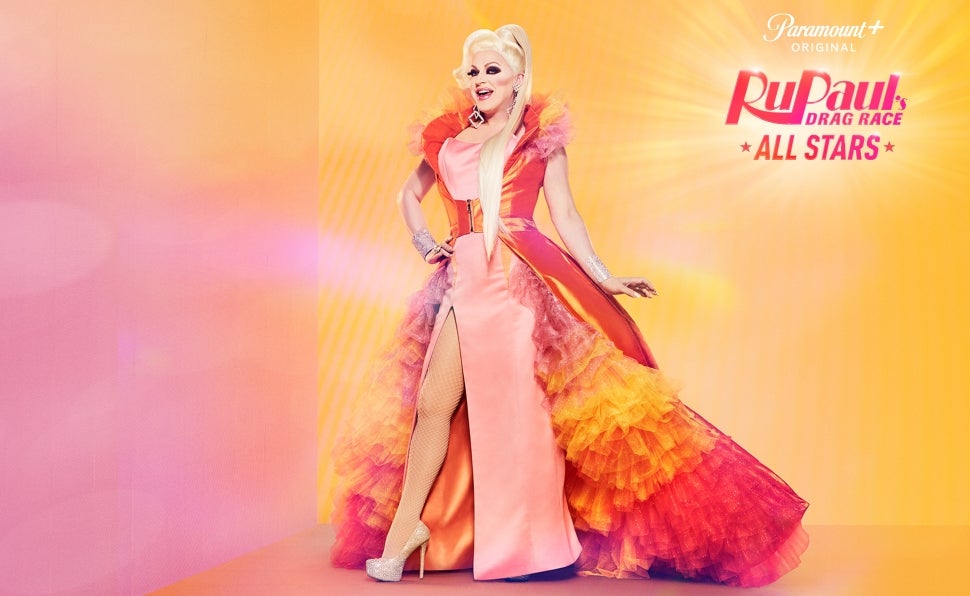 One of Drag Race‘s OG comedy queens, Pandora Boxx slayed the first-ever Snatch Game in season 2 with a performance that set the standard. (“Raspberries!”) She also snatched viewers’ hearts as Miss Congeniality, but a bumpy ride on All Stars 1 had this nice girl finishing last. Can this funny lady finally finish first? 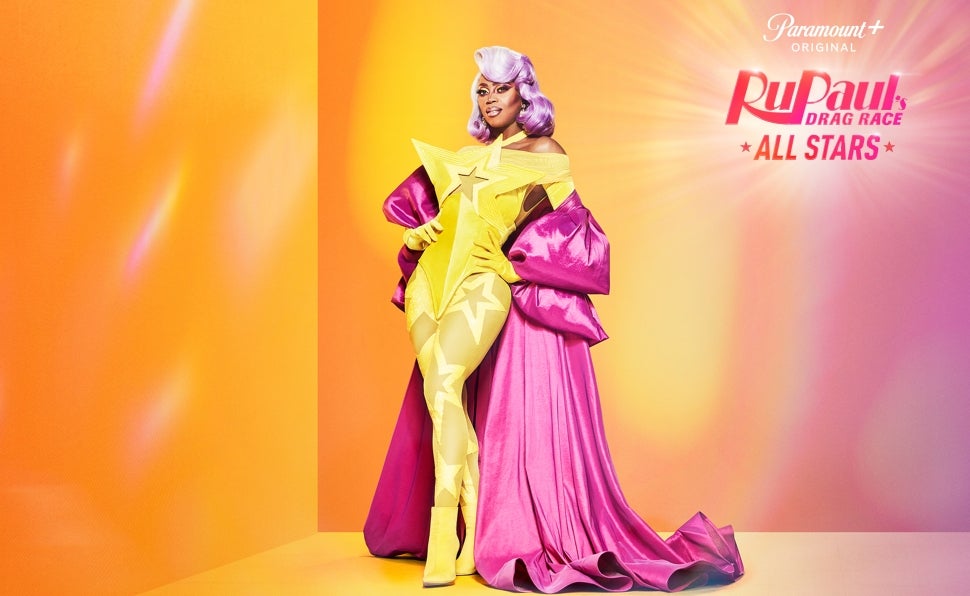 Season 11’s salty sister was never afraid to speak her mind — and fans had feelings about it. But this Dallas doll was also known to slay a lip-sync and look fabulous doing it! Now this dancing queen is back with a new attitude and her big, beautiful eyes on the prize. 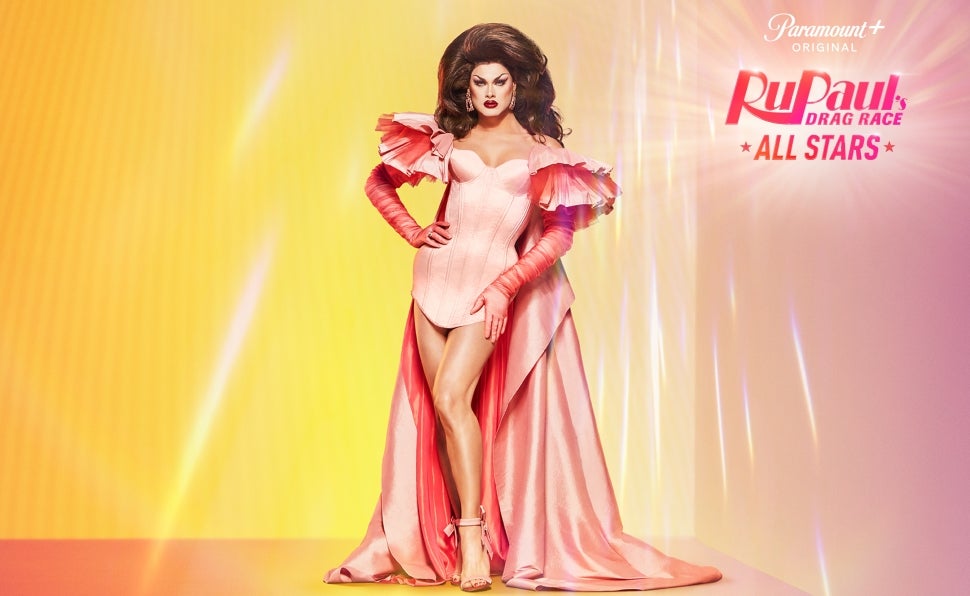 The world wants New York’s Scarlet Envy and the feeling is mutual. In season 11, this lanky lady won over audiences with her Southern charm and joyful personality. A proven actress, Scarlet struggled in dancing challenges… Can she step it up enough to prance all the way to the Hall of Fame? 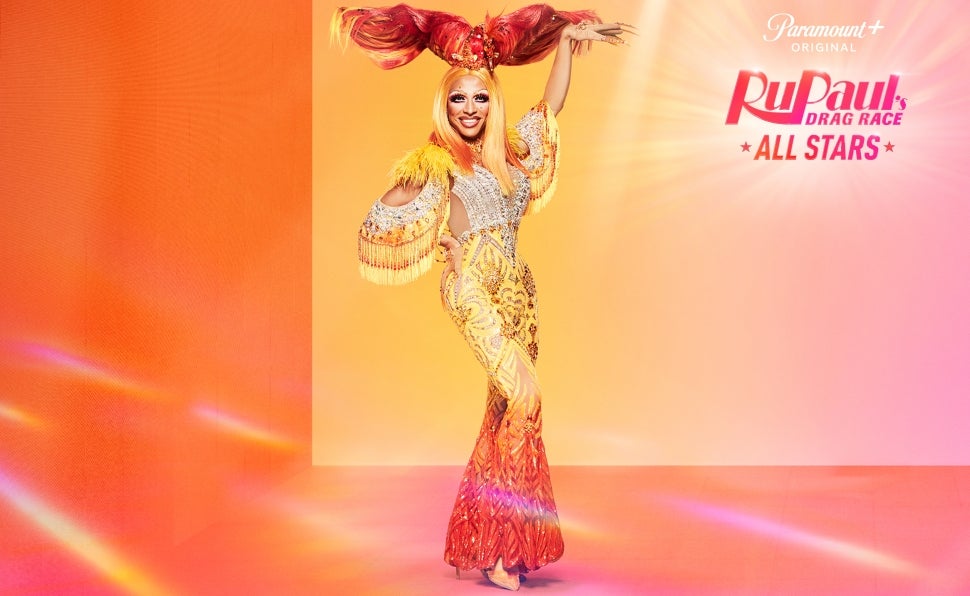 Fresh out of art school, Serena ChaCha stirred up lots of Untucked drama in season 5. Officially! She exited early on, but in the years since, Serena’s found success with her own wig business and as a makeup artist. Now she’s back to school the queens again – on her way to the Hall of Fame. 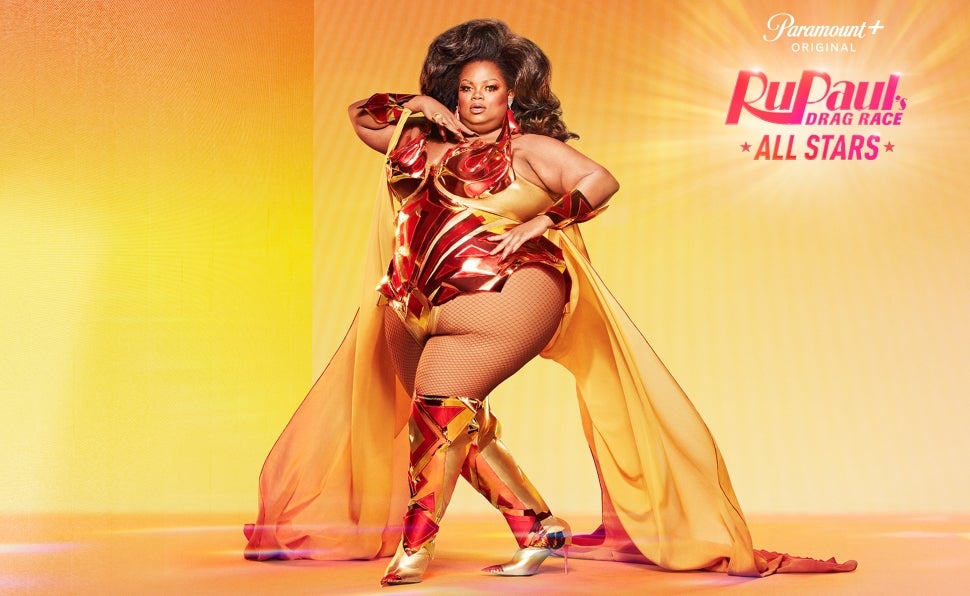 Can we get an “amen?” The Reverend Doctor Silky Nutmeg Ganache is back to claim her crown! This charismatic Top 4 finalist from season 11 fills a room with her exuberance and attitude. Since Drag Race, she launched a YouTube cooking series… Does she have the recipe to win All Stars 6? 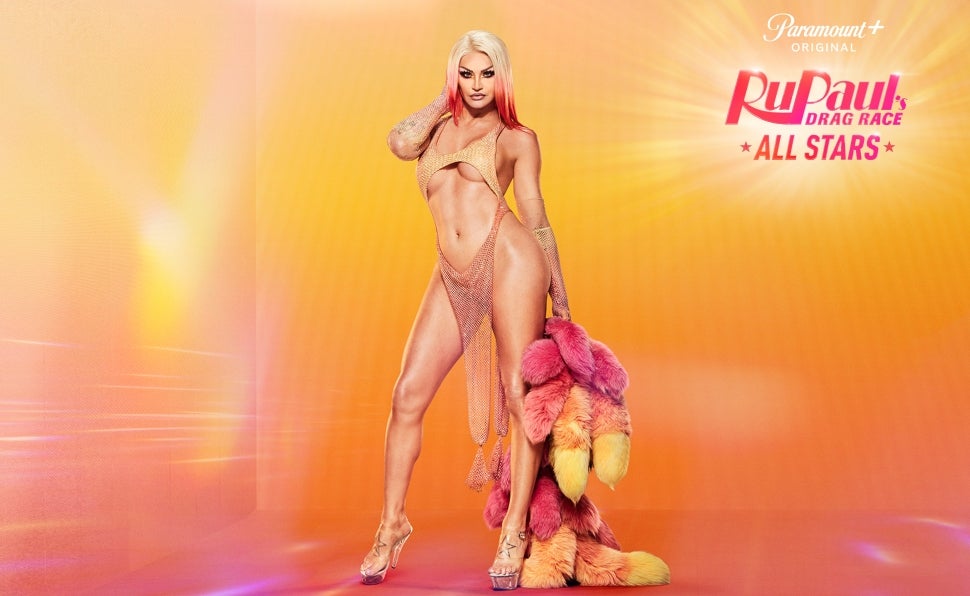 This season 2 glamazon is known for her buxom beauty, her talent for tumbling and for solidifying her status as one of L.A.’s legendary queens. Last seen in the Drag Race Holi-Slay Spectacular, Kylie is ready to show the world she’s in it to win it. Everybody say “Love!” 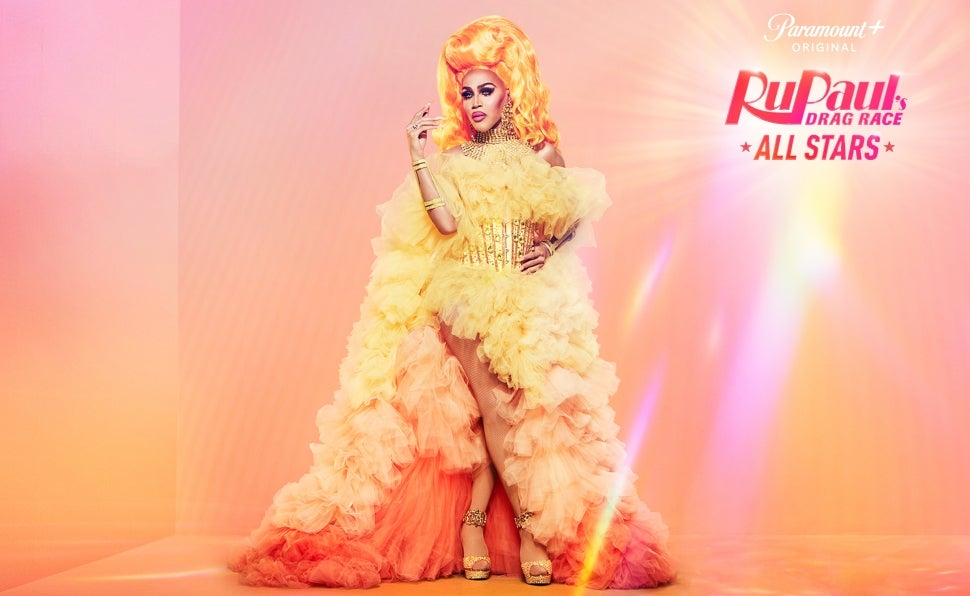 From the A-T-L, Miss TKB is known for her killer lip-sync skills, including a flawless Beyoncé. A memorable force in season 6, she brought Ru to tears when she overcame her inner saboteur in the stand-up comedy challenge. Will Trinity get the last laugh by slaying her way into the Hall of Fame? 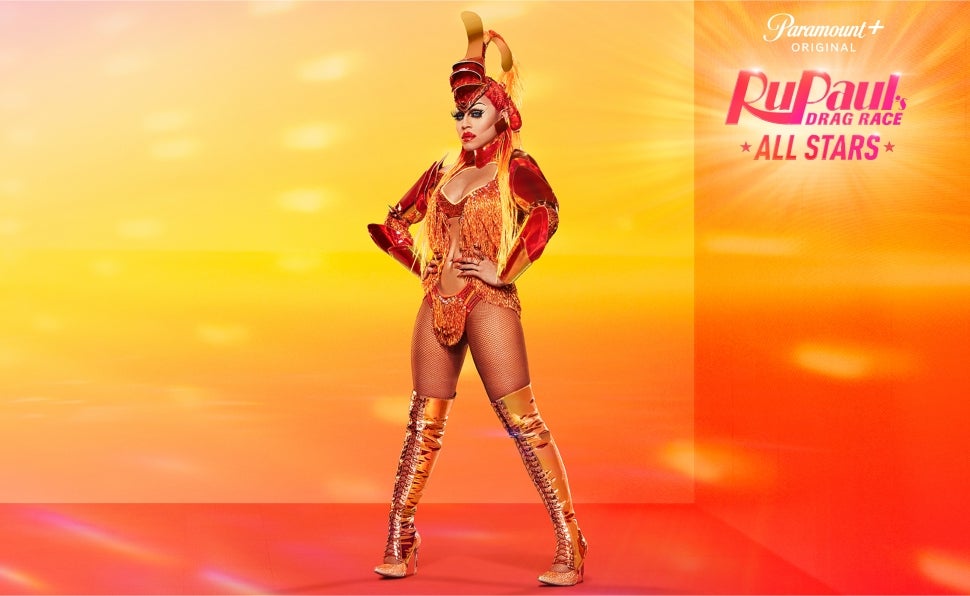 A season 3 standout, Yara Sofia took her rallying cry of “echa pa’lante” all the way to the Top 4! Known for her quirky humor and free-spirited nature, this beloved Puerto Rican showgirl took home the title of Miss Congeniality — and had a strong showing in All Stars 1. Is it time for this Vegas-based queen to hit the jackpot?

RuPaul’s Drag Race All Stars 6 is streaming on June 24 on Paramount+.