NBC’s coverage of Sunday Night Football was an obvious winner for primetime, the same way the New Orleans Saints were the clear conquerers of the latest NFL game.

Earning a 3.6 rating in the 18-49 demo and 14.13 million viewers in fast affiliates, SNF was the highest-rated and most-watched program of the evening. SNF, which saw the Saints dominate the Tampa Bay Buccaneers 9-0, fell slightly from the previous week’s game, featuring the Chicago Bears and Green Bay Packers (4.0, 15.06M). Following SNF, other sports-related content lead the pack. Fox’s The OT (2.6,10.26M) came in second, followed by Football Night In America (2.4,9.86M).

CBS premiered yet another holiday movie special with Christmas Takes Flight in the 8 p.m. hour (0.4, 3.31M). The latest holiday television movie was steady from last week’s A Christmas Proposal (0.4,4.18M).

ABC had a quiet night with a showing of The Sound of Music (0.3, 3.18M). The CW had an even quieter Sunday evening with both Legends of The Hidden Temple and The Black Pack: We Three Kings earning 0.0 demo ratings. 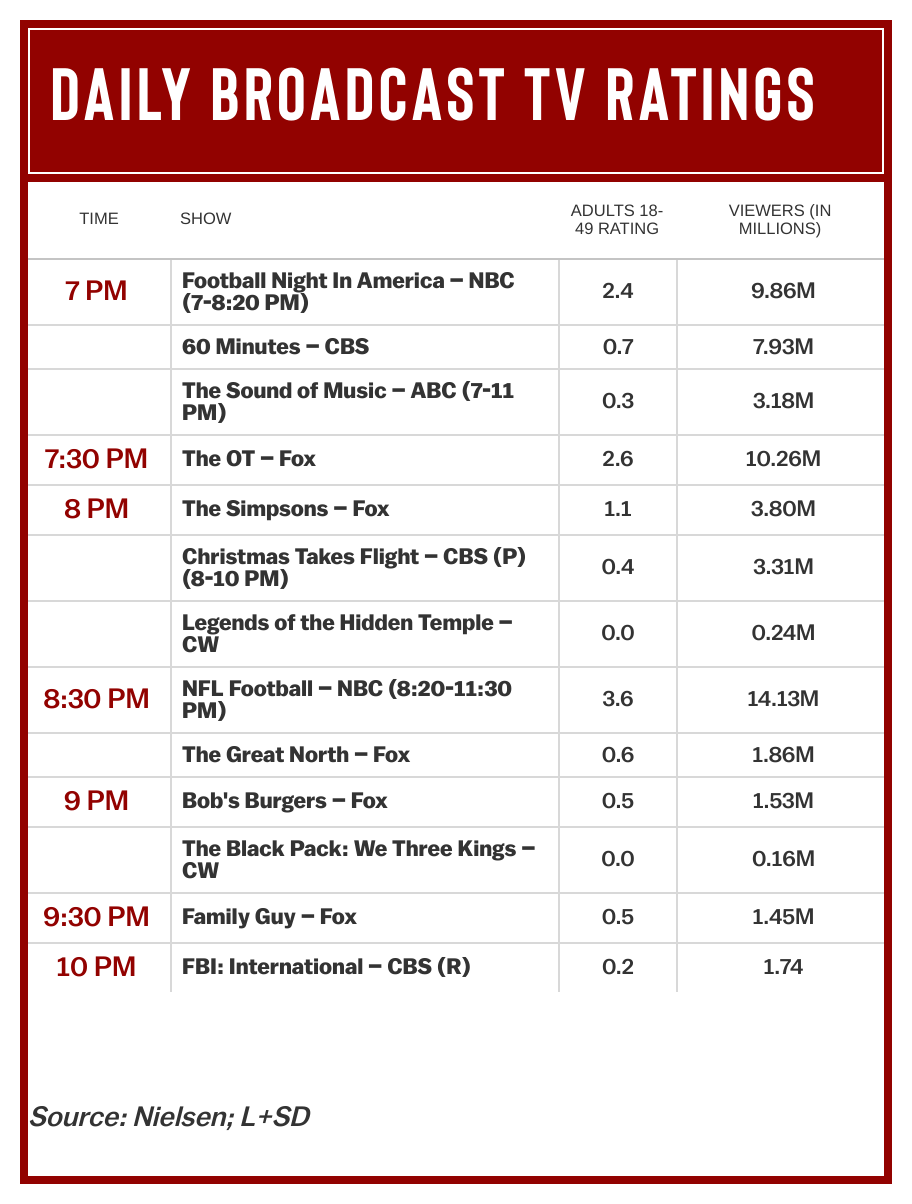 Oscars International Feature Shortlist: Which Films Could Make The Cut