Netflix’s new show Selena: The Series may be centered on the titular musician, but within minutes of the first episode, it’s clear there would have been no “Queen of Tejano Music” without the support of her loving, and often, exacting father, Abraham Quintanilla.

As a musician himself, Quintanilla not only had an ear for musicality but also had high standards. He rallied his three children, Suzette, A.B. and Selena, for regular band practices; encouraged them to perform at Papagayo’s, the Mexican restaurant he ran with his wife Marcella Samora, before it closed amid the 1983 economic recession; and drove them to gigs, where they started to garner recognition.

Without Quintanilla and his enduring belief in his daughter, the world may have never been exposed to the “Bidi Bidi Bom Bom” star, whose music still resonates 25 years after her tragic death. Quintanilla, along with other family members, has been working tirelessly to preserve Selena’s legacy, including by advising on the series.

While Quintanilla is primarily known for being a stage father who fostered his daughter’s career, he was also a musician in his own right. In high school, Quintanilla joined a musical group called the Gumdrops, according to Joe Nick Patowski, author of the book Selena: Como la Flor. However, he dropped out in his senior year to pursue a career in music.

Not long afterwards, he joined a band called Los Dinos, which released its first single “So Hard to Tell” in 1959. The group achieved success with the single, which was regularly played on KEYS, a Corpus Christi, Texas radio station, and a follow-up hit called “Give Me One Chance.” Despite the songs’ growing popularity, the group often faced discrimination because its members were Mexican. On at least one occasion, a club owner refused to pay them after discovering they weren’t Italian, as he’d originally believed, a scene depicted in the 1997 film Selena, which Quintanilla executive produced.

Quintanilla isn’t only a musician, he’s also a veteran. In 1961, he was drafted into the military, per Patowski’s book. He met Selena’s mother while stationed at Joint Base Lewis-McChord, near Tacoma, Washington. The couple got married in 1963.

Ricardo Antonio Chavira, who portrays Quintanilla in the Netflix series, makes reference to Quintanilla’s military service numerous times, such as when he’s coaxing A.B. to rifle through the trash for peach cans to develop makeshift lights. 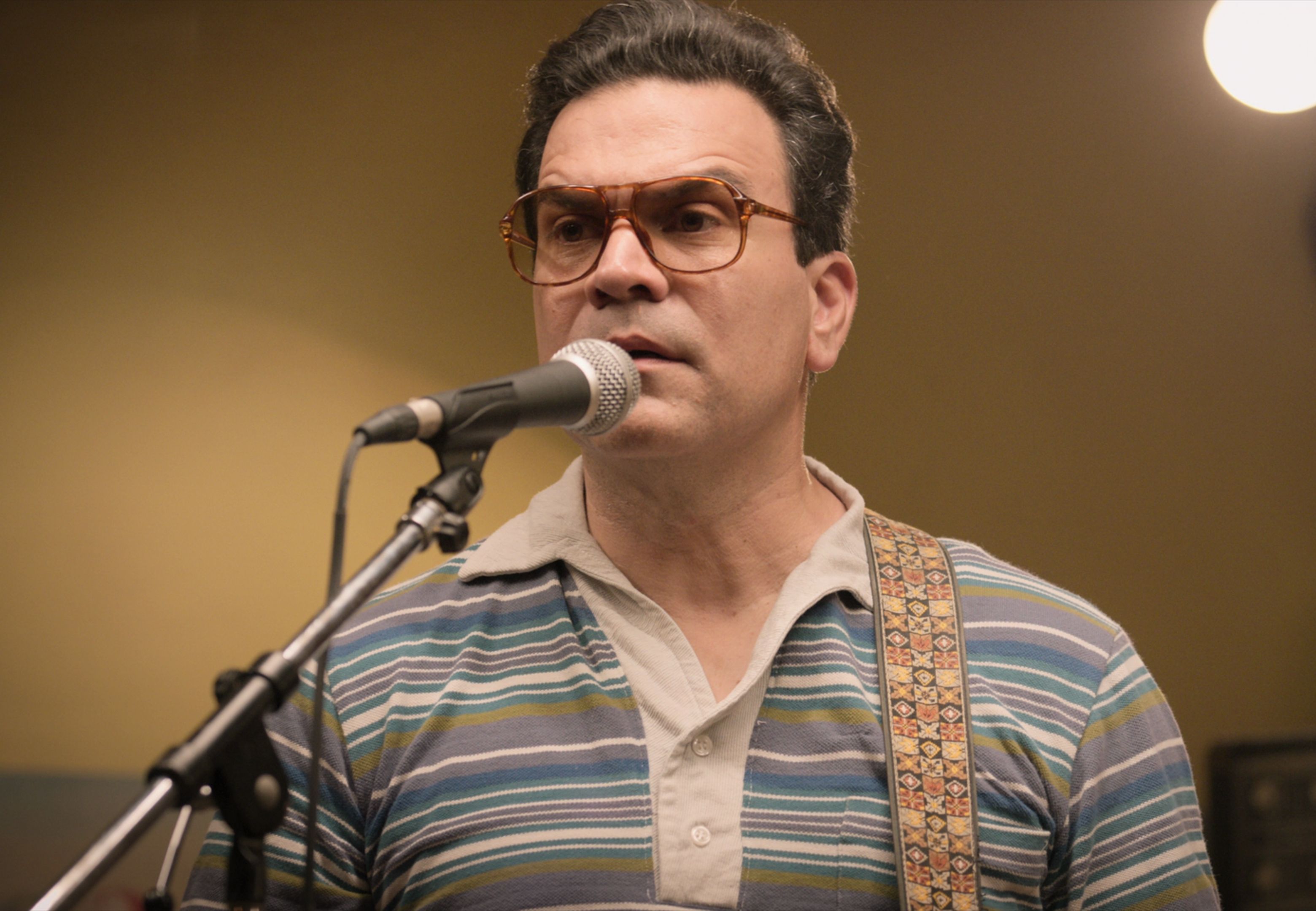 3 | He released several albums with Los Dinos after his military service.

Quintanilla’s time in the military postponed his music career, but it didn’t end it. After his service, he rejoined Los Dinos, after which the group released several albums, including Los Dinos, Con Esta Copa, and The Dinos. The band once again achieved some commercial success, by Patowki’s account, but their popularity was beginning to fade in the late 1960s and Quintanilla subsequently quit the band.

The father of three put music aside to work at Dow Chemical and open up the aforementioned Papagayo’s to support his family. 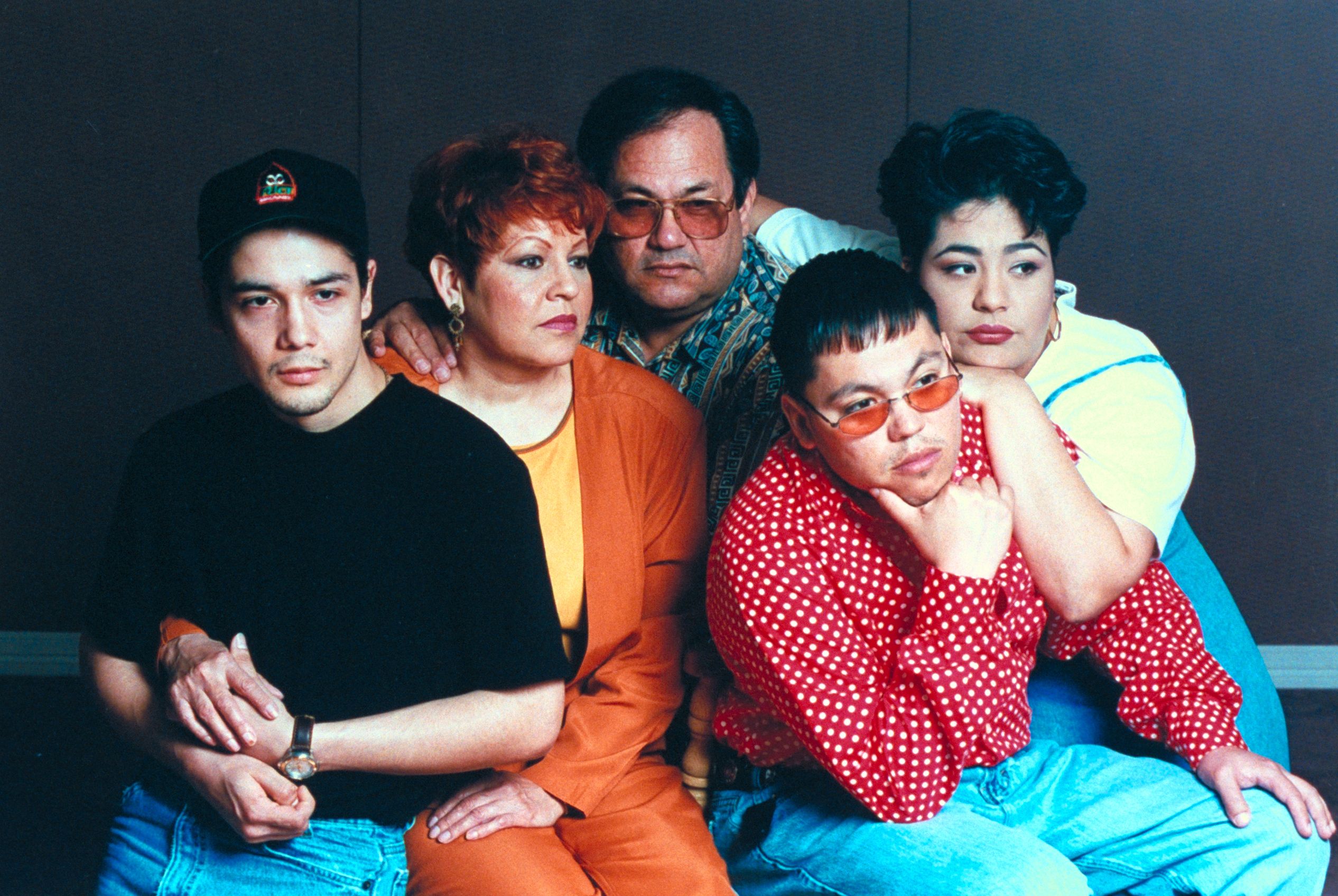 4 | He discovered Selena’s vocal talent while teaching his son to play guitar.

In the Netflix series, Quintanilla discovers Selena’s vocal talent while overhearing her sing as she attempts to catch fireflies in a jar, but in actuality, he realized Selena’s gift while he was giving his son a guitar lesson. According to Patowski, Selena came into the room during the lesson and began singing alongside her father and it was then Abraham realized Selena’s natural aptitude for music.

Quintanilla formed a new band with Selena as the lead singer, called Selena y Los Dinos. At first, he performed alongside his children, but eventually he embraced a full managerial role. Quintanilla facilitated the band’s performances, which occurred everywhere from street corners to weddings.

The band signed to Freddie Records and released their debut album in 1984. Selena released her first solo album five years later. Her fifth and final studio album Dreaming of You, which was released in 1995, was the first predominantly Spanish-language album top the U.S. Billboard 200 chart and remains among the bestselling Latin albums of all time, per Billboard.

5 | He finished writing a book about Selena in February.

Quintanilla, now 81, announced in February that he had finished writing a book about Selena with ghostwriter Nancy De Los Santos, who was a co-producer of the Selena movie.

“Today I finally finished the last chapter of my book that I have been writing for the last few months,” Quintanilla wrote on Facebook. “Since my daughter Selena died, I was wanting to write a book.”

He added that there have been more than 20 “unauthorized” books about Selena’s life and that he wanted to set the record straight since none of the authors had actually interviewed Selena. He took particular issue with Maria Celeste Arrarás’s book Selena’s Secret: The Revealing Story Behind Her Tragic Death, which he felt was overly sympathetic to her murderer.

“My family and I and Chris Perez [Selena’s husband] know exactly what happened,” Quintanilla wrote. At the time, he said he planned to release the book “later this year.”

After Selena’s death, Quintanilla started The Selena Foundation, a charity dedicated to helping children in crisis. He remains involved with the charity and continues to produce music through his Latin music record company, Q-Productions, which he founded in 1993.