Four simple words have rarely been so powerful and meant so much. After a meeting with her Aunt Jackie (Elizabeth Perkins), Camille (Amy Adams) caught up with the viewers watching at home and realized what her mother, Adora (Patricia Clarkson), had done: She poisoned and killed her long-dead sister, Marion; she’s poisoning and killing her rebellious half-sister, Amma (Eliza Scanlen); and she may have poisoned and killed the other little girls in Wind Gap.

That’s a lot to take in, and given how much Camille already went through this episode — a painful connection with another grieving sibling, sex with her clothes off (scars exposed), and some harsh words from her closest ally, Richard (Chris Messina) — she handles the news pretty well. Yet setting aside what state Camille will be left in at series’ end, those watching at home should’ve responded pretty well, too, and that’s a credit to a season’s worth of savvy buildup. So much happens in the penultimate hour, and it happens fast, but the audience is with Camille every step of the way because of how beautifully structured “Sharp Objects” has been. And more than plot, there are thematic implications as well; enough to spend the next seven days and beyond unpacking each one. 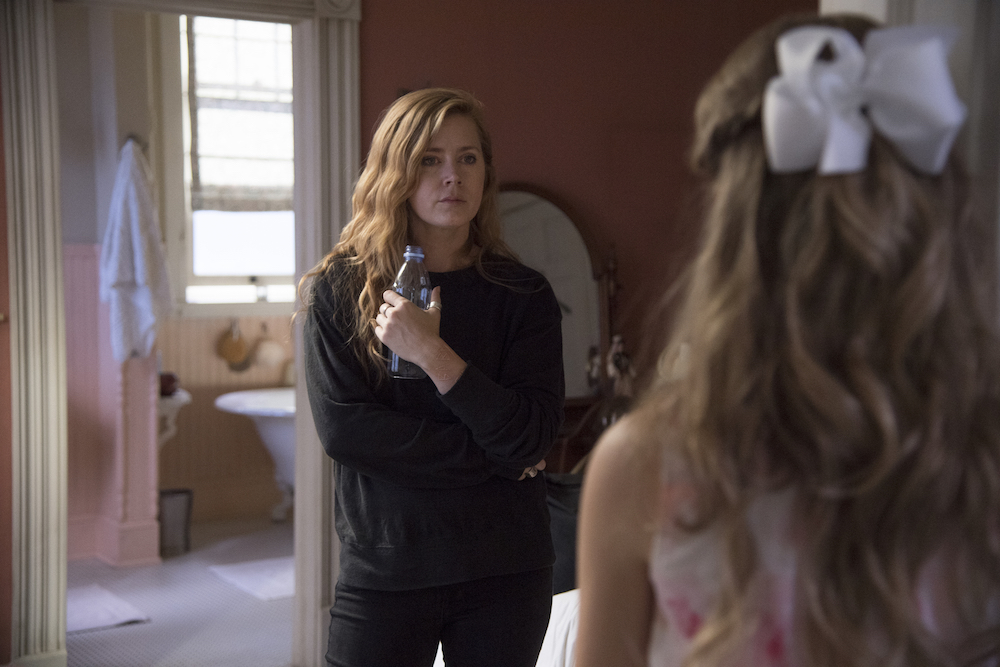 The killer, the motive, Camille’s personal connection to both: all that information doesn’t come crashing down at once. “Sharp Objects” takes as much time as it can spacing out the key evidence and the confirmation. Gillian Flynn, Marti Noxon, and Jean-Marc Vallee share the motive and suspect first, when Richard meets with Marion’s former nurse, then they allow Aunt Jackie to speak on behalf of the family — and break the harsh truth to Camille. A revelation of this magnitude — tying together the series’ murder-mystery and Camille’s personal odyssey, which were thought to be largely separate up until now — could’ve gone off the rails; it could’ve been such a whopper, viewers would roll their eyes instead of gasping in horror.

Instead, the culmination proves emotionally resonant and makes for one juicy twist. Moreover, because the series is more focused on following Camille through to the end than unveiling its killer, the fact that the show pretty much solves the mystery with an episode left to air isn’t a deterrent; everyone should be invested in Camille (not to mention poor, suffering Amma) enough to eagerly anticipate her ultimate showdown with Adora. (That there are still other questions to be answered helps, too, such as what Alan’s role was in all this.)

As tempting as it is to start the hype for next week, let’s take a second to admire the specific artistry that got us to such an exciting precipice. The pre-titles opening is so spooky, but also quite telling: Camille looks into the dollhouse and sees something moving; there’s something out of place, something scary, inside her house. That it’s all part of her dream only illustrates how her subconscious is trying to tell her something — similar to the end of last week’s episode when a little girl (presumably Marion) whispers to Camille as she’s falling asleep, “It’s not safe for you here.”

As soon as Camille wakes up, Adora is sitting there, like a hawk watching over her roost, making sure her baby doesn’t leave the nest. That her attempt to coddle Camille into submission proves unsuccessful causes two reactions: First, she twists Camille’s anger, be it out of conscious, vengeful anger or a subconscious pinch of a swollen spot. Next, she overdoes it with Amma, pulling out every trick in the book to get her youngest child to do as she pleases. But before Adora maliciously mutters “you don’t need me to make you grilled cheese,” the audience is clued into why she’s behaving that way. 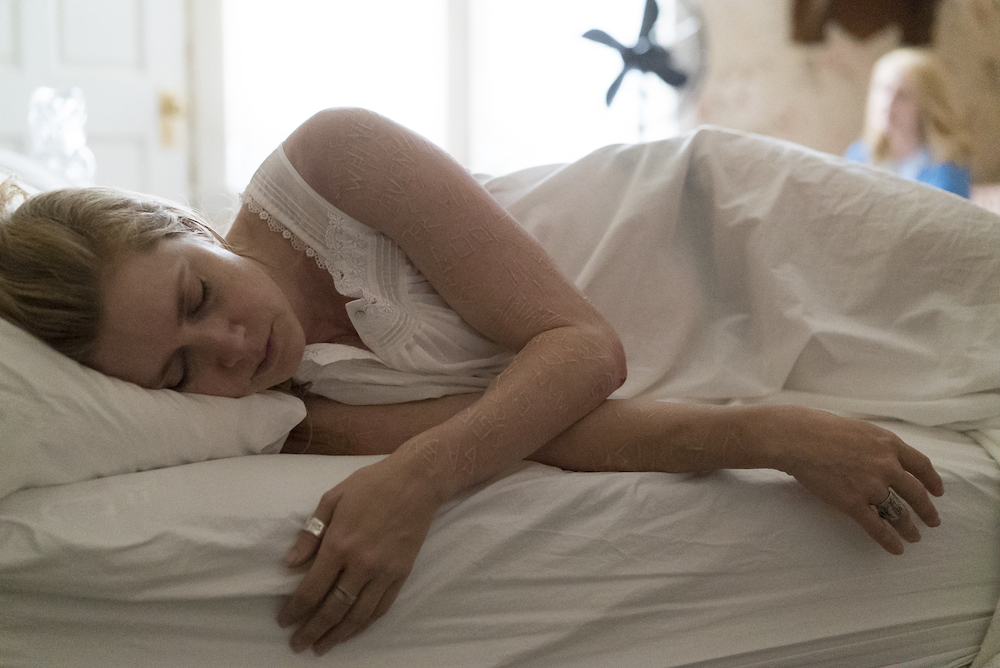 “Munchausen’s by proxy syndrome,” the nurse tells Richard. She explains that it’s a mental illness in adults, typically mothers, where they make someone else sick so they can nurse them back to health. But the real prize is the sympathy and adoration of others; they want to be seen trying to help people because there’s “nothing more laudable than a woman who puts all her energy into her sick child.”

“I’m saying people have this,” the nurse says pointedly, and after a few more words Vallee cuts to the aforementioned scene so we can see Adora in action. It’s what he’s done well all season: flashing to bits of information that serve as tone-setters yet add up to so much more. Here, a simple edit serves as the next step in revealing the mystery. From that point forward (approximately 10 minutes into the episode), it’s clear what the Crellin family matriarch has been up to, but it’s not until a half-hour later that Camille is clued in. “You don’t like my bloodies,” her aunt says, “that’s cause they’re shitty, I know. But every time I ask you to drink it, you do.”

“Why is that?” Camille asks, knowing the answer already.

“It’s easier,” Jackie says. “You made it hard — harder on yourself, harder on Adora. Marion made it easier.”

Sometimes it’s good not to make things easy, especially if you’re a woman in America, a woman in Wind Gap, or Camille inside her mother’s house. “Sharp Objects” drove that point home in Episode 7, plus many more, and its resonance will last far beyond next week’s finale.