AN ELEPHANT SITTING STILL (230 minutes; Saturday, August 18): "Life just won't get better," a school principal casually tells a teenage student in this titanic neo-realist drama, which is set in a smoggy northern Chinese city – as much an abandoned building site as a place to live – where the various characters are tied to lives that offer casual cruelty instead of the chance to escape. The camera perches on their shoulders, while tight focus often cuts out the second person in a scene to illuminate the disconnection; it's a grim world, with bleak humour and despairing violence, captured by director Hu Bo (who subsequently committed suicide in 2017). Intentions don't matter in this depiction of forgotten working-class lives and there are scenes where the intensity reaches a shuddering peak: a lengthy tracking shot down the hallway of a retirement home feels like a slow-motion explosion.

THE INSULT (112 minutes; Friday 10, Thursday 16, and Sunday, August 19): The intractability of division is captured by this uneasily satirical drama, which depicts contemporary Lebanon as a country where the sectarian fissures are barely papered over. When Christian mechanic Tony Hanna (Adel Karam) takes umbrage at repair work to his property done as part of a civic improvement by Palestinian engineer Yasser (Kamel El Basha), their clash escalates into a feud that teeters on the edge of history-laden violence. Neither man can admit they're wrong, and while their courtroom feud turns into voluble debate, what emerges is how organisations and movements naturally escalate issues into battles to mobilise their readily engaged supporters. Grievances nourish both men, and director Ziad Doueiri makes that part and parcel of a Beirut that's an urgent, complex city with too many memories. 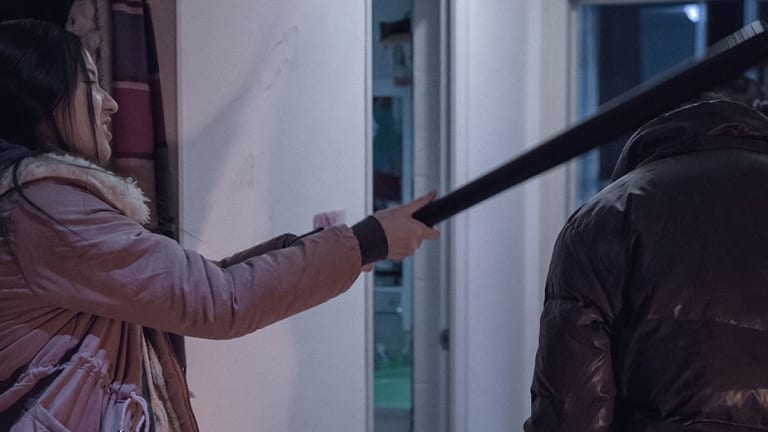 OVER THE LIMIT (74 minutes; Sunday, August 19): MIFF has a fascinating collection of sports-related documentaries this year, but it's difficult to imagine any of them landing a more startling, brutal blow than Polish filmmaker Marta Prus' depiction of Russian rhythmic gymnast Margarita Mamun's career. First seen finishing second at the 2016 world championships, the 20-year-old receives lacerating verbal abuse from her head coach (who happens to be the wife of Russia's richest man) and is alternately criticised and cajoled by her personal coach. Greatness is defined by graceful supremacy, but the workload is unrelenting and the system demands absolute dedication. Without narration or interview, Prus captures the physical and mental boundaries that Mamun projects around herself, with moments of release that are tenderly genuine interspersed with a pressure-laden environment, leading up to the 2016 Olympics, that suggest the young woman is a celebrated prisoner biding her time.

STRANGE COLOURS (85 minutes; Wednesday 15 and Friday, August 17): From the quietly exhilarating first cut – the pristine night sky above to an otherworldly mechanical excavation below ground – Alena Lodkina's debut feature reveals a natural filmmaker who brings her own vision to the Australian landscape. When Milena (Kate Cheel) arrives in the outback NSW opal mining town of Lightning Ridge to visit her ailing, estranged father Max (Daniel P. Jones), she finds a community of damaged male exiles, loners whose masculinity answers to the solitary pools of light and science-fiction mine remnants that cinematographer Michael Latham masterfully captures. The pair's relationship is fractured, but the film's moods avoid easy peaks and troughs, instead "digging along the fault line", as one character describes their mining technique. It's an impressive first film, with traces of Claire Denis' possessive intimacy.