SIMON Cowell looked the epitome of health as he went for a topless stroll on the beach with his dogs in Barbados.

The music mogul, 60, has been enjoying a sunshine break with his family and revealed his recent weight loss.

Simon was spotted out walking his beloved Chihuahuas topless along the idyllic shore.

The X Factor boss, who has recently lost 20lbs, was wearing just a pair of trousers to show off his toned tum.

Simon has been keen to show off his weight loss during his annual holiday with girlfriend Lauren Silverman, 42, and son Eric, five.

Today he looked happy and relaxed as he stopped to talk to locals as he went about his day. 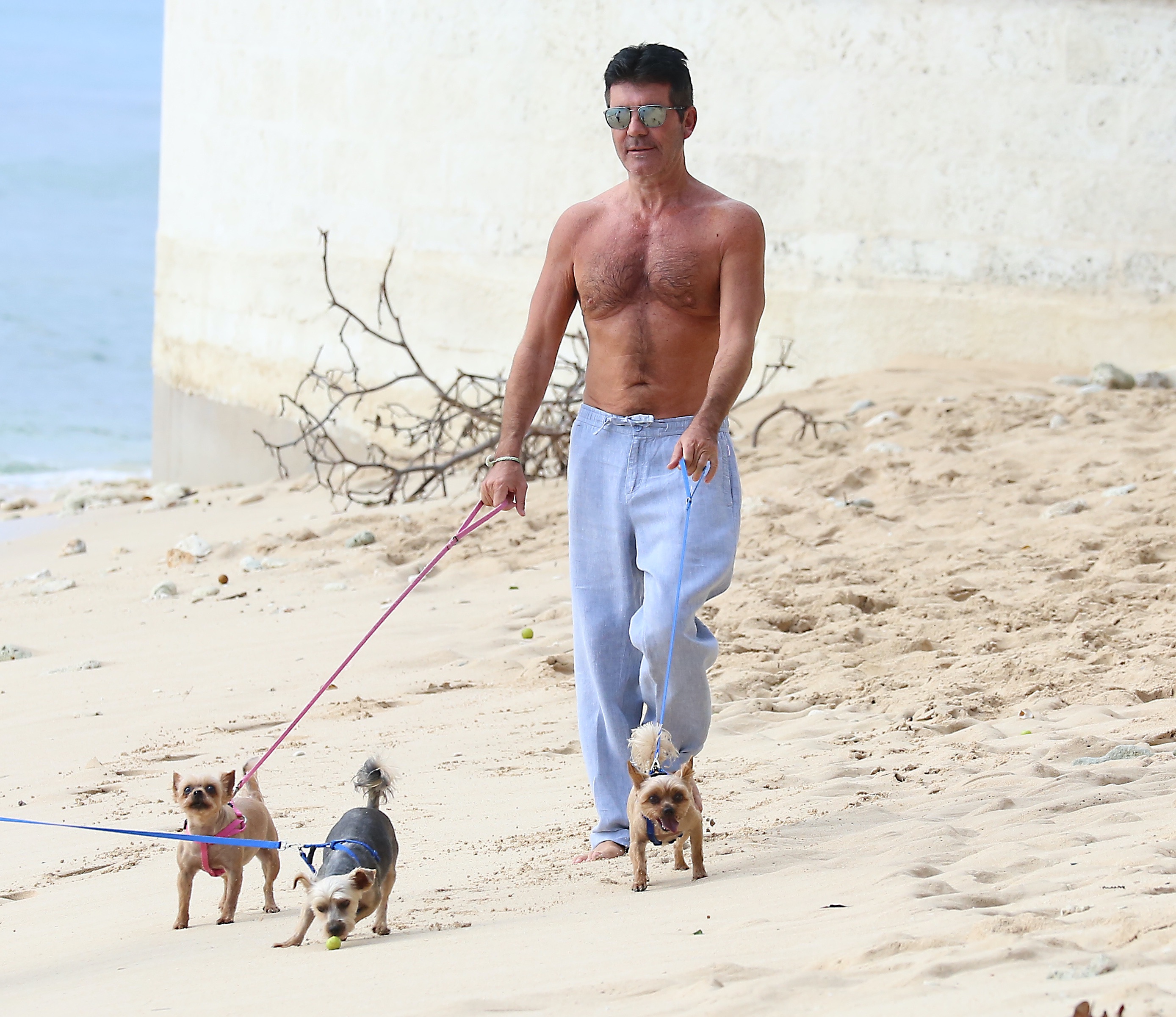 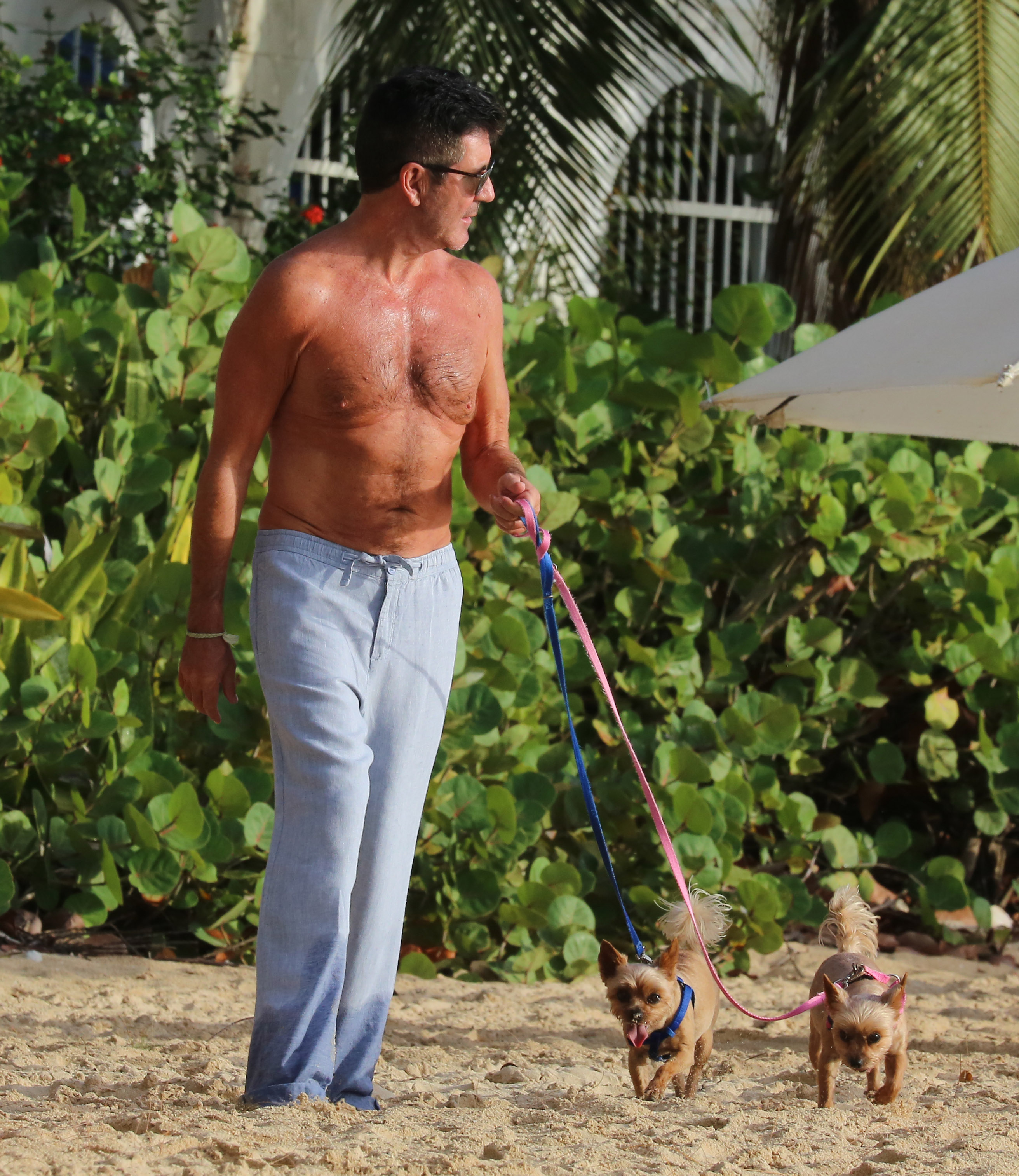 Si even had a go on a jet ski as he cooled off in the ocean.

Simon has admitted that despite being on a health kick, he is able to drink his favourite alcoholic beverage – Corona Premium Light.

In an exclusive chat with The Sun he said: “The most dramatic period was the first month where most of the weight comes off and you look at yourself and think ‘wow’.

“I used to be 36 inch waist and now I’ve lost four inches. I’m really happy now. You can drink this light beer but you’ve got to be sensible about quantities. I have loads more energy and feel great.” 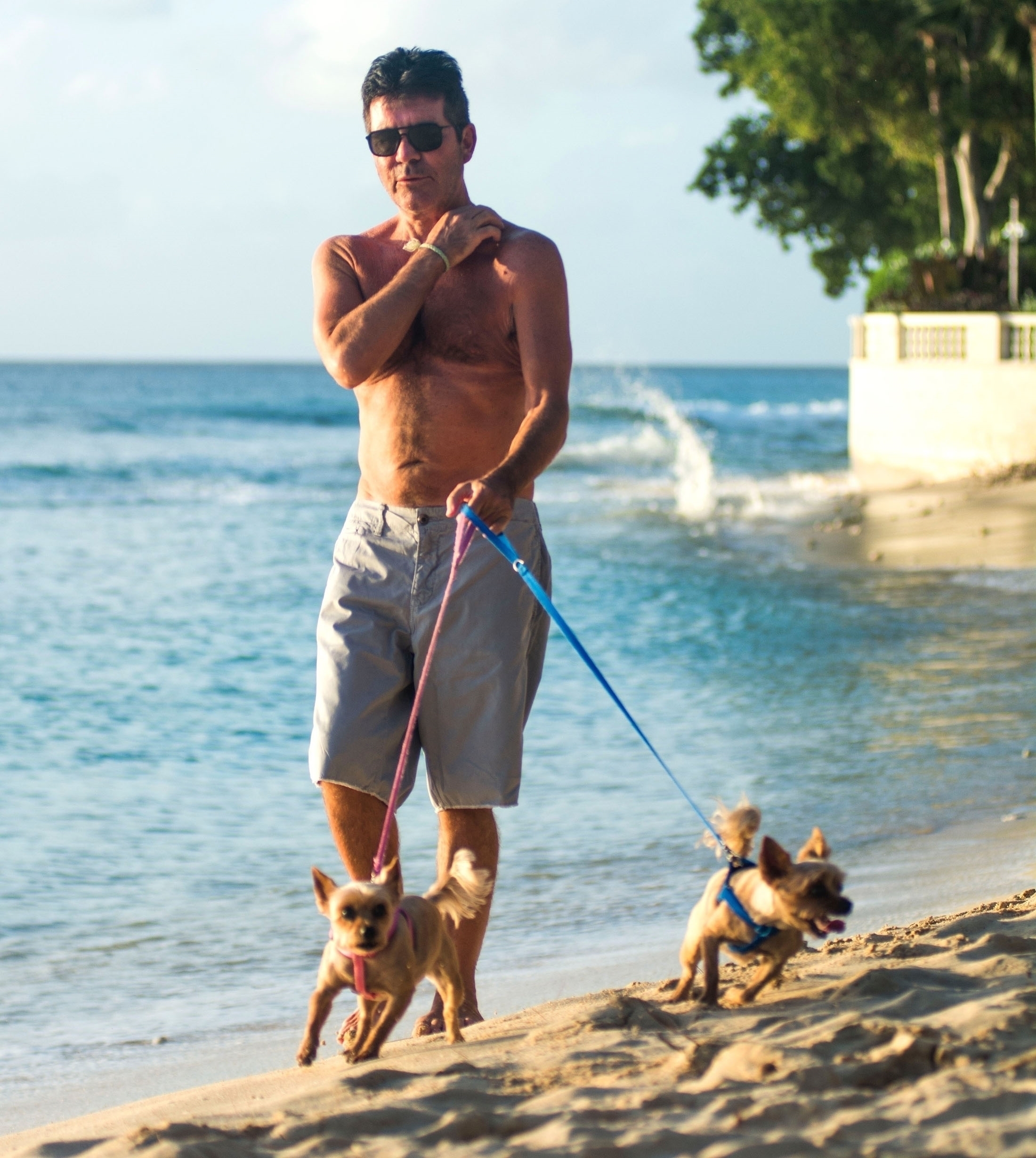 He overhauled his diet after suffering a fall on his stairs inside his London home October 2017.

Simon blamed his injuries on his unhealthy lifestyle where he “lived like a vampire” staying awake till 8am every morning. 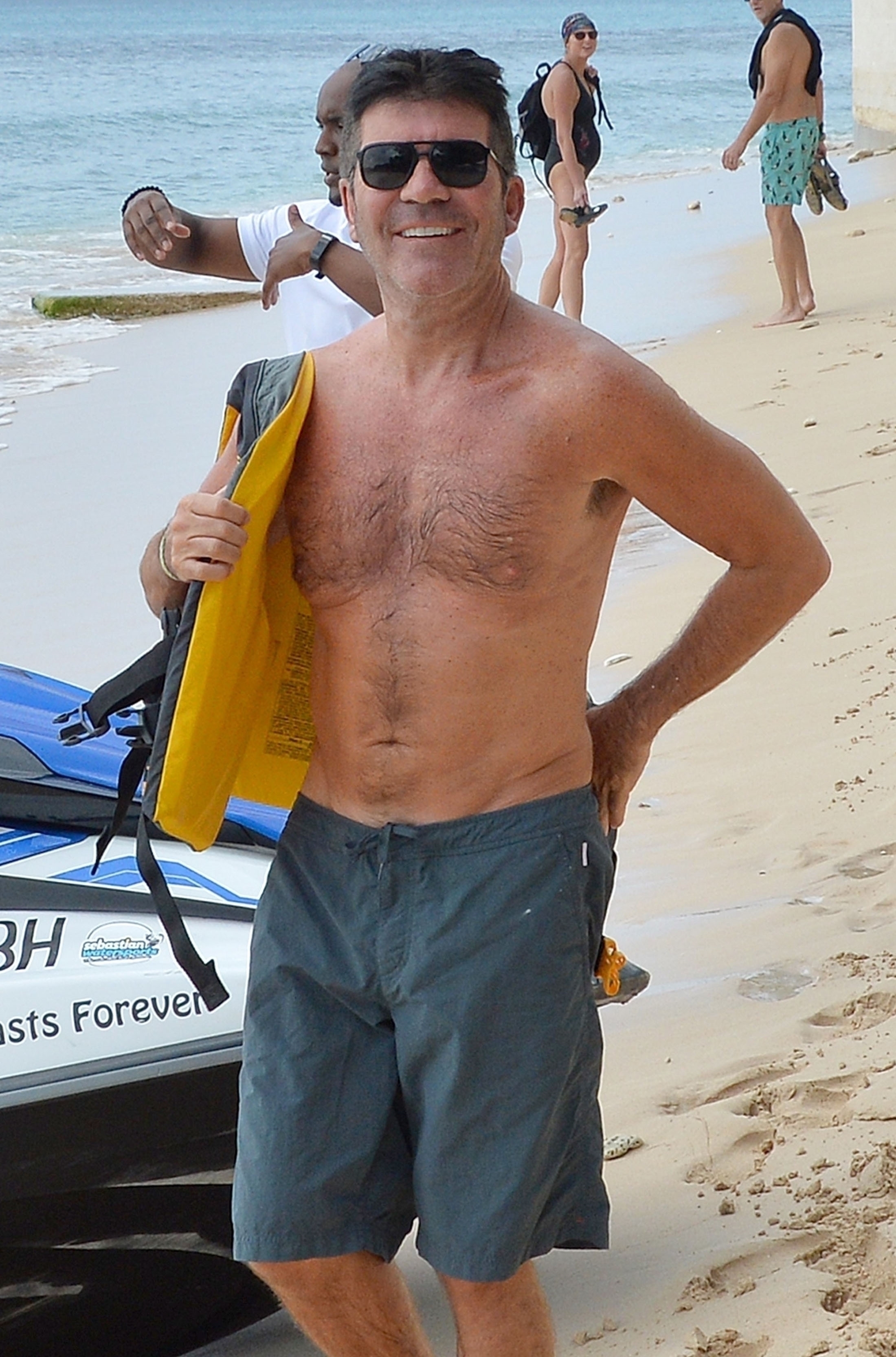 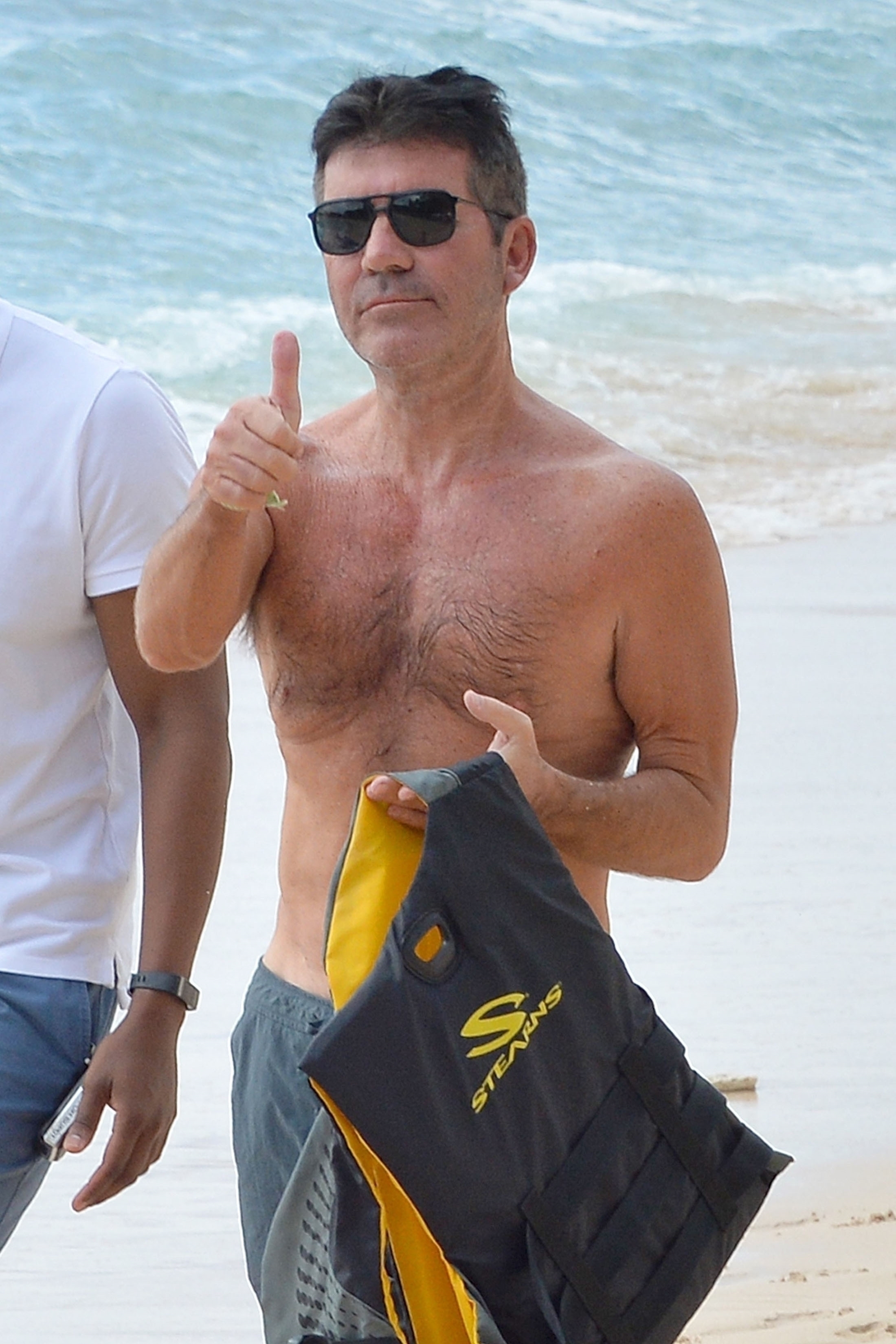 On his new diet, he explained: “All I do is avoid just red meat – white meat is fine – and I eat loads of vegetables, salads and drink this great beer

“If you’re on a diet you have to keep the food sensible, but it’s got to be interesting and tasty, then the diet’s surprisingly easy

"I’m on a diet but it doesn’t feel like it now because the food I eat is really healthy and I don’t find it tedious. If it’s boring you won’t stick to it."