“Now exactly how big is this algorithm?” asked the tech dinosaur Sen. John Kennedy of Louisiana, as played by Saturday Night Live’s Kyle Mooney, in the Congress mocking cold open of the NBC late nighter spotlighting the Facebook whistleblower hearings in DC this past week.

Straight out of C-Span and featuring  a healthy dose of SNL’s regular cast (though no Kate McKinnon for the second week in a row), the all over the map skit tossed in more than a few references to Netflix’s hit Squid Game in the Senators’ ignorance of the Mark Zuckerberg founded sprawling social media giant. Then there was a nanosecond savior in Pete Davidson throwing back to the My Space era as website co-founder Tom Anderson – but that blast from the past wasn’t enough to add meat to this thin gruel.

The overall truth is, for all the bells, whistles (yep, that was intentional) and talent on display, SNL’s opener skit wasn’t the sharpest portrayal of ex-Facebook employee Frances Haugen’s DC testimony this week. However, as an equal opportunity and bipartisan skewering of our digitally ignorant elected representatives, the cold open certainly tried to start a fire  – especially under Texas’ Ted Cruz.

Of course, this being SNL, there was a Zuckerberg cameo (silently from cast member Alex Moffat) and there were more rips on Cruz, a politician who often provides the set-up unwillingly himself in real life (Hello Cancun!)

“Is the dark web the same as Black Twitter?” asked Bryant’s Cruz to Gardner’s Hagen, earning scripted groans from the fictional Senators on screen. At least that line required a quick Google search to see if Sen. Cruz really said that — go on, do it. 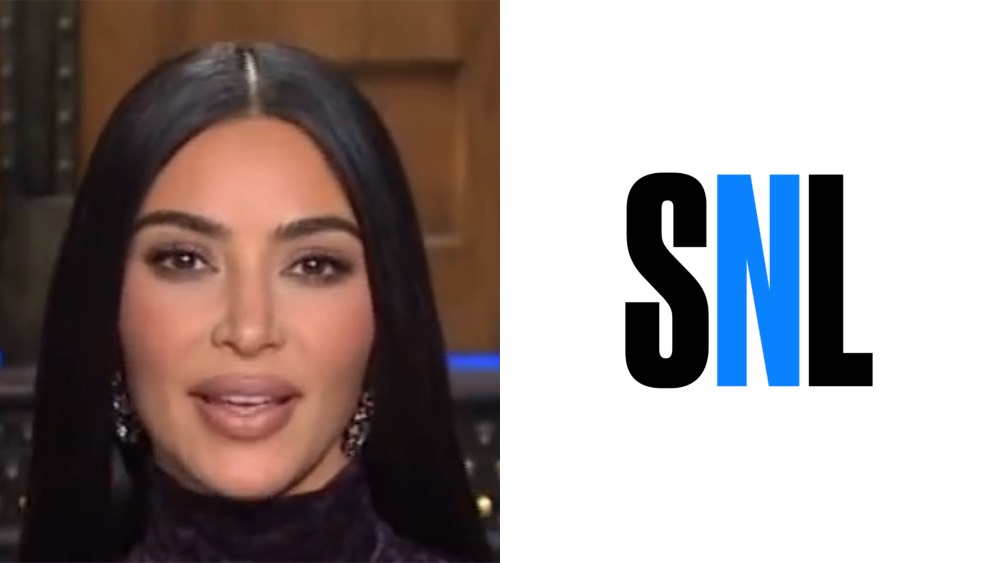 Hosted by first timer Kim Kardashian West tonight and with musical guest Halsey, the second show of SNL’s 47th season is likely hoping for a ratings rebound or at least not another drop, Facebook or not

Fronted by Owen Wilson, the season opener saw some hard numbers, hitting or matching lows depending on the metric being measured by Nielsen. For instance, as my colleague Nellie Andreeva noted, the October 2 telecast was even in households Live + Same Day ratings with the season lows achieved by the last duo of shows of Season 46. The Season 47 premiere was also down from the Season 46 low in 18-49 demo, a result hit by the final two SNLs of May this year.

Not a good look for the Lorne Michaels EP’d now convincingly middle-aged series. One that may be further tarnished by tonight’s second rematch between current WBC Heavyweight champ Tyson Fury and Deontay Wilder in Las Vegas on pay-per-view. Priced at $79.99, the main event in the trilogy battle the two champions have had going on since 2018 literally about to take place as SNL started tonight at 8:30 PM PT/11:30 PM EST – and that’s gotta hurt.

On the flipside, last week saw SNL swear in its true cast member Joe Biden with newbie James Austin Johnson playing the 46th POTUS. Once played by current Ted Lasso mainman Jason Sudeikis during his SNL stint back in the W and Barack Obama eras, candidate and then President Biden had previously personified on the NBC later nighter last year by a guesting Jim Carey and regular Moffat

Emmy winner Sudeikis, who just saw Ted Lasso Season 2 wrap up yesterday on AppleTV+, is back on October 23 to host. The ex-SNLer will be preceeded by Oscar winner and current Bond villain Rami Malek on October 16 ..,which figuratively is no time to die, if you know what I mean?