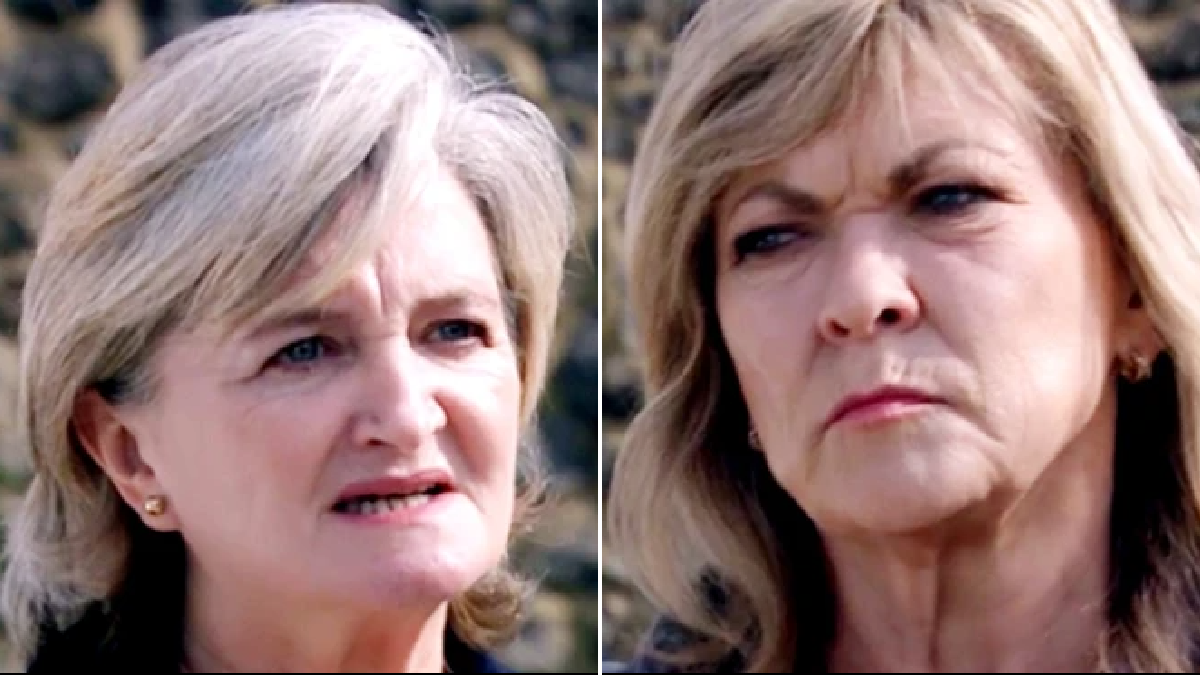 Tonight, as Charles (Kevin Mathurin) put the final touches to Andrea’s memorial service, Kim and a returning Will (Dean Andrews) were outside.

Still convinced Jamie would return for the service, Kim was desperately hoping a car would enter the village with her son inside.

To Will’s shock, a car did pull up, but Jamie wasn’t driving.

It was Hazel, Andrea’s mother.

In true Kim fashion, she wasn’t happy to see Hazel, but was prepared to put aside her opinion of Andrea’s mother for Millie’s sake.

After saying the memorial, Hazel and Kim were outside talking about their granddaughter.

Kim was adamant Millie would remain under her care at Home Farm, but Hazel dropped a huge bombshell – Andrea named her mum as Millie’s legal guardian before she died.

Kim was stunned, knowing she probably doesn’t stand a chance when it comes to a custody battle.

Fighting a losing battle, will Kim be forced to say goodbye to Millie forever?