Overwhelmed by the number of options available on various streaming platforms? Don't be – we've picked six new or returning shows and reviewed them, so you can get straight to the good bits.

This exuberant comedic history series seeks to ram extraordinary Australian women into their rightful places in our historical consciousness. The brainchild of writer-director-actor sisters Hannah and Eliza Reilly, it makes its intent plain from the outset.

The first scene involves a stuffy old man in a stuffy old study droning on and on about how history has been "hand-carved from the rock of time by the achievements of great men, brave, strong men" et cetera, et cetera.

He's suddenly, rudely removed from the screen and replaced by the sisters Reilly, who are busy assuring us that history was in fact full of "tough-titted ladies who hiked up their petticoats and fly-kicked down the doors of opportunity".

Foremost among them here is war hero Nancy Wake – a woman who, we're reminded, was "a hard-core Nazi-killing machine who could sink piss like a champ".

Actor Cecilia Morrow – herself a veteran of everything from Chekhov to Shakespeare – invests Wake with a deadly intensity that works well when she's killing Nazis and even better when she and the Reilly sisters are ogling the hunky, bare-chested young men of the French Resistance. 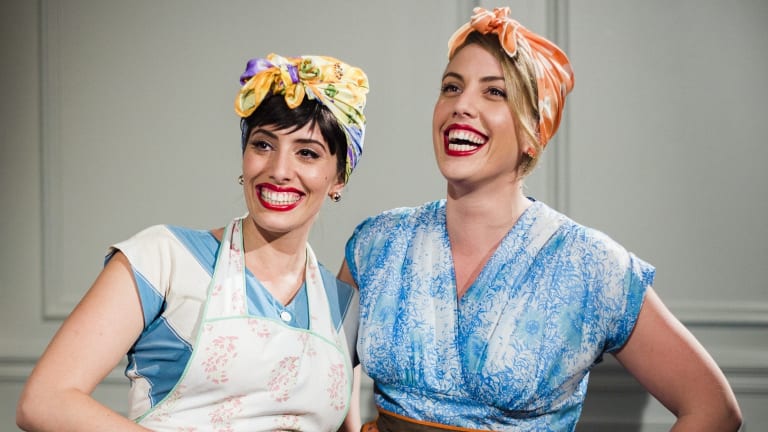 Writer-director-actor sisters Hannah and Eliza Reilly are the creators of Sheilas.

Needless to say, this is no traditional narrative. Scene-setting archive footage is edited in frantic style, the fourth wall is nailed to the floor, and no sooner are we told that Wake's famous life-and-death bicycle ride was like "a three-day spin class surrounded by actual Nazis" than we cut to a stylised shot of Morrow's Wake in a spin class surrounded by actual Nazis.

Such surreal anachronisms and visual gags are a feature throughout Sheilas' four short episodes.

They reach a peak, perhaps in the forthcoming instalment about indigenous single-mother bushranger Mary Ann Bugg, who is played magnificently by Megan Wilding.

The horses ridden by Bugg and her drippy boyfriend, Captain Thunderbolt (Bondi Hipsters' Christiaan Van Vuuren), will linger long in the memory. 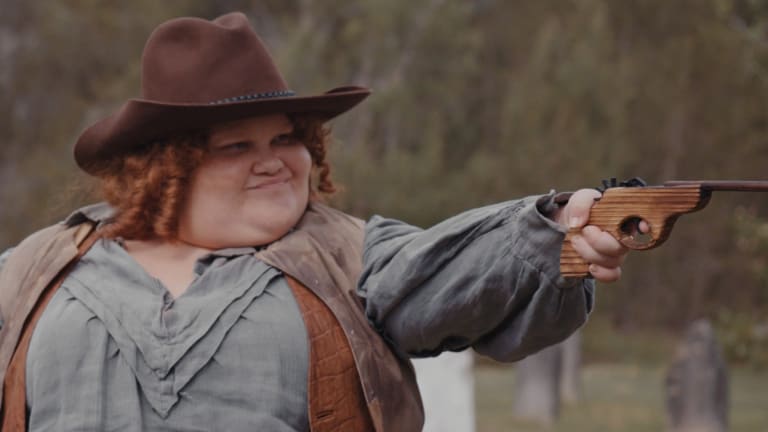 Episodes about Olympic trailblazer Fanny Durack and women's-rights legend Merle Thornton (mother of Sigrid) round out a delightful little series that will be over all too quickly.

Not everyone will be comfortable with the Reillys' enthusiastically coarse approach to the subject matter – the series could certainly have done without most of its many F-words – but it's admirably educational and highly creative in every aspect.

Viewers left hungry for more should move on to the very different but similarly spirited Drunk History on Stan. 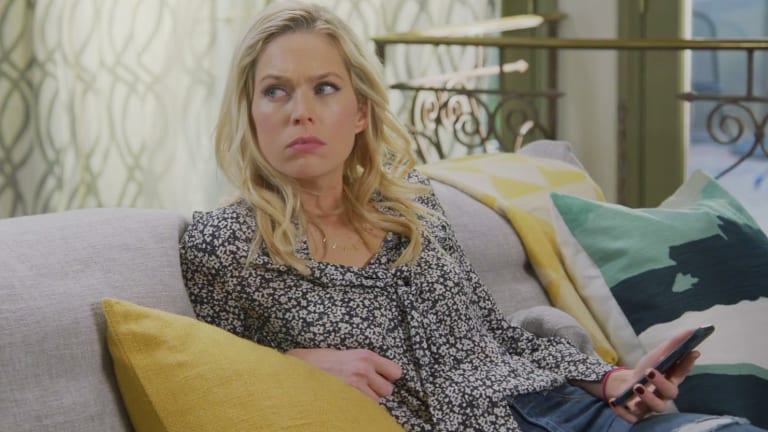 The second season of this whip-smart and seriously funny satire, in which real-life actors Sara and Erin Foster pretend not to be making a reality show, is just as much fun as the first.

We find Sara basking in self-satisfaction and a new boob job, while Erin is desperate to get a writing job.

"Weren't you offered, like, Celebrity, like, Rehab?" Sara asks. "That's not a job, though," Erin deadpans. "That's a criticism of my lifestyle choices."

The Fosters' close friend Jessica Alba is a whirlwind of a guest star. 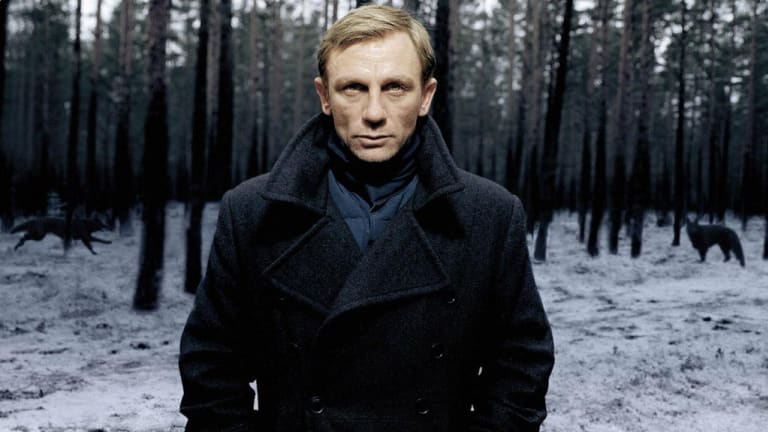 Before Daniel Craig was James Bond he was Fluke Kelso, an over-the-hill Oxford scholar whose reputation as an authority on Soviet history was seriously on the wane.

In Moscow for a conference, however, Kelso is handed a clue to an unsuspected legacy of Stalin's, and a bloody mystery unfolds.

This miniseries, based on the novel by Thomas Harris, keeps its big, chilling idea for the last of its three episodes. A prescient contemplation of the dangers posed by a humiliated Russia. 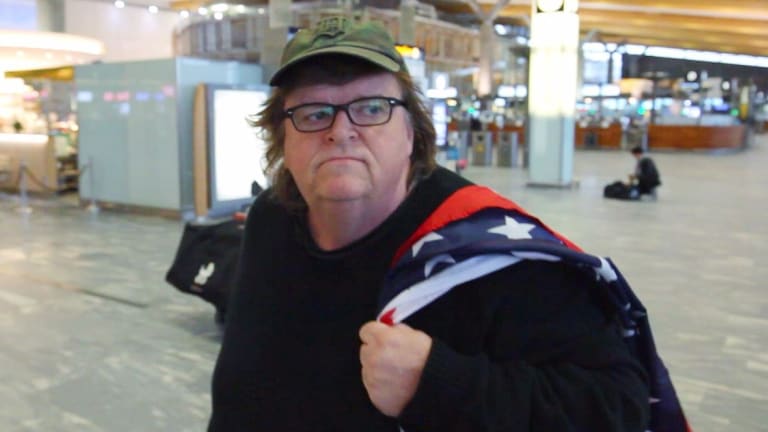 Michael Moore in his documentary Where To Invade Next.

Where to Invade Next
Stan

Michael Moore is in Europe, "invading" country after country in order to steal ideas to take home to America.

In Italy he finds generous leave entitlements that factory bosses say improve productivity; in Finland he finds a stunningly successful school system in which kids don't get homework; in Tunisia he finds free contraception and abortion, and women's rights enshrined in a new constitution.

After all these years you could forgive Moore for giving up on the US, but a trip to Berlin explains his optimism. 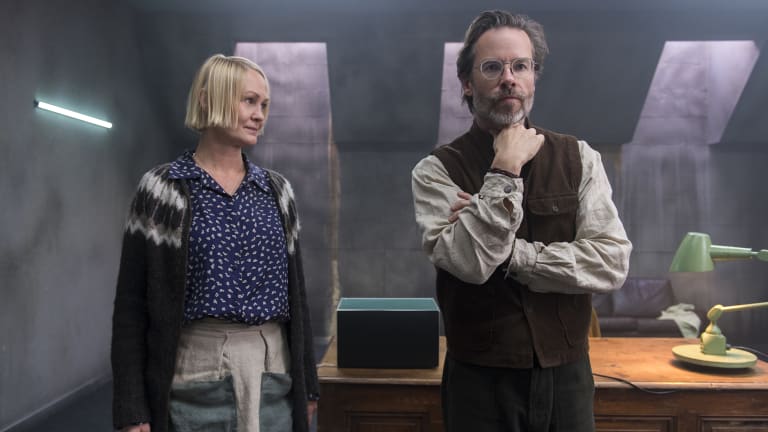 Guy Pearce stars in The Innocents, on Netflix from August 24.

The Innocents
Netflix, from Friday, August 24

Have you ever wanted to see Guy Pearce peel the pyjamas off a freshly-killed rabbit? Well, you've just hit a street called Easy.

And it's fun to watch, too – even if Pearce's character is part of a commune so creepy that he has to chase people up stony inclines to stop them throwing themselves from cliffs.

What's going on with that? It might have something to do with people who are able, somehow, to take on the physical appearances of other people.

As this intriguing new series begins, however, most of the action takes place a ways away among Yorkshire's sheep-nibbled hills.

There young June (Sorcha Groundsell) should be looking forward to her 16th birthday. Instead she's trying to foil her father's plan to take her to a remote Scottish island to protect her from some unnamed threat.

June's solution: do a runner with her boyfriend, Harry (Percell Ascott).

Before we know it young June is being played by a scruffy, middle-aged Scandinavian bloke (Johannes Haukur Johannesson). It's a surprising creative choice that turns out surprisingly compelling. 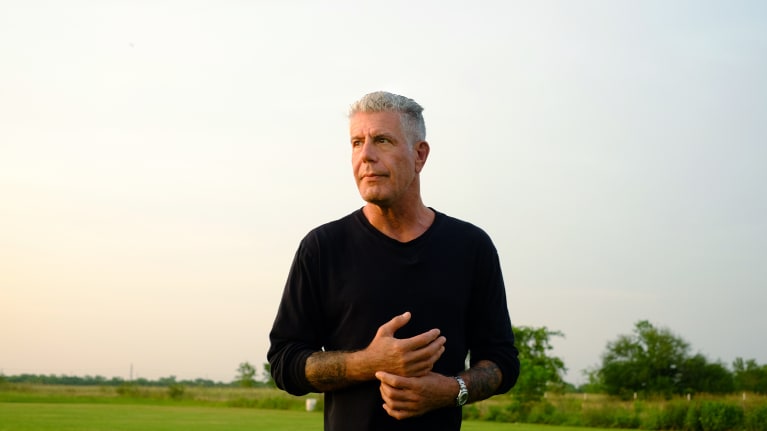 Anthony Bourdain's untimely death hasn't really cast a shadow over the enormous amount of great television that he left us. It has, however, cast that work in a poignant light.

Parts Unknown is the series in which he really pushed himself and opened himself up to people in some of the most troubled places on earth.

Whether he's in Myanmar, Libya, Iran or New Mexico, it's something to see.

Netflix has the first eight seasons; Discovery is screening the latest on Sunday nights.